A History of Newport Architecture in Four Parts: Colonial Settlement 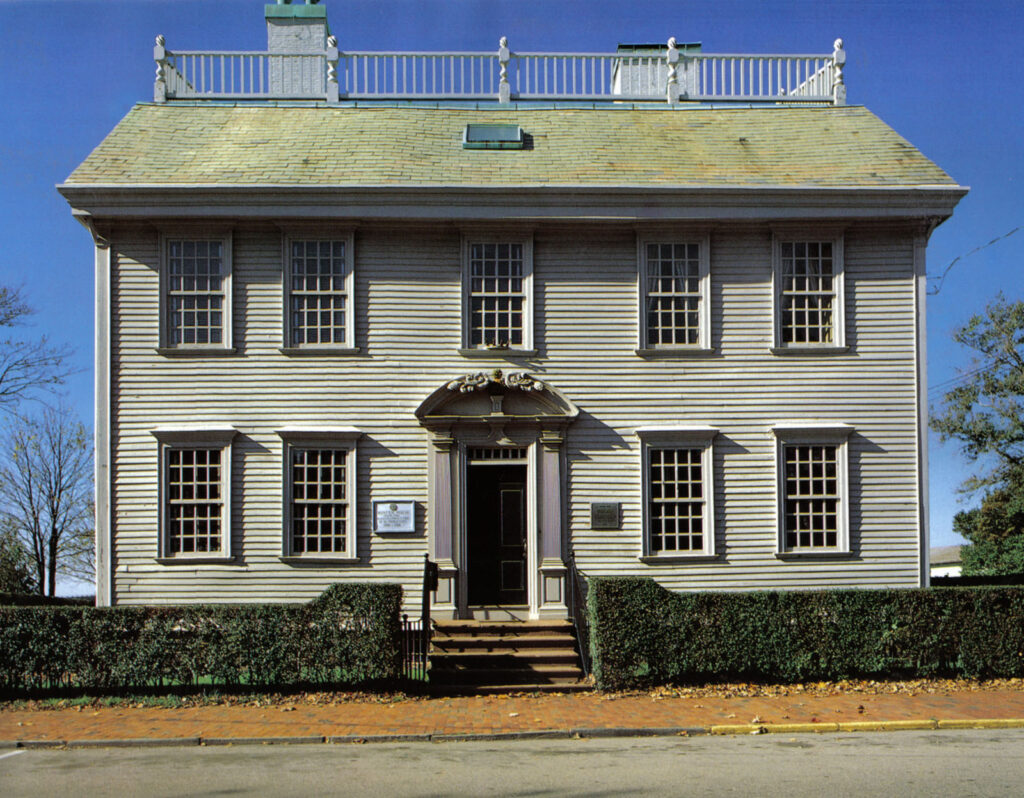 Early on Newport was a wealthy Colonial city—the fifth largest in North America at the date of the Declaration of Independence. As a result it had a large number of structures from that era including some of the earliest structures of their type. These notable buildings include the Quaker Meeting House (1699), The Old Colony House (1739), Trinity Church (1742) the Redwood Library (1747), the Touro Synagogue (1758), the Brick Market (1768) and many others still standing today. These buildings largely fall into four architectural styles: Colonial Settlement, Early Georgian, Mid-Georgian, and Late Georgian. One particularly outstanding example of the Georgian Style is Hunter House on Washington Street. This building was the first acquisition of the Preservation Society of Newport County in 1945 and is open for visitation by appointment as it is very compact in size.

Unlike several of the other major Colonial cities like New York, Boston and Philadelphia, after the Revolutionary War, the city underwent a long decline in population and economic prospects. This had the effect of, somewhat accidentally, preserving many of the colonial structures and instilling a care and thriftiness within the Newport community. For one hundred years buildings were rarely torn down but more commonly disassembled and moved when they had outlived their purpose as a given particular site. This native bend towards practical architectural preservation is perhaps one of the reasons that Newport and the American architectural preservation movement have become so closely aligned over the proceeding centuries.

Colonial Architecture, while present throughout the city and Aquidneck Island, where Newport is located, is most densely present in two neighborhoods: the Point, and Historic Hill. These are the neighborhoods located to the west and south of Washington Square, which was the original common around which the settlement of Newport grew after its founding is 1639. The houses in these areas are compact and closely located by modern standards but were gracious and elegant homes when they were built in the seventeen and eighteenth centuries. The vast majority of these buildings have been lovingly restored and modernized and the owners and residents of these homes love being right in the heart of the city and able to easily walk to restaurants, stores and other community buildings like libraries and theatres.

Washington Square, which was renamed from Queen Anne Square upon the death of the first president in 1799, was the place where Washington first gathered the Continental Army and French Expeditionary Force for their long march towards battles with the British Army and the American force’s final victory at the Battle of Yorktown. There are more than two dozen National Historic Landmarks, the highest honor an individual building can be given by the Secretary of the Interior, within half a mile of Washington Square, which is one of the densest concentrations of these important structures anywhere in the county.

Following historical periods (Early Victorian period, the Gilded Age and the Modern Era) will be posted in the upcoming weeks as a blog series.

Check out our latest walkthrough: