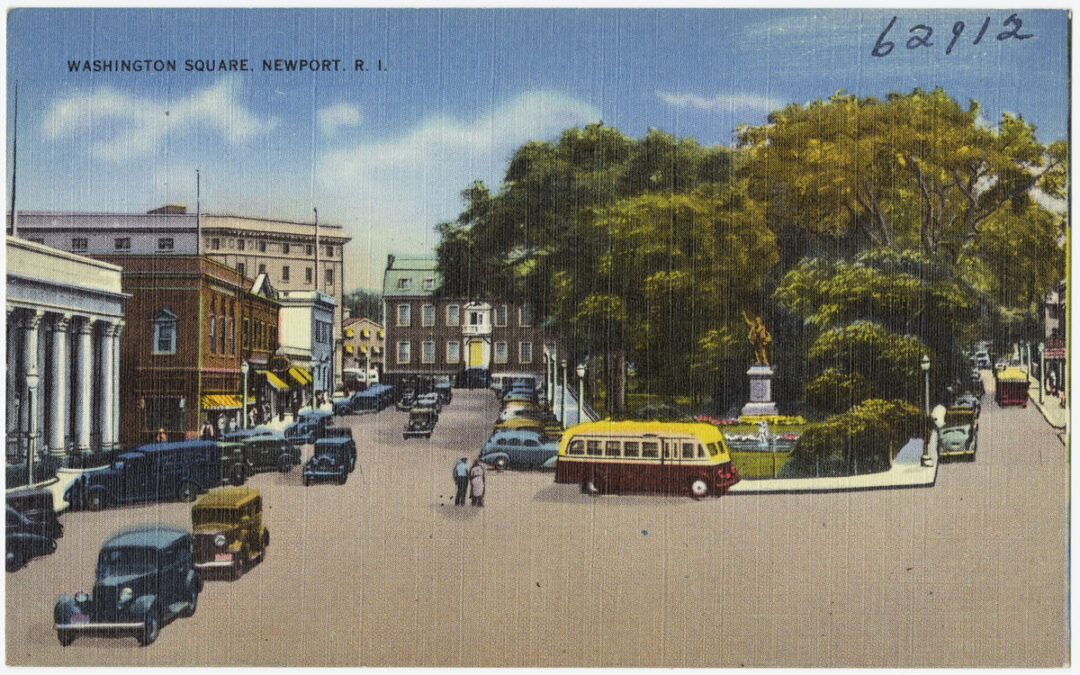 Every great community needs a great gathering place, and for the last 350 years, Washington Square in Newport has been it’s heart. Over time, the square had become a bit rundown and vacant of activity, but today the parts and pieces of this area are coming back together because of the hard work of many dedicated citizens and organizations.

The sidewalks have been widened and crosswalks installed to slow traffic. This year the new LED street lights were installed and working in Eisenhower Park during the holiday celebrations. Part of the ongoing effort of the Washington Square Advisory Commission was to restore the area to the highest possible standards, which would allow the beauty and function of the Square to continue far into the future. The new light posts were created to have the same historic appearance as the old gas lights, but the new LED lamps offer much better illumination of the park to improve safety and utility. Each of the new poles has an electrical outlet so that white “fairy lights” and useful devices can be easily accommodated during holidays and events.

All these efforts to bring Washington Square back to life are starting to pay off. Just last week, the annual “Christmas in Newport” kick-off was celebrated with an open house at the Old Colony House, hosted by the Newport Historical Society, which manages and operates the building on behalf of the state.

Similarly, on the Fourth of July, the crowds are growing each year for the reading of the Declaration of Independence from the Colony House steps, the same place from which it was originally read in 1776.

But much more is happening behind the scenes. There are two major undertakings: the creation of a new park at the location of the former Coffey gas station and the restoration of the Newport Opera House.

Under the leadership of the Newport Spring Leadership Committee, chaired by Lilly Dick, the site for the park has been purchased and the soil that was contaminated through its use as a gas station for many decades has been cleared and replaced. The process is now underway to revise the roadway design about the area to promote greater safety for pedestrians and vehicles alike. The committee is trying to negotiate with property owners and the city to implement the traffic route recommended by the engineering consultants.

The other major effort currently unfolding is the restoration of the Newport Opera House. Thanks to a statewide bond and matching gifts from many community members, foundations, and private philanthropists, construction is moving forward on what will eventually be a state-of-the-art performing arts center. In a time when people are more and more isolated in their own worlds of iPhones and computers, the transformation of the Opera House Theater into a performing arts center is a bold effort to bring people together in real life to enjoy theatrical and musical performances.

Just as Newport’s Washington Square was once the center of civic life within the community, it is hoped that after all the building and streetscape construction is complete, the area will once again be a place that every native and visitor to the “City by the Sea” will look to gather on the Fourth of July, Halloween, the launch of Christmas in Newport and countless other opportunities to gather for a concert, picnic or parade. Every Newporter and visitor will benefit from these efforts, and I urge everyone to help out however they are able.