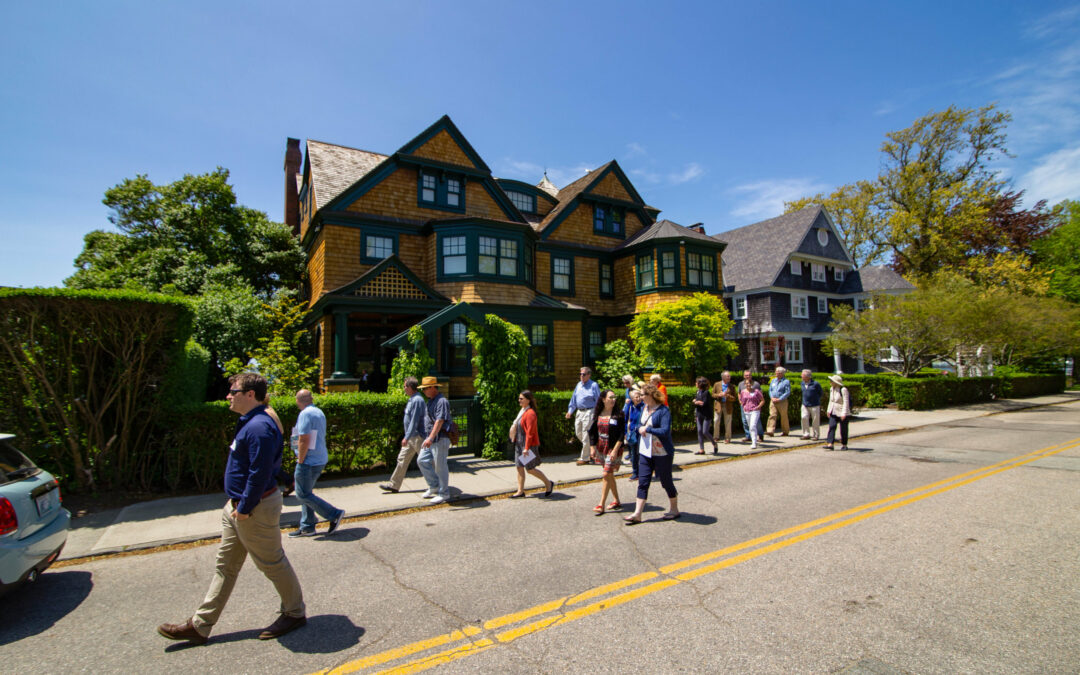 The 2019 Newport Architectural Symposium took place this past Saturday, May 25. The topic selected for the Symposium was “The Architecture and History of Newport’s Point Neighborhood.” There are really no areas of Newport that have a full spectrum of buildings from each period of the city’s architectural development. From the tiny gambrel saltbox houses like Pineapple House to Stick Style mansions of the mid‐Nineteenth Century like Villa Marina to large Queen Anne revival, Shingle Style houses built in the last decade on Washington Street, the Point is rich in architectural history.

After a continental breakfast, three lectures of about 40 minutes each were delivered on topics thematic to the symposium. The first lecture led by Ross Cann, an architect and historian teaching at Salve Regina University, covered the architectural history of the neighborhood and provided main characteristics of each of the various building styles present in Newport’s Point neighborhood. The second lecture delivered by Trudy Coxe, the Executive Director of the Preservation Society of Newport County (PSNC), discussed the history of the preservation of Hunter House and how this event was critical to the creation of the PSNC. The last lecture delivered by Lisa Stuart, the archivist of the Point Association, was on the subject of Operation Clapboard and how the preservation of a group of Colonial houses in the 1960s attracted the attention of Doris Duke and led to the creation of the Newport Restoration Foundation. After a catered lunch the group divided into three groups to tour about 20 buildings and structures in the Point neighborhood that have been important to the area’s architectural history and economic development. At the end of the tours the participants gathered in a Point mansion to enjoy a late afternoon closing reception overlooking the water.

The Point neighborhood was cut in half in the 1970s by the construction of America’s Cup boulevard and has the feeling today of an enclave, protected to a large degree from the tourist hustle and bustle of the rest of downtown Newport. 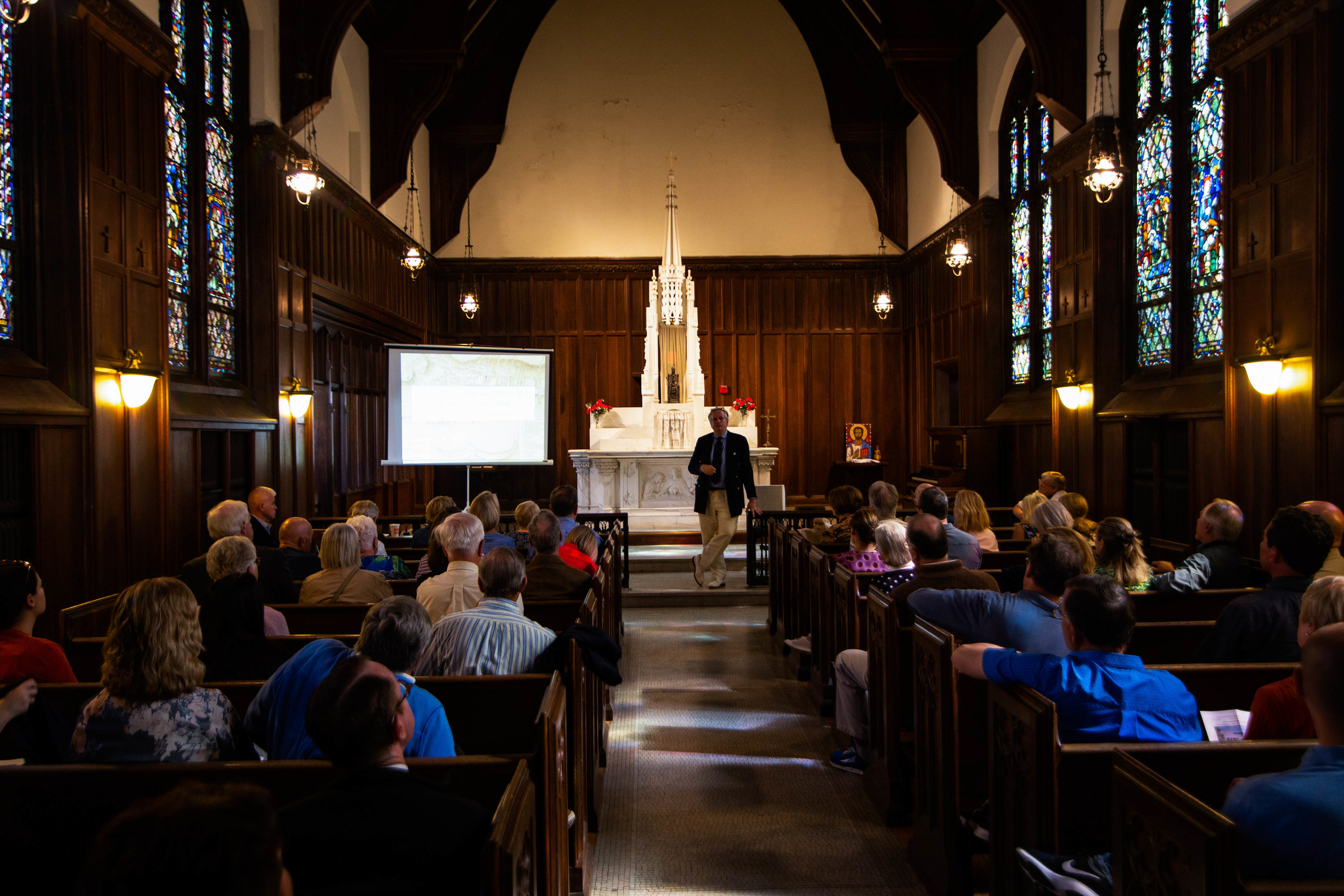 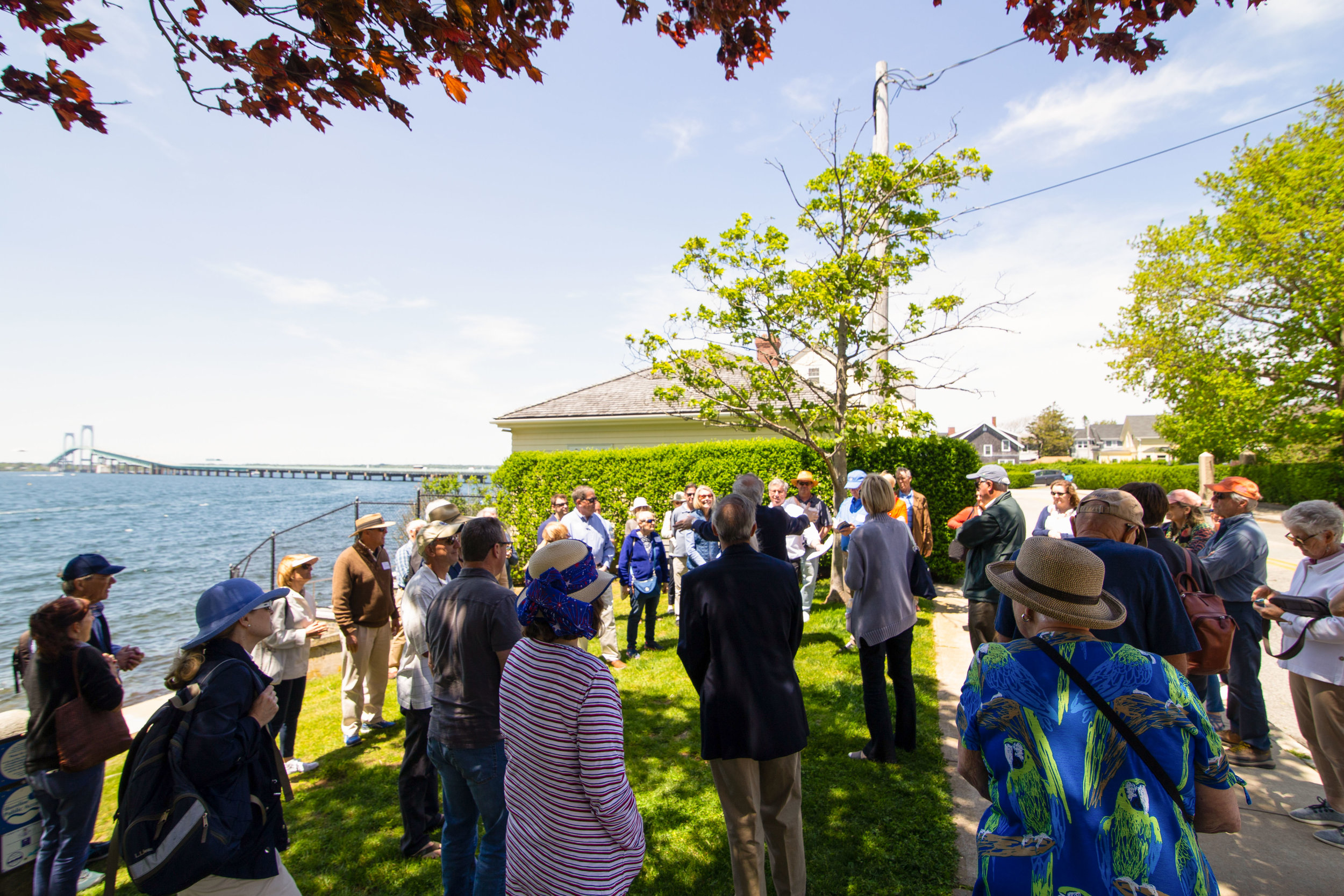 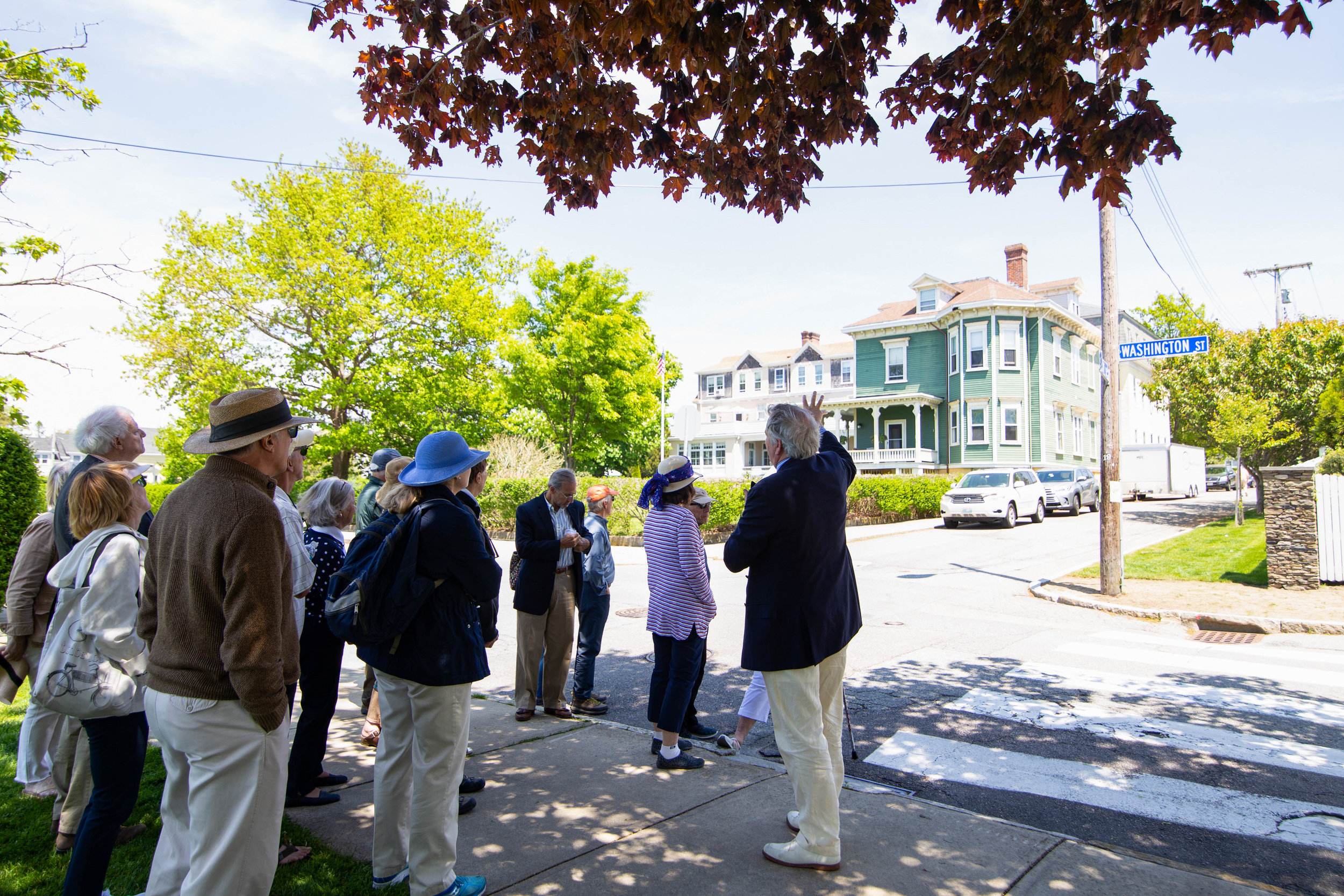 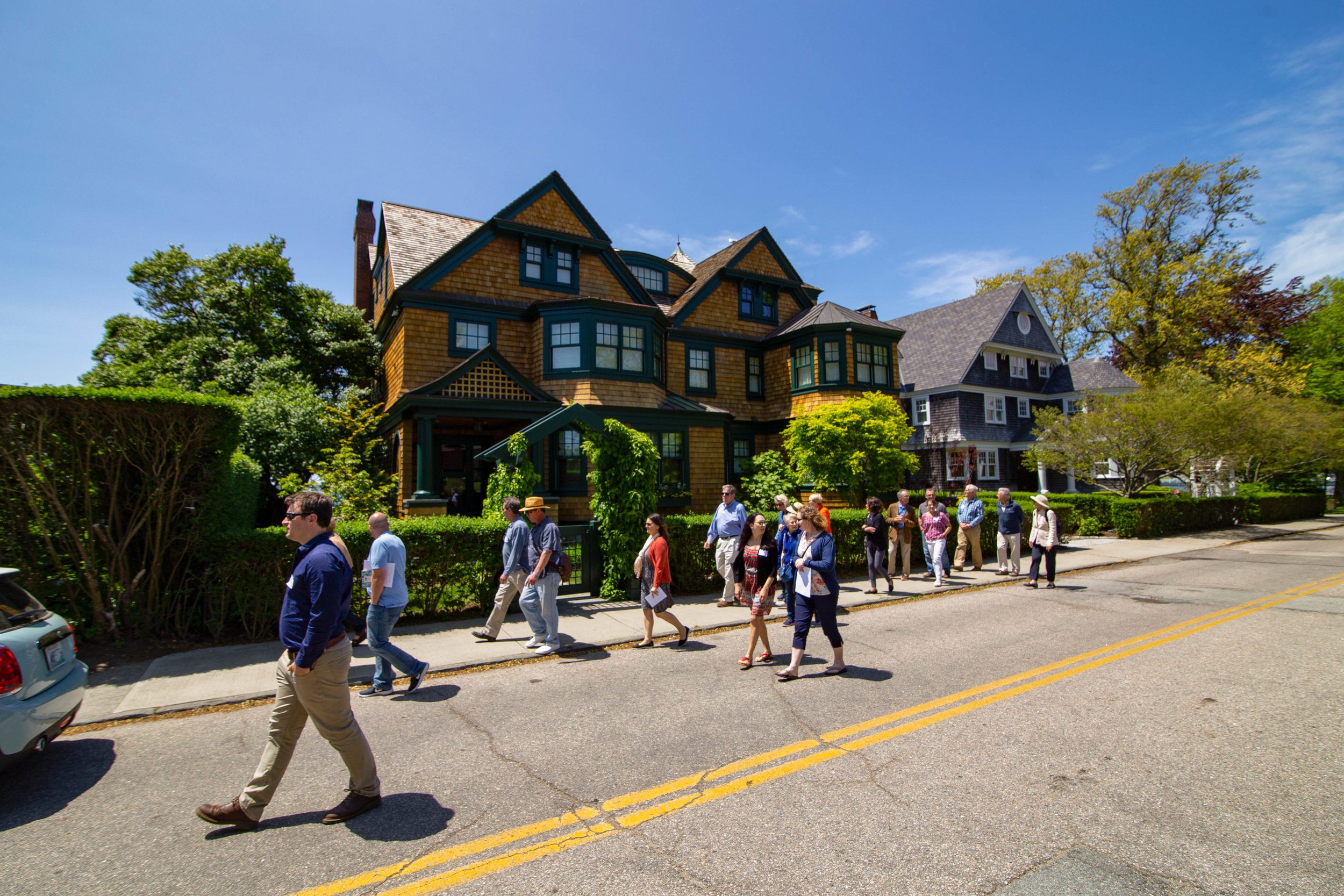 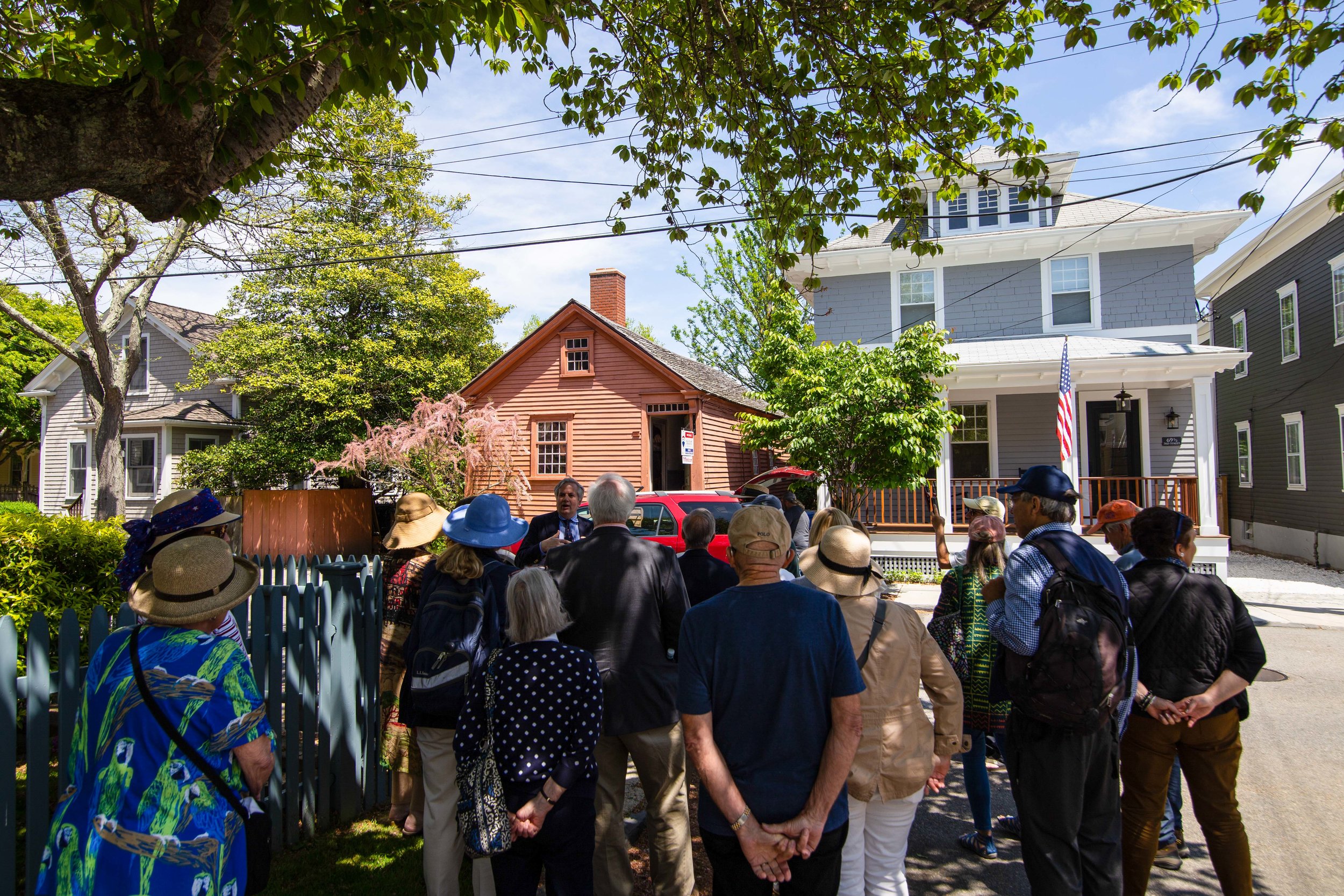 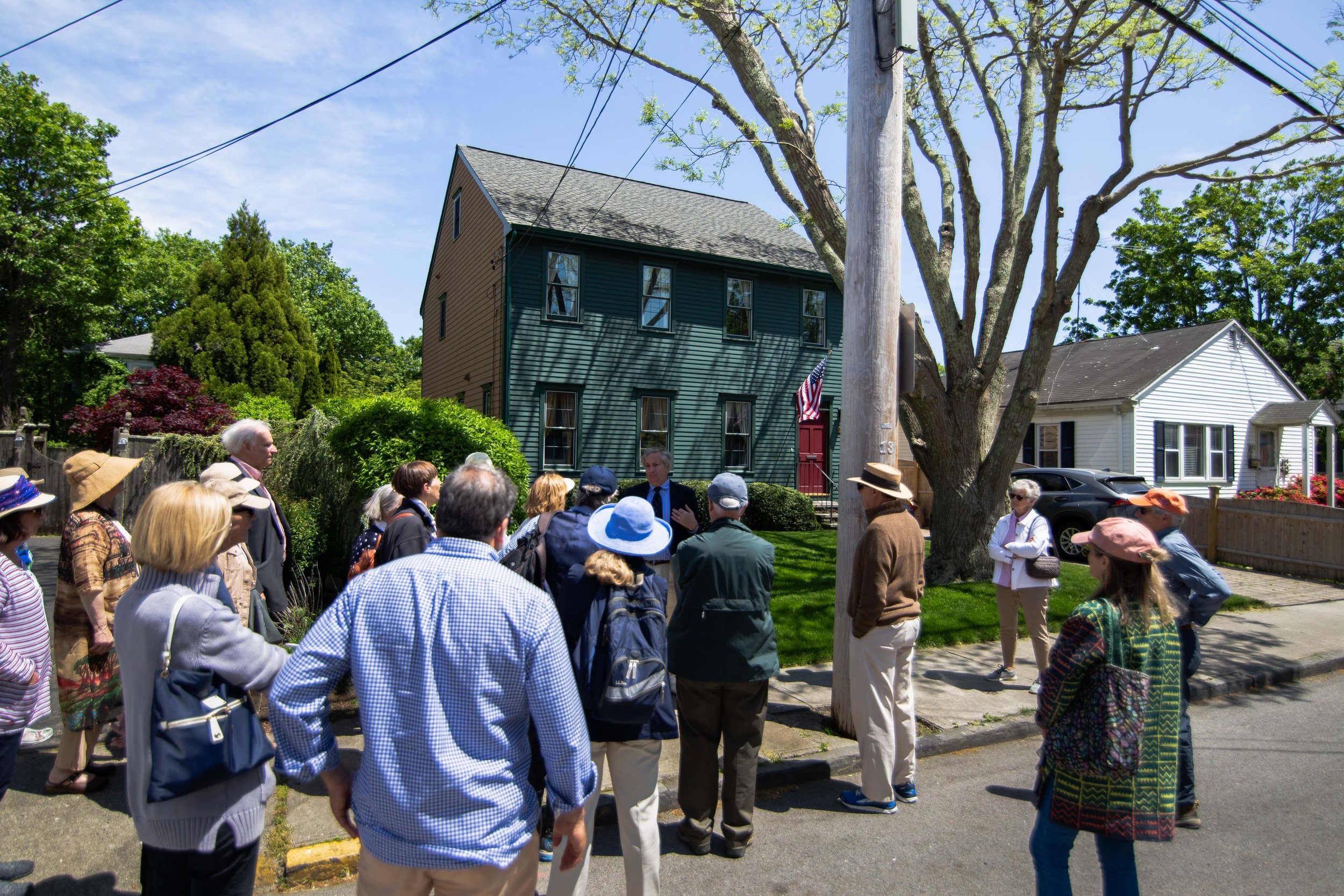 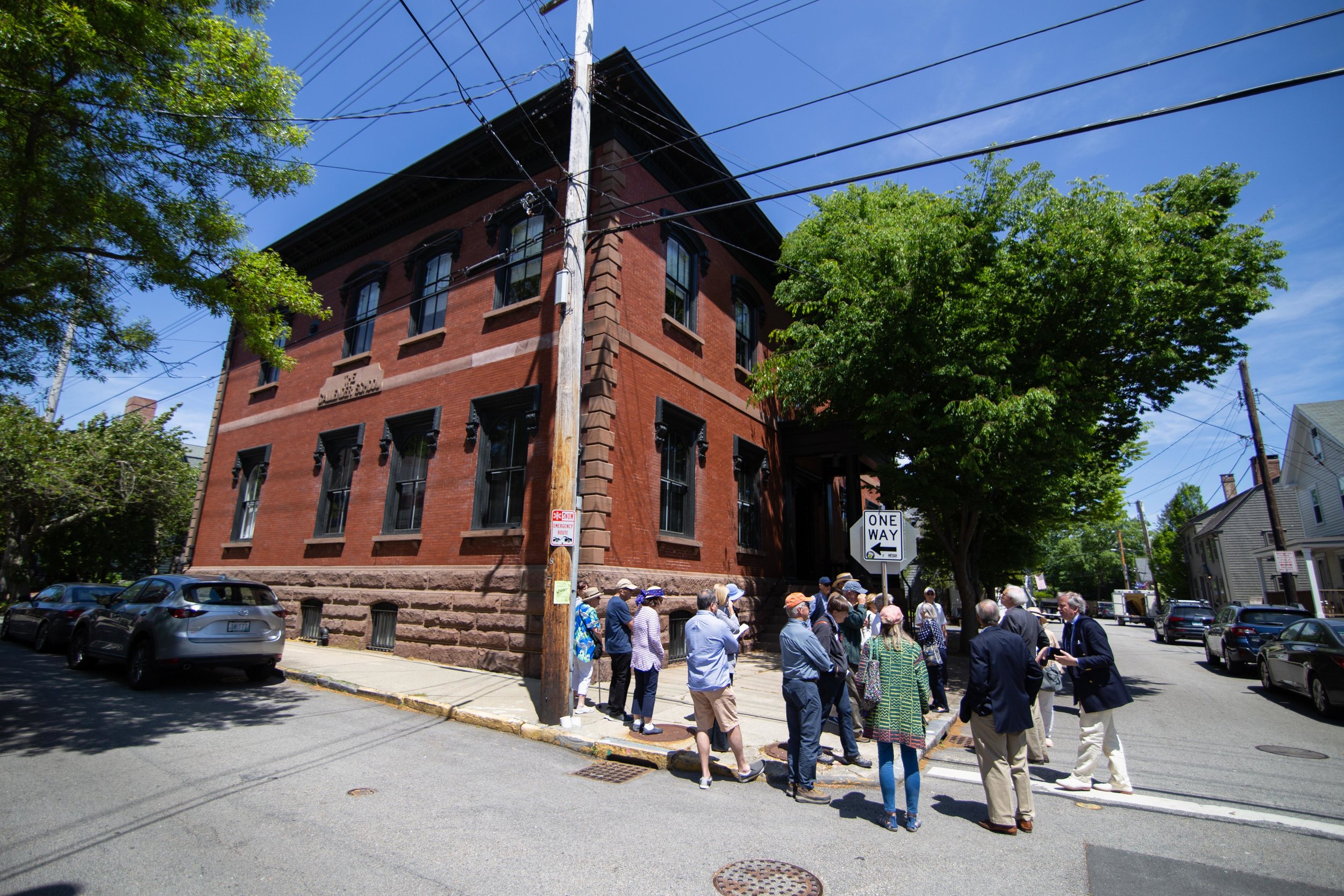 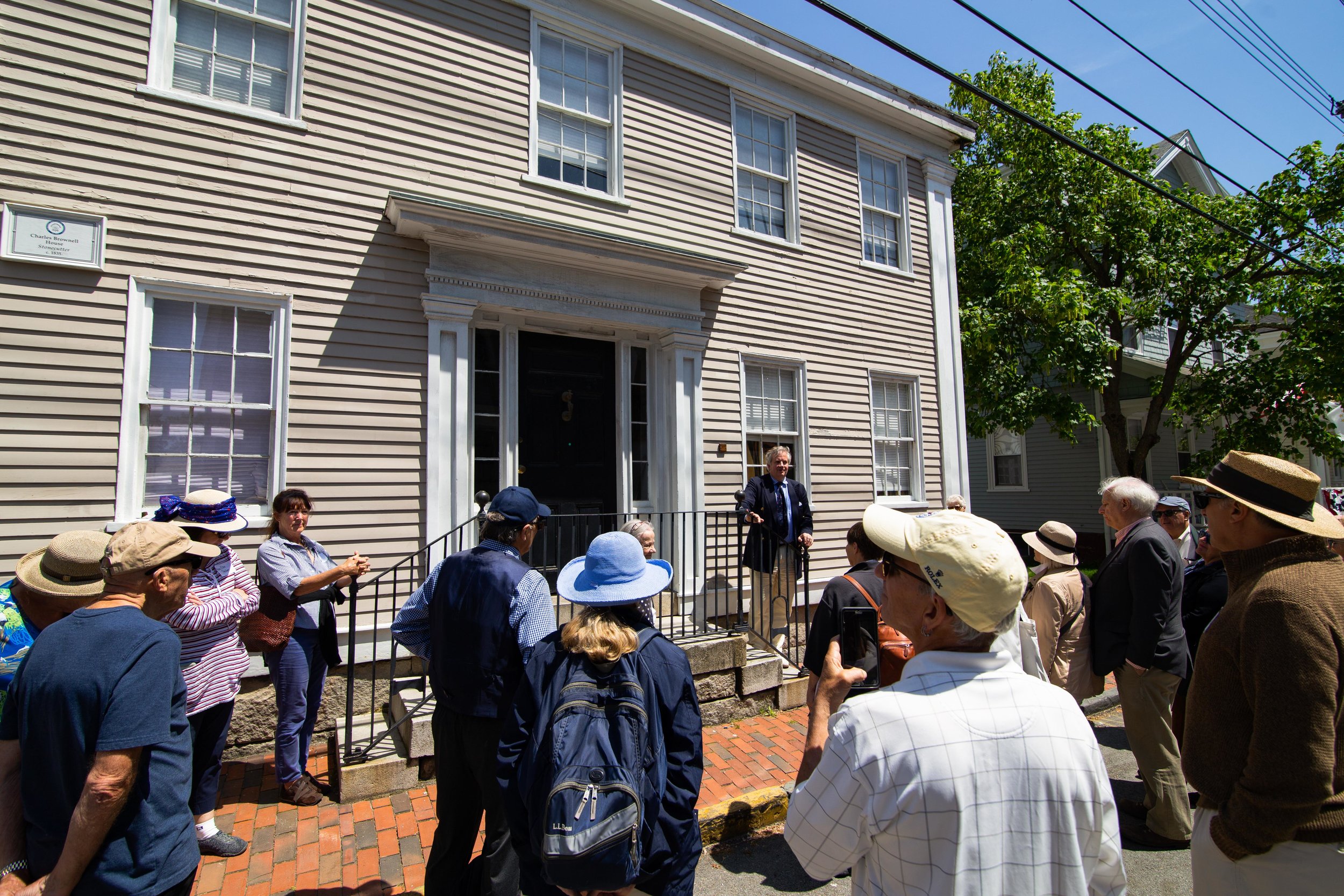 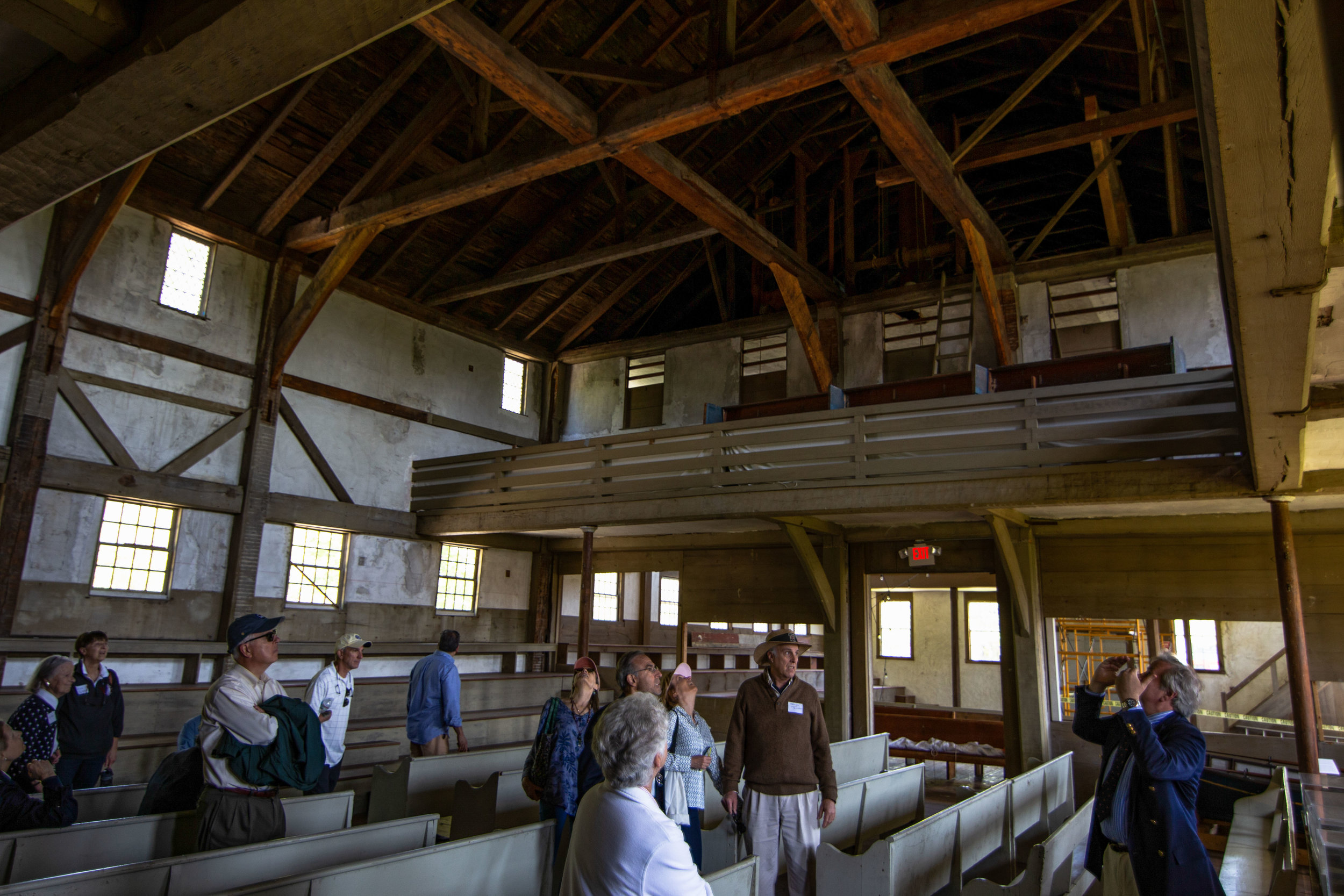 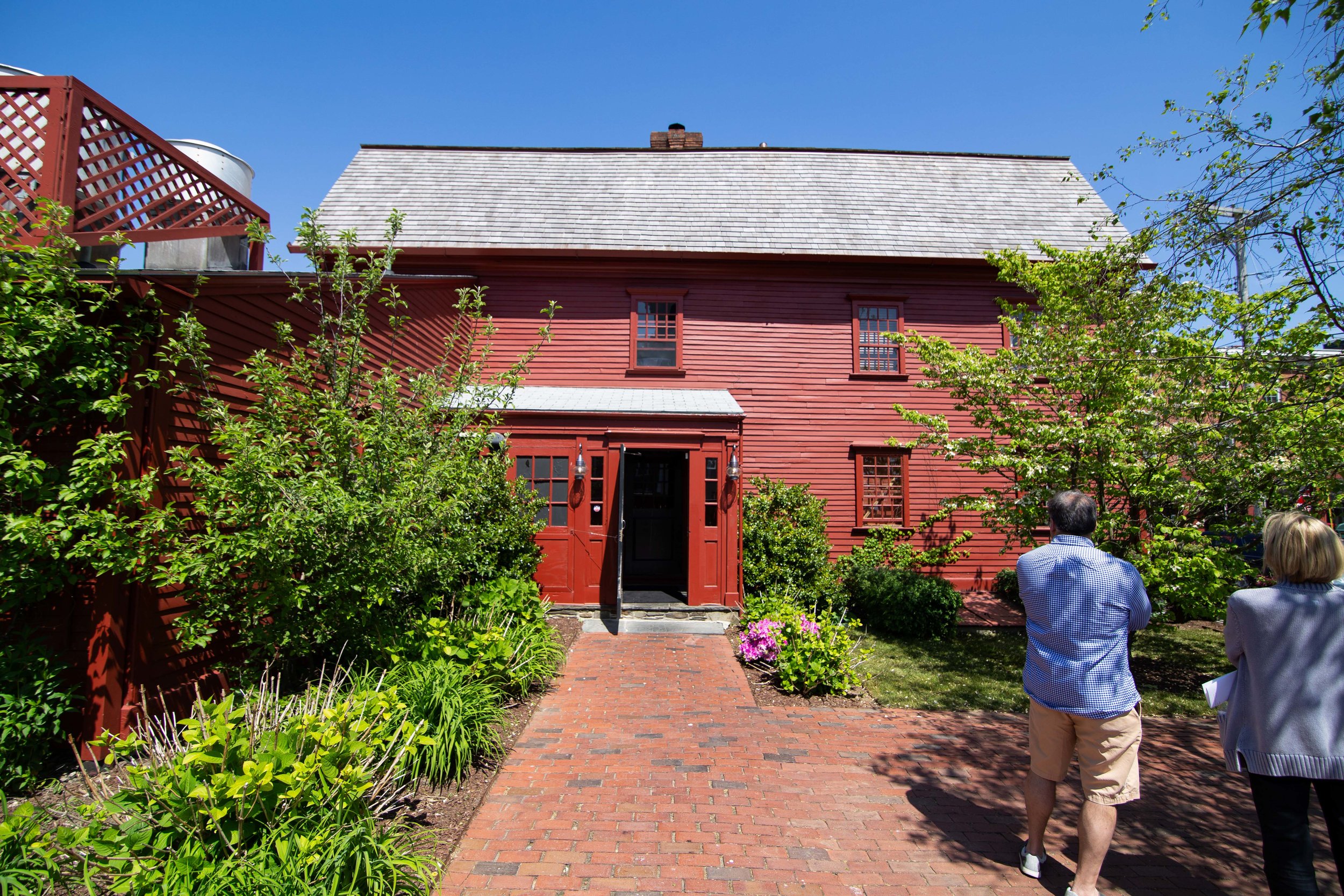 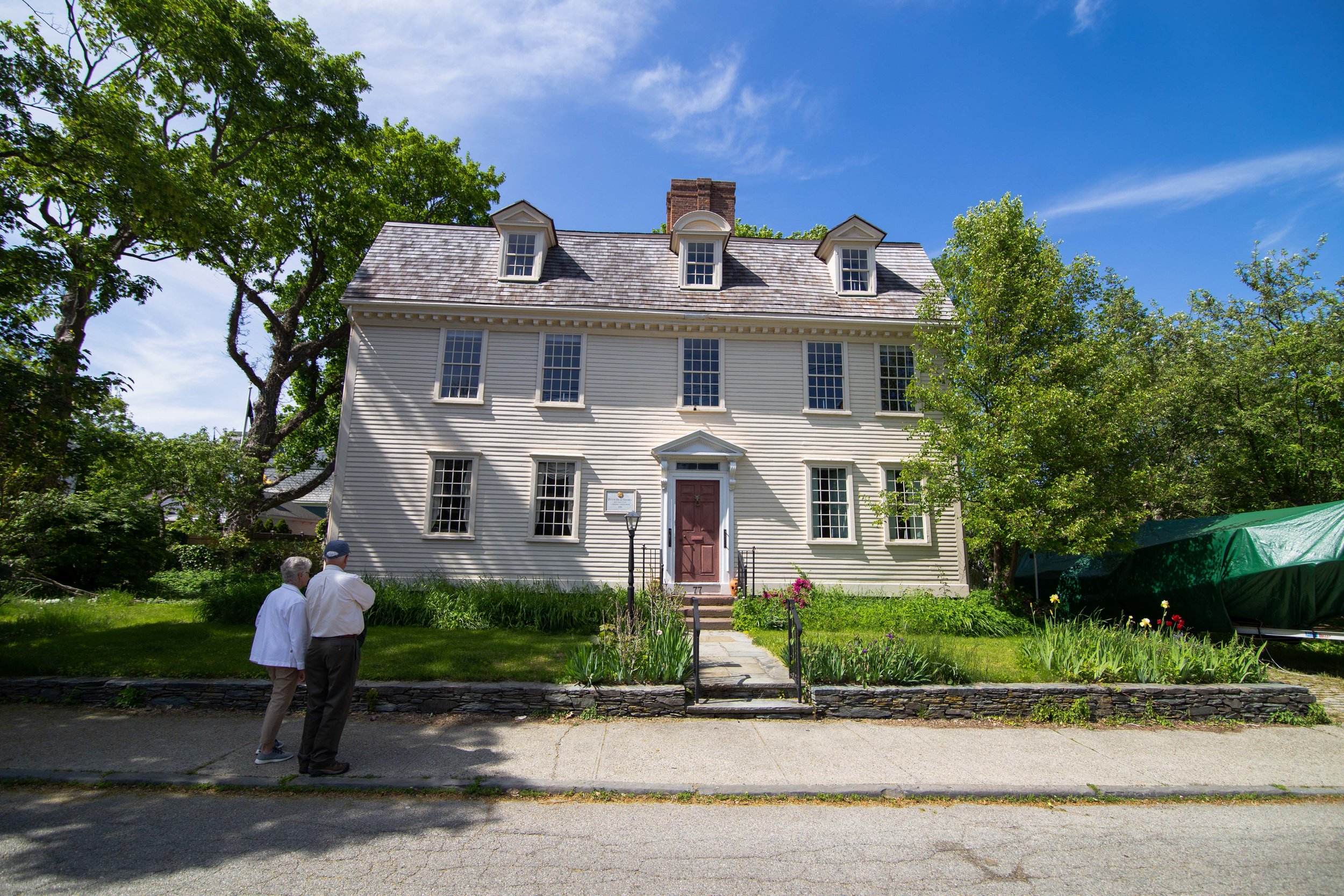 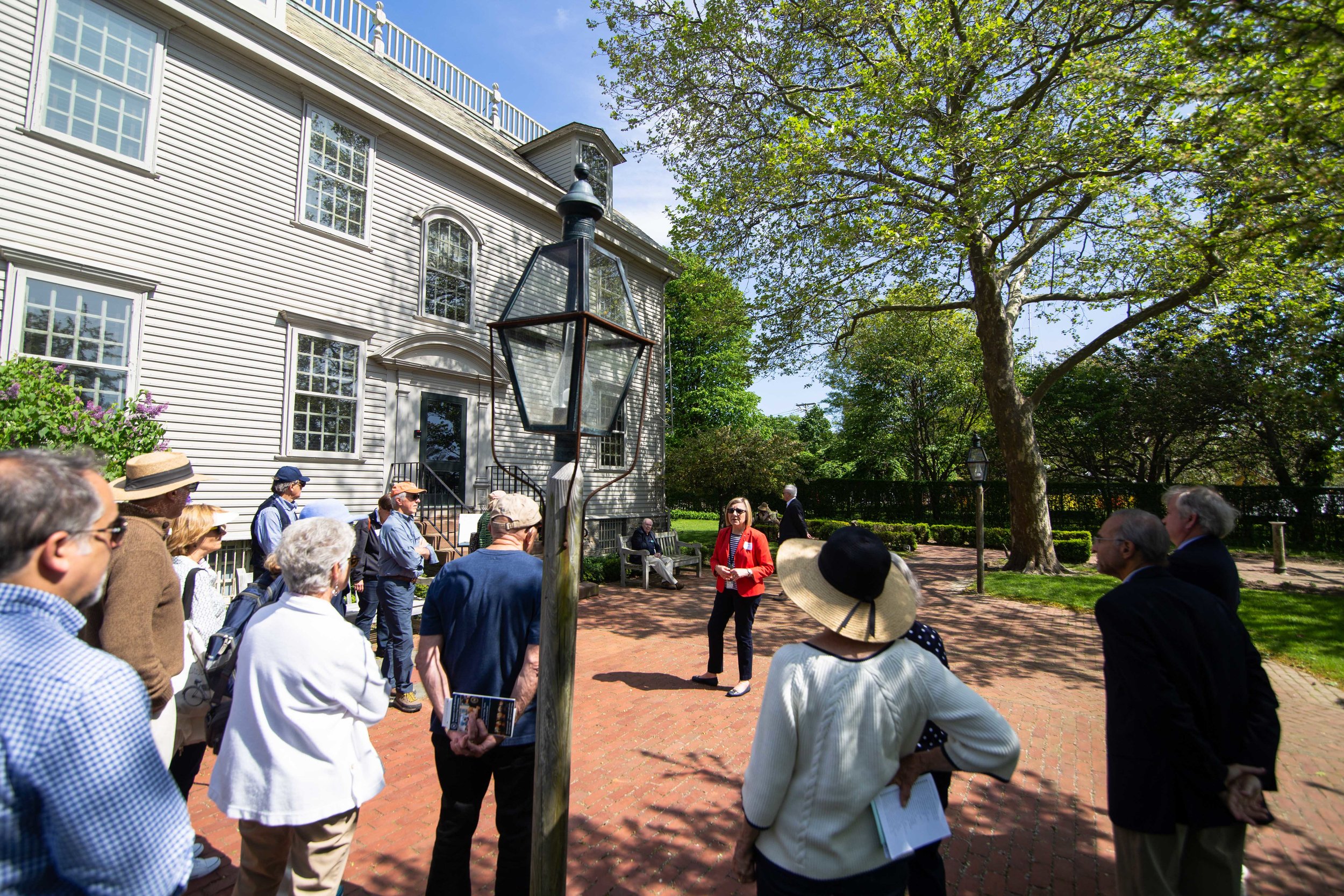 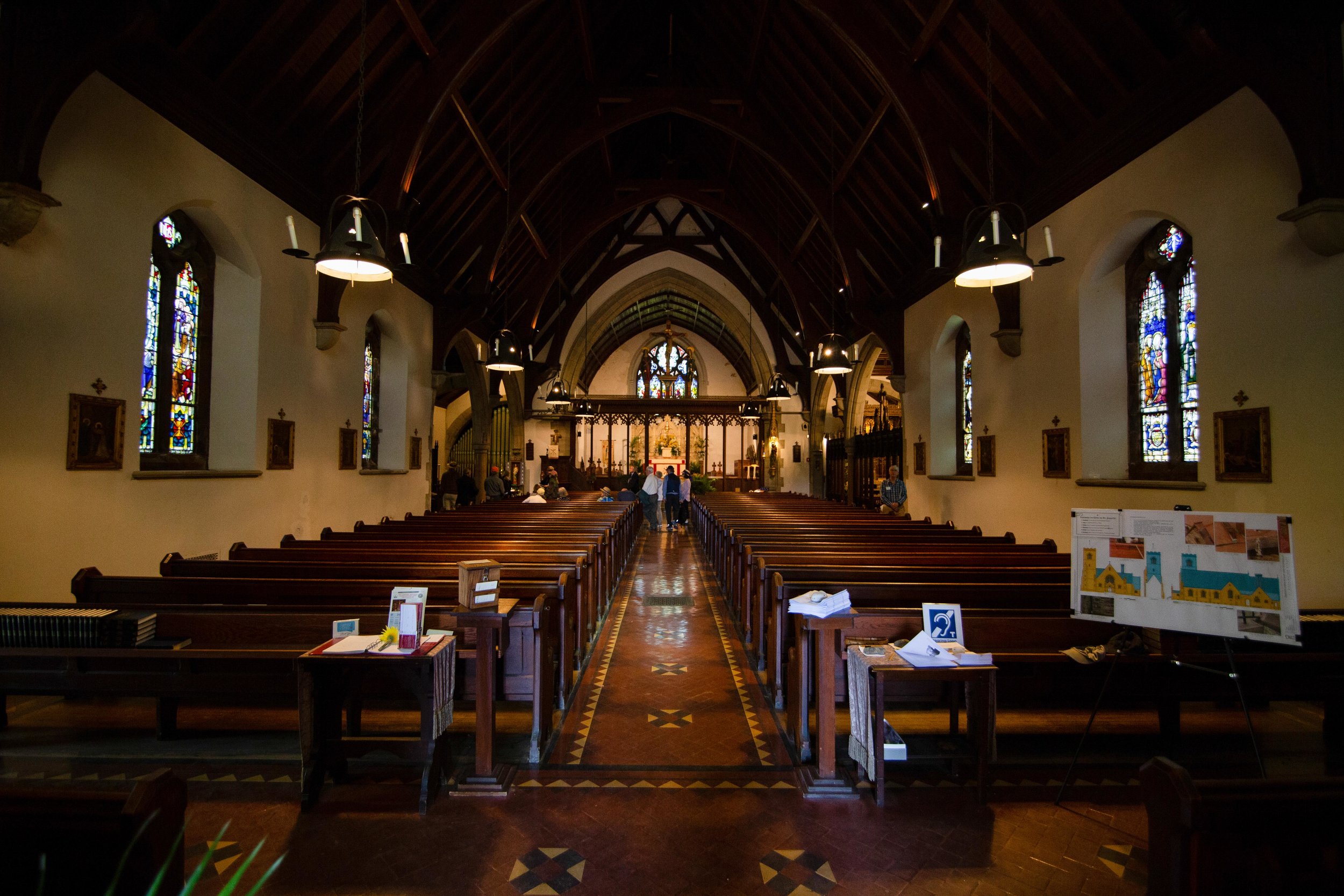 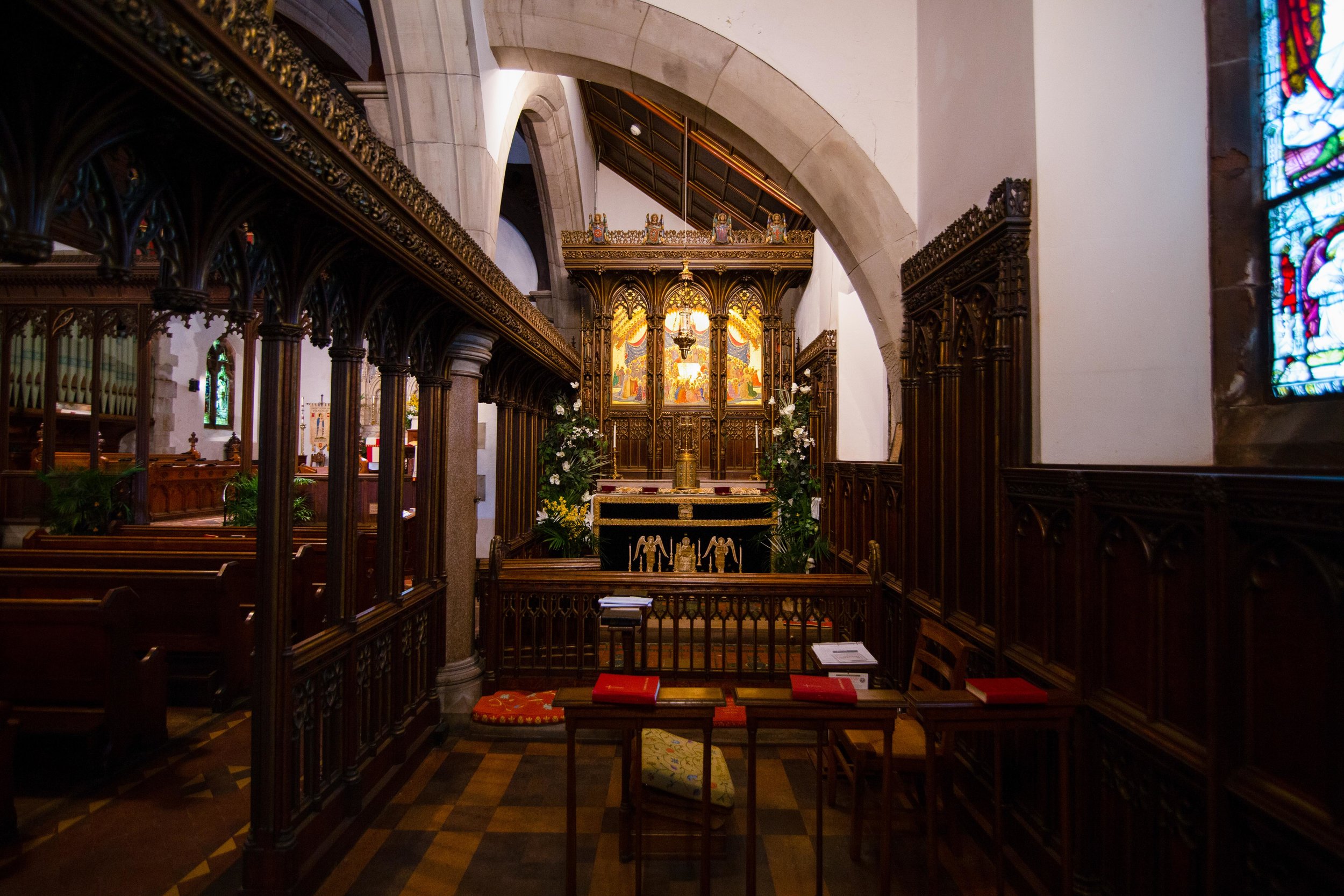 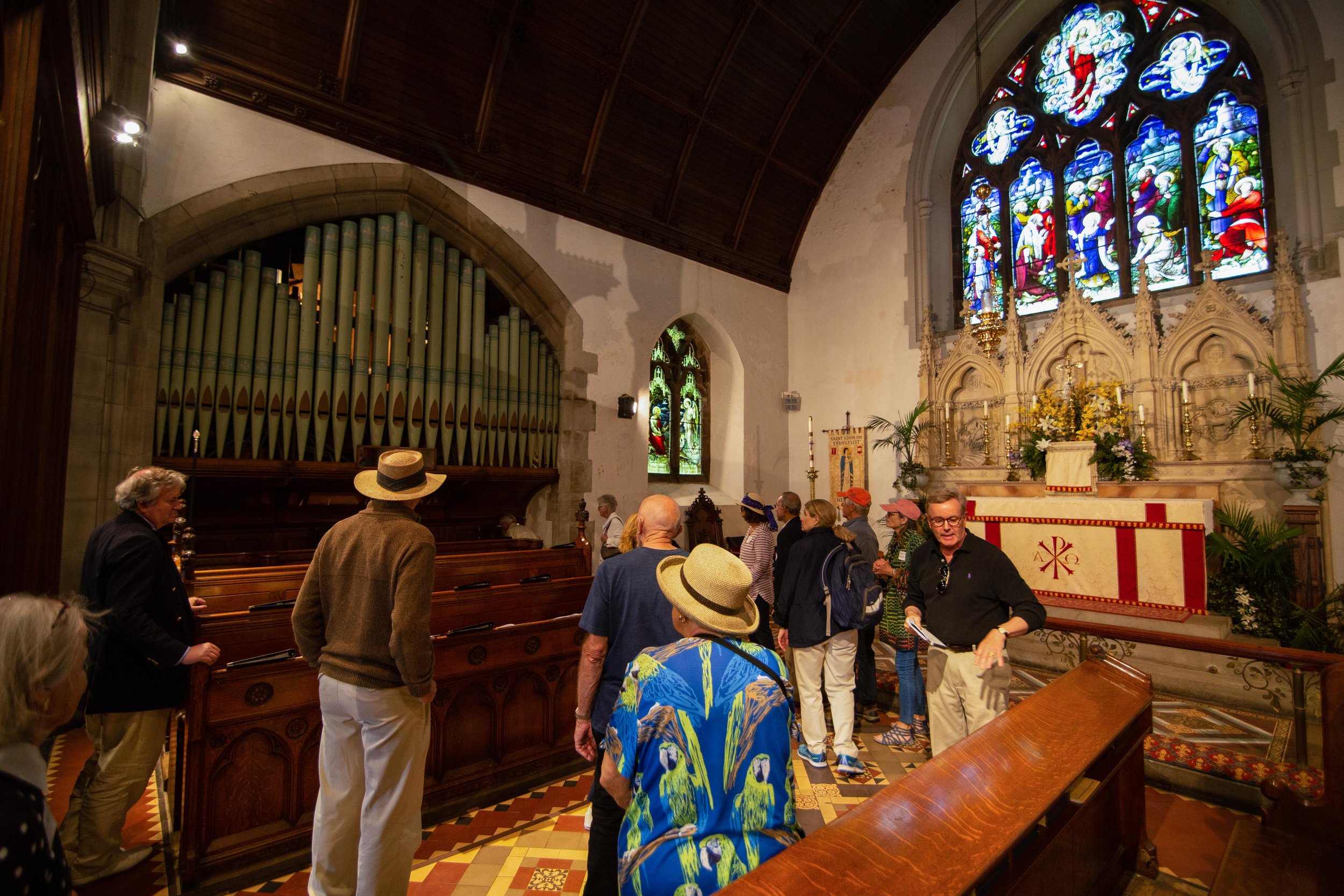 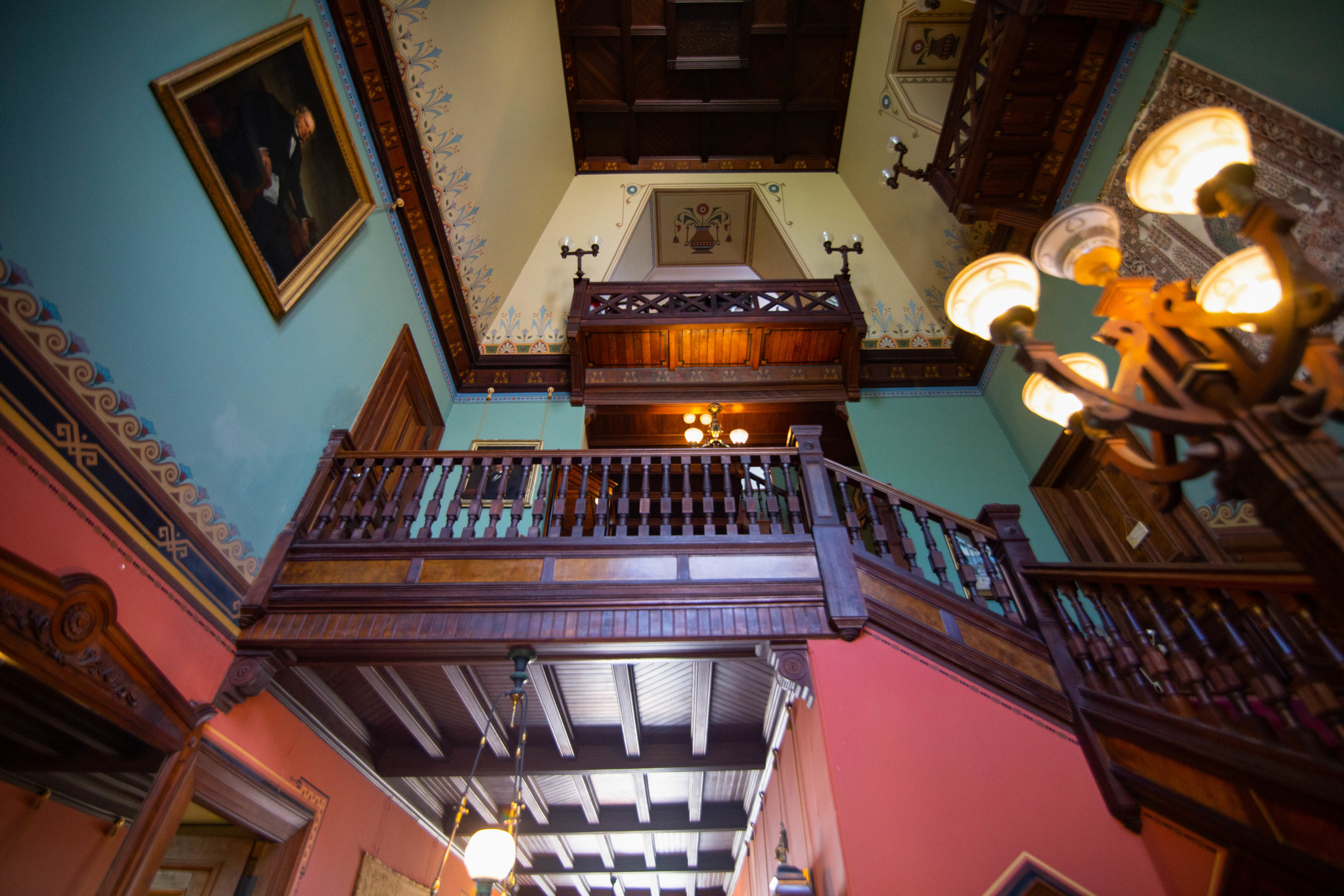