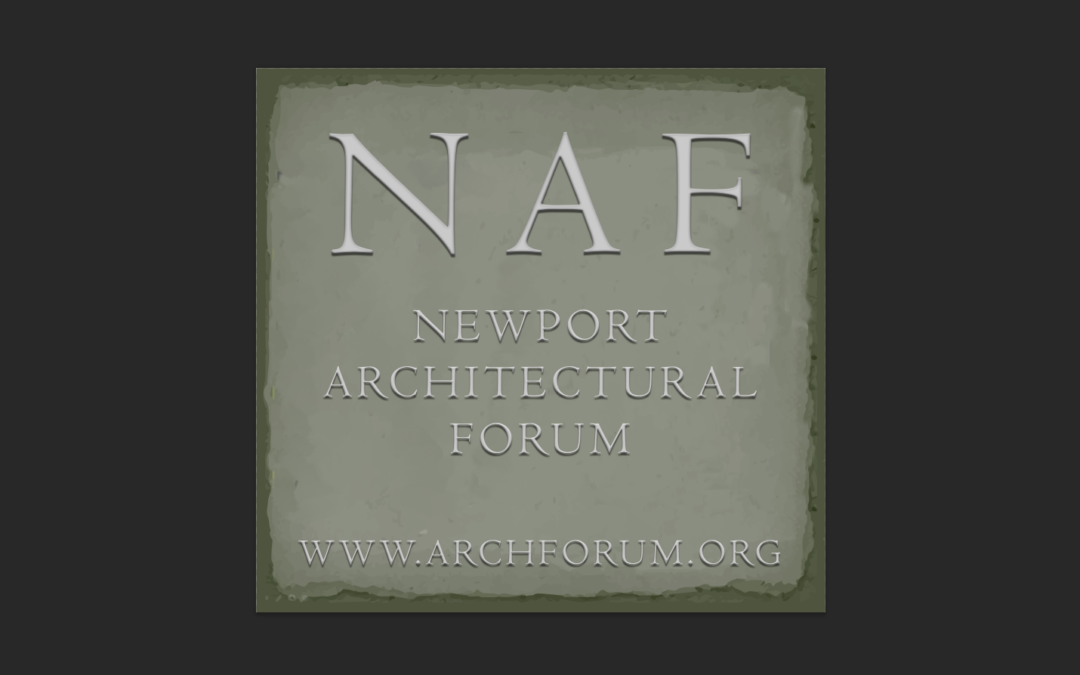 Newport’s architecture is some of the oldest and grandest in the country. From the Colonial Era, to early Victorian, to the Gilded Age, leading up to present times, Newport’s small community has countless architectural marvels. There are more National Historic Landmarks here than the rest of the entire state of Rhode Island combined and, as a result, Newport’s prominent structures have become a touchstone of American architectural history for scholars and architects.

During the Gilded Age, influential firms like McKim Mead and White, but also Richard Morris Hunt, Peabody & Stearns, Carriere and Hasting, John Russell Pope, visited Newport for inspiration and practiced their art here. These architects would then go onto complete extraordinary buildings like the Breakers, Elms, and Rosecliff, among countless others, many of which were featured in national architectural journals like American Architect and The Architectural Record spreading their influence by sharing their plans and images widely.

Newport residents often forget how marvelous this place really is and what amazing works of architecture are all around us: the Newport Casino is the place where we play tennis, rather than the beginning of the Shingle Style of architecture; the JNA Griswold House, is known simply as the Newport Art Association, and not the first major work by the first American-born student to attend the École de Beaux-Arts, and therefore the start of a new American-era of academically influenced architecture. 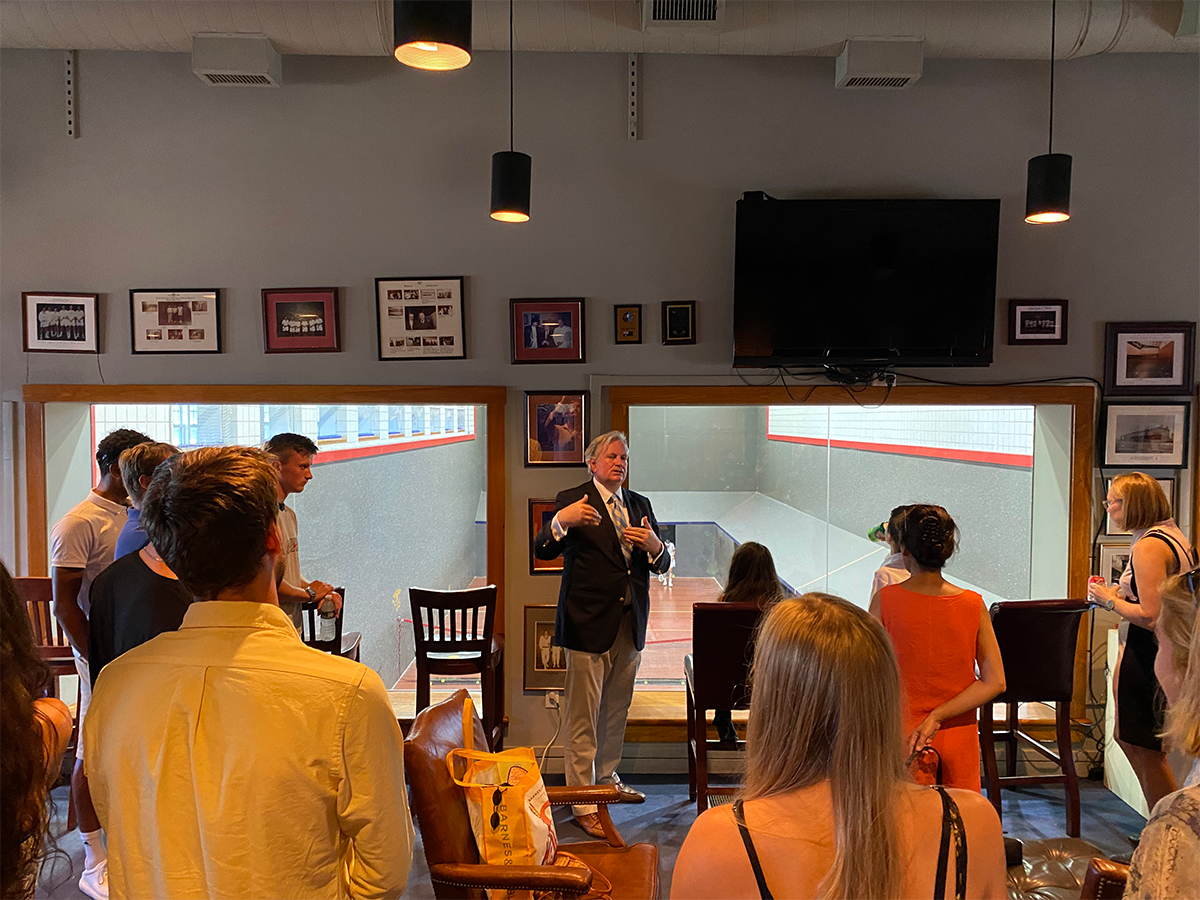 In 2007 the Newport Architectural Forum was formed to inform and assemble tours and panels, while celebrating Architecture. Additionally, the allied subjects of Urban Planning, Landscape, and Interior Design were also adopted. Originally sixty interested people were listed as the Founders along with Ross Cann, who is the Founding Chairman. Since that time the Forum has since grown and many hundreds of people have become members over the years. Furthermore, many thousands have participated in events, tours, exhibitions, lectures, and symposiums organized or promoted by the Architectural Forum with the help of other Newport institutions.

During the Covid-19 crisis, the Architectural Forum moved online with Zoom calls, but now we are happy to slowly (and safely) be getting back and resuming to in-person experiences. Membership into the Forum in past years has allowed members discounts of more than $200 off all events that the Forum organizes and supports over that given year. A4 Architecture, which was also founded by Ross Cann, is currently the sponsor of the organization, providing a home and staffing for the community group. If you have a love of architecture, landscape, interior design, or urban planning, please consider downloading and submitting a membership application, which is only $20 per year or $15 for the last half of the year. 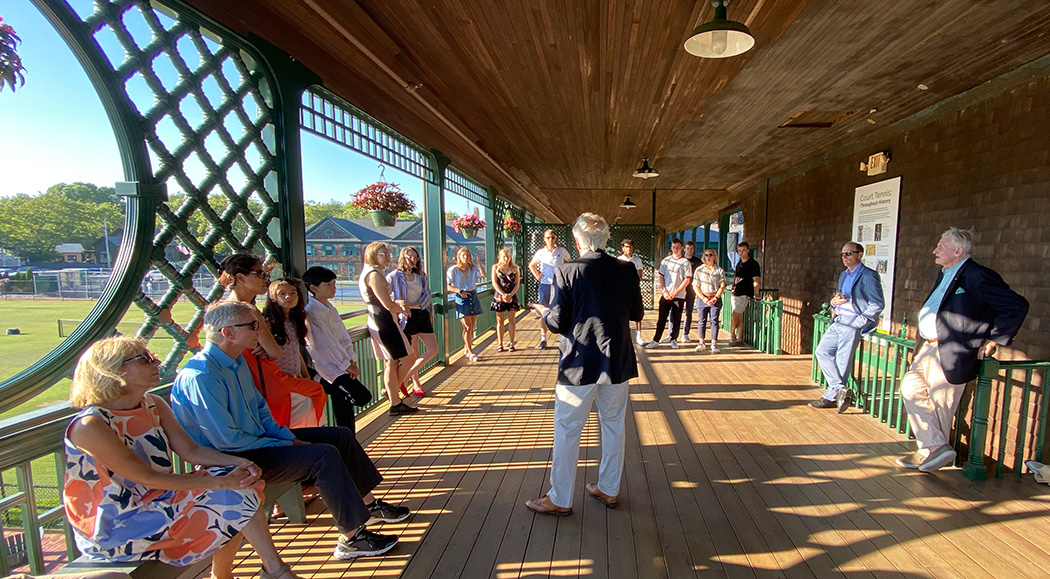 If you are interested in these subjects but prefer not to part with the princely sum of $20, apply to join the Newport Architectural Forum (Facebook Affiliates), as this is free of charge. Although you will not be eligible for event discounts or free admission to member-only events, you will get regular posts on design and history as well as regular notifications of interesting events happing within the community. Newport is such a special place that it deserves a group to celebrate it, and that group is the Newport Architectural Forum. We look forward to your involvement and engagement.

Ross Cann has been a licensed architect since 1993 and has decades and hundreds of projects of experience. He holds honors architectural degrees from Yale, Cambridge, and Columbia Universities and Management Certificates from Brown University and the Goldman Sachs 10KSB business program.