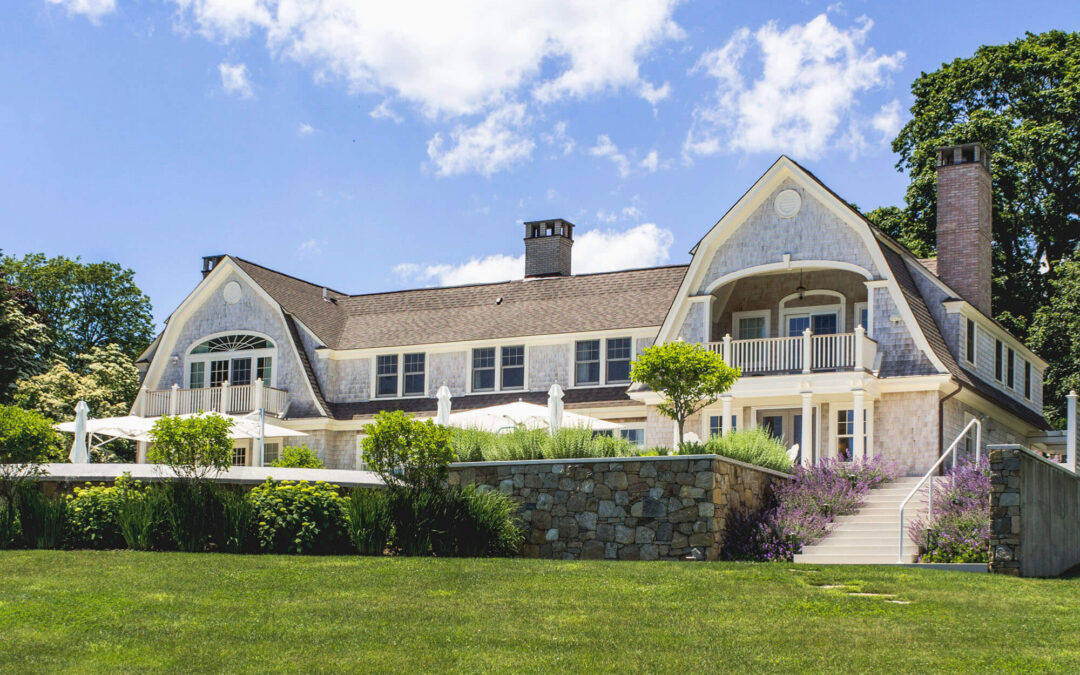 Newport is fortunate to be a treasury of great architecture from a wide variety of periods. By a combination of happy accident and hard work, unlike many places where great works of architecture have been lost to successive periods of growth, Newport has maintained its architectural legacy. The history of Newport architecture falls roughly into four distinct periods: Colonial settlement, Early Victorian period, the Gilded Age and finally, Modern Newport architecture.

Following the First World War, the Gilded Age was essentially over and the Modern Era of architecture began. The expansive houses of the previous era could no longer be sustained with large staffs of people as many had given up service in the grand homes to work in factories or other employment as the country built up the industrial expansion that had accelerated during the war. Still, Newport was still a beloved place for many and the traditions of elegant entertainment and fine living carried on in many of the mansions along Bellevue Avenue and the well-known Ocean Drive.

Stalwart supporters of the architectural heritage of the city – such as Doris Duke (reportedly the richest woman in America at that time) and Katherine Warren – organized and helped fund the creation of the Newport Restoration Foundation and Preservation Society of Newport County respectively. Their efforts in turn channeled the work of the community towards preserving and restoring many dozens of important homes and buildings. This hard work, in turn, stemmed the tide of neglect and destruction seen elsewhere. The architecture of Newport became not just the city’s heritage, but also an essential ingredient of attraction to the growing and thriving hospitality industry as Newport, once again, became a prime resort for the well-to-do traveler and summer colonists from around the world. Today, much of the new architecture is built in the Shingle Style, reminiscent of the work of McKim Mead and White at the beginning of the Gilded Age. This style is both contextual to the community but also flexible enough in layout to accommodate the modern house programs that the owners of these homes require. Many other arrivals to Newport have elected to restore and modernize old structures which have the beauty, gravitas, and authenticity of having been built 100 or more years ago. And while Newport, Rhode Island is still indeed a treasure trove of important architectural works from the past 350 years, it is also a lively and vibrant city that continues to grow, flourish, and create the architectural masterpieces of the present and the future.

Previous historical periods (Colonial settlement, the Federalist and Early Victorian Era, and the Gilded Age) were posted in the previous weeks. This post concludes the History of Newport Architecture blog series.