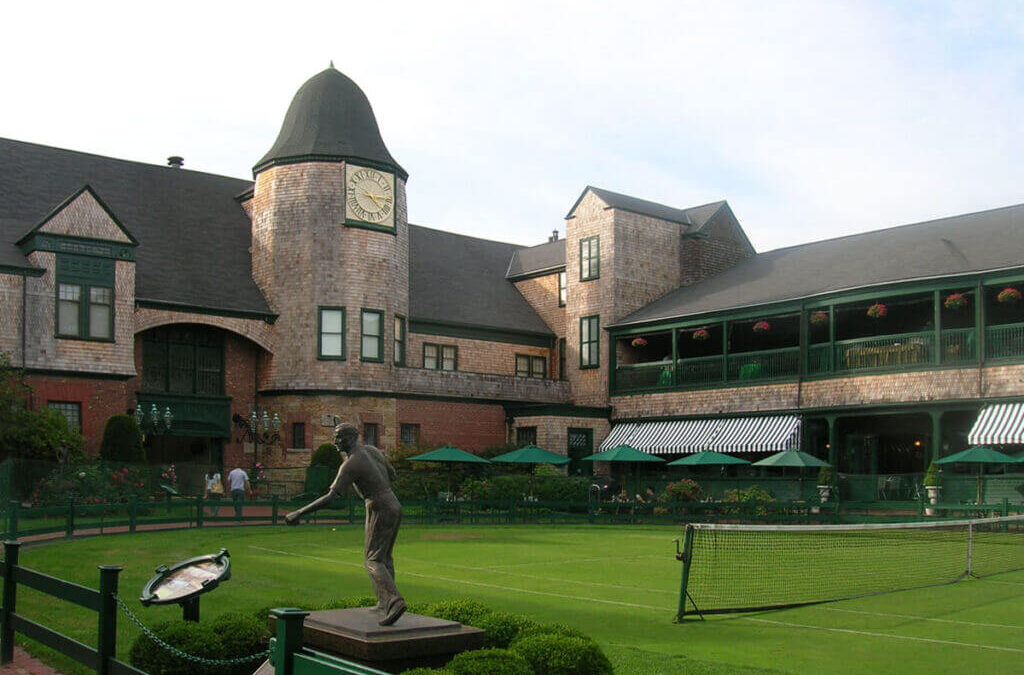 Newport is a treasure trove of architecture from multiple eras including the Colonial, the Victorian, and the Gilded Age. If one had to pick a single building that most epitomizes the city’s history and character you would be hard pressed to make a better selection than the Newport Casino.

This building, designed in 1879 and built in 1880, was the first project commission for the newly formed partnership of Charles Follen McKim, William Rutherford Mead, and Stanford White. This project would launch this firm in a level of prominence and productivity that would have an enormous effect on the architecture of America. It was designed in a style that was derived from the Queen Anne Revival style popular at the time but with a level of inventiveness and creativity that marked the passage into a new style that Yale Architecture scholar Vincent Scully would eventually name “The Shingle Style.” Marked by an almost painterly use of shingles cut in different decorative styles, the building had both a respect for previous styles but also a freshness, and a lightness that was not characteristic of the Queen Anne Revival period, which often had polychromy and heavy exposed timbering on the exterior. 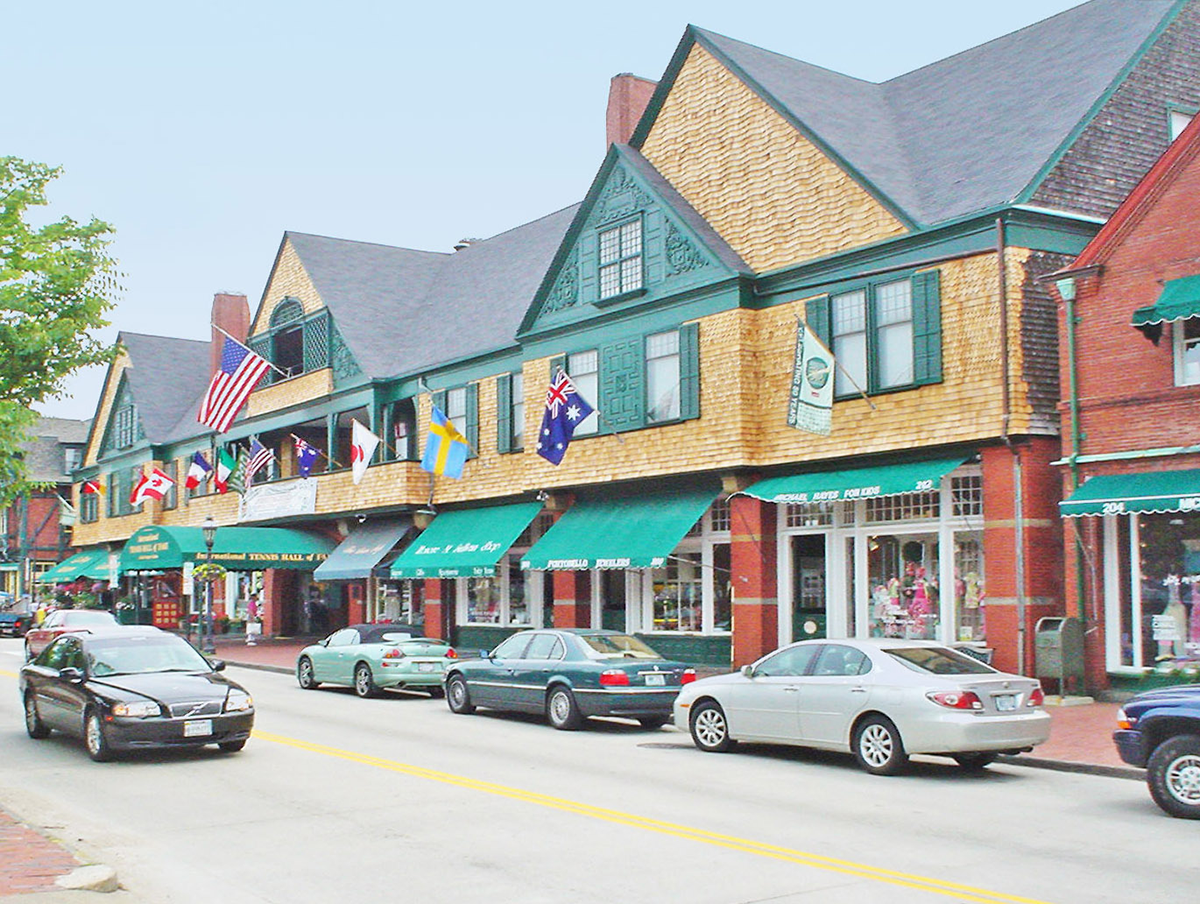 This new style was ideal for a new project type: “the country club.” The Newport Casino was among the first American examples of this new typology. The facility was commissioned by New York newspaper magnet James Gordon Bennett, after he was removed from the more staid and intellectual Reading Room Club. He vowed to create a place where people, as he declared, “could actually have some fun.” The private facility included dining, card rooms, the first lawn tennis courts in the United States, Real Tennis, equestrian facilities, and a multi-purpose ballroom/theatre. The club was the site of the first National Tennis Championships. This tournament, which would eventually become the US Open, was held in Newport until 1915, when the championship was moved to the West Side Tennis Club in Forest Hills, New York and finally to the USTA Tennis Center in Queens, New York in 1978. 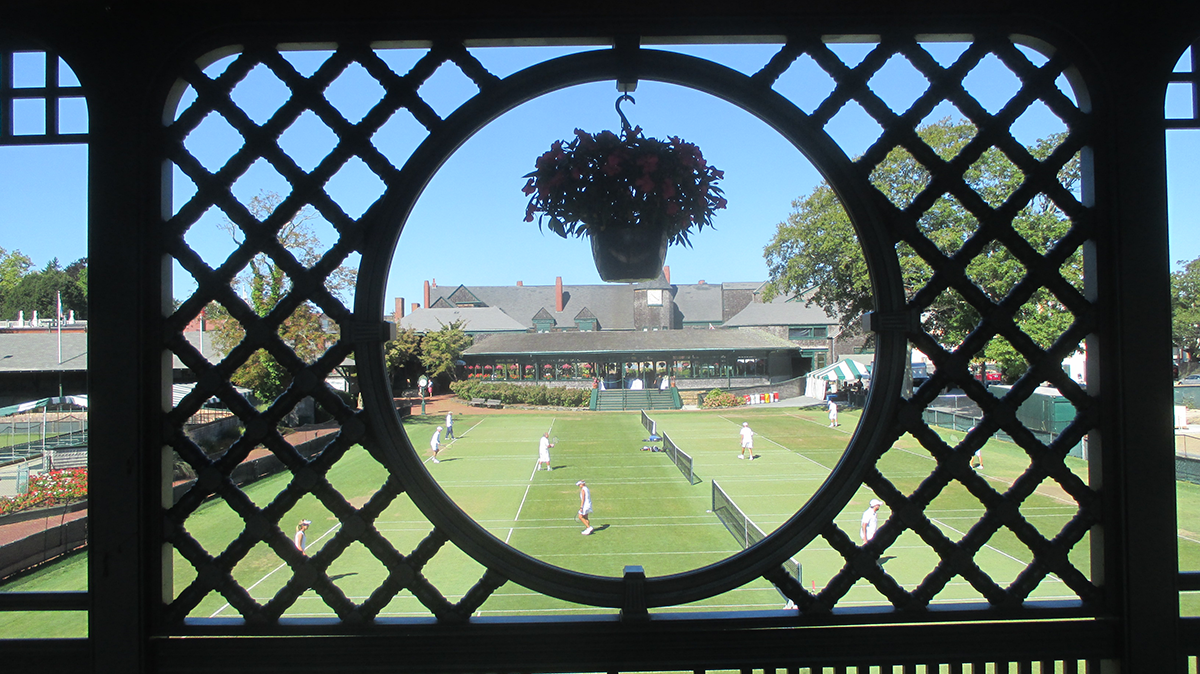 A4 Architecture has been honored and pleased to be engaged to do a series of different projects on the campus to preserve the structures but to also keep them relevant to current building codes and functional requirements. This set of buildings became a National Historic Landmark in 1987 and indeed it is as it is among the foremost early examples of the shingle style and of the country club program type. It also perfectly embodies its home in Newport by combining beautiful historic architecture, a dedication to summer sport, and epitomizing the social character of the Gilded Age in America. It continues today as a lawn tennis club and as home to the International Tennis Hall of Fame.