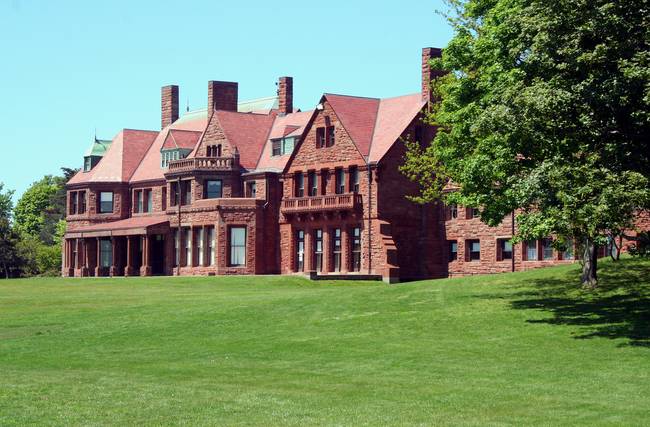 The Shingle Style, which was described in a previous Archi-TEXT, was an architectural form that developed in the late 19th century in Newport, RI and other New England seaside resort communities. It is often associated with the preeminent firm of the era, McKim Mead & White, but there were many other architects that were outstanding proponents of the style. One of the best was Peabody and Stearns, a firm that was located in Boston, MA but that designed high-end residences for clients all around the country, including many in Newport, RI. 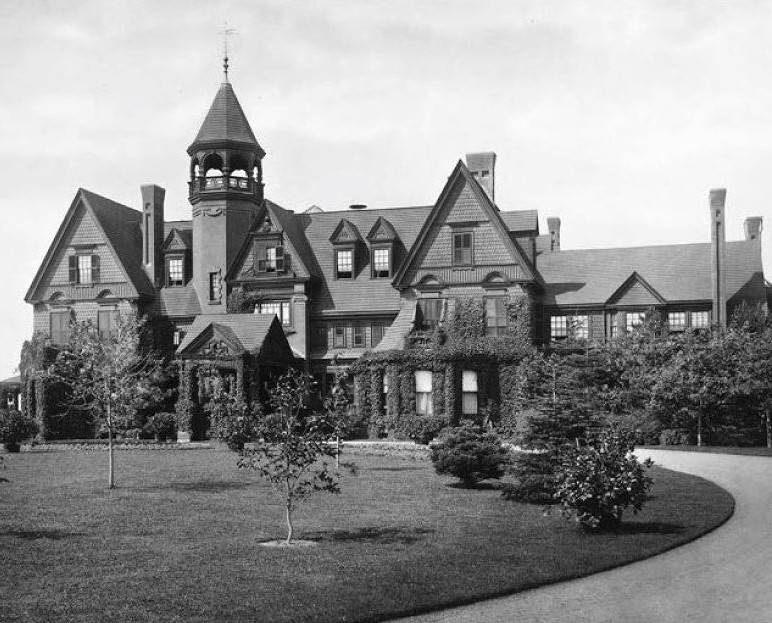 Although they are not the widely familiar names of the partners of McKim, Mead and White, Robert Swain Peabody (1845-1917) and John Goddard Stearns Jr. (1843-1917) were extremely capable and competent architects. Their early works were in Boston and then in Rhode Island for their same Boston customers. From their connections with the Gilded Age barons of industry in Newport, they eventually did both institutional buildings and estates in dozens of states as far south as Georgia and as far west as California. 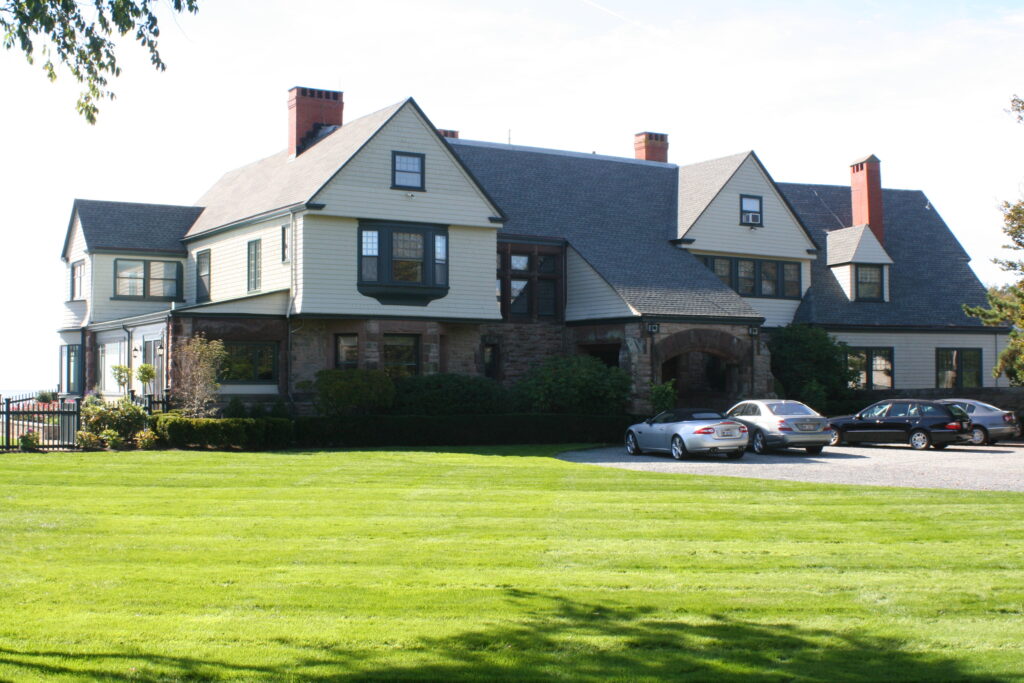 In 2010, the annual Newport Architectural Symposium was devoted to the work of Peabody and Stearns. Annie Robinson, the author of Peabody & Stearns: Country Homes and Seaside Cottages, was one of the featured speakers. Following three morning lectures on the firm, the attendees were treated in the afternoon to tours of Rough Point, Hillside, Althorpe, and Ridgemere – 4 spectacular Peabody & Stearns houses. These are just four of more than a dozen prominent works of architecture that Peabody & Stearns designed and helped to oversee the construction of in Newport, including:

Sadly, some of the finest examples of their work on this list like the original Breakers, Easton’s Beach Pavilion, Rockhurst, and Bleak House were lost to fire, flood, or demolition. But happily, the majority of their work in Newport has been preserved. 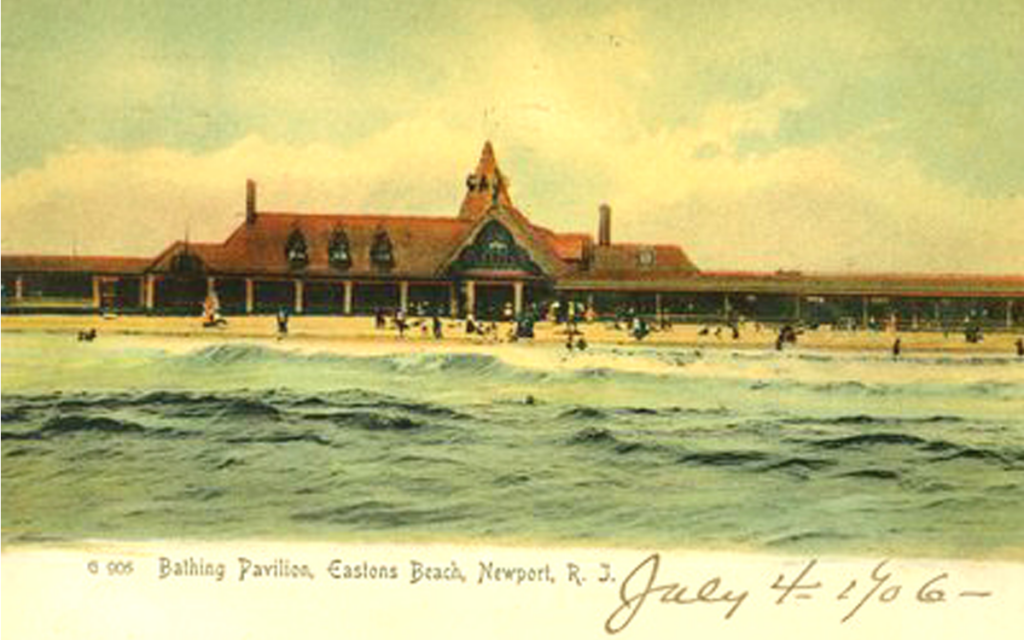 A4 Architecture has been privileged to work on many of the remaining structures over the years. Several of the properties are now part of Salve Regina University. Althorpe is now known as Founders Hall and the Vinland Estate is called McAuley Hall. The university was graciously deeded an interest in Honeysuckle Lodge, where we have done many individual projects over the years. We are currently undertaking a series of designs to restore historic features to the building that were lost when the building was turned into a girls school and then later a dormitory in the early years of Salve Regina’s existence.

Whether working in the Queen Anne Revival Style, the Shingle Style, the Tudor Revival Style, or one of the many other styles, Peabody and Stearns always gave their buildings a gracious grandeur that set their work apart from other, lesser quality architects of the Gilded Age. They were comfortable with asymmetric geometries and complex en fallard arrangements of space. Their interior detailing was always carefully done and complementary to the style selected for the exterior of the building. Like the work of Richard Morris Hunt and McKim Mead & White, there is really no better place to see so many of their finest works in such a small place and such a concentrated way as to visit Newport, Rhode Island. In less than 8 square miles of land, there are dozens of their buildings which have been lovingly preserved. While many of these buildings are still private residences, you can see many of them from the street and, of course, there are many grand Gilded Age mansions that are open to visitation.

A4 Architecture is proud to be part of the effort to preserve and update these masterpieces of architecture by Peabody & Stearns (and many others) and spotlight them in the current era as wonderful works of design. 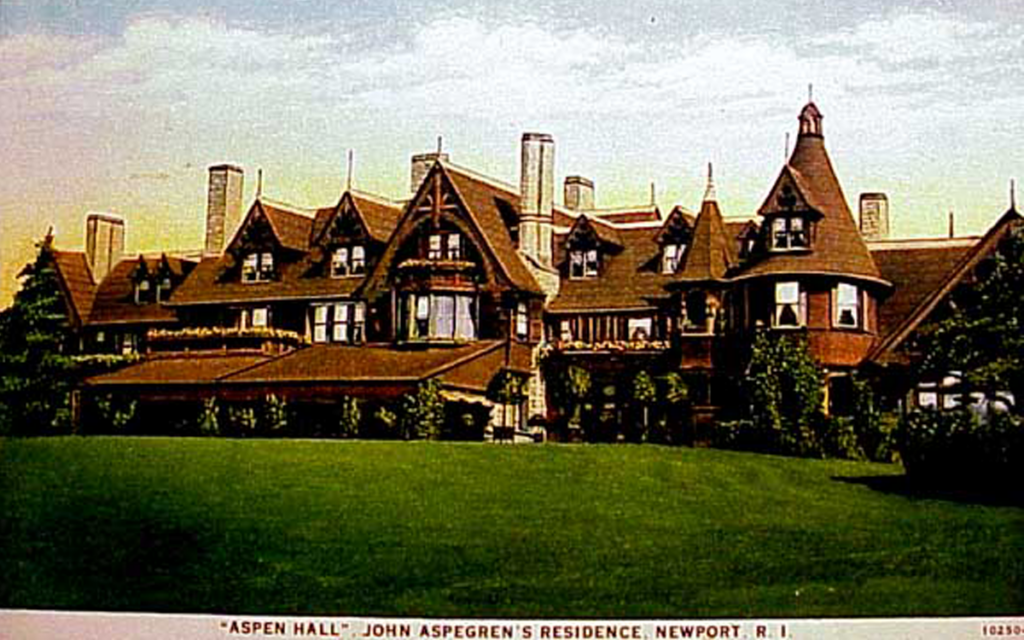