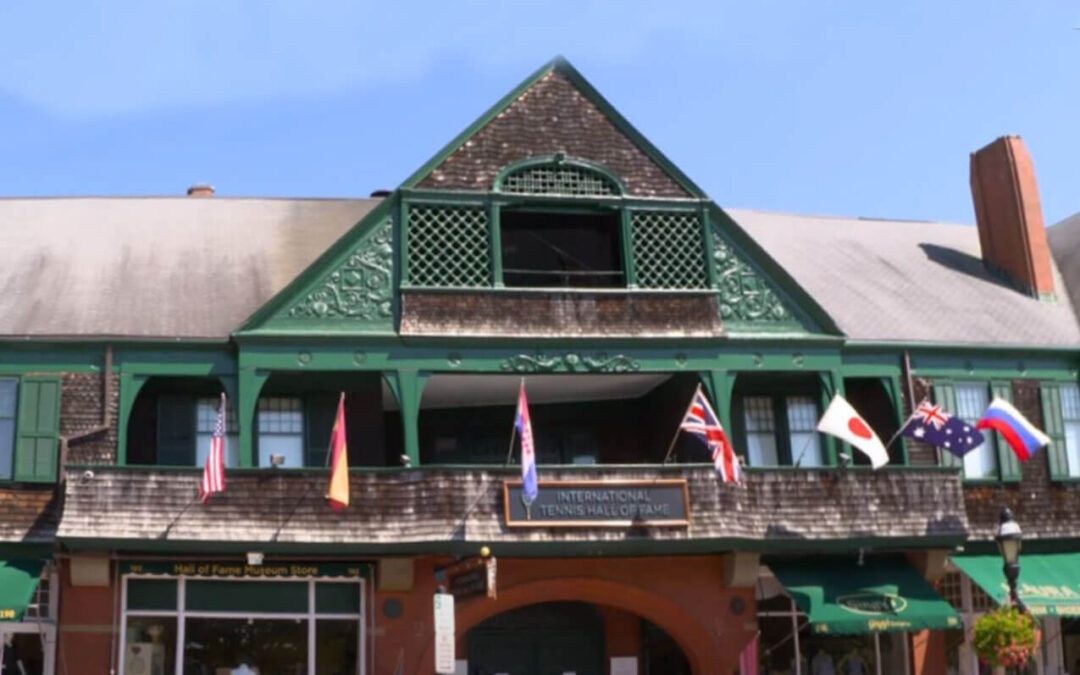 Newport is fortunate to not only have buildings by many notable architects, but to have some of their very best works as well.  But because Newport was graced with so many beautiful, old buildings, the care and maintenance of these structures has fallen heavily upon a community that is very small in comparison to the magnitude of cultural treasures that have been entrusted to it. First as a thriving colonial seaport, then as a Gilded Age resort and finally as a destination for wealthy visitors and residents, Newport has seen successive waves of financial support and energy flow in to preserve and restore the wonderful historic structures that make up the fabric of the city. Thirteen years ago, the Doris Duke Preservation Awards were established under the auspices of the Newport Restoration Foundation (NRF) in coordination with the City of Newport to review, evaluate and honor those in the Newport Community that best represent the preservation movement. The awards are named for Doris Duke, a summer resident of Newport and once the wealthiest woman in America, who set about saving Newport’s colonial structures from neglect and demolition during the 1960’s. Seventy-one of the more than eighty houses she and the NRF saved are still owned and operated by the foundation to help ensure that Doris Duke’s vision of colonial architectural structures being forever preserved is maintained.

Because of the COVID pandemic, this year will be the Award Gala will be held virtually on the evening of Friday September 11th. Three works of design are scheduled to receive awards from among the many nominations that were received and reviewed by the jury.  The projects receiving prizes this year are the Commodore Edgar House (1885, McKim Mead and White), the Bellevue Avenue frieze restoration project at the Newport Casino (1880, McKim Mead and White) and the Restoration of the BankNewport Washington Square Branch (1929, Thomas & James). 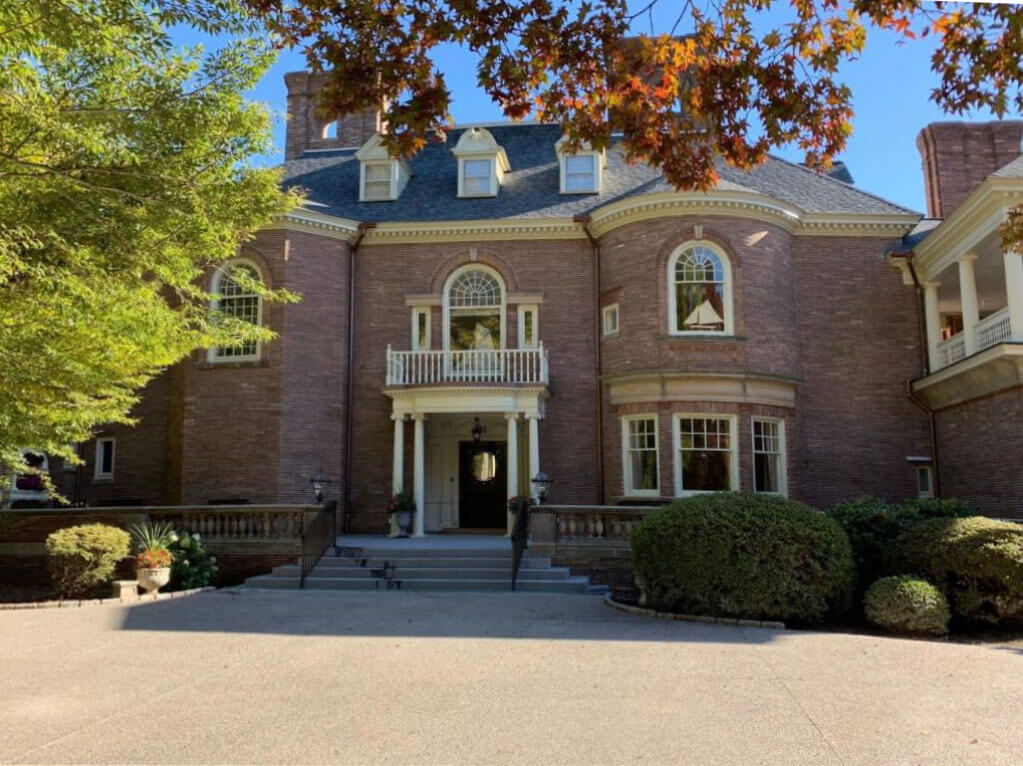 The Newport Casino was the first project designed by the partnership of McKim Mead and White. It showed the impact and brilliance of the new young design partner Stanford White and is often cited as one of the first and most illustrious examples of the American “Shingle Style” named and articulated by Yale Architectural Historian Vincent Scully in his ground breaking book The Shingle Style and the Stick Style (1974). Along Bellevue Avenue there were once 38 hand carved medallions. Over time these medallions started to rot and were removed but fortunately the best maintained of them were stored by the Tennis Hall of Fame, which made the Newport Casino its home in 1954. Working from these existing medallions, new ones were remade to the precise original design. Where the original medallions had been lost and should not be documented photographically, new medallions were created using the original designs as inspiration. This project not only helped restore the exterior of this noteworthy and important building but also restores a section of Bellevue Avenue that has five National Historic landmarks locked within a quarter mile of one another enjoyable to all residents and visitors to Newport. Here is a link about the restoration of the Newport Casino Medallions. 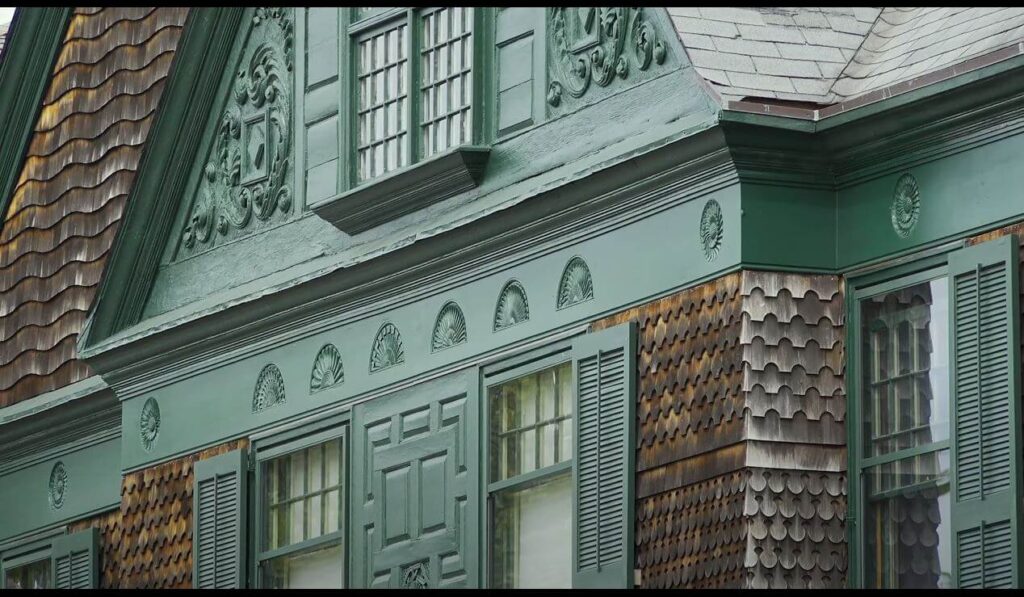 The third award is being given to BankNewport for its complete restoration of bank’s premier branch location at 10 Washington Square. The brick and terra cotta structure was built from 1929-1930. It is designed in a stately classical revival style which is in keeping with the grandeur and civic importance of Washington Square as the tradition commercial and governmental center of Newport. The integration of modern HVAC systems and handicap access to the building was all done with a careful maintenance and repair of the existing façade. Local artisans were engaged to hand-paint gold leaf lettering on the façade to restore it fully to it original glory. Here is a link about the restoration of the Washington Square BankNewport Branch. 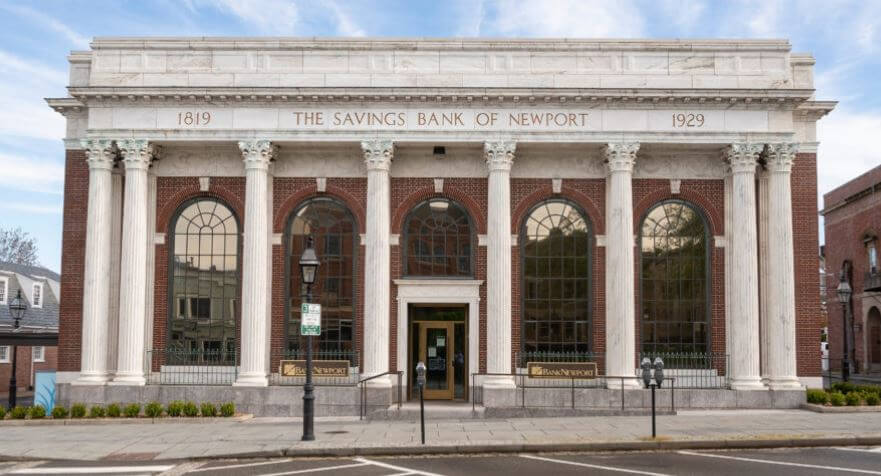 A4 Architecture has been pleased to assist Salve Regina, the Preservation Society of Newport County, and The International Tennis Hall of Fame in renovations that have been awarded the Doris Duke Preservation Award in the past and we are grateful to this annual event to help focus the spotlight on the need for preservation and to honor those clients who undertake this difficult, expensive but ultimately very important and rewarding task!

Ross Sinclair Cann, AIA, LEED AP, is an historian, author, educator and practicing architect living and working for A4 Architecture in Newport, Rhode Island and was the architect for several Doris Duke Preservation Award winning projects.