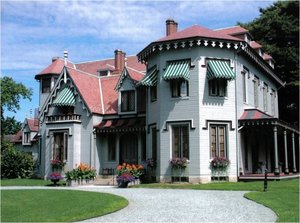 The Gothic Revival architectural style in Newport prominently showcased elaborate carved bargeboards at the gable ends, an asymmetrical plan, diamond pained windows and were often painted to resemble stone. Kingscote, specifically, holds its place in the Gothic Revival style for these key attributes:

Richard Upjohn was a leader of the Gothic Revival style and is also the founder of the American Institute of Architects. 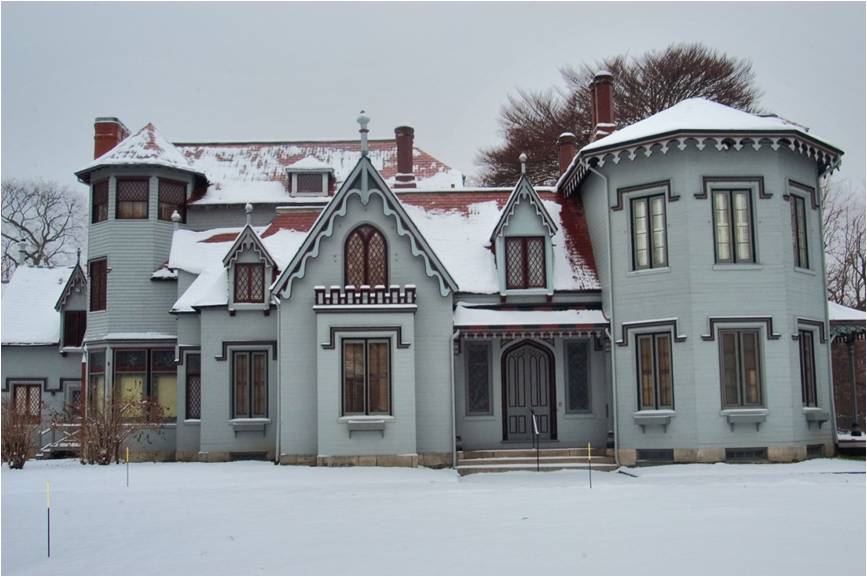 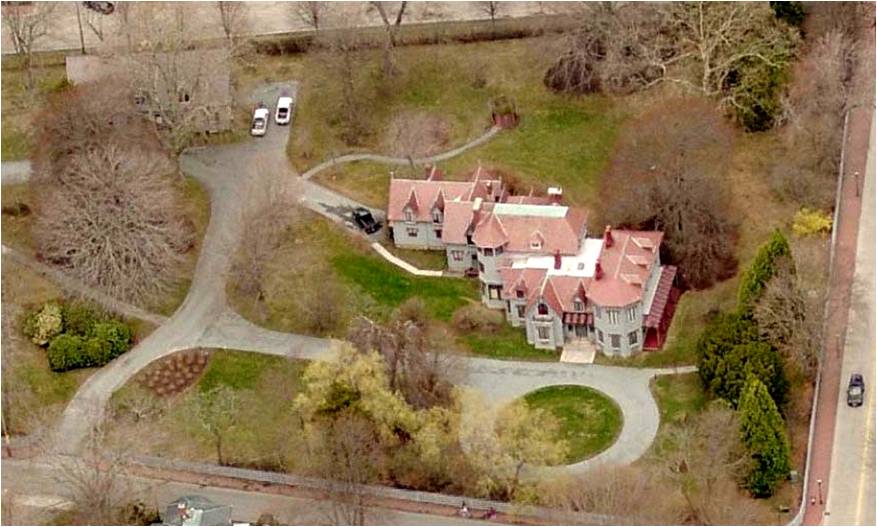 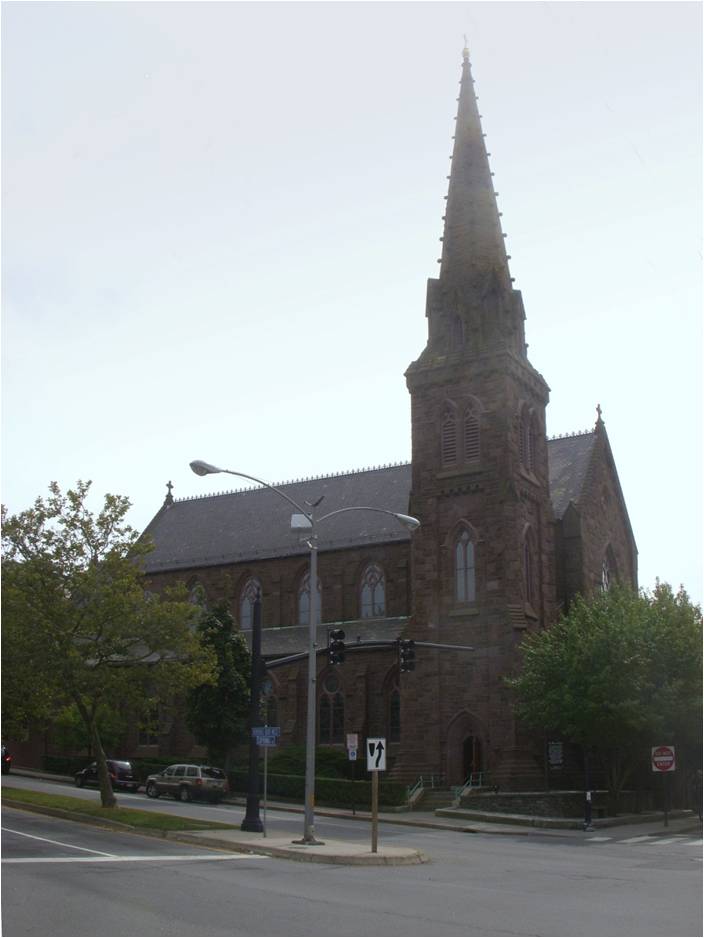 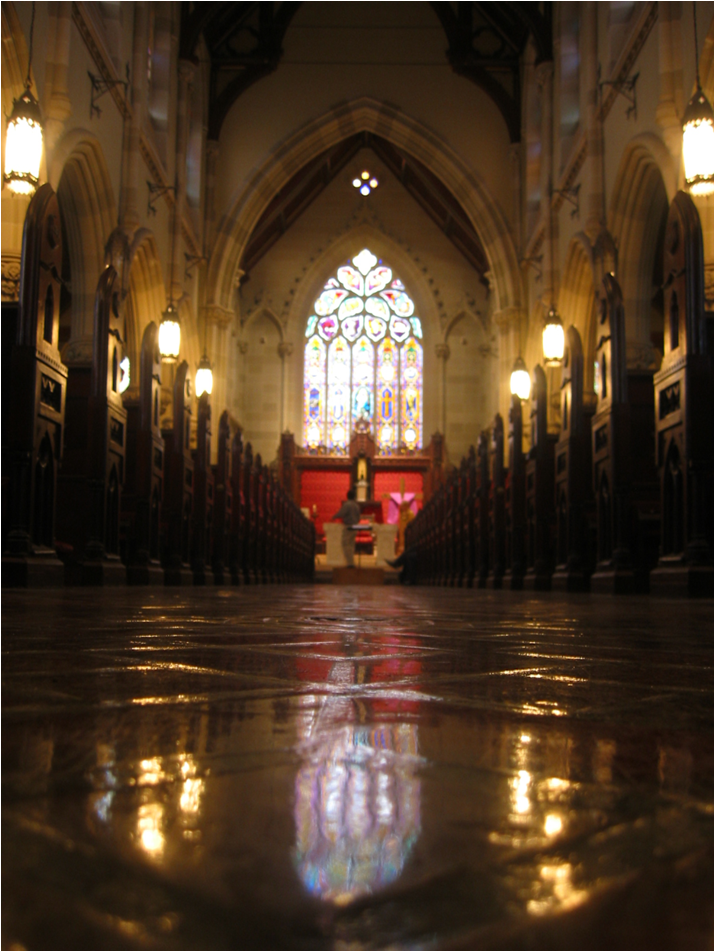 St. Mary’s Church is located on Spring and Memorial in downtown Newport. It was also the site of the 1953 wedding of Jacqueline Bouvier and John F. Kennedy.