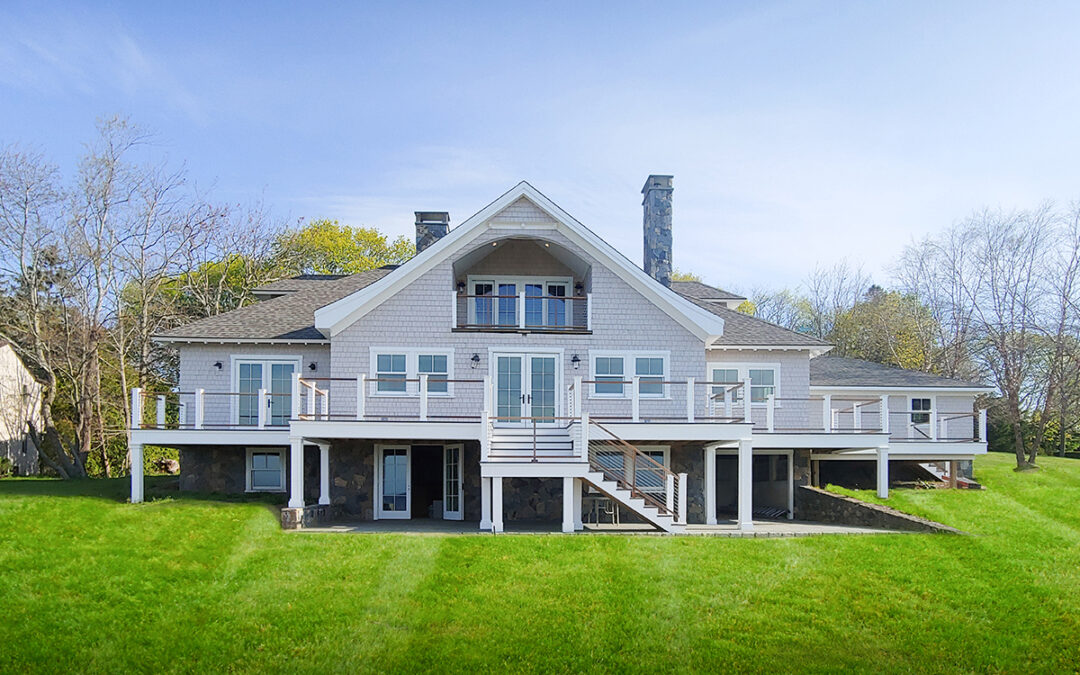 Design magazines like to show aspirational projects that were built on empty sites with large budgets and lots of time to design and build. There is nothing wrong with such projects, but they are the exception rather than the rule. These projects are the architectural equivalents of the Photoshopped super models.

Perhaps of even more interest are the projects that aspire to high quality but start out as ordinary ranch or cape houses built in the 1950s, 60s, or 70s. These houses are often in dense neighborhoods and face a mountain of obstacles from setbacks to coverage limits to the challenges of the existing structures. What if these houses could be transformed into beautiful homes that lift their neighborhoods, rather than being detriments to them?

The transformation of an old ranch house in Barrington, built on a steep slope with a walk out basement, is one such project. The site was exceptional, with sweeping views to the South – all the way to the Newport Bridge. The house, however, was a sad remnant from the 1970s. Three small bedrooms shared one small bath. The proximity of the water limited the amount of change that was allowed, and the budget was modest for the project, as the acquisition of the magnificent site had been high. 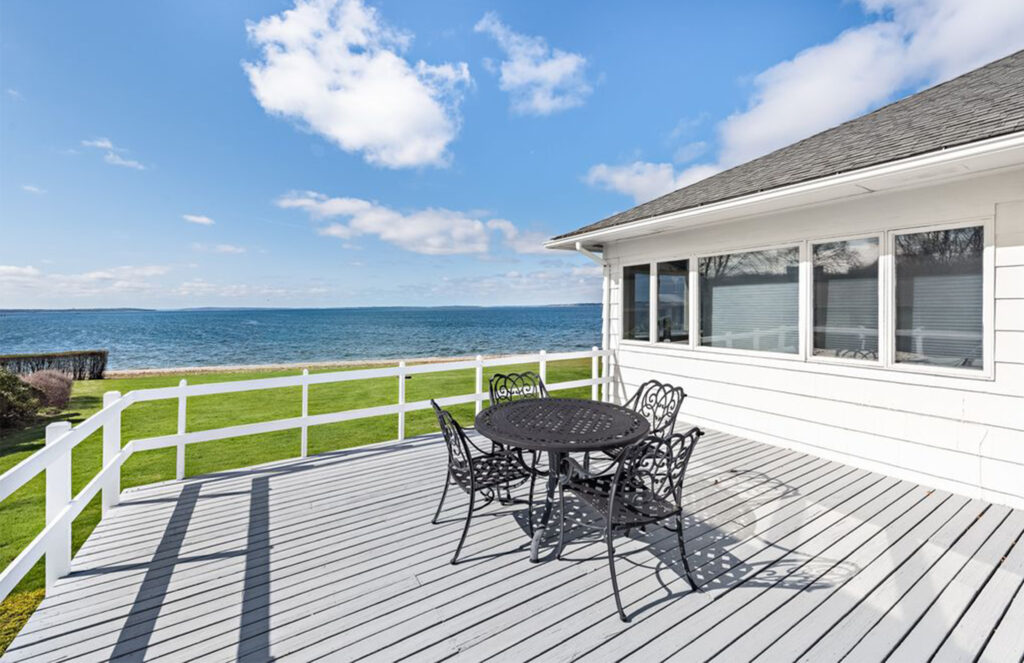 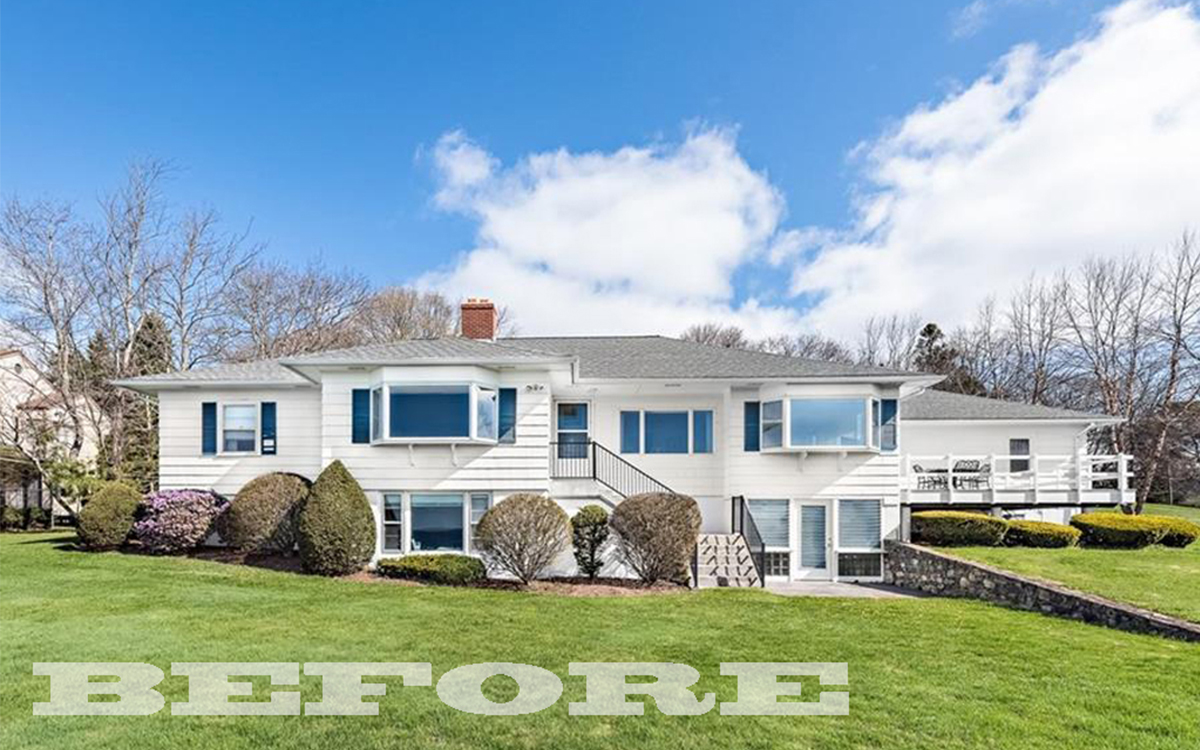 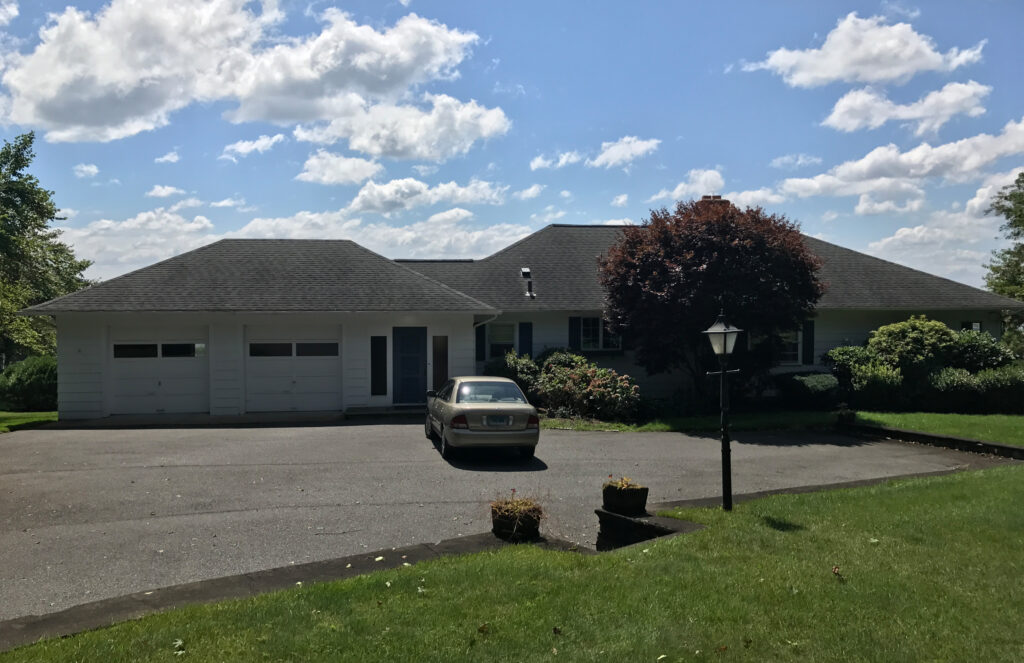 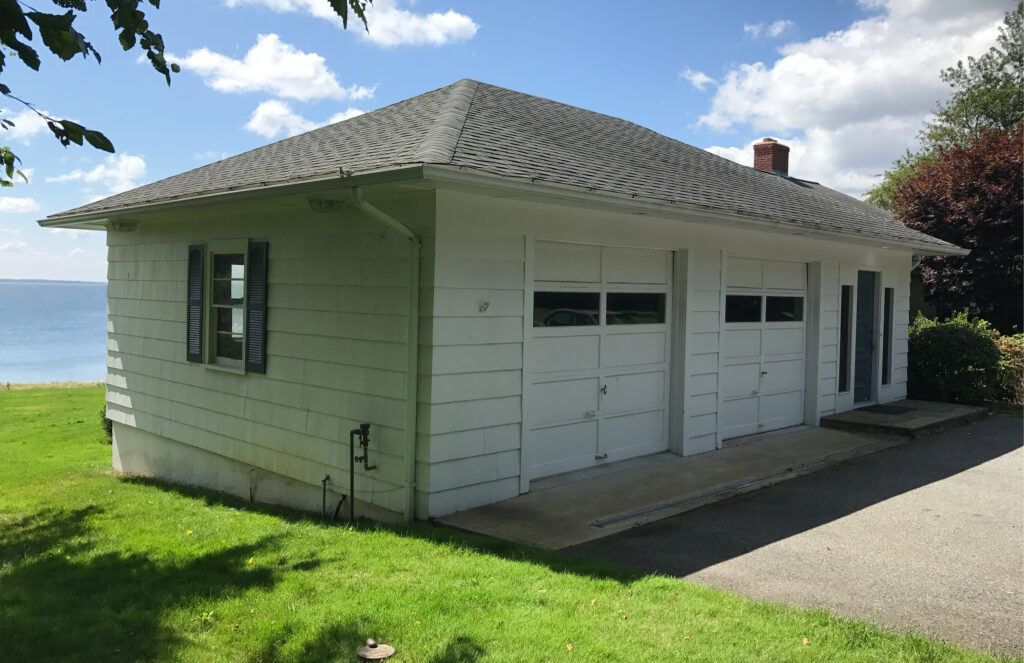 When the owners approached A4 Architecture, their expectations were low. Could the garage be turned into a master suite and a new garage built elsewhere on the site? Ross Cann, the founding principal of the firm, proposed a different idea: putting the new master suite above the existing house, allowing it to benefit from the magnificent views. The roof structure of the original house was undersized and would need to be beefed up to bring the house up to code anyway. By demolishing a steep set of concrete stairs and adding a mere 180sf to the footprint, Ross envisioned that the house could be transformed into a 1920s grand, New England, craftsman-style cottage with a covered walk out terrace off  the master suite to enjoy the magnificent view from both within and without. Eighty percent of the existing house structure was saved and the building was stripped to the studs so that the new cladding could be built from them. By creating the new upper level with the master suite, master bath, and office, and by opening the ground and basement levels to the views, A4 Architecture was able to nearly triple the usable livable space within the house. The owners now love their completely transformed home that looks like it might have been built 100 years ago – except for the modern conveniences and comforts that the new building enjoys. 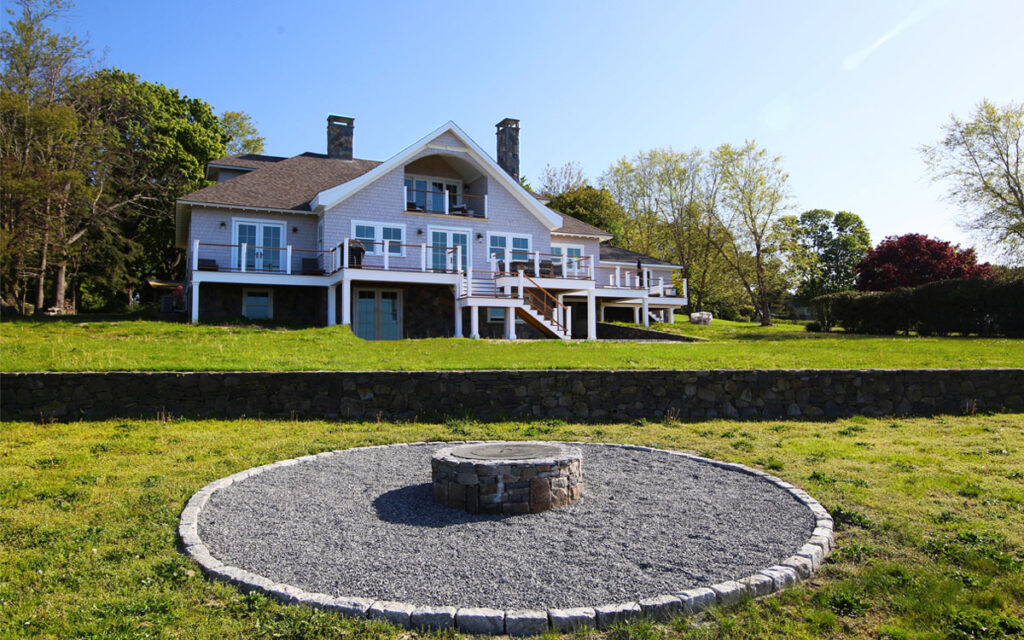 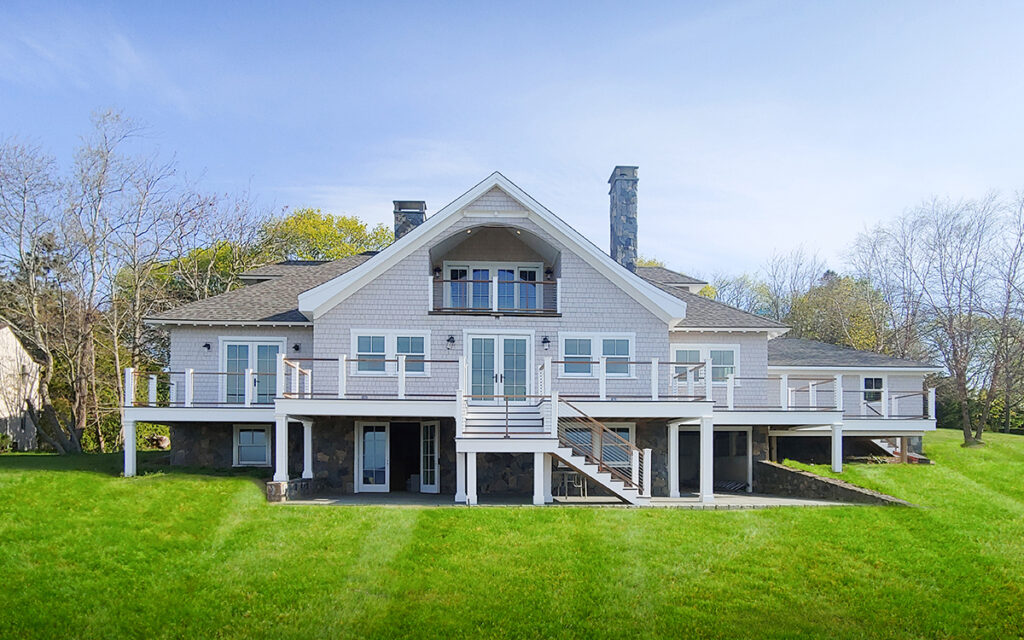 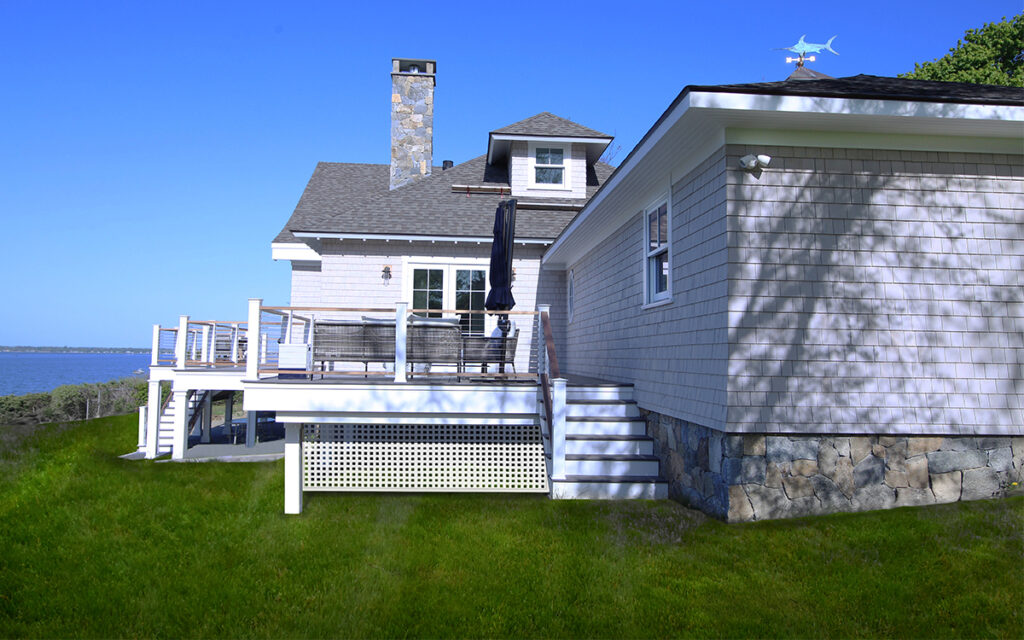 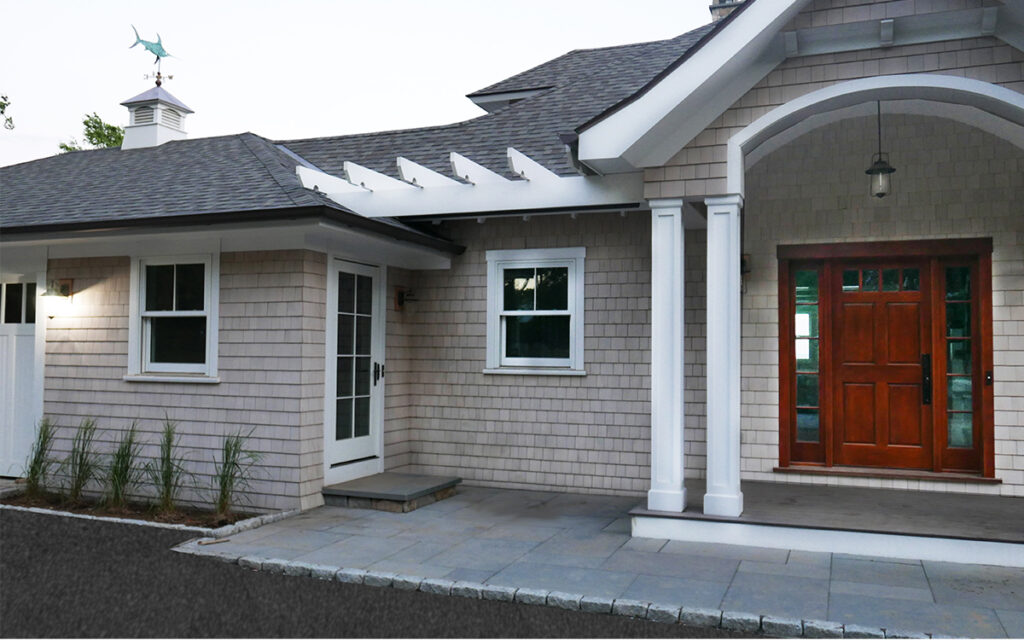 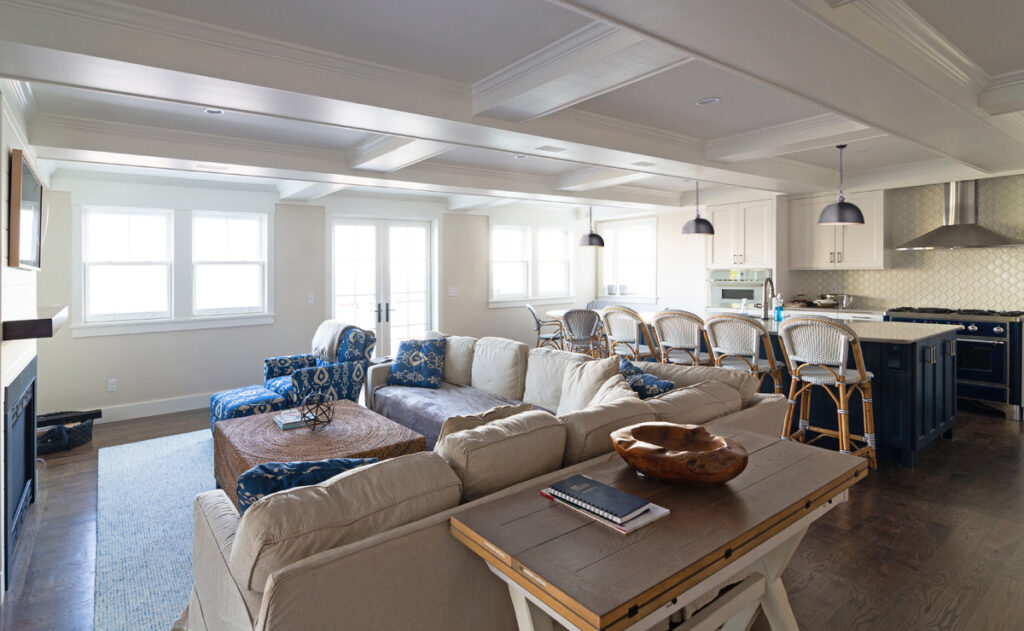 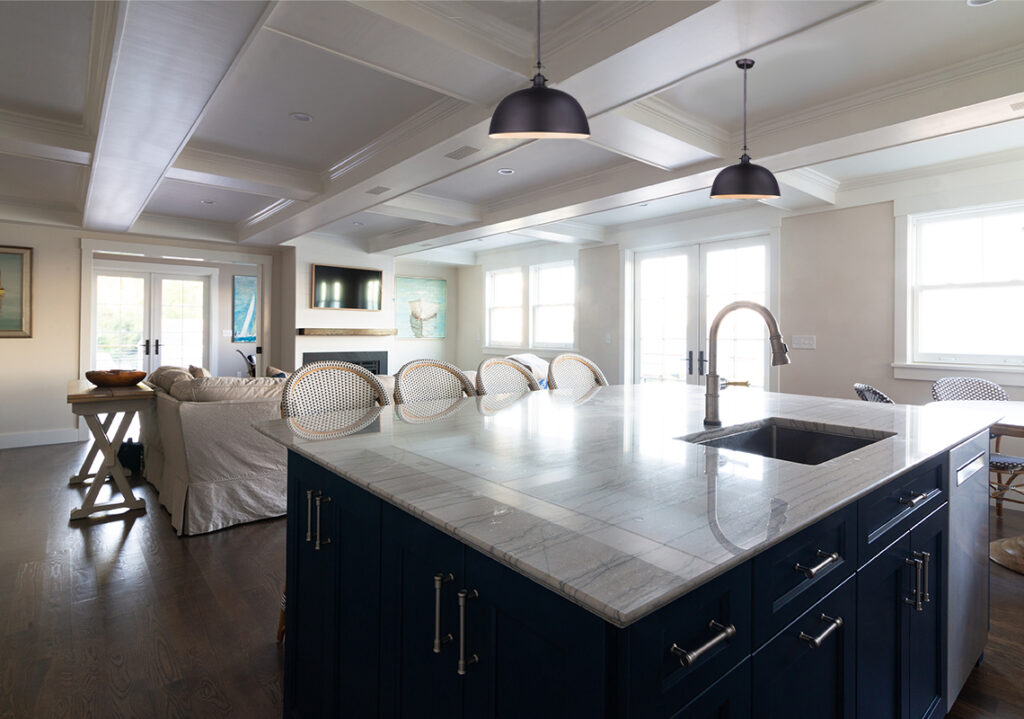 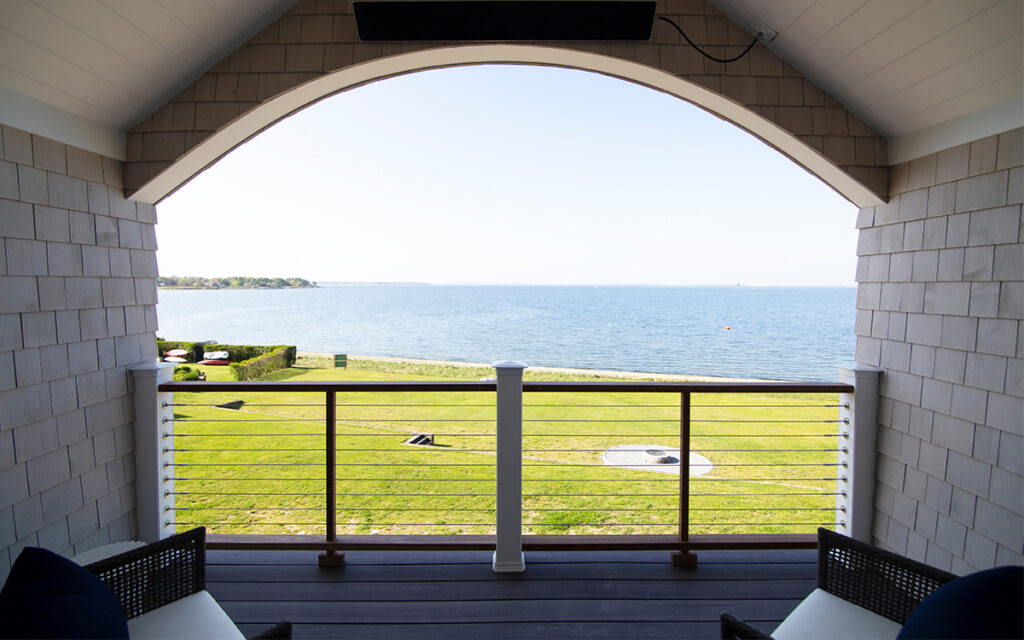 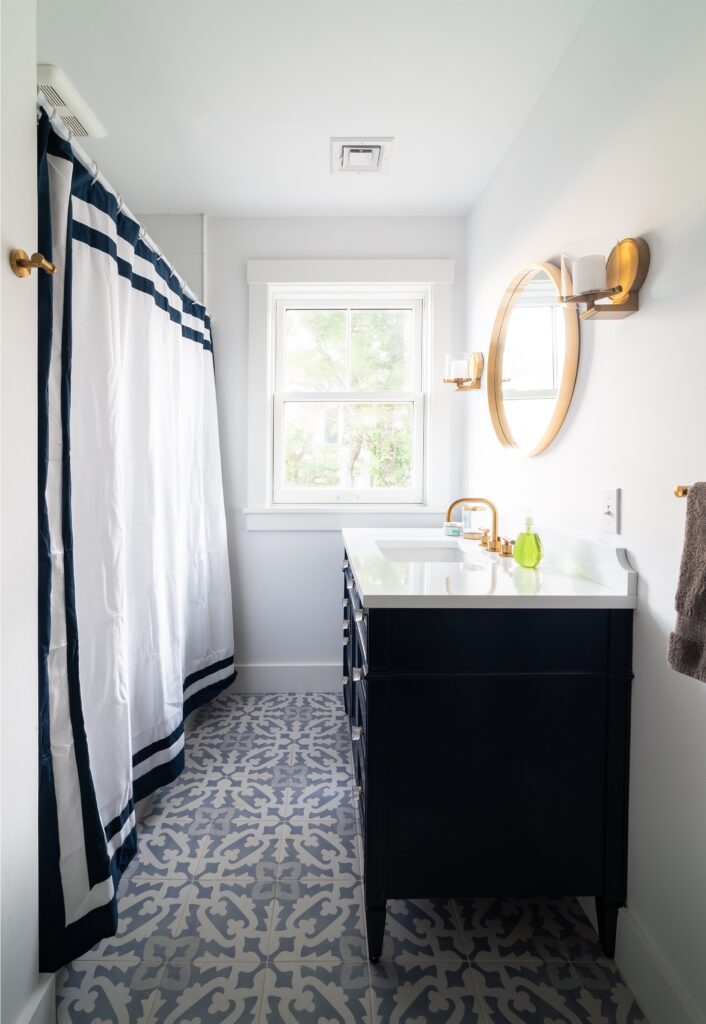 Ross Cann stated, “For us, transforming an ugly duckling house into a magnificent swan of a home is really the ultimate accomplishment. It is taking something that is broken and fixing it so it can work beautifully and environmentally far into the future.” The renovation of this Barrington, RI ranch house certainly does that and more.

Own a home on the water in Rhode Island and need some inspiration? Let’s connect.

Not ready to commit yet? Join the Architectural Forum to stay up-to-date.