A History of Public Schools in Newport 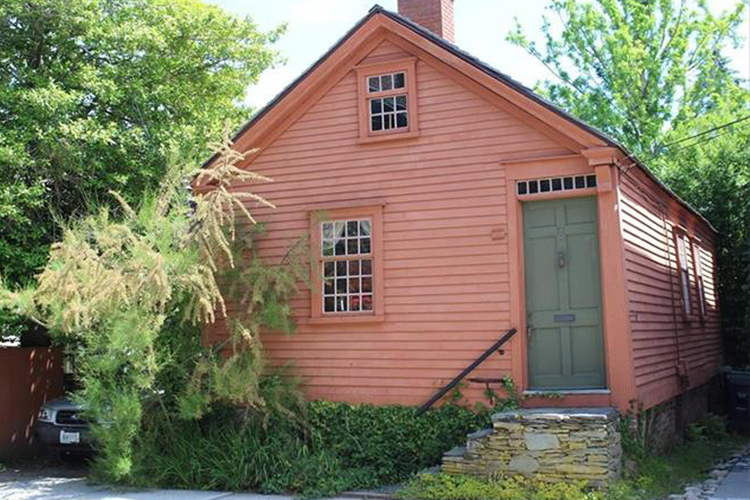 Although we have come to take for granted in the United States that all children will receive a public education, this was not always the case. Education during the Colonial era was a prized and valuable asset that was generally only available to the wealthy. Most children were taught at home, either by their parents or tutors or not taught at all, as there were no child labor laws and children as young as 5 might be put to work. Education was offered for a fee at many hundreds of schoolhouses around town, which were just designated rooms in the teacher’s homes. However in Newport, the concept of a free education was a relatively early concept, and this history of public schools in the city explains in further detail. The formation of the Redwood Library and the Athenaeum in 1747 was an early effort to consolidate the libraries of many men and make them available to one another rather than solely to the owner of the book. Similarly, the ideas of making the process of education a more communal activity was envisioned during the early period of restoration of Newport following its occupation by British forces during the Revolutionary War. In 1795, permission was given to 36 citizens to raise $25,000 by lottery to rebuild the Long Wharf, which had been destroyed in the conflict in 1779.

At that time, Simeon Potter, who relocated to Swansea during the occupation, pledged his vacant house at the corner of Washington and Marsh Street to be a school for 25 boys to be selected from all of the city’s neighborhoods. It was not until 1814 that sufficient funds were raised to endow and finance the project. The trustees contracted Elizabeth Finch, wife of Capt. Joseph Finch, to serve as the first teacher of reading and spelling for the sum of $1.50 per quarter per student, and with money being deducted for rent. Following her husband’s death, Mrs. Finch continued to educate students of both sexes in lieu of rent and this position was eventually taken over by the widow Dennis until 1832.

Shortly after this time, the Potter House was sold and the Long Wharf leased, and the funds used to present two new school buildings to the City of Newport, The Callender School was constructed on Willow Street and served as a school building from 1863 until 1974. The Potter School was another such structure, erected in the Point Neighborhood by the Trustees of Long Wharf in 1881. This building served for many years as a school building until it outlasted its utility as a school building. Like so many other school structures, it was deacquisitioned into the private real estate market and converted into residential condominiums in the 1990s. Sydney Williams, who grew up in Newport and taught in the schools from 1953 to 1986, has continued into his retirement to study and collect information on 32 former school buildings, and has been conferred the title of “Newport Public Schools Historian” for his dedication and efforts. 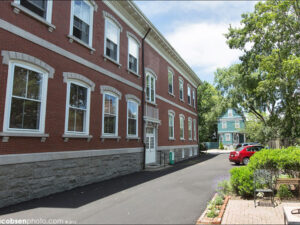 Amazingly, the Trustees of Long Wharf continues as an ongoing concern, providing scholarship funds of approximately $35,000 per year through the Rogers High School Centenary Fund. From the earliest days of the settlement of Newport to the passage of the Newport School Bond referendum earlier this month (see this link for more info), the education of the city of Newport’s youth has been a central communal concern and will no doubt continue to be so far into the future.