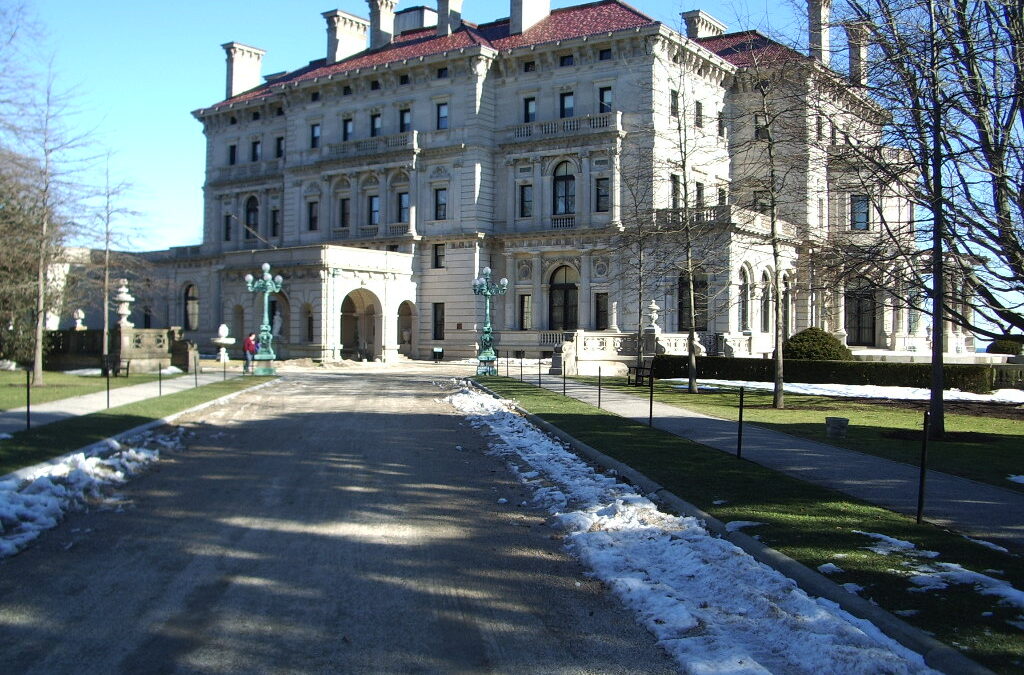 Sometimes old buildings outlive the reason for their original construction and yet they are beloved structures that are an important part of the local history and architectural fabric. What is to be done with these buildings? Rhode Island in general, and Newport in specific, because of their long history and the many waves of building that have occurred there, have a greater percentage of these wonderful old buildings looking for new purposes than just about anywhere else in America.

The architectural term most frequently applied to transforming a building from one purpose to another is “adaptive reuse.” The degree of modification that must occur may range from very minor to major redesign. With the example of the Preservation Society house museums, for the most part, the organization has tried to keep the houses as intact as possible so that visitors can see how the houses were actually lived in. In the case of Kingscote, where the house was first designed by noted architect Richard Upjohn in 1846, the Preservation Society acquired the house and all of its contents so visitors can truly see a tableau of the final owners lives down to the decorative items they put on display. In other cases, like the Breakers, the Preservation Society has had to do significant work to turn a private home for a family of five into a museum visited by more than four hundred thousand people annually. In 2018 more than one-hundred and fifty wells were dug on the property to power the geothermal heating and cooling system that conditions and controls the air for a challenging space to heat and cool in the face of such extraordinary visitation. 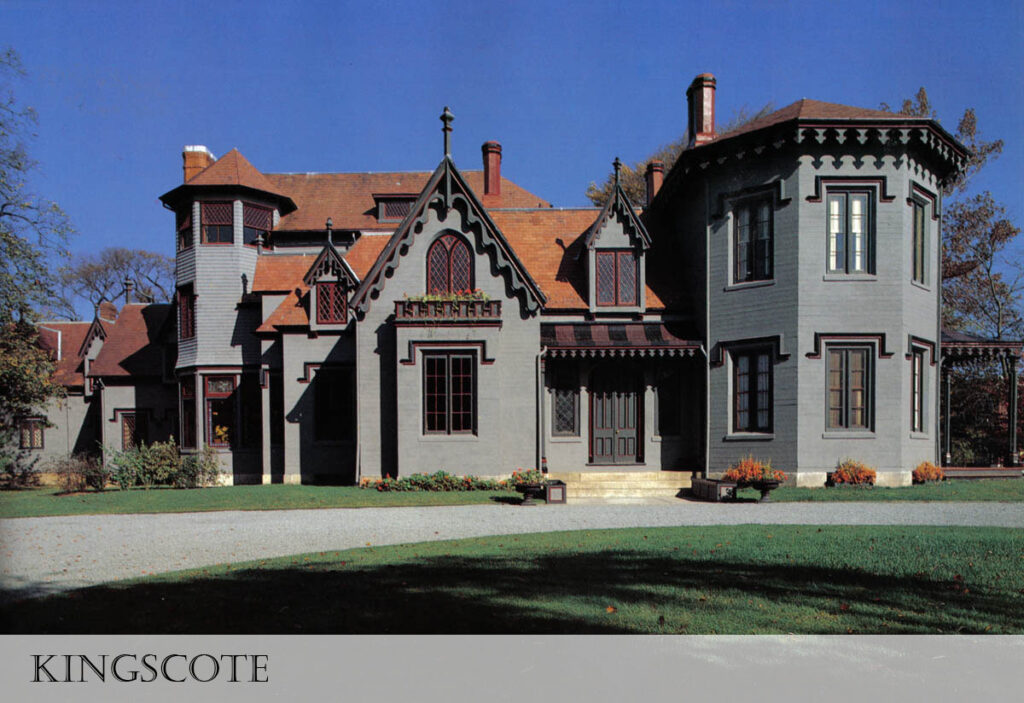 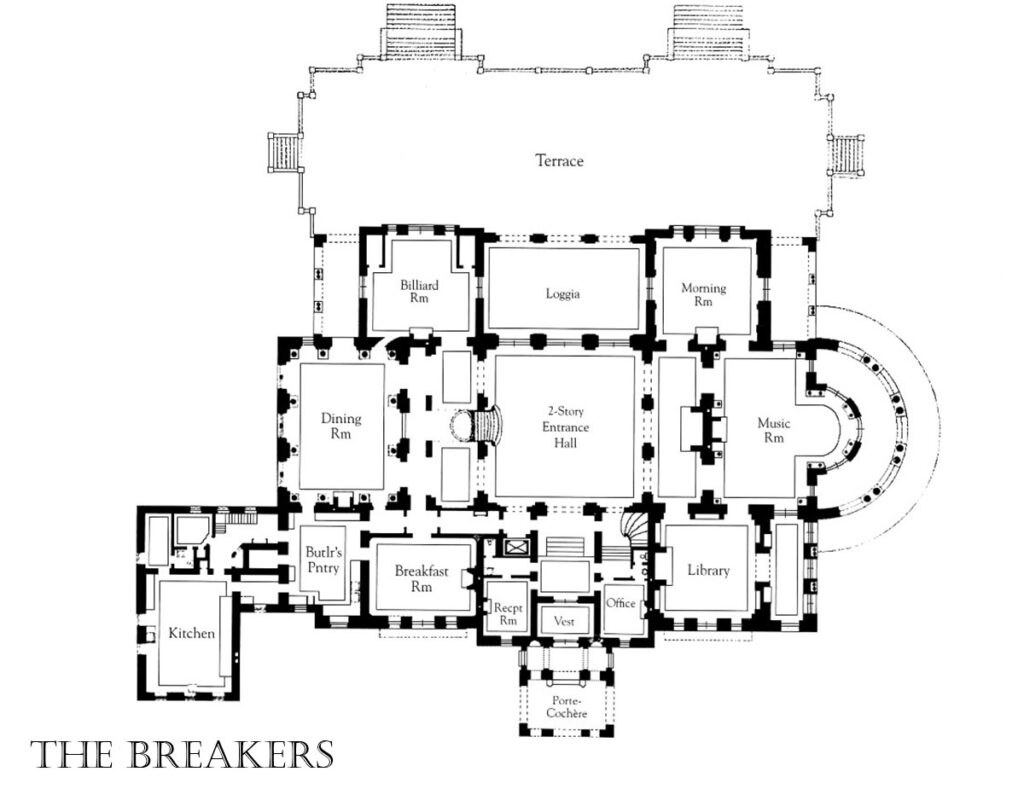 Other buildings require enormous work to make them suitable for new use. The recently occupied, “Innovate Newport” is a modern shared office complex opened in the shell of the former Sheffield School, which was originally built in 1921 as a neighborhood elementary school, the building was closed in 2007 and sat empty for many years. To serve it new purpose as a co-working office building, it had to be completely gutted with new elevators, lighting, utilities, and high-speed internet installed. Today, it is now home to individual distance workers, new businesses and the Newport County Chamber of Commerce to conduct their work and grow their operations.

Other notable instances of adaptive reuse here in town include the conversion of the Newport Casino Club into the International Tennis Hall of Fame and the Newport Armory into the Sailing Hall of Fame, which is currently underway. Sometimes it is not just a building but an entire site that needs to be redeveloped.

The former Newport Grand Building site has gone through many transformations already. The site was once the location of the Newport town dump. The building currently on the site was originally constructed in a prefabricated metal to host a jai alai fronton and stadium so people could spectate (and speculate) on the outcomes of various matches. When that sport faded from the scene, the building was made into a slots parlor hall. Now the site is the potential location of a major redesign incorporating hotels, shops, and residences in coordination with the Newport Bridge realignment. When the time for a building or site to be renovated comes, it is critical to not only maintain parts of the old structure or neighborhood but also to create a building (or buildings) that will be well-loved and a source of pride and utility for the community, far into the future. That will hopefully be the standard that is used in evaluating and approving the work to be done, so that Newport can move forward, but also stay true to its history as well.

Ross Cann is an author, historian, teacher and founding architect at A4 Architecture in Newport RI. He has been involved in countless adaptive reuse projects in Rhode Island and elsewhere over his thirty-year career including many projects at various Preservation Society properties, the Newport Casino, and many others.