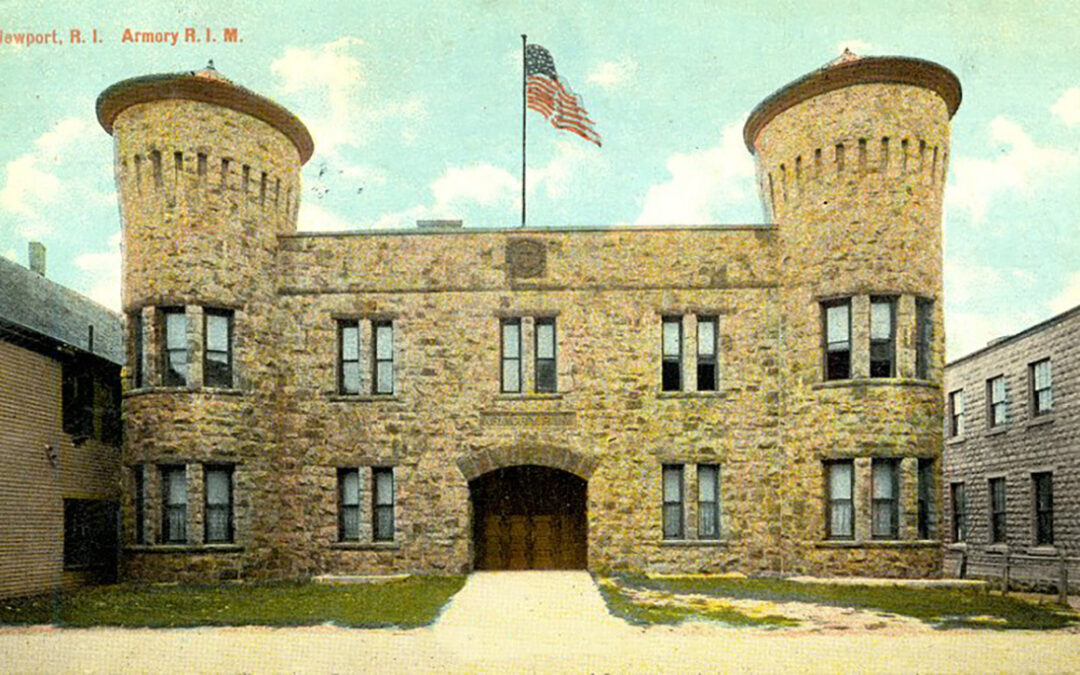 Thames Street in Newport has long been the ‘main street’ of the city’s waterfront since its settlement in 1639. Blessed with a perfectly protected deep water harbor just off the Atlantic Ocean routes connecting New York, Boston, and Charlestown, Newport quickly grew during its colonial period into a thriving mercantile center and port city. At the time of the Declaration of Independence, Newport was the fifth largest city amongst the American colonies, behind only New York, Boston, Philadelphia, and Charlestown. Its qualities as a port, however, made it an attractive target during the Revolutionary War and the city was seized by the British in December of 1776. By that time about half of its population had fled and the city continued to shrink in size and influence under the harsh occupation of the British troops and navy. It was liberated from British occupation in October of 1779. By that point, reportedly over 500 homes had been destroyed and there were no trees remaining within five miles of the harbor. Newport remained able to enjoy its natural qualities as a protected deep-water harbor conveniently close to the open ocean, and so following the successful conclusion of the Revolutionary War, the city slowly began to recover as a trading and mercantile center.

In the colonial period, houses were typically constructed of wood and civic structures (like the Colony House) and commercial buildings (like the Brick Market) were constructed of brick and stone. In the early 19th century, the United States began construction of Fort Adams to protect the mouth of the Narragansett Bay and entry to the Newport Harbor. The enormous stone structure is still among the largest single freestanding naval buildings in the country, and is home to the famous Newport Folk and Jazz festivals. To build this structure many stone masons were welcomed from Ireland and the Irish flavor of Newport began. These same masons were credited with building many stone warehouses and buildings like the Newport Steam mill building and Perry Mill, which have been converted to the IYRS boat building school and Newport Bay Club time share condominium respectively. 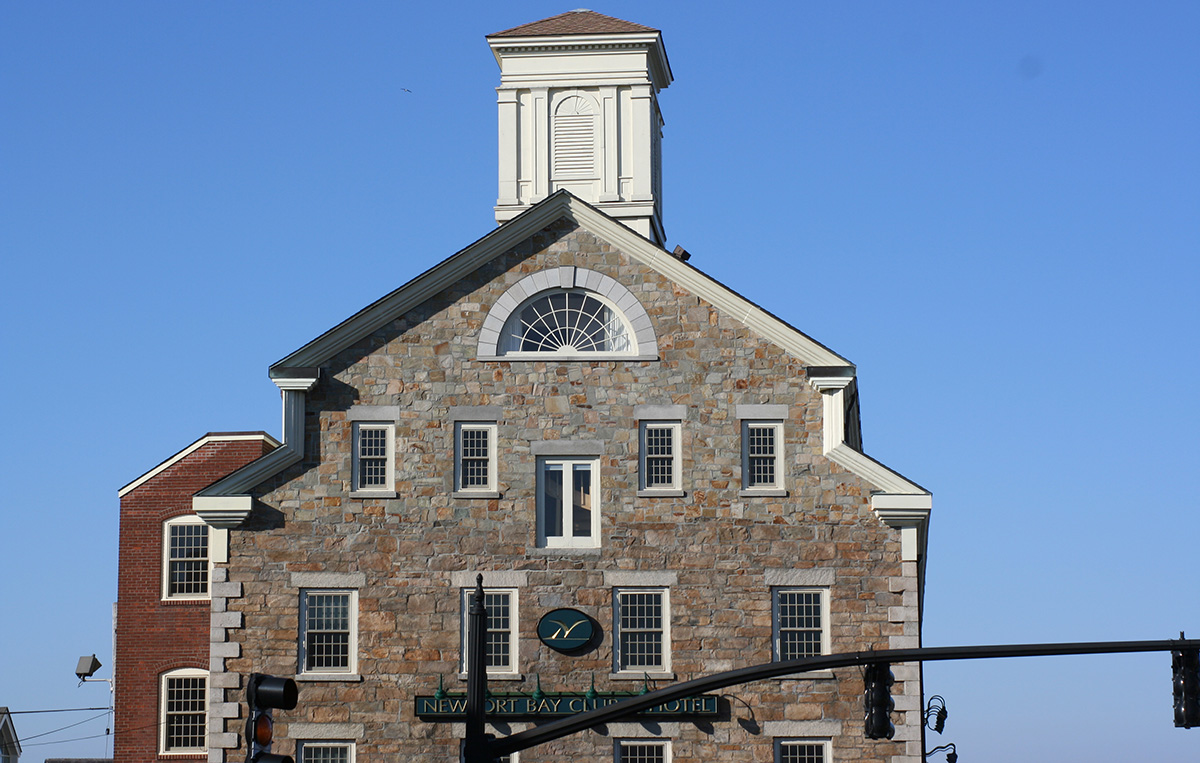 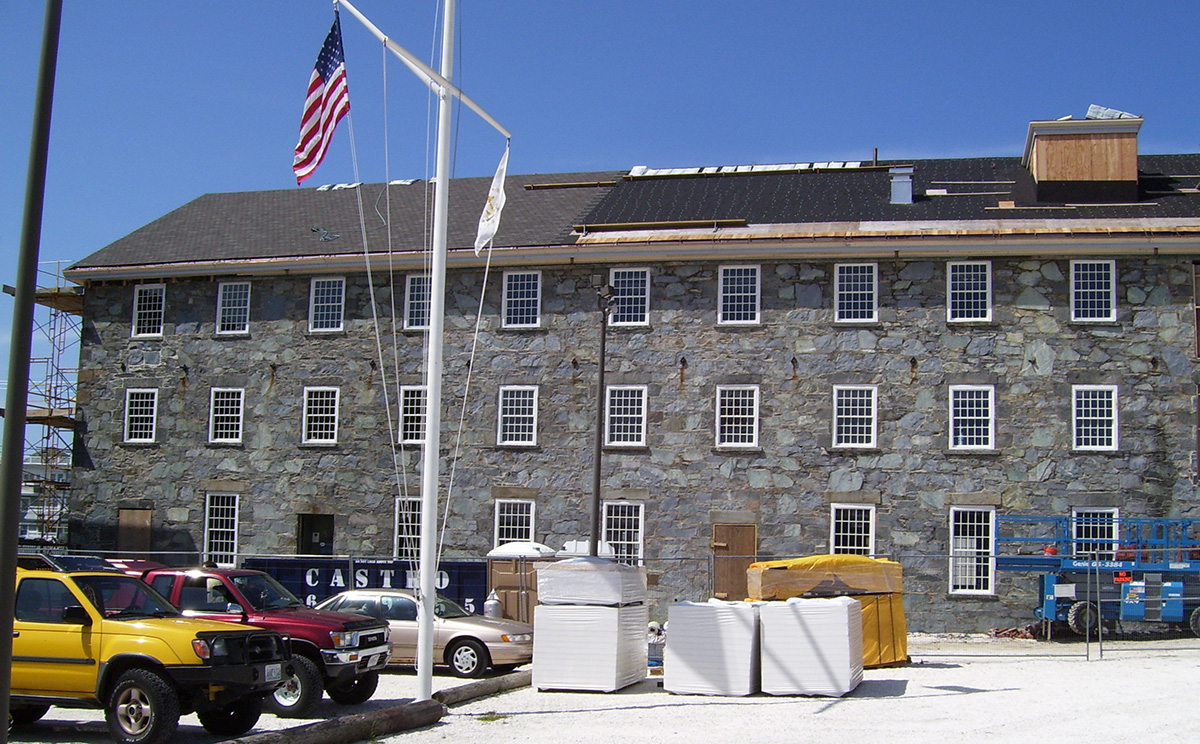 Another building that no doubt benefitted from the imported skill of these stone masons was the Armory Building located at 365 Thames Street and designed by Edward Wilbur in 1894. The building was a large open space that could be used for drilling troops and it was the departure point for Newporters leaving the city to fight in World War I. During the America’s Cup heyday of Newport, it was the information center for the races and then, after the Cup races departed for Australia, it was used as a collection of antique stores until about five years ago. At that point the mayor Harry Winthrop heard that the National Sailing Hall of Fame (NSHoF), which was located in Annapolis at the time, might be seeking a new home since the organization had been unsuccessful in building a permanent home for itself there. 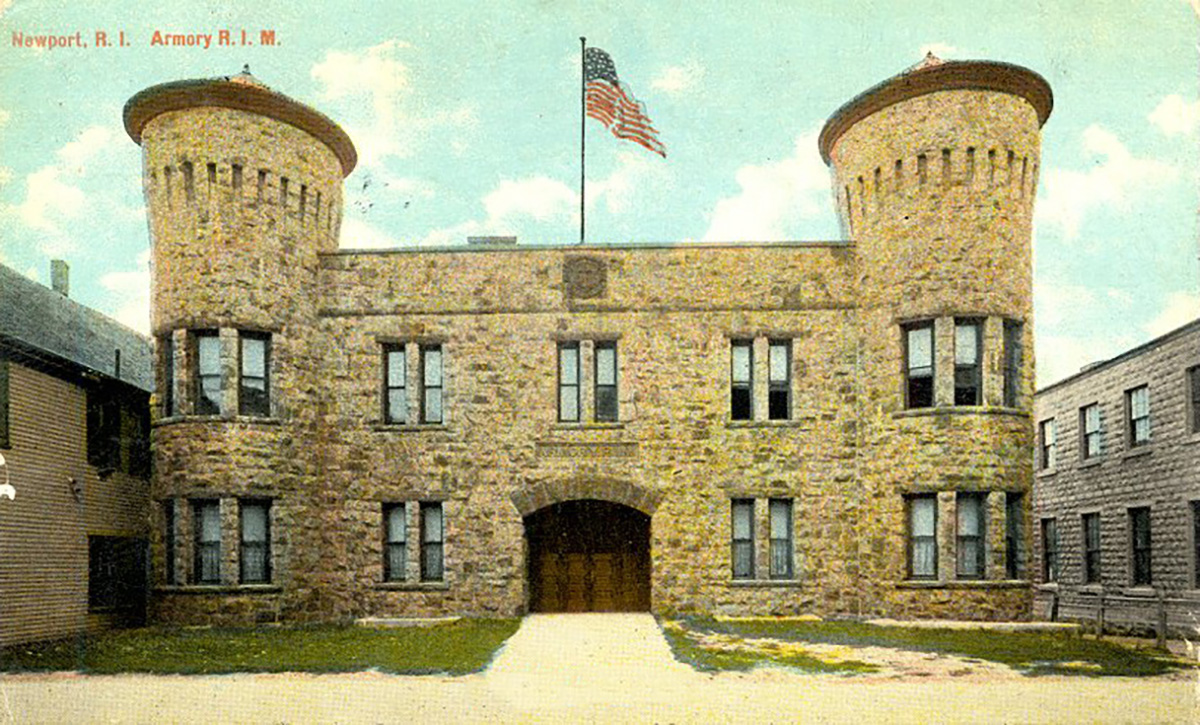 The Armory, sitting between the waterfront Thames Street in Newport, the sail racing capital of the East Coast (if not the whole United States), seemed an ideal spot and plans were made to split the building into two condominiums with the upper level being purchased and renovated into the new home for the National Sailing Hall of Fame. This will become the second sporting hall of fame to call Newport home, joining the International Tennis Hall of Fame housed in the Newport casino building on Bellevue Avenue. The building will also host The Sailing Museum, which is the natural and perfect complement to the Sailing Hall of Fame.

Directly across the street another building, which has a long nautical tradition, is also being restored to an updated use. The building located at 364-366 Thames Street was once a ship chandlery, a place that stocks the goods needed by boat owners to fit and fix their sailing and motor vessels. Up to about twenty years ago many Newporters would remember the store selling rope, winches, and other items that every boat owner needs. Over time the percentage of hardware decreased and the percentage of clothing increased until boating hardware was gone entirely. 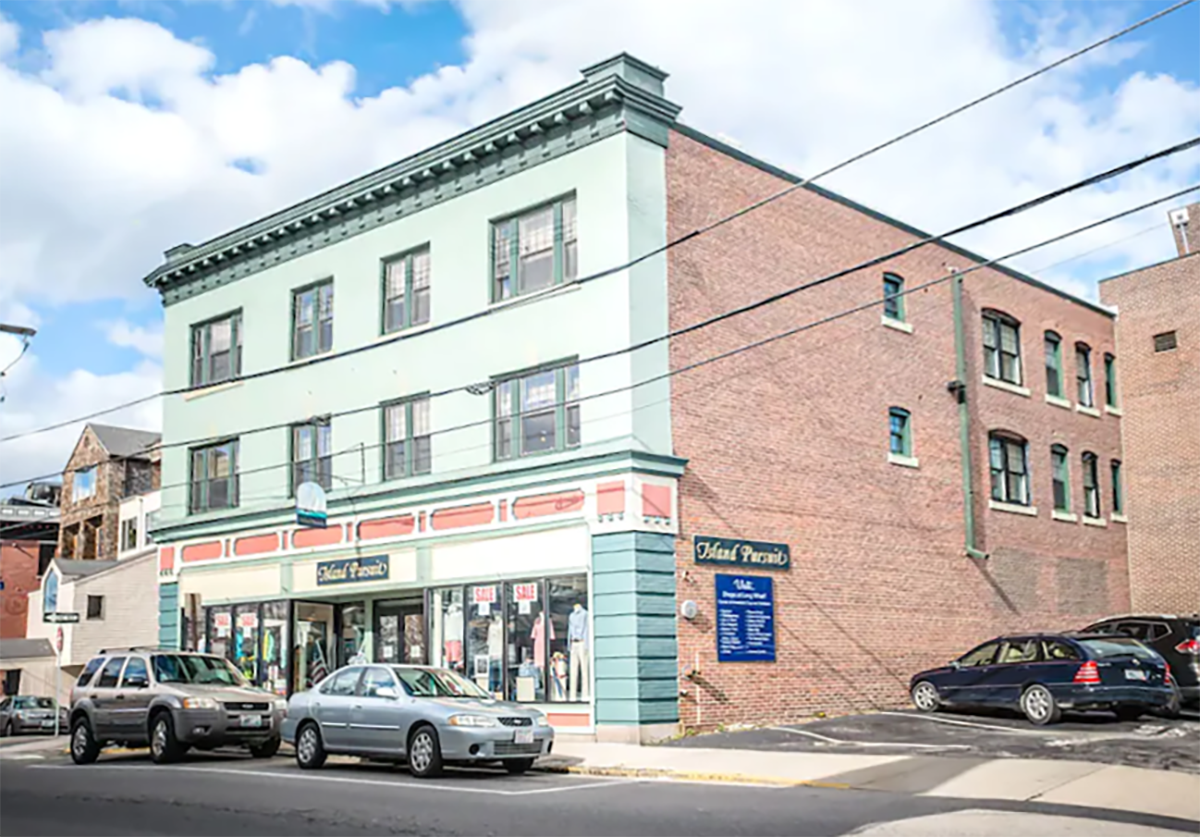 Just before the COVID pandemic struck, the clothing store was subdivided into two parts. The northern half of the store was taken by Hooley and Re-Sails, which makes nautical bags and other items out of sail material. Later this month the south part of the store will open with the first US flagship store for Gill, the British nautical clothing company and the sponsor for the US sailing team in the upcoming Olympic games. In both instances, these historic Newport buildings will be finding innovative ways to connect with new generations of American sailors and yacht owners here in Newport, which has long been and will long be the Sail Racing capital of America.

Ross Cann, RA, AIA, LEED AP, is an author, historian, and practicing architect living and working in Newport, RI. He holds degrees with honor in Architecture from Yale, Cambridge, and Columbia Universities. A4 Architecture is the designer for the new Gill flagship store.