The Lost (and Found) Theatres of Newport County 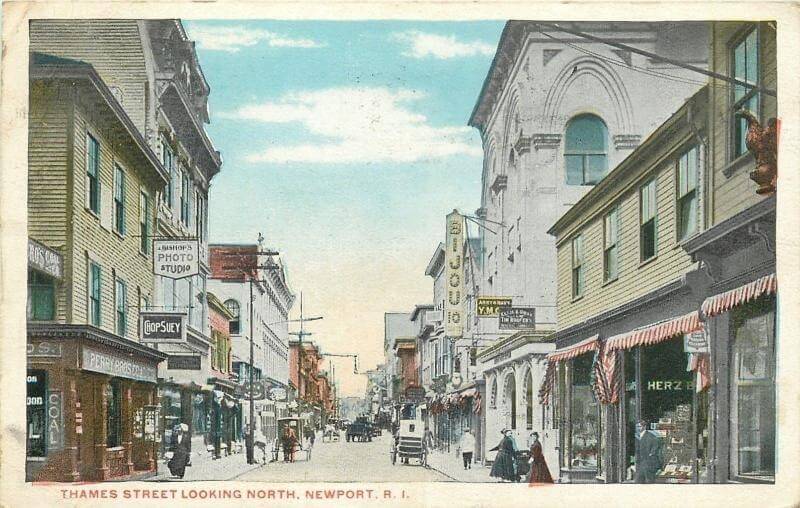 As we huddle in our homes waiting for the COVID-19 pandemic to end, it is inevitable that we think back on all the things we have been denying ourselves with a romantic nostalgia. One of those things is going to the theatre in a throng of people, gazing about the elaborate theatre with anticipation of the show to come. And in Newport this history of theater is a particularly rich one. It has been a living city that entire time filled with people working, playing and trying to live out their dreams as best they can. If we could watch the time lapse of the city’s development from the discovery of the freshwater spring around which Newport grew to it becoming the fifth largest settlement in the colonies at the time of the Declaration of Independence, to its sequential rises and falls as a famed resort community, what a fascinating movie it would make.

Like in the famous 1988 movie Cinema Paradiso, Newporters are deeply enchanted and in awe of this incredible theatrical past. It is common to hear people proudly proclaim that they are fourth or fifth generation Newporters. We have operating business like the John Stevens Shop that started before the founding of the United States.  In Newport, we honor the past as almost nowhere else in the country does because we have managed to save so much of it by both hard work and good luck. Architecture is the record that each culture leaves behind as a reflection of its existence—what it was used for, the technology and material used to make it and the philosophy which guided its artistic creation.

And yet architecture must also often be reused, recycled and removed to make way for the next generation of artistic creation. What each society chooses to demolish says nearly as much about that culture as what they choose to build. It is through this lens of memory and history that we can revisit the lost (and future) theatres of Newport County. With regard to human entertainment, first came the tales told by great story tellers like Homer.  Then came theatre with the dramatization of these and other stories before a live audience. This was followed by opera where music was added to the dramatizations to make the experience richer. These were all difficult and expensive undertakings and were generally available for the entertainment of only a select few. With the invention of film in the Zoopraxiscope by Edward Muybridge in 1895 the dream of making visual entertainment more widely began to become a reality. The further perfection of the art through the first few decades of the twentieth century evolved into the motion picture industry that we are all familiar with today.

The silent movie rose to mass popularity in the era before the Great Depression. To meet this burgeoning demand, new movie picture theaters were built in Newport and Jamestown. Like the earlier buildings build for live productions like the Opera House, Strand (now the Jane Pickens) and the Casino theatres, these buildings were constructed as Palaces to entertainment with ornate walls and ceilings, moldings and bright paint schemes. During this Silent movie era, new theaters with glamourous names like the Bijou, the Star, the Colonial and the Empire were built in short succession along Thames Street in 1908. Remnants of some of these theatres that were built for the exhibition of movies still exist although mostly they have been converted to other purposes like retail or residential use. But the elaborate details that still exist make it evident that at the cinemas of that era “the show” began for the audience before the movie even began.

With the invention of synchronized sound recording in the late 1920’s the “feature length” movie of an hour or more quickly became the dominate form of entertainment for the majority of the Americans and served as a common cultural touchstone for people around the country as new movies reached the various corners of the country at roughly the same time. In 1929 a grand new theater called the paramount was built on Broadway with an extraordinary 1,212 seat capacity. The moment in The Wizard of Oz when the familiar black and white cinematic depiction of Kansas erupted into the vibrant technicolor world of Oz when Dorothy’s house lands must have taken all of America’s collective breath away in theatres across the nation in 1939 and made them all feel like they too had been carried to a new fantastical world.

James Cole, who grew up in Newport in the 1950’s and 1960’s and who has collected and shared photographs of the city’s theaters, recalls seeing Disney movies at the Paramount regularly as a child. As he and his friends grew up, he recalls being shocked to hear the word “Hell” in a John Wayne movie, which left the boys aghast. Other things he recalled are less romantic like the plumes of cigarette smoke which rose within the theaters during the movies, which would be unthinkable today. One reason the city was able to support so many theaters was that the local navy bases would shuttle hundreds of soldiers by bus to the cinemas regularly, helping counteract the lack of parking around the various buildings.

In the past there were at least thirteen theaters in the county, three that are still open, six that are closed or transformed for other functions, three that have been demolished completely and (most hopefully) one that is currently undergoing restoration. 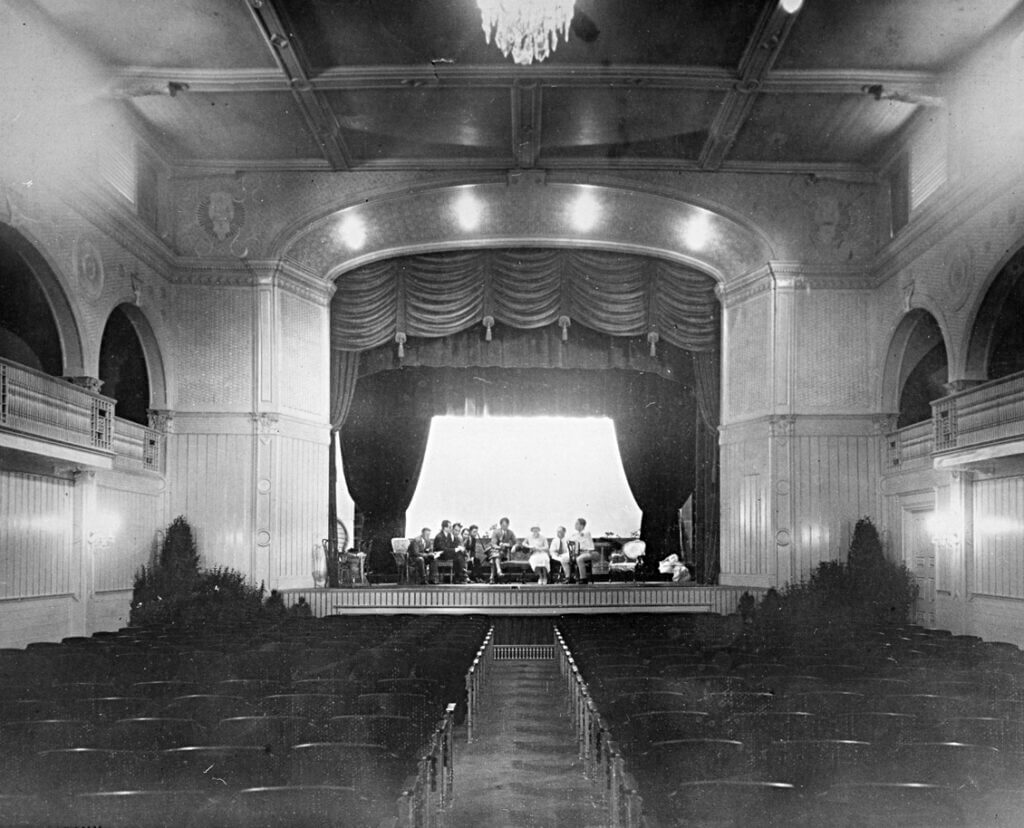 The rapid technological advances that made motion pictures possible and profitable were also the same forces that have led to the precipitous fall in theater attendance. With the invention of television in the 1950’s the need to go to the cinema decreased. With the invention of VHS, then DVD and finally streaming services people had the option of watching movies from the comfort of their own homes and on their own schedules. The explosion of new creation through a myriad of online portals has both been a boon for the generation of content but also a further injury to the idea of a Cinema Paradiso–that shared movie theatre where a community could come together to watch a romance, tragedy, drama or comedy that could take each person far away from their own troubles and realities, at least for a time. And so many of these theaters must now live only in our memories as the lost gateways to exciting and wonderful worlds beyond our imaginations. The theater buildings are ghosts to be celebrated and, in the rare case, resurrected so that the great tradition of cinema on the big screen is not lost entirely, even in the face of the current pandemic and technologic change.

Ross Sinclair Cann, RA, AIA, is an historian, educator and founding Principal Architect at A4 Architecture in Newport, Rhode Island.  He holds architectural degrees from Yale, Cambridge and Columbia Universities and took film studies classes while at Yale.