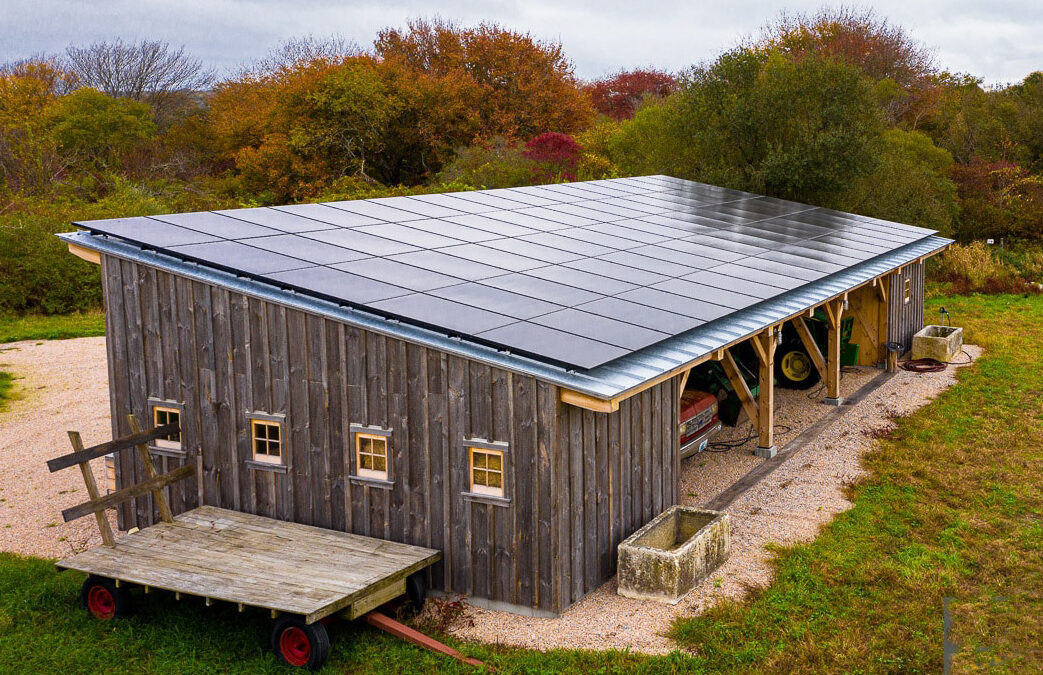 At the UN Climate Summit (COP26) occurring now in Glasgow, Scotland, there has been a clear call from all of the leading economies of the world that the catastrophic effects of climate change are beginning to occur now and to a greater severity than even the most pessimistic scientific predictions. This is rousing them to action.

As time is growing short to avoid the two-degree increase that would result in severe climatic events and a massive extinction event, the issue is no longer about how to simply reduce carbon dioxide output but how to get to “carbon neutral” as quickly as possible. This may well be the most difficult and yet important, undertaking humans have ever attempted as a species and the penalty for failure could well be beyond catastrophic. In order to achieve this goal of eliminating carbon emissions that more than 3,000 peer reviewed scientific studies confirm is the primary cause of global warming, every country in the world and every aspect of their economies must be marshaled to reduce carbon emissions. But, while the current situation is indeed dire, there are reasons for some guarded hopefulness. First the new unanimity of the leading economies that the situation can no longer be ignored is a cause for some optimism. Humans, when faced with existential threats, have proven to be amazingly resourceful and resilient. Second, many of the technologies that are necessary to achieve “carbon neutrality” exist already and simply need to be scaled up and rolled out more widely. From the standpoint of CO2 production, buildings are the single largest producer of “greenhouse” gases as a category. Addressing this situation is something that architects and their clients can start tackling immediately.

There are three main technological advancements of the last twenty years that can help make a house or building “carbon neutral” or “net zero.” They are high performance insulation, geothermal heat pump HVAC, and solar photovoltaic production. The first two topics have been written by A4 Blog articles in the past. Solar energy production is the topic this article will focus upon.

One of the remarkable things about solar energy, which first achieved widespread usage during the OPEC oil embargo of the 1970’s, is that the cost of production of solar energy has continually fallen from that time to the present. 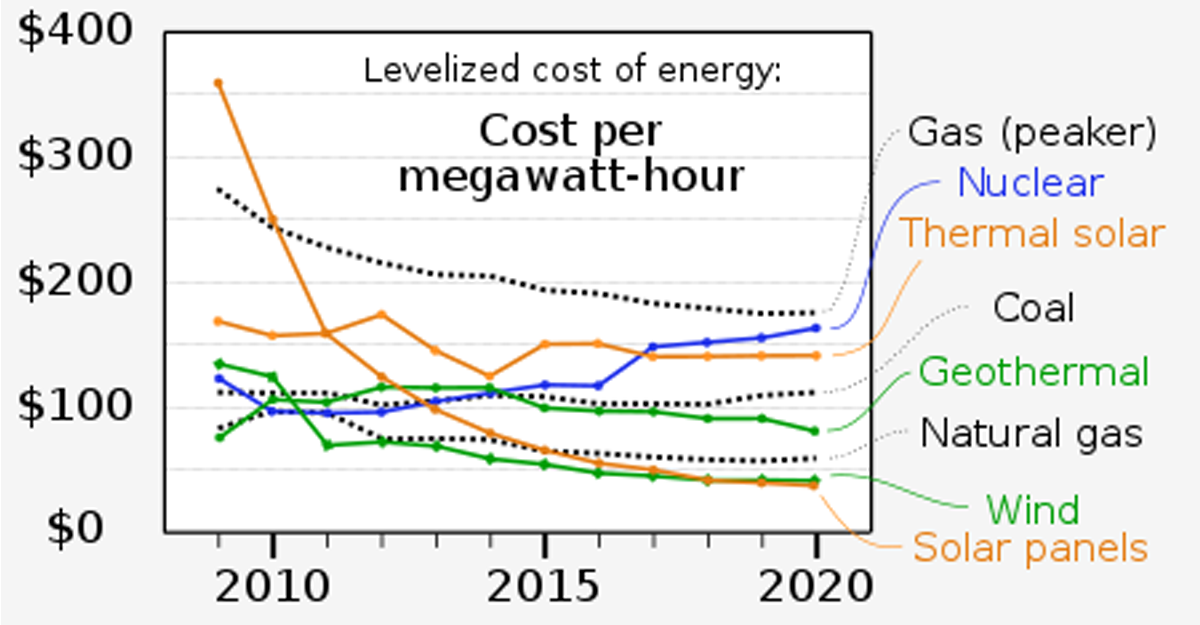 First developed to power satellites and space stations of the future, solar energy can now be a productive and affordable component of construction right here on Earth. The cost per kilowatt (kW) of solar energy has dropped from $101/kW in 1975 to an astonishing $0.37/kW in 2017. It continues to fall for two reasons: first and foremost, the efficiency of panels has improved markedly and secondly, as more and more panels are made, “economics of scale” allow each of those panels to be made more cheaply. This in turn spurs more production and helps fund more research producing what is often termed “a virtuous circle” of continual improvement and diminishing cost per kW. 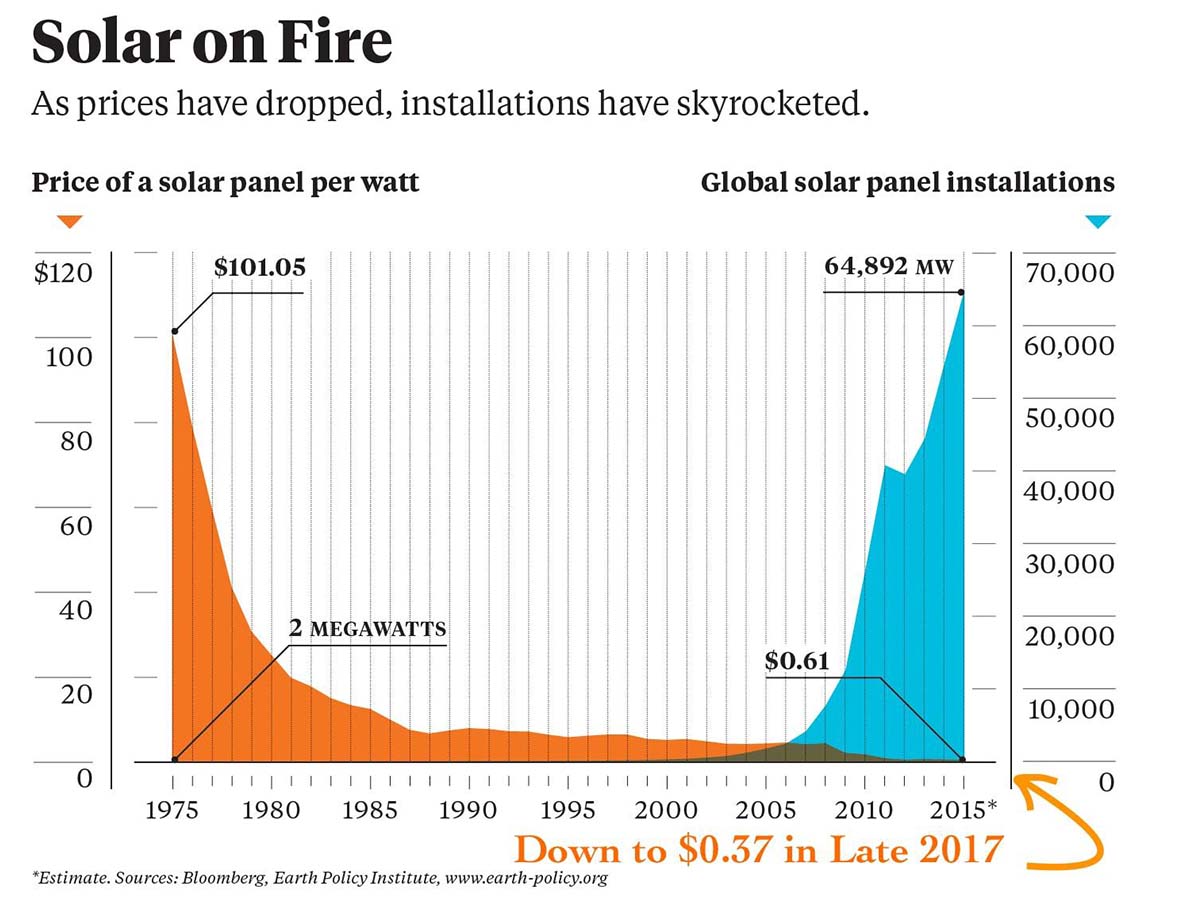 Solar panels also have the benefit that they are reflective and so solar energy that is not converted into usable electrical energy is reflected back up and (hopefully) away from the planet. One reason that the planet is warming much faster than originally anticipated by many scientists is that snow and frozen surfaces are thawing and leaving dark ground or water exposed, thereby increasing the amount of solar energy that the planet is absorbing. This magnifying effect was not fully appreciated in the early climate models. Although there is no way to replace all the vast area of lost reflective snow and ice with solar panels, the more reflective area that is created, the less energy the planet will be absorbing in a negative and harmful way. Solar panels also have the benefit of decentralizing energy production, making the electrical grid more resilient to failure at a central source. 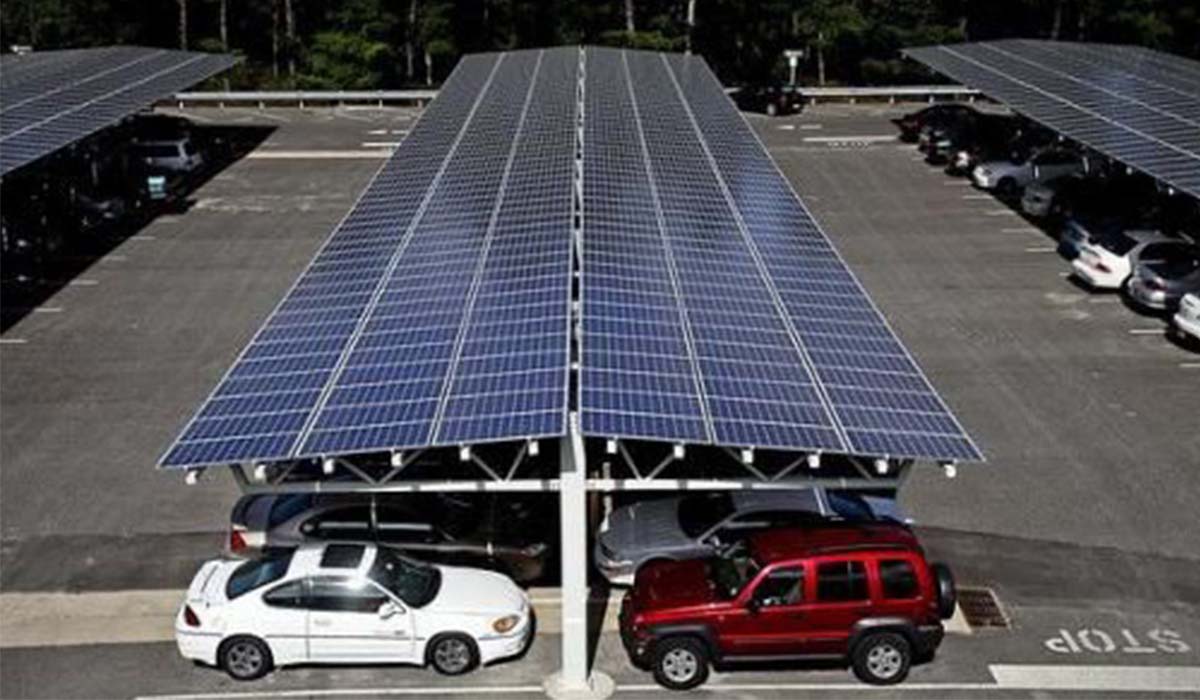 As the agreements of COP26 emerge two things seem evident: firstly, to reduce the creation of carbon emissions, carbon taxes are inevitable; secondly, the monies that flow in from these taxes will need to be deployed in encouraging the adoption of new technologies that reduce and hopefully eliminate the output of carbon dioxide and other greenhouse gases into the atmosphere.

Many people think “Gosh, two degrees doesn’t sound like that much!” and “Doesn’t global warming just mean less snow for me to shovel!” Unfortunately, even a single-degree of temperature change has an enormous effect on weather, crop production, and the distribution of water. As areas become unproductive, those people will try to migrate to areas where they can still make a living. We are seeing these effects today in the mass migration from Syria and Africa to Europe and from the Caribbean and Central America to North America with enormous political and social implications. Tragically, this will likely lead to both war and civil unrest as people whose livelihoods are being challenged begin to react with nothing left to lose.

Hopefully the new solar technologies and programs to encourage their adoption will advance quickly enough to help prevent the most apocalyptic and dystopian visions from becoming realities. We can each be part of the solution and save some money at the same time. The time is getting short and the need is becoming more apparent every day.