The noble, elegant and magnificent architecture of Newport County is not just located in the city of Newport but is found in each of the other five communities that are also part of the county, including Middletown, Portsmouth, Tiverton, Little Compton and Jamestown. Located on a spacious hill between First and Second Beach, St. George’s School was founded in 1896 by the Reverend John Byron Diman, and is a private boarding school located just east of the city Newport in Middletown, Rhode Island, placed elegantly on a hilltop campus between First and Second Beaches.

The St. George’s School campus, designed by Frederick Law Olmstead, is given the moniker “The Hilltop” for its downward views overlooking the sprawling shoreline between Middletown and the Atlantic Ocean beyond. The campus includes many notable buildings that can be found on the National Register of Historic including McKim, Mead & White’s Memorial Schoolhouse and Little Chapel.  At the heart of the campus, towering above the surrounding buildings stands the grand St George’s Chapel, the school’s tallest and most prominent landmark. Positioned amongst several other celebrated buildings, the chapel is designed in the grand English Collegiate Gothic Revival style. 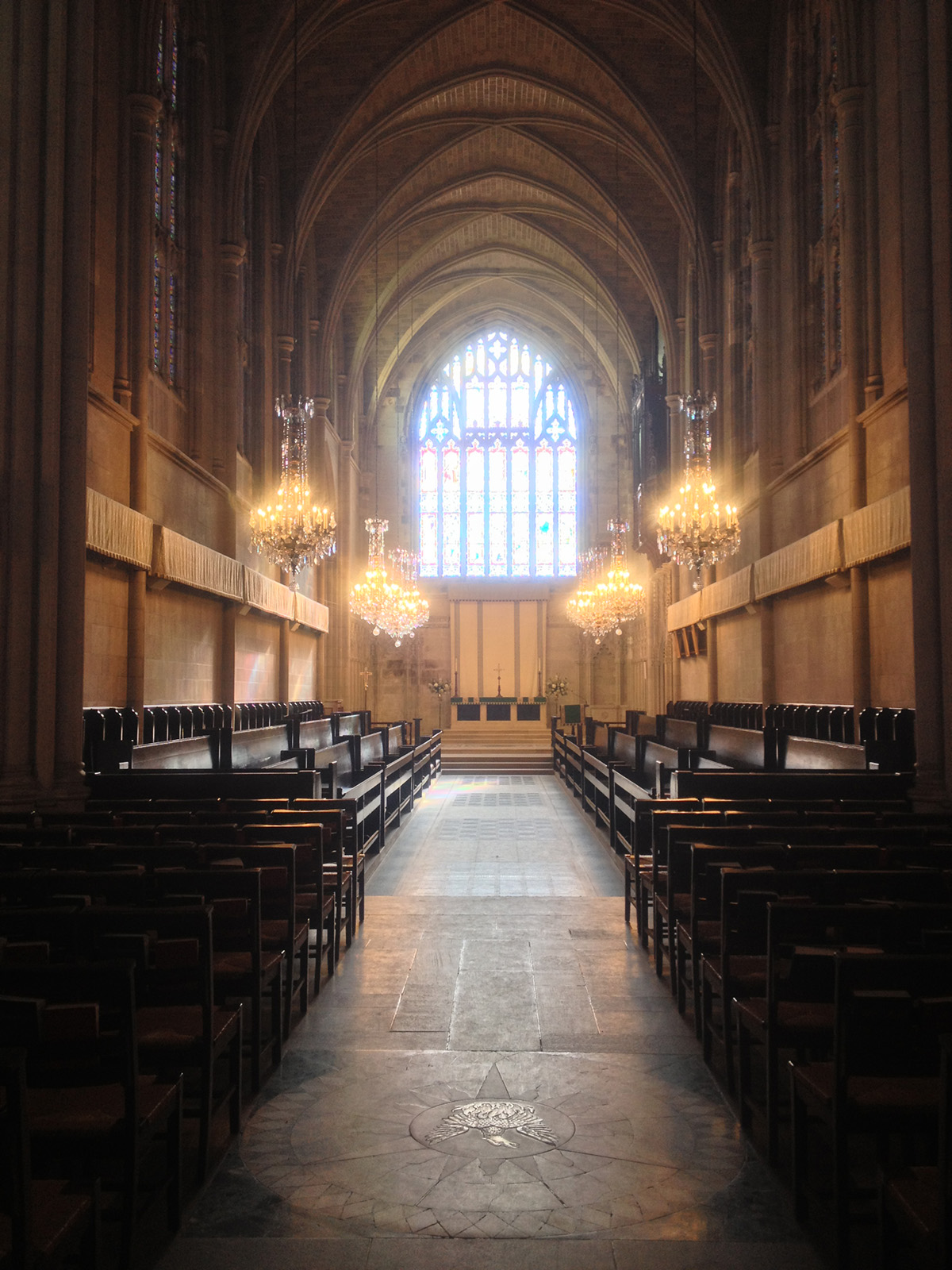 St. George’s Chapel was constructed in 1928 under the architectural direction of Ralph Adams Cram. Cram’s career included the design of 60 iconic churches throughout the United States. By the time the design for St. George’s Chapel had been completed in 1924, Cram was a seasoned architectural professional. The chapel was funded by John Nicholas Brown, who was also a St. George’s alumni and served as U.S. Assistant Secretary of the Navy. Cram had designed the Emmanuel Church in Newport for Brown’s mother nearly three decades earlier and had become both a well-known architect and a family friend, making him the natural for the project. Cram was best known for his Gothic Revival architecture, of which the St. George’s Chapel is a particularly superb example.

The chapel’s most distinguished exterior feature is its soaring gothic tower, which can be seen from a great distance away, both from the west and from the east. The stone façade of the chapel is host to many sculptural elements including various iconic sea vessels that allude to the donor’s love of sea vessels, and figural representations of Cram, John Nicholas Brown, members of the building committee, and the saints John, Nicholas, and Natalie. Even sculptural figures of football and baseball player were integrated into the design into the building’s exterior. The most intricate details of the chapel can be found on the building’s extravagant and stately interior.

The interior of the chapel is unlike many churches of its time, with an elongated choir that leads to an altar at the choir’s end. The chapel does not include a traditional nave or transepts at either side but is more in keeping with the college chapels of Cambridge, like the famous King’s College Chapel. Due to this configuration, the entirety of the long choir aisle is lined with rows of pews that face each other and is sized not for the broader community but for the far smaller population of the school.

This past holiday season the chapel was host to the Brown University Choir singing Handel’s Messiah. In introducing the program to the audience, the choir master noted that the choice of venue was natural as the it was the “most beautiful space with the best acoustics” in the Newport area, because of is resonant stone construction. The performance was magnificent and at the end of the concert there was a sustained standing ovation with callouts for all of the ten soloists who were part of the performance.

To hear an English Baroque choral performance an what is essentially an English Baroque building was a special treat and a moving experience. Newport is fortunate to have such generous neighbors as St. George’s to share this Christmas performance with the nearby communities with their students (who now come from not only around the country but now from around the world to study there). The performance was also a wonderful reminder that architecture is a multi-dimensional artform, comprised not just of space, but the all texture of the materials, the sound of the song against the walls and the changing quality of the light coming through the high stained-glass windows as the sun slowly set during the concert.

Ross Cann, RA, AIA, LEED AP, is an author, historian, and practicing architect living and working in Newport, RI. He holds degrees in Architecture and Architectural History from Yale, Cambridge, and Columbia Universities. To find out more about St. George’s School and their schedule, please visit stgeorges.edu for information.