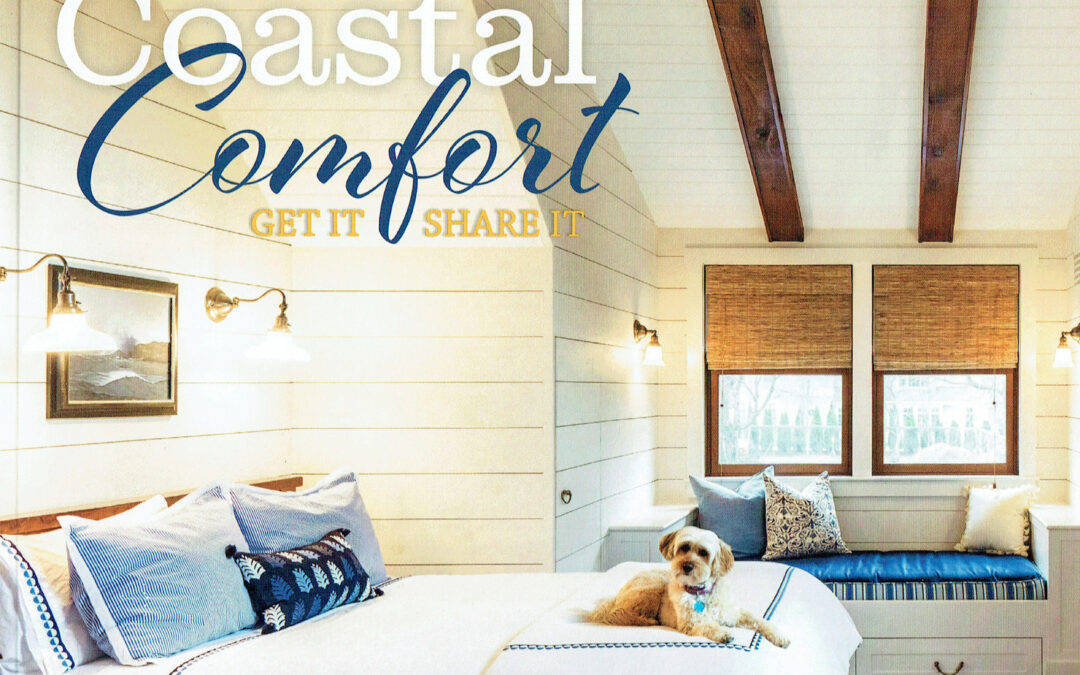 A4 Architecture is pleased to announce that one of its projects completed during 2018 was selected for the cover of the annual Newport Home edition. Among the many hundreds of renovations and new construction projects completed each year in the Newport area during 2018, the editors of Newport Home selected the carriage house designed on Ledge Road in Newport for Mr.  & Mrs. Charles Kenahan as the cover feature article subject.

The project was built as a freestanding house on a pair of adjacent properties owned by the Kenahans on a charming street almost at the end of Newport’s famed Bellevue Avenue. When the Kenahans came to Ross Cann, RA, AIA of A4 Architecture they had just purchased a charming but too small house to accommodate the couple’s recent college graduate triplets and 14 year old son comfortably. Furthermore the existing house had no garage and no large spaces to accommodate large dinner parties and other entertaining.

Rather than add a large and potential ungainly addition to the main house Ross convinced the Kenahans to consider taking the separate side lot that they already owned and build a new carriage house on the site. That way the two buildings could begin to create the sense of a traditional resort house compound and give the Kenahans and their guests more privacy.

As the property owner is a top ranked amateur sailor and needs on occasion to accommodate a large number of sail crew at one time, Ross designed the two spacious loft-like bedrooms of the new carriage house to accommodate either a guest couple or a larger number of people with built-in daybed and hidden storage to keep the space from looking cluttered and crowded. The entire project was built with a nautical spirit appropriate to the owner and with attention to utilizing every square foot of the house as was appropriate to the building’s compact size. The walls were all built with ship-lap siding and the structure was exposed to give the building the feeling of a hundred year old barn that had been converted rather than custom built.

Although compact and restrained in size, the Ledge Road carriage house project is filled with the same charm, attention to design and careful construction that Newport has become known around the world for since the Gilded Age. 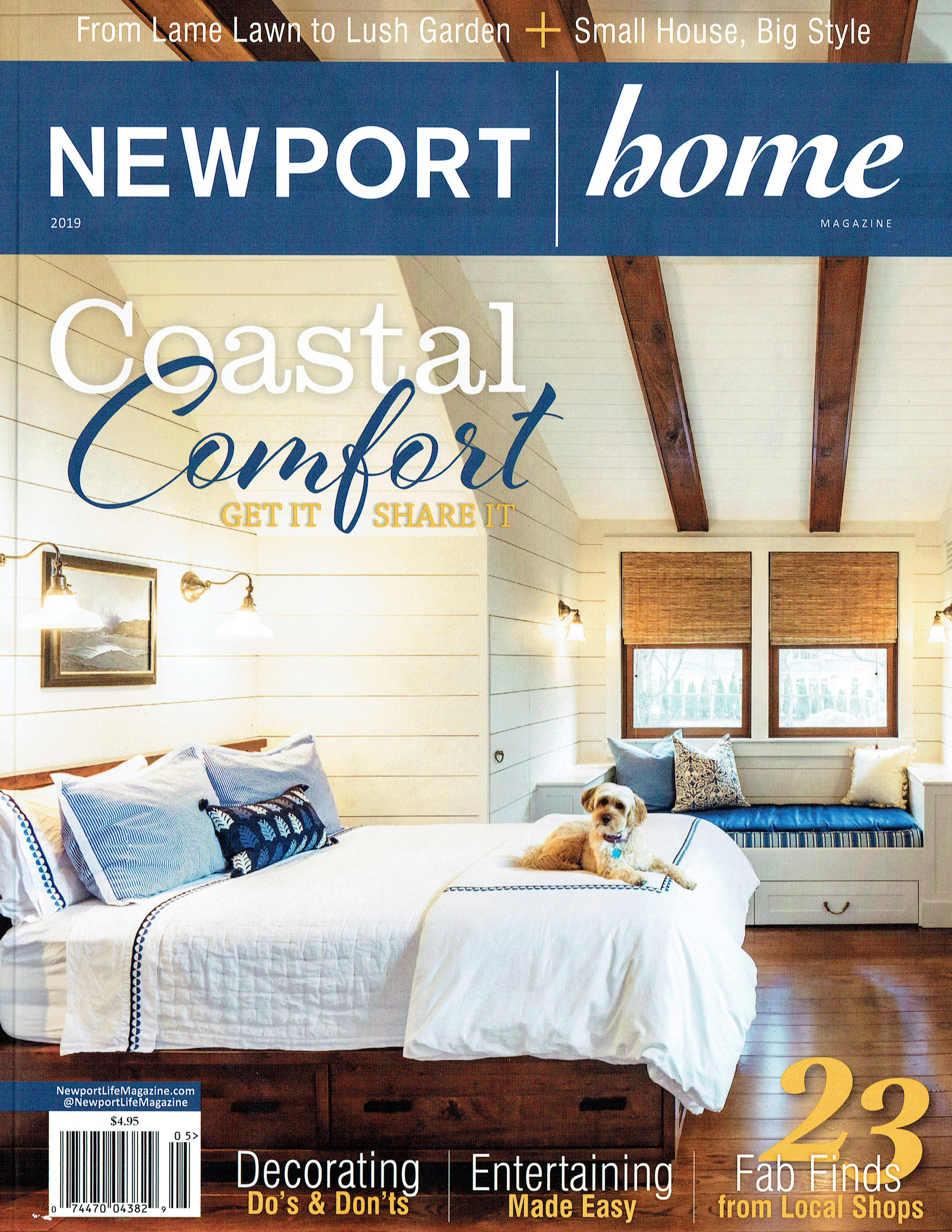 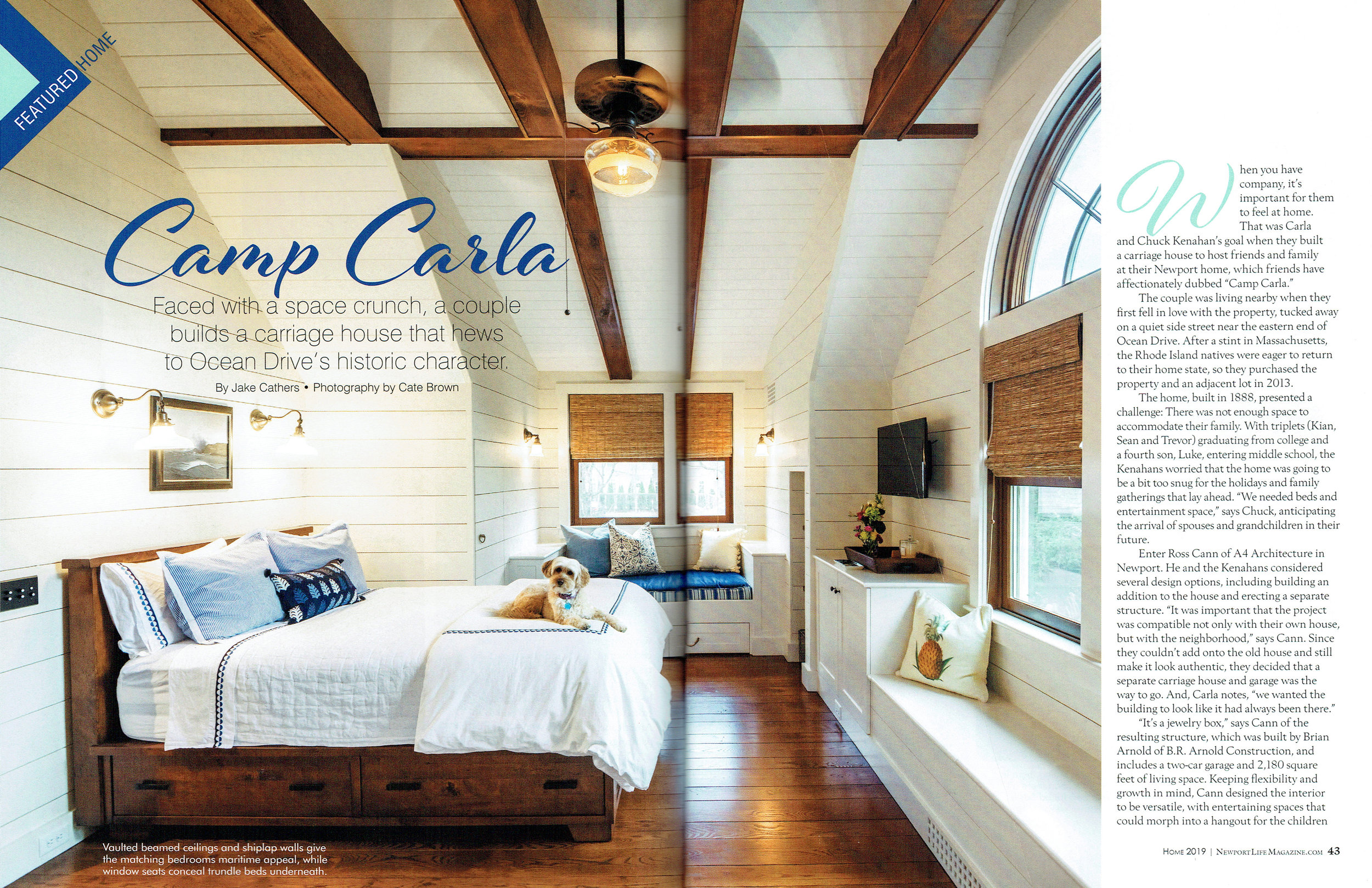 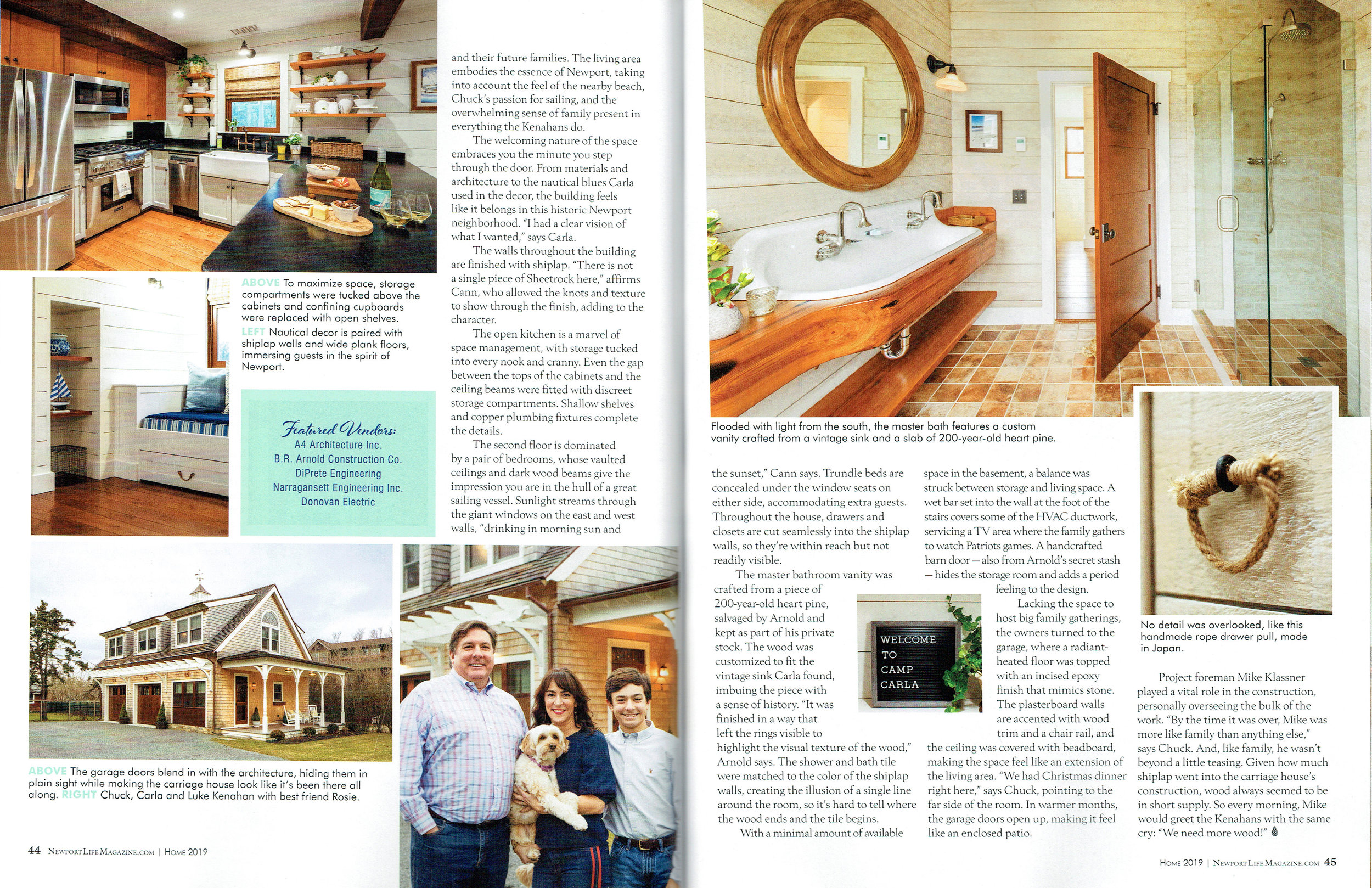