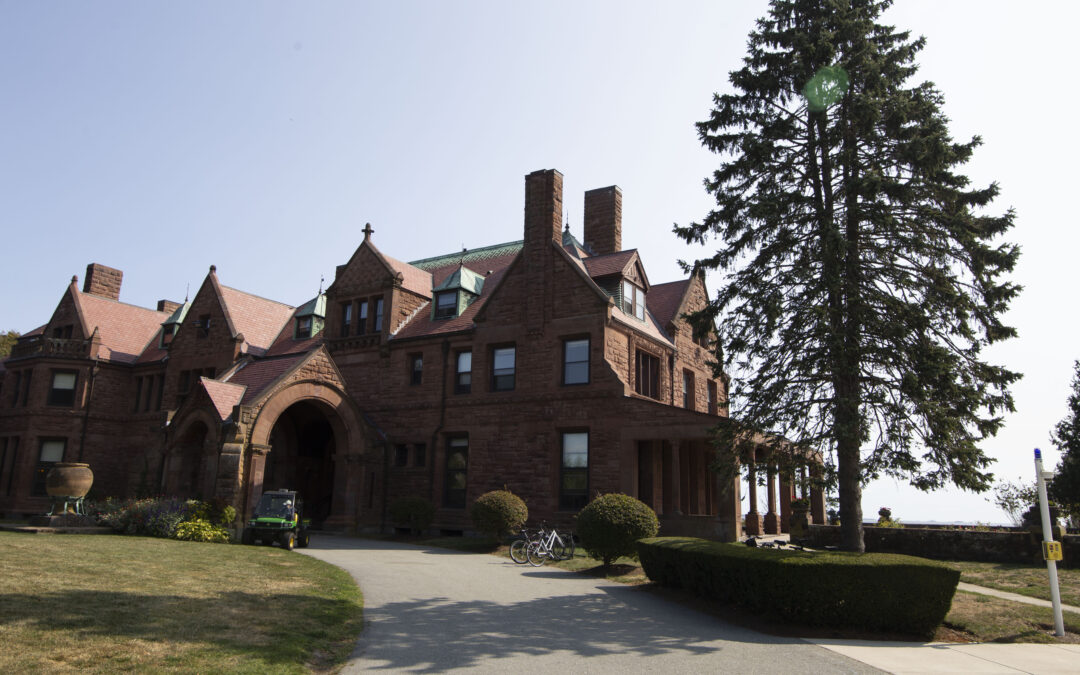 What do you do when you are a thriving university set in one of the most historic and noteworthy neighborhoods in America? In the case of Salve Regina University, you get as creative as you can.

Set within the Ochre Point neighborhood of Newport, Rhode Island and enjoying such renowned architectural landmarks as the Breakers as immediate neighbors, the University has grown over the last 75 years within a community of Gilded Age mansions. As part of the Newport Historic District, the area has significant development challenges. Many of the stately residences are still privately owned and members of the neighborhood are naturally anxious to keep the character of the community in character and scale with its historic structures. As a result any new buildings, particularly within the last twenty years, have been very difficult to get permitted.

A4 Architecture has just completed its fifth project on the Salve Regina campus. In each case the firm was asked to be creative, innovative, and sympathetic to the historic surroundings and structures.

In the renovation of the Ochre Lodge Carriage House, A4 Architecture took an old barn on an estate it had purchased and turned it into a new, historically appropriate dormitory, which has become among the most popular housing on campus because of its historic charm, character, and comfortability. The new building, although constructed from the ground up, was inspired by the original structure and saved elements and hundred year old, rough sown lumber from the original structure for both aesthetic and environmental reasons.

In the Munroe Building, A4 Architecture took 2,500sf of inaccessible hay lofts in an old stone carriage house and turned them into state of the art computer department offices and conference areas as part of a 15,000sf space refurbishment and upgrade of the entire building.

The most recent project executed for Salve Regina was to take an old laundry area and turn it into bright, comfortable, and functional offices for the graduate education department of the University. This project had the added challenge of needing to be done during a small and tight time window with design and construction all occurring during the COVID-19 pandemic. The new offices integrated modern HVAC improvements with the hundred year old subway tile and painted brick of the original building.

In each instance, maintaining the historic character of the buildings was as important as creating new, fully functional renovations that meet modern code requirements. Historic architectural fabric was maintained to the maximum degree possible for aesthetic, philosophic, and environmental reasons. In these “adaptive reuse” projects, A4 Architecture has been pleased to have the opportunity to spin straw into gold on behalf of Salve Regina University by turning usable spaces into beautiful and functional offices, dormitories, and classrooms.

Ross Cann is an author, historian, teacher and founding architect at A4 Architecture in Newport RI. He has been involved in countless adaptive reuse projects in Rhode Island and elsewhere over his thirty-year career including many projects at various Preservation Society properties, the Newport Casino, among many others.