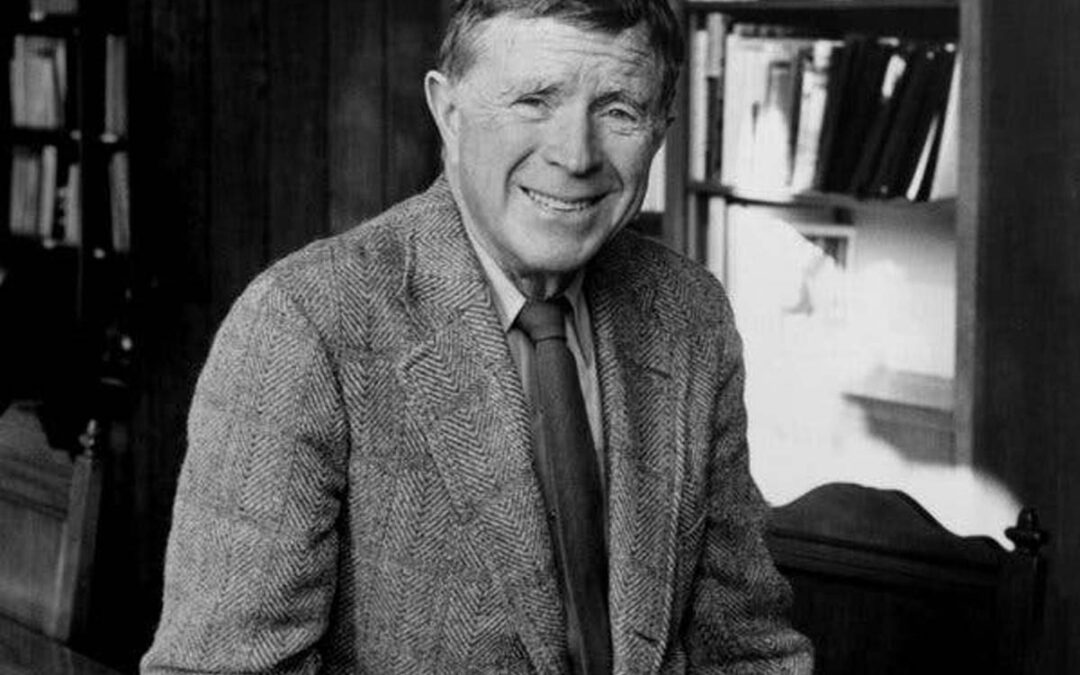 Many people have teachers that we particularly remember as having had an especially large impact on their lives and careers. For me, that teacher was Vincent Scully, who taught Architecture at Yale University from 1947 when he was still completing his PhD until 1991 when he officially retired.

He was, for the vast majority of his career, the most popular teacher at Yale and typically was assigned the Law School Auditorium as it was the largest teaching space on campus. This allowed the largest number of students possible to register for his lecture classes. The space was enormous with both ground level and an upper level providing about 450 seats. In my recollection, the vast majority of them were filled. The composition of the classes included architects (both at the graduate and undergraduate level) and art historians, but also every shade and shape of student on the Yale Campus–from political scientists and English majors fulfilling distributional requirements to law students who were monitoring the class because they wanted to learn from Professor Scully’s oratorical bravado.

His lectures were famous for their dramatic flair. The class was taught with side by side projectors filled with glass slides pulled from the Yale slide library by teams of teaching assistants. These jobs were considered plum positions. For one of my classes with Professor Scully, Maya Lin who had already completed overseeing the construction of her Vietnam Memorial competition winning design, was back at Yale to earn her Masters of Architecture degree and was awarded one of the eight or ten teaching assistantships available for the class, illustrating the high standard of achievement it took to win one of these coveted positions.

Tweed-coated Scully would carry a 10-foot-long stick that he would use as a pointer, swatting one of the two, 15-foot high projector screens behind him on the stage, indicating a particular detail. When he was ready for a new pair of slides, he would not interrupt his verbal cadence but simply bring the pointer down hard on the stage making a loud thump indicating to the projector operator up in the eaves of the auditorium that the next two slides should be manually inserted into the projectors and advanced.

What came through in Professor Scully’s lectures was first and foremost his passion about the subject of Architecture. The second thing that came through was his erudition and knowledge of the subject. Granted, by the time I took the class, Professor Scully has already been teaching the Survey of American Architecture class for more than thirty years, but the lectures were done entirely without written notes and came off more like a one-man stage play than a dry recitation of names, dates, and stylistic descriptions. At the end of every lecture, waves of applause would resound from the audience of students almost as if on cue. This was a sign of appreciation not just for the intellectual material that had been conveyed but for the reminder that ideas matter and that intellectual passion is a real thing to be unashamedly celebrated. 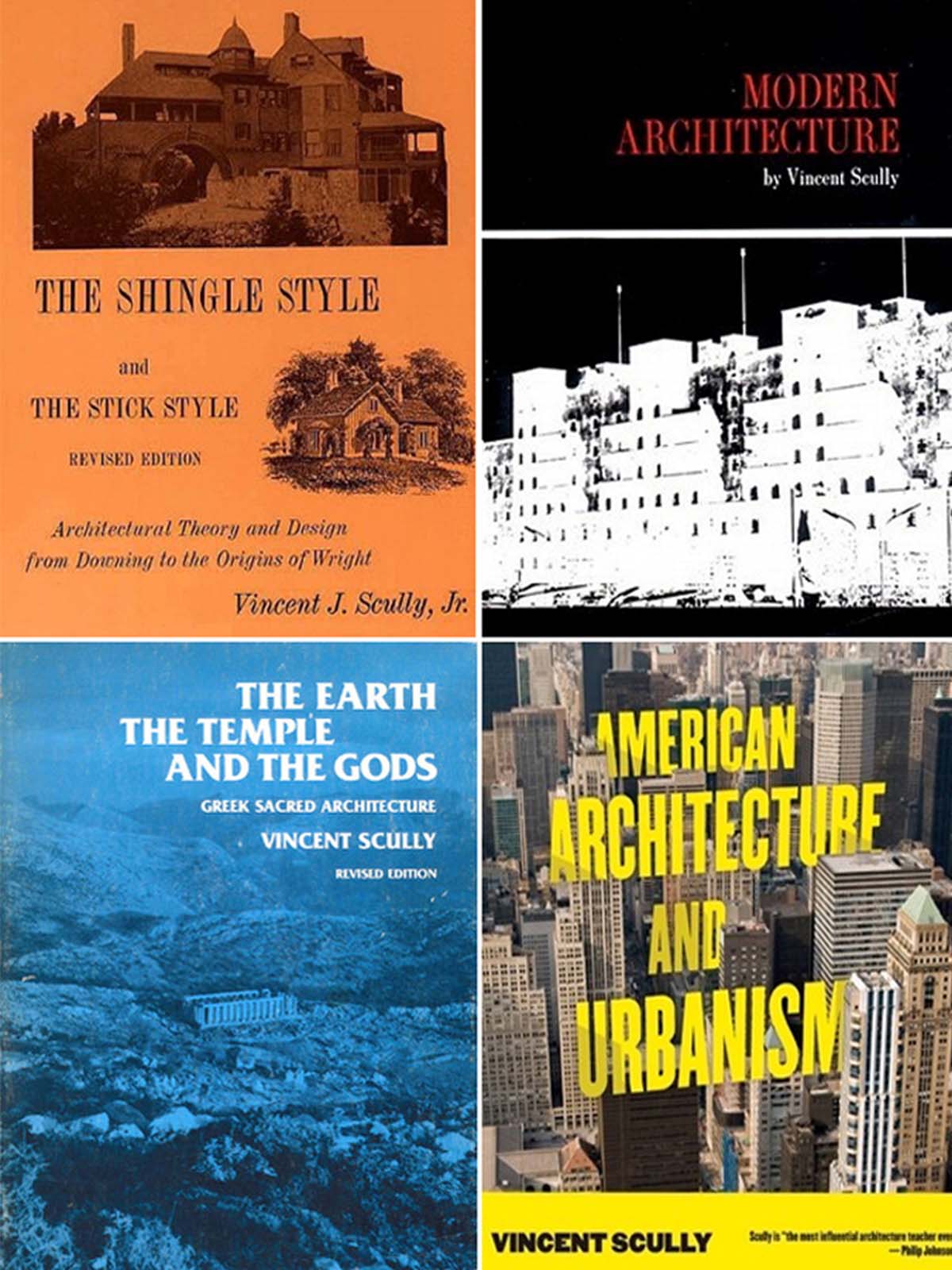 Vincent Scully’s impact on my life and career was much more than simply luring me away from a major in Molecular Biochemistry towards Architecture but also in introducing me to the community I would eventually settle in and call home. Vincent Scully’s Yale PhD thesis, blandly entitled The Cottage Style, was renamed The Shingle Style and the Stick Style for national publication, thereby establishing two new terms that are used essentially universally today within architectural historical circles. For his material he drew heavily upon the architecture created in New England seaside resorts where architectural inspiration was met with sufficient budgets and the architectural expertise to execute them to full effort. Foremost among these communities was Newport, Rhode Island, which was the Gilded Age enclave of wealth where architectural flights of fancy, more elaborate than anywhere else in the world at that time, were allowed to take full flight.

It is not surprising that Professor Scully’s American Architectural survey course was rich with buildings from the “City by the Sea” (as Newport is whimsically known). When the newly created Preservation Society of Newport County commissioned a study of Newport’s architecture, they recruited the well-established Rhode Island historian Antoinette Downing and the young Yale academic Vincent Scully to undertake the effort. The work was published under the title The Architectural Heritage of Newport Rhode Island 1640-1915 and remains the most authoritative work on the extraordinary architectural history that this community has created over it long and rich history. 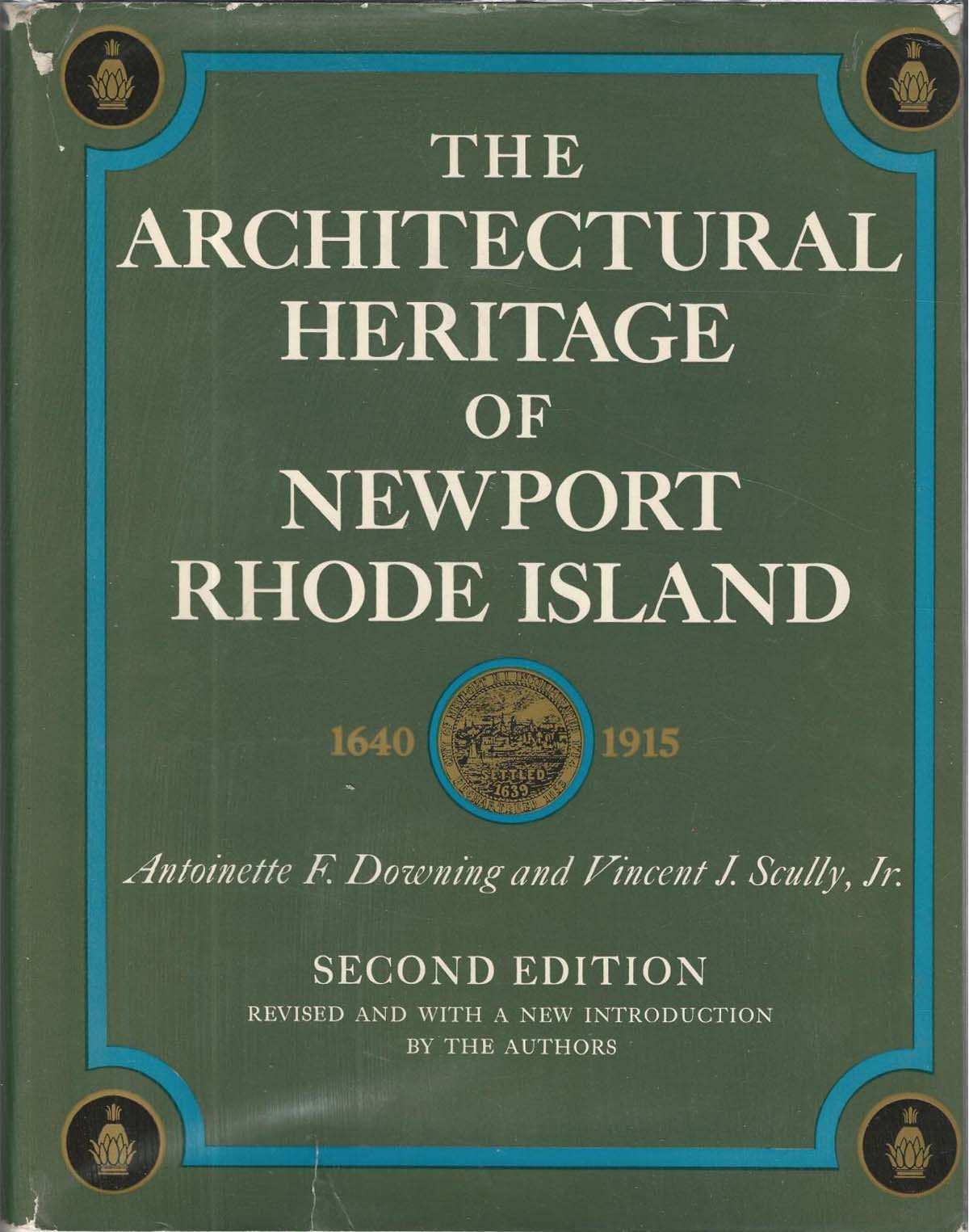 The book, academic in nature with black and white “plates” at the back of the 526-page tome and with long appendices and hundreds of academic footnotes, might seem dry and dull by today’s colorful standards but the writing’s authority and the breadth of the undertaking was noteworthy and the book quickly became an extraordinary reminder to academics everywhere of the rich treasury of architecture to be found in Newport. These images and figures of this effort inevitably found their way into the slide presentations of Scully’s architectural survey classes as well, and they were certainly my first introduction to the architecture of Newport.

Many years later, after I already strayed from the path of science and medicine to try my luck with a creative career as an architect, I found myself vacationing with my wife in Newport for a long weekend. I was astounded to see in such a small geographic area such an abundance of noteworthy buildings. I remembered score of these buildings from Scully’s Architectural Survey class and from classes taught by one of his students turned architect, Professor Robert A.M. Stern at Columbia, where I undertook my Master of Architecture studies. Visiting Newport was a “reunion with a city I had never met before.”

Eventually, like the Gilded Age barons from a century before but on an infinitely more modest scale, we purchased a three-bedroom stone cottage to escape from New York on weekends. That moved us closer to Boston, where we eventually spent several years of professional careers before moving to Newport fulltime. 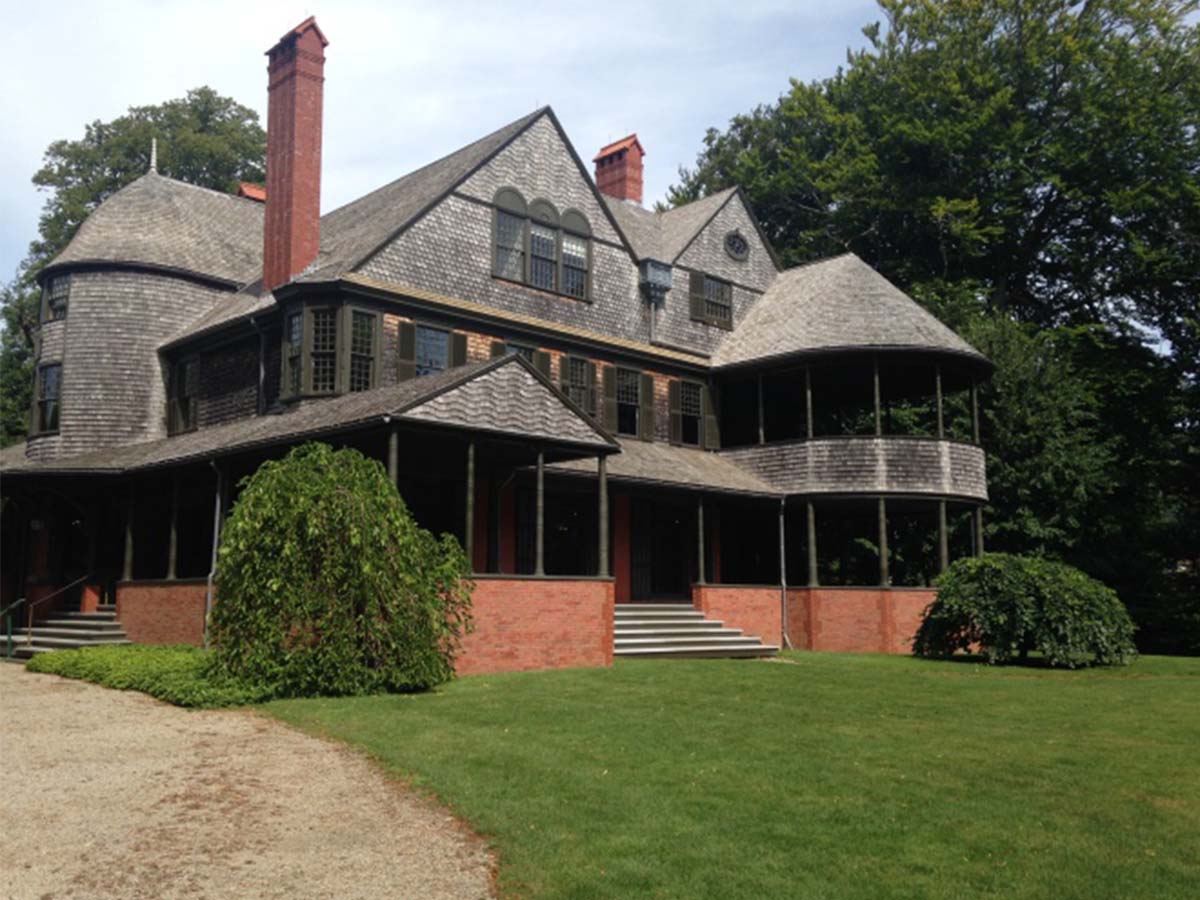 It has been a pleasure and privilege to get to know so many of the buildings I first met as black and white slides in Professor Scully’s lectures as real and fully articulated buildings. Many of these I have since had the opportunity to work on as an architect or help preserve as a board member of the owning institutions. Although as a student I do not believe I ever caught Professor Scully’s notice, his passion for architecture and his special love and appreciation for Newport and the Shingle Style certainly had a life changing impact for me such that where I live, and what I do are directly connected to the idea first instilled in me (and so many others over the decades) in dark, wood paneled auditoriums.

Such is the way of academic and intellectual passion. There is no way to know what will become of the ideas or where those ideas will lead people, but perhaps it is enough to trust in their veracity and integrity to know that hopefully those ideas will result in positive impacts on the world. Vincent Scully and other teachers of his quality and character inevitably have that effect.