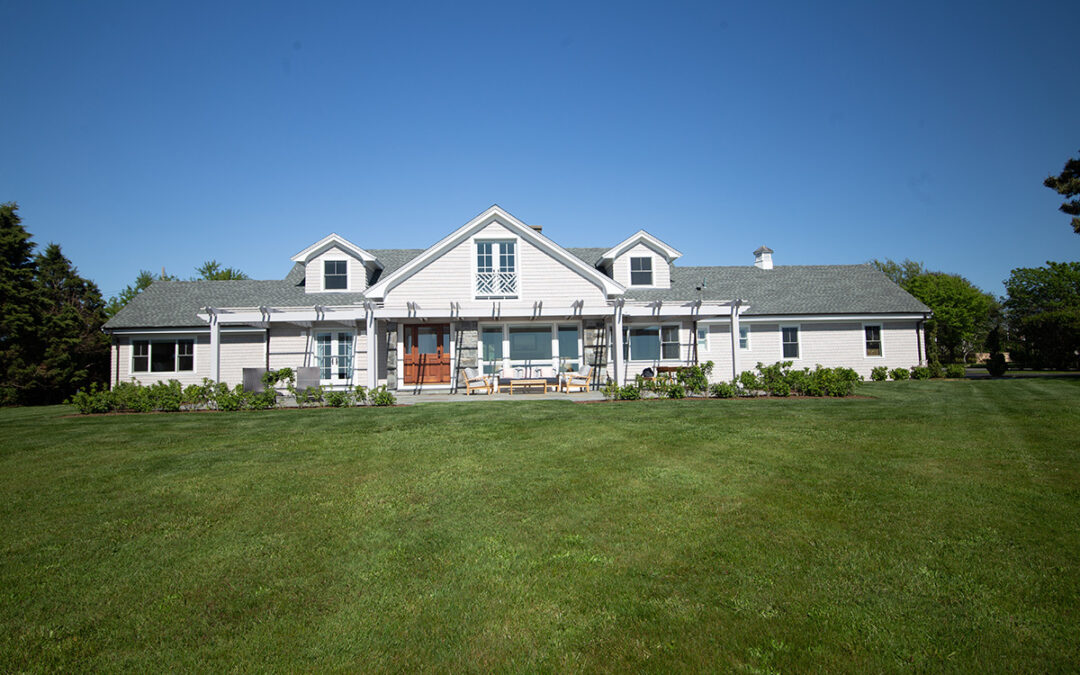 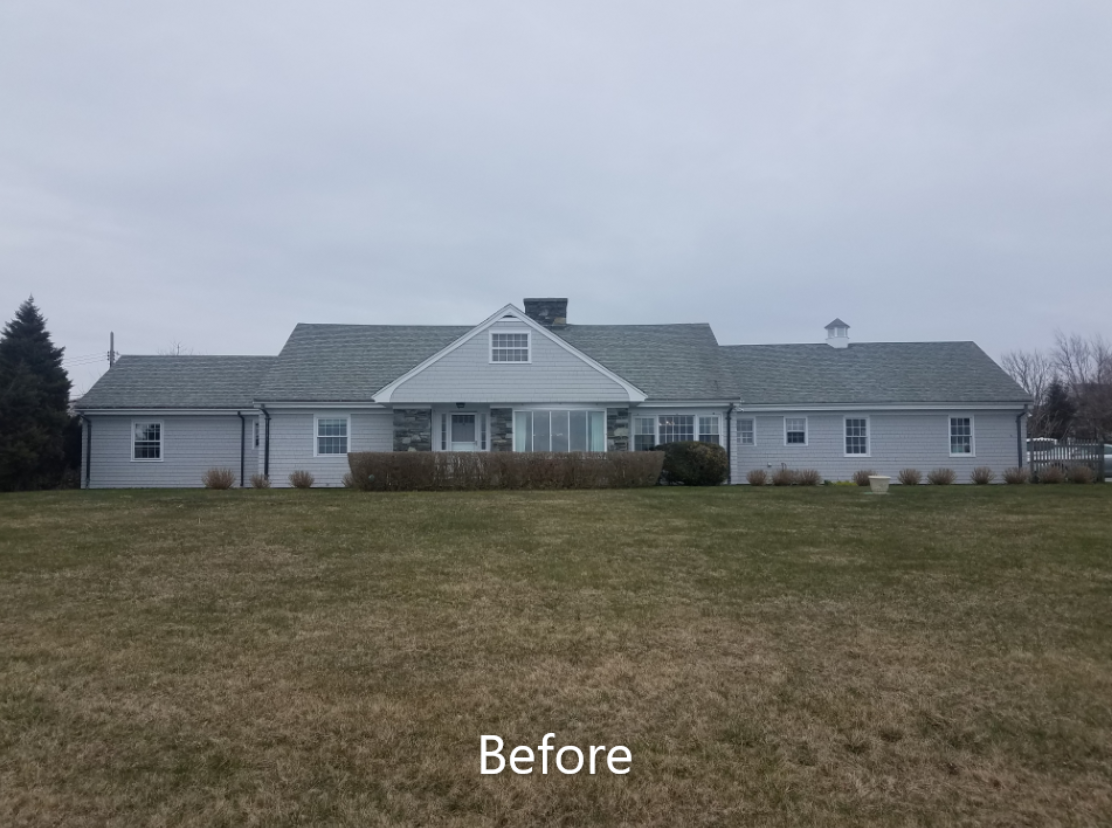 When houses were laid out in a small residential development called Chartier Circle back in the 1950s, little-to-no attention was paid to the spectacular views the area enjoyed. This now Ocean Ave Craftsman style cottage was one of the prime sites at the time, and all of a 5 bedroom cape was dropped out of a plan book and onto the site for Louis Chartier himself. But amazingly, all of the second floor windows were made to face away from the ocean. Before he could move into the house, he sold it to the patriarch of a large Newport family and for 50 years, he and his family resided there.

Time passed and finally the gentleman, his children long gone, decided the stairs and size of the house no longer suited his needs. The family decided to hold onto the asset for family events and for the robust summer rental market that had developed in the period since the house was first built.

The task of updating the house to current luxury rental standards fell to the son that had chosen to become a high-end home broker. He was familiar with what the market demanded and the full spectrum of architects and designers available to help the family transform the house into something that could command the maximum rent on a reasonable construction budget.

The family’s selected point man was immediately drawn to Ross Cann (RA, AIA, LEED AP), the Founding and Managing Principal of A4 Architecture. He had seen projects the firm had done in the past that had made remarkable changes to previously plain and ordinary structures and sites.

Upon visiting the house, Ross was struck by three things, “The house was facing away from one of the most spectacular views in all of Newport; the plan of the house divided the space into a warren of small, separate rooms; it was impossible to find the front door.”

After some investigation into enlarging the septic field to accommodate more bedrooms, the research came back that the existing 5 bedrooms was all the property could support. In a way, this discovery made the conceptual design process easier. Since the house size was fixed, all visions of complete tear downs were pointless on an economic basis, and so the best possible transformation of the existing house was the sanest plan of action.

Ross started out by sketching in two dormers to give the upstairs space light, air, and magnificent views. He also drew in a much larger front cross gable. This turned a small, low ceiling room into a much more spacious bedroom with amazing views of Beavertail, Narragansett, and the Atlantic Ocean beyond. All of the eave spaces were fitted with unfinished wood dressers in order to utilize the spaces and save on the furniture budget, as well as capture the character of the Craftsman Style cottage vernacular to Newport and New England in the 1920s.

Downstairs, all of the walls dividing the small rooms from one another were swept away, with large windows and French doors being added to face the water so that almost the entire ground level began to enjoy the views that had previously been ignored. Lastly, a small addition was designed off the back of the house to create a clear and gracious entry foyer into the renovated building.

During the building process, the COVID pandemic hit. Construction continued with masked carpenters gutting and then rebuilding the shell of the old house. A clever propriety system (developed by A4 Architecture) utilized much of the lumber that would have gone to the landfill. This lumber was used to rebuild the walls with the high R-value currently required. Delivery of lights, appliances, and other products from overseas slowed, but the project soldiered on and was completed in the spring of 2021.

Newport, because of its extraordinary beauty, comfortable climate in the summer and winter, its amazing treasury of architectural landmarks, and its easy walkability, has long been one of the country’s premier summer destinations. During the COVID crisis, Newport also became a great place to escape the large cities where the crisis was most serious. The owner was getting regular calls begging to rent this new, Ocean Ave Craftsman Style cottage with its spectacular views. Instead of requesting to rent the house by the month, offers were being made to rent it for an entire year at the elevated summer rate.

Even members of the family (who had known the house forever) were struck by the enormous transformation and were happy to eat their original words that there wasn’t much any renovation could do for the place.

Now, the new house joins the community of gracious “Newport Cottages,” large and comfortable in size but relaxed and unpretentious in character. With its large outside space under the new pergola, where friends and family can be entertained as they watch the sunset over the water, this house is ready to begin its new life. Its transformation from ugly duckling to elegant swan is finally complete. 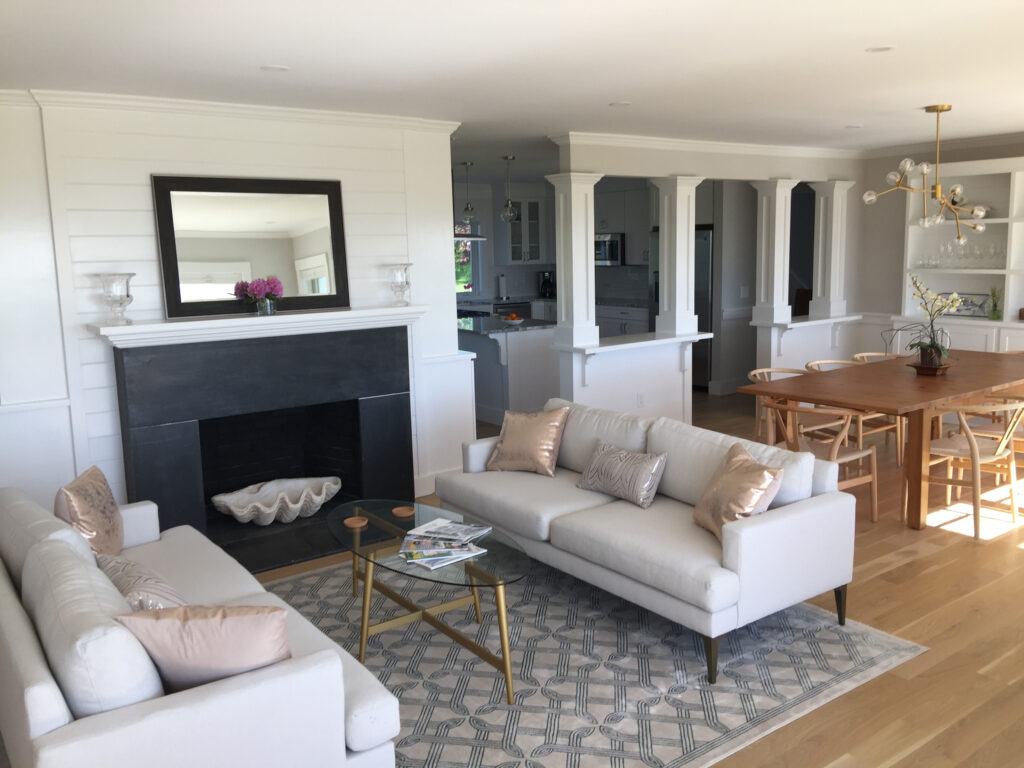 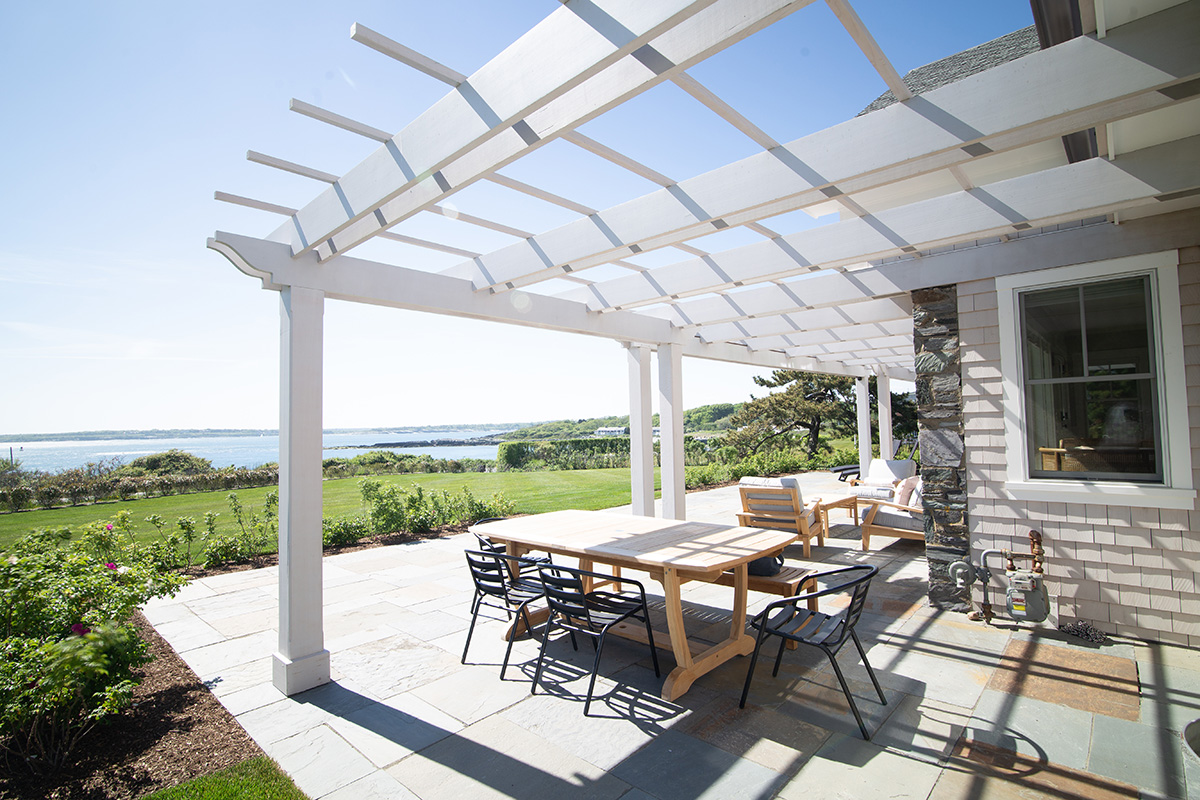 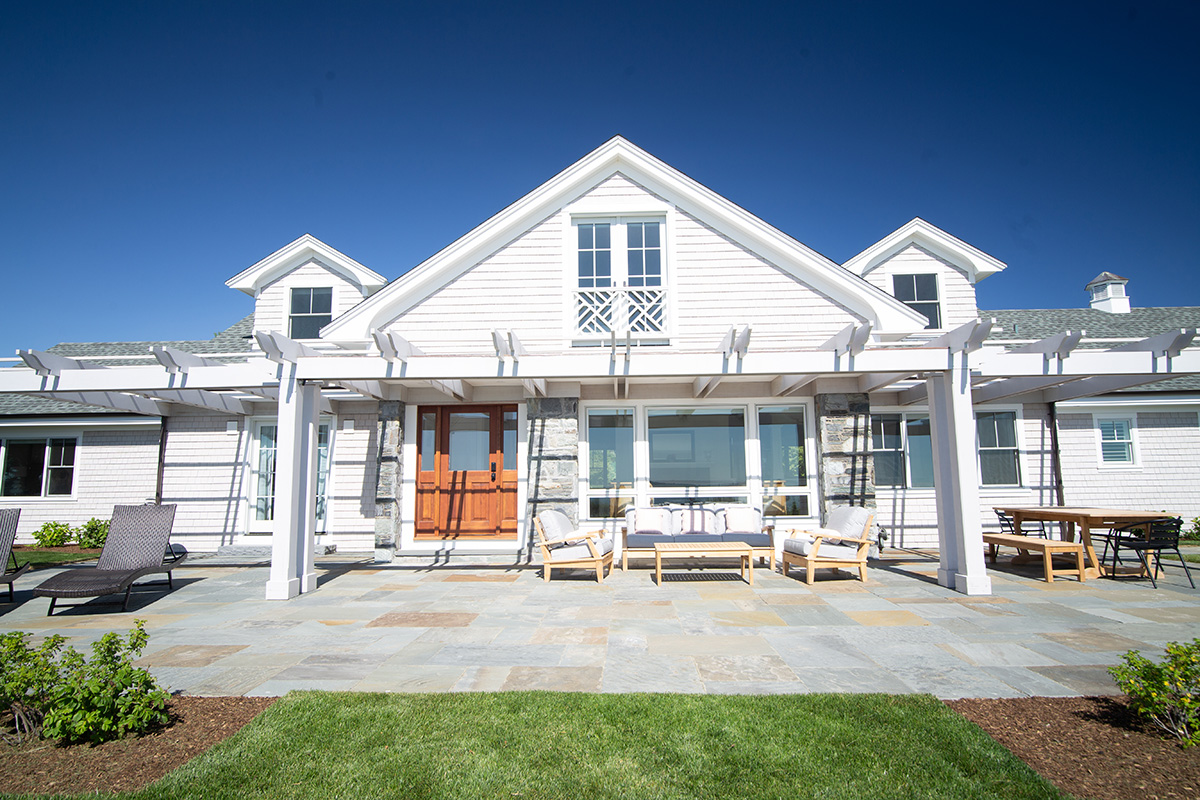 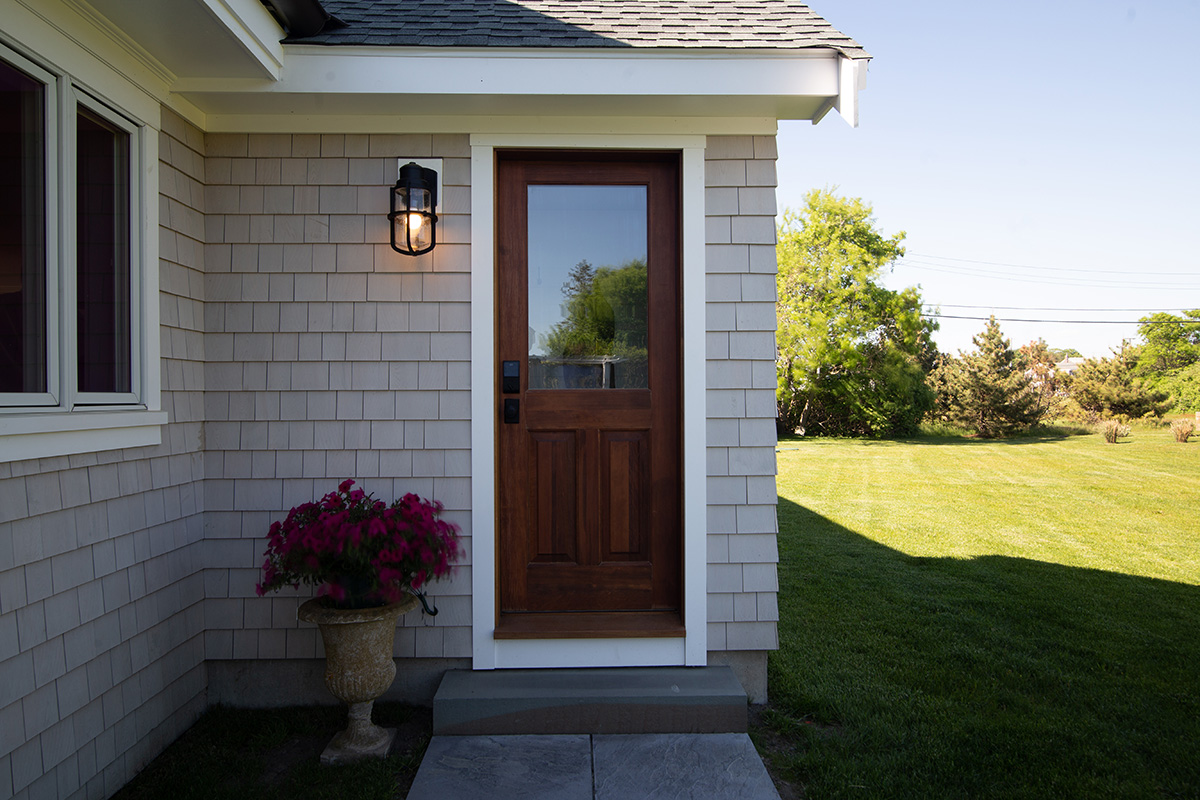 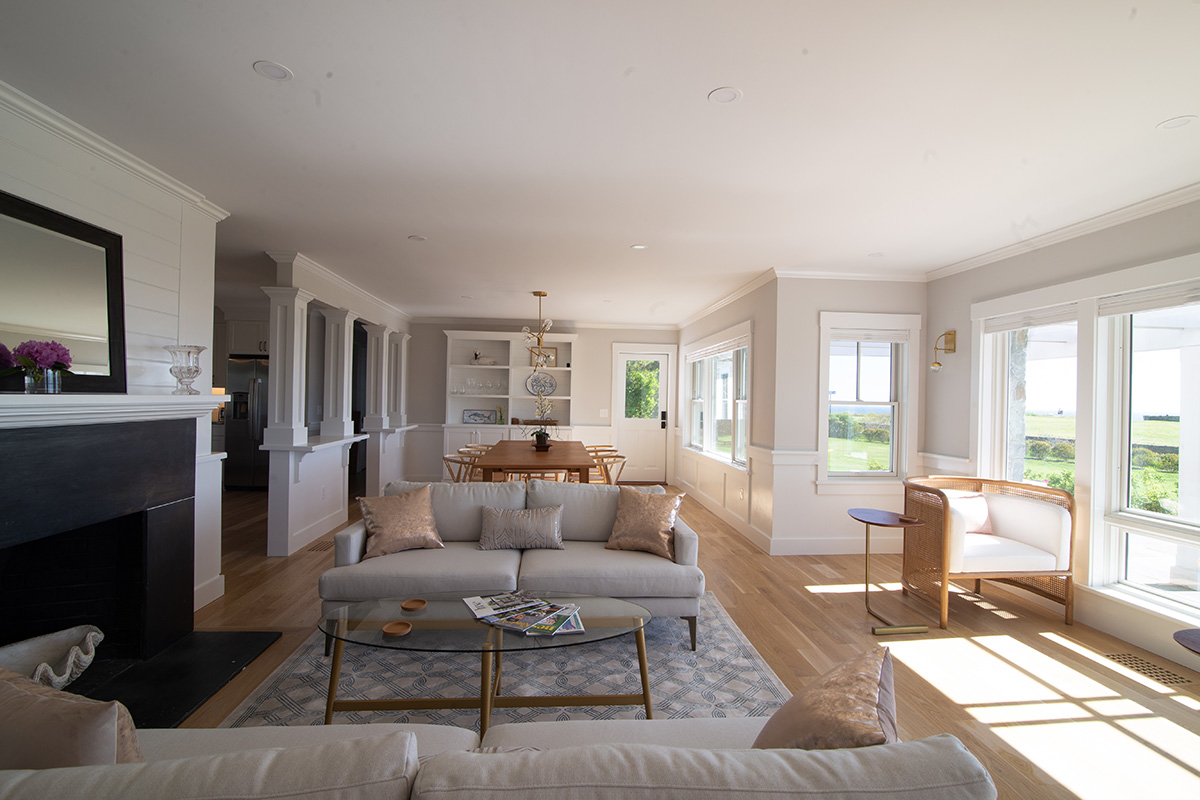 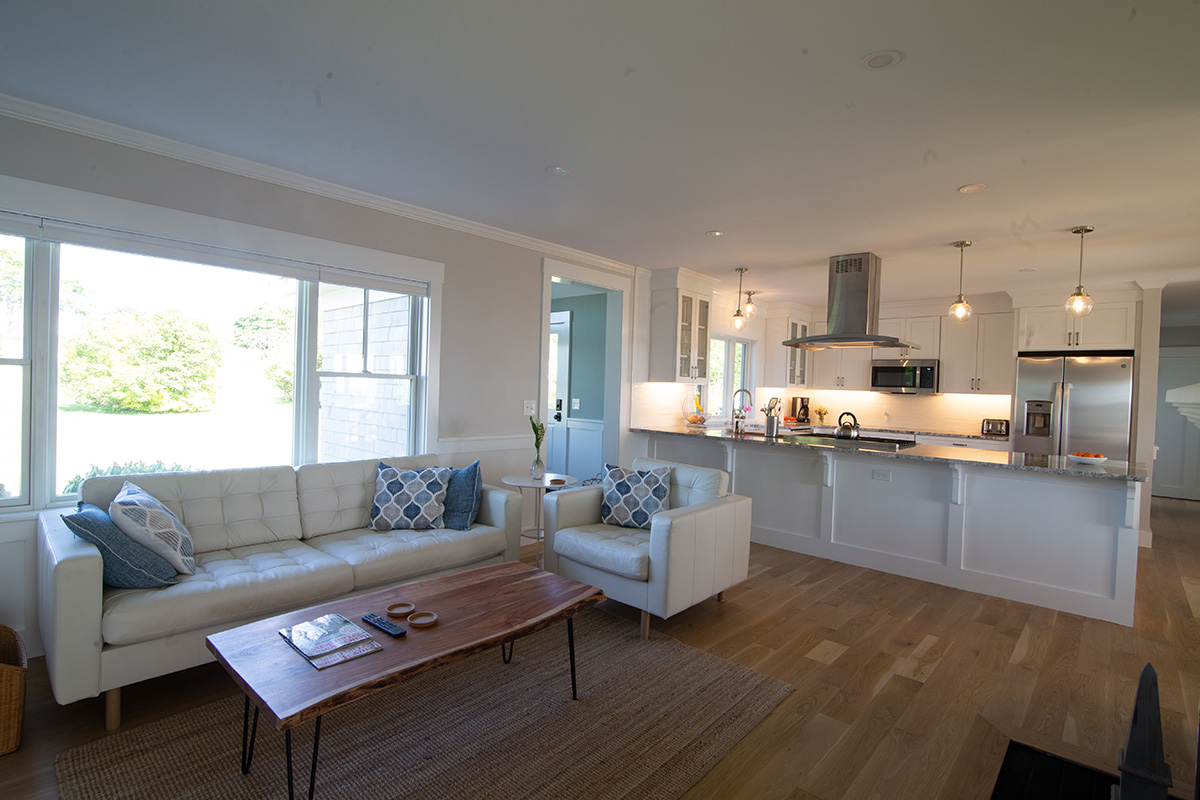 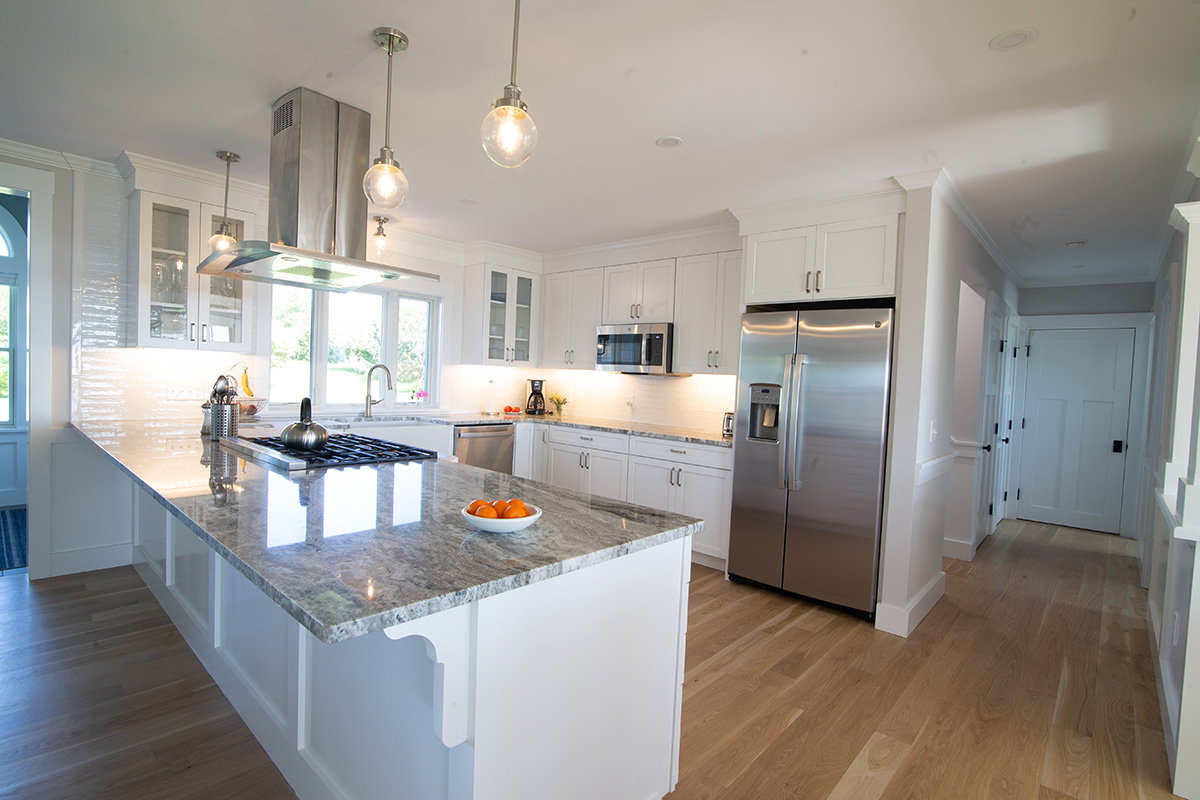 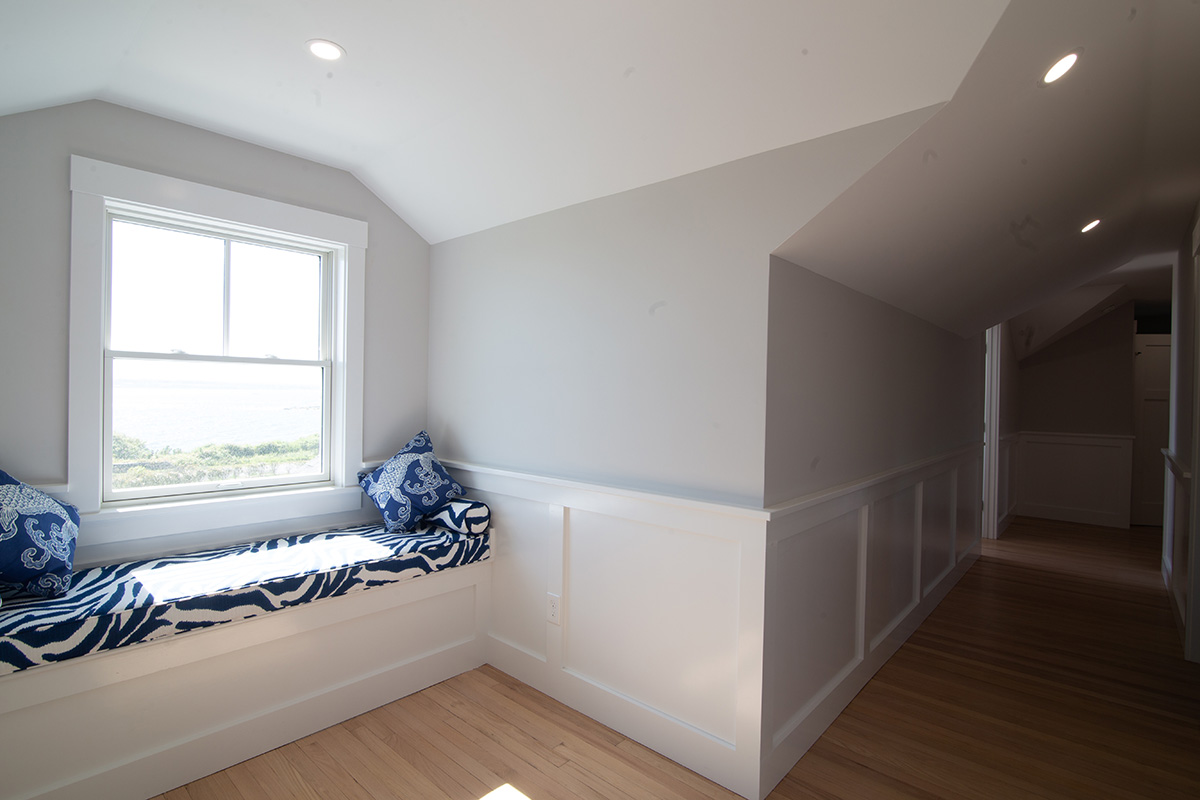 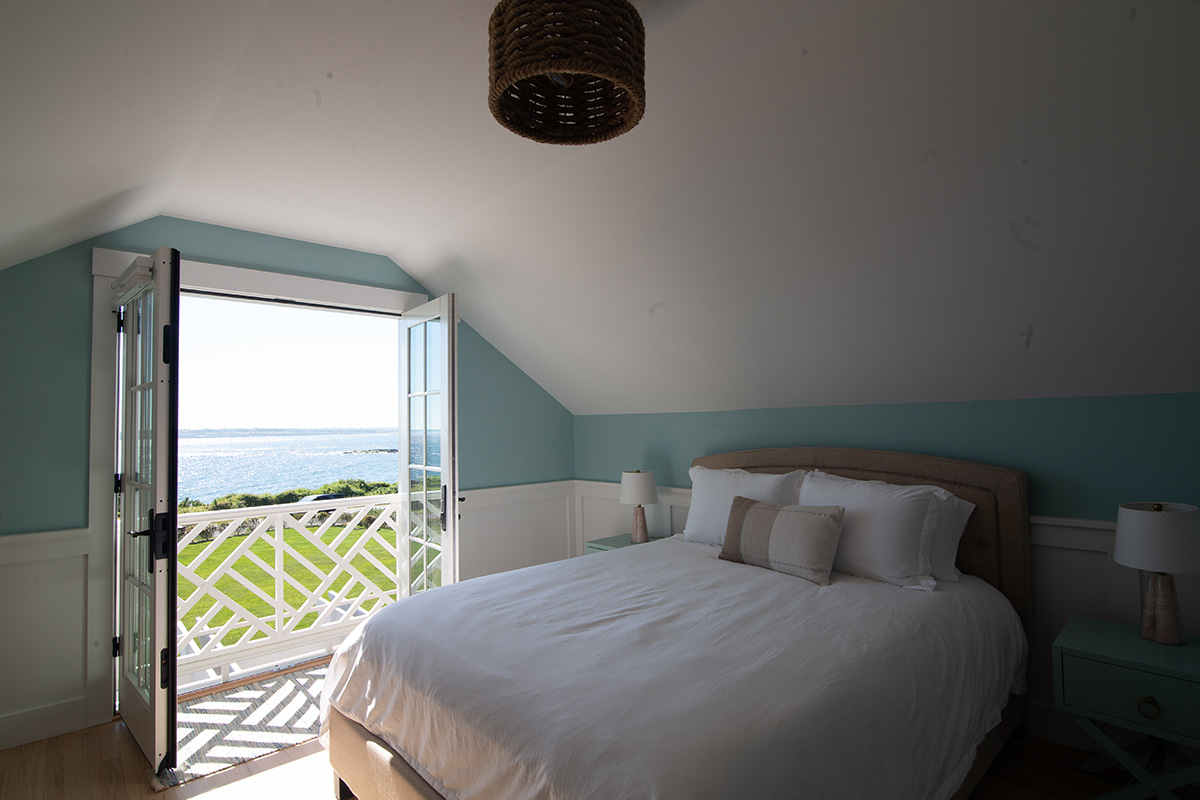 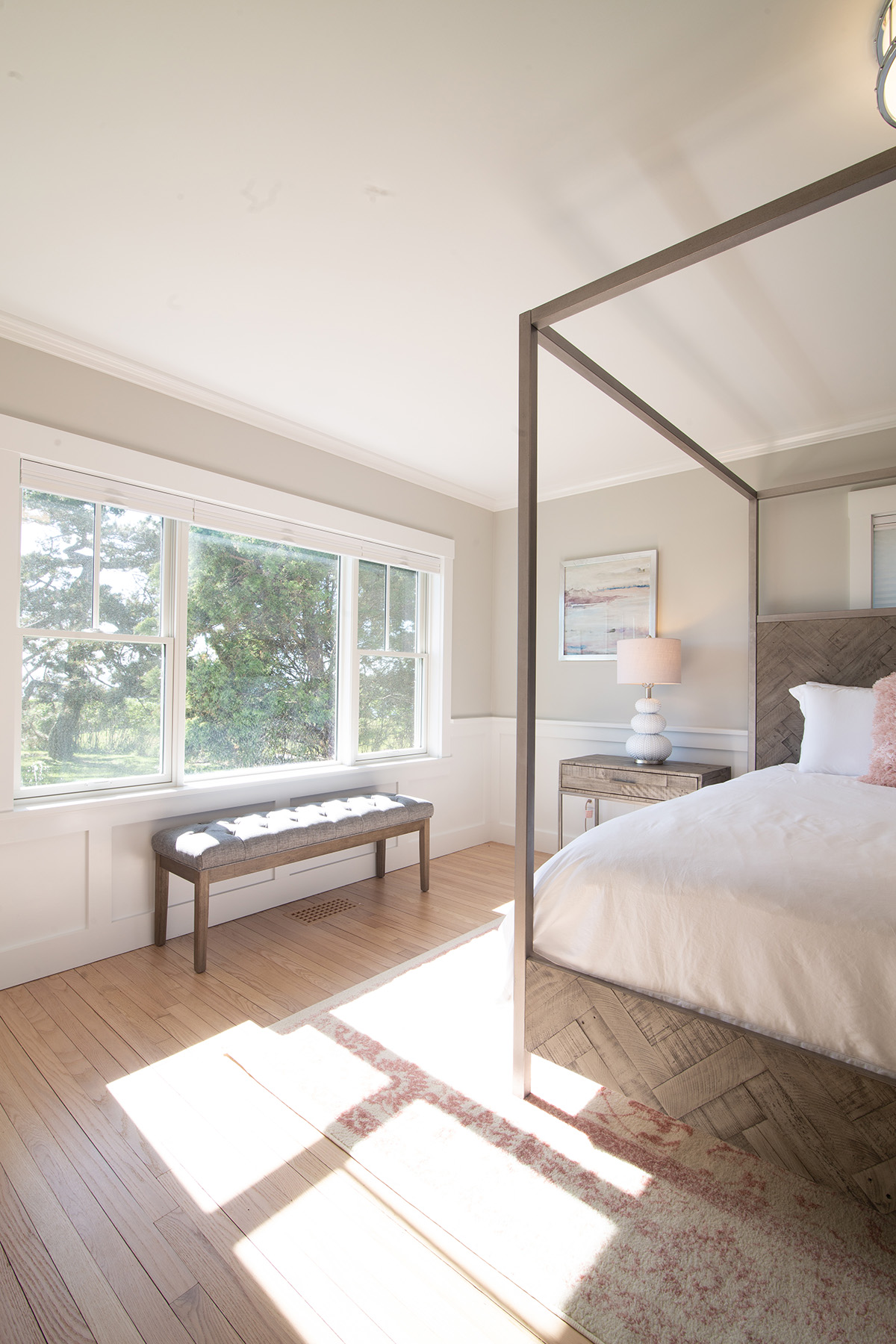