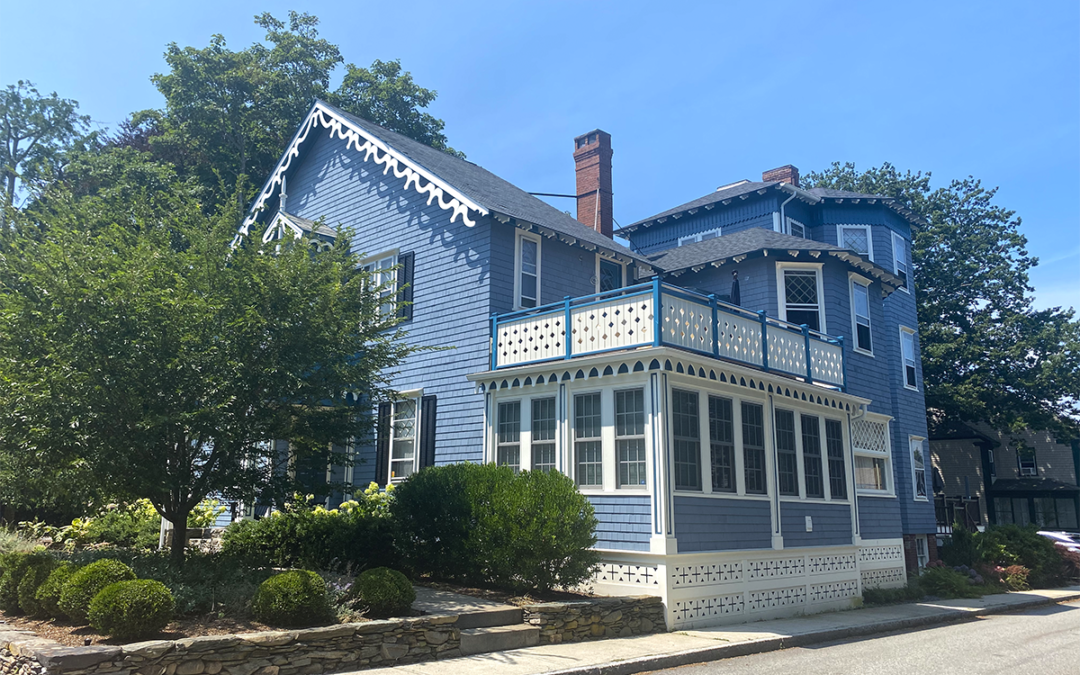 The Captain Marin House was originally acquired in 1843 by George Henry Calvert and wife, Elizabeth Steuart when they relocated from Maryland. The house was designed in the “Cottage Orné” Gothic Revival style, which was popular at that time. This style is marked by decorative verge boards along the roof eaves, complex asymmetrical massing, and steeply pitched roofs. The house was purchased in the 1880’s by Captain Mathias Candelaris Marin, a sea captain who participated in both the Mexican and American civil wars. It is for him the current condominium and side street are named. 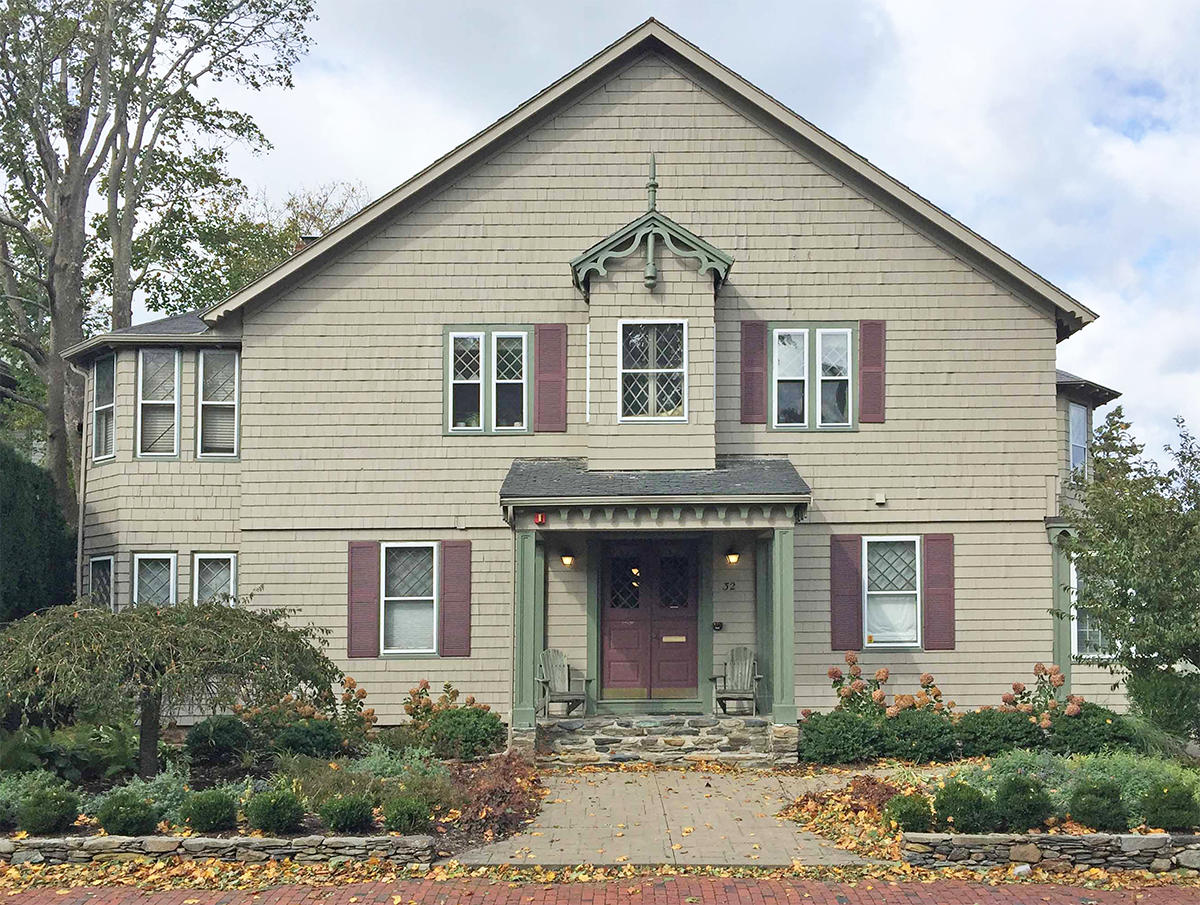 By 2019 the building had become somewhat rundown and new condominium leadership and ownership wanted the building restored to its original design condition. An architect and historian, Ross Cann of A4 Architecture was hired to try to figure out how to undertake the renovation and get the work approved. Although surprisingly little documentation of its original design existed certain clues like a doorway out to a flat roof indicated the loss of a former sleeping porch. The verge board and decorative center post on the projecting bay over the front door gave a strong indication of the original design style of the main gable. Missing and broken shutters should clearly be replaced with functional shutters of the Victorian period. This was strongly promoted by A. J. Davis in his 1832 book “Rural Residences” and these designs were used as the basis of the renovations. 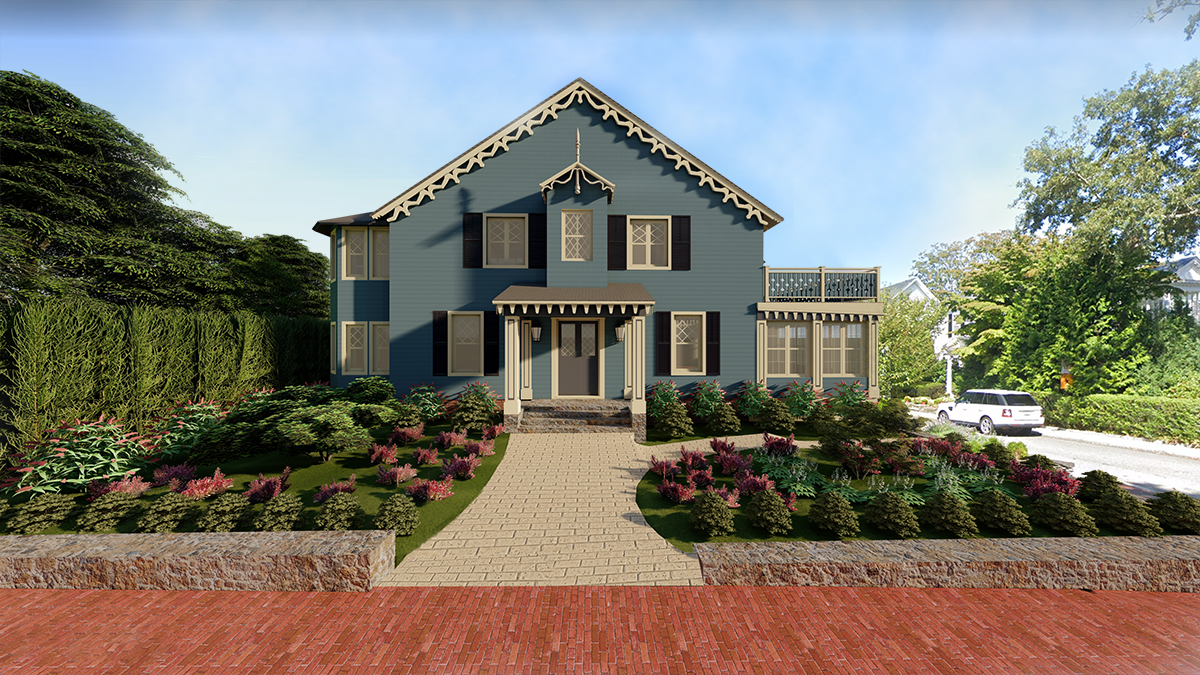 A4 Architecture undertook the documentation of the entire 15,000 sf structure and then began proposing design features to help restore the building to its previous glory. Once the design was approved by the building leadership, A4 Architecture then worked with the Newport Historic planner and the Newport Historic District Commission approval, which was no simple or easy task.

Once the design was approved by the city, the building’s property manager Compass Management, led by Robert Wegener, then undertook to implement the construction as designed. This was done during the middle of the COVID pandemic, which posed an extra challenge to both staffing the construction team and to the delivery of construction materials.

Now that the project work is complete, the building is greatly improved and is well on its way to returning to its former beauty and quality. The same can be said for the building’s Kay Catherine neighborhood. 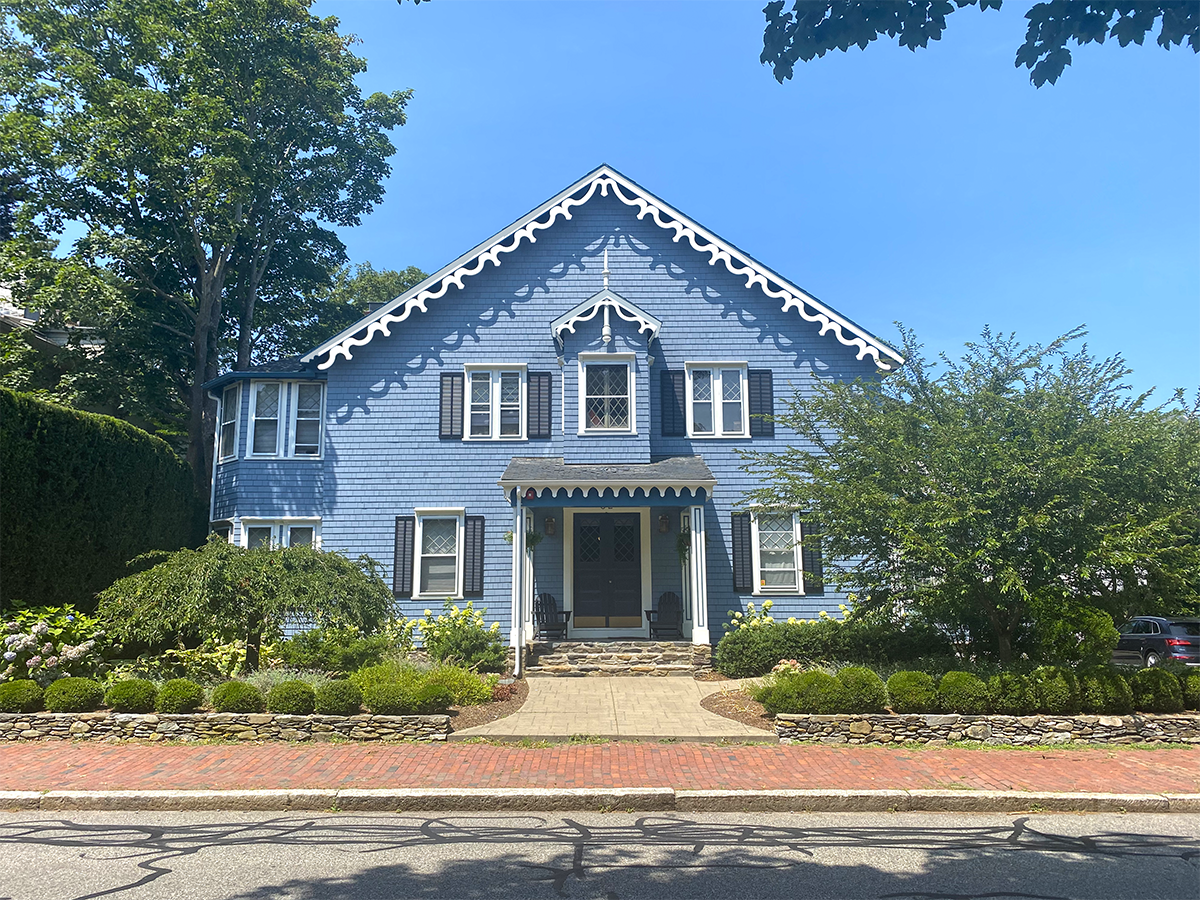 Ross Cann, RA, AIA, LEED AP, is an author, historian, and practicing architect living and working in Newport, RI. He holds degrees in Architecture from Yale, Cambridge, and Columbia Universities and is the Founding Principal of A4 Architecture.