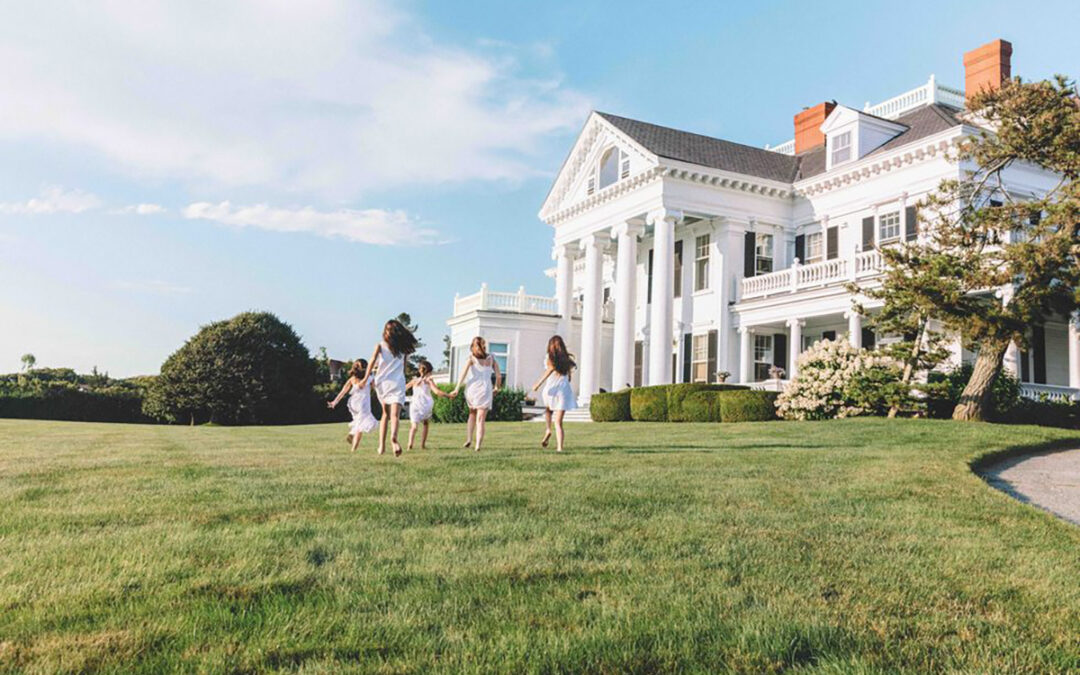 Newport has long been considered a summer resort destination since before the time of the American Revolution. Its easy accessibility to the sea and lovely climate made it an ideal place for the well-to-do to escape the heat of summer in times before the invention of air-conditioning. Long standing trade relationships with Charleston and Savannah always gave the “City-by-the-Sea” (as Newport is often called) a bit of genteel southern flair. During the Gilded Age (the period after the Civil War when industrialization created enormous fortunes in railroads, oil, copper, and other materials), wealthy families from New York, Boston and Philadelphia chose Newport as THE place to gather in the summer months.

Particularly after William Backhouse Astor Jr. and his wife Caroline Astor purchased Beechwood in 1881, Newport became the place for the old money to summer and the new money immediately followed. In the 40-year period between 1870 and 1910, hundreds of large “summer cottages” (some three times the size of the White House at the time) were built in what has long been a relatively quiet and elegant summer outpost. Some of these enormous Gilded Age properties are still in the hands of the same families that have been part of the “Newport Summer Colony” for many generations. This extraordinary condition where people are living in grand homes that were built and decorated by their ancestors is unusual in America where people tend to be mobile, moving both in location and social status. 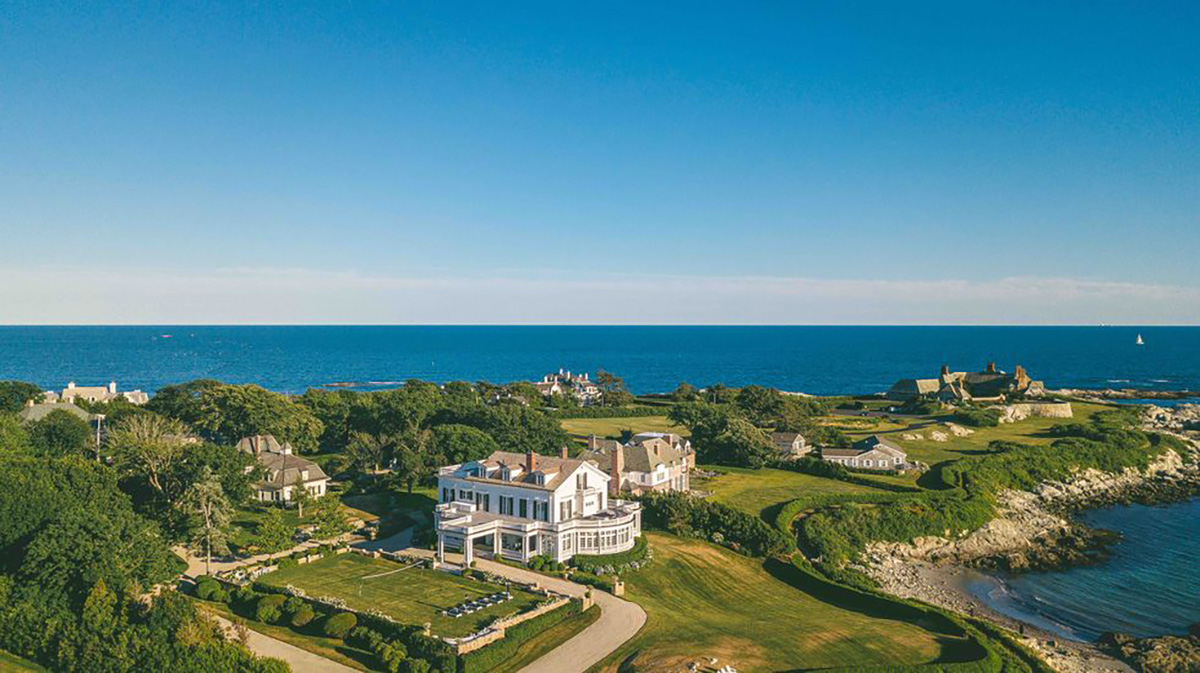 The community’s establishment is captured is new book called A Newport Summer by photographer Nick Mele and designer Ruthie Summers, published by Vendome Press in the spring of 2022. This lovely, oversized book is full of behind-the-scenes photos by Nick Mele, who has often been called the “New Slim Aarons” for his access and ability to capture the American “old guard” at play in their natural settings of Newport and Palm Beach. Mr. Mele is the grandson of the redoubtable Marion “Oatsie” Charles, who was one of the Doris Duke’s closest friends. Three generations of his family have lived in “Land’s End,” which was a mansion once owned by Edith Wharton, the author who captured the Gilded Age in literature better than anyone else. Mele has partnered with Ruthie Summers, a designer and writer who is part of the second of three generations “summering” in Beachmound, a grand 20,000 sf Classical Revival Style mansion overlooking the Atlantic Ocean. The book is divided into four chapters, “June”, “July”, “August” and “September,” one for each month of the “Newport season.” In a short introduction to each chapter, Ms. Summers shares her insider’s perspective and the mindset for each month. Mr. Mele’s photos (sometimes humorous, sometimes grand, but always insightful to the place and subjects) are a striking and original view of a world often hidden from public view. What is remarkable is how comfortable and even nonchalant the inhabitants of the Gilded Age mansions are, whether it is dogs lazing on hundred-year-old antiques, women in heels and gowns lounging on lawns or children running playfully in front of an enormous mansion. The photographs capture people who are as comfortable in these spaces as fish are in water. It is amazing that so many of these extraordinary Gilded Age mansions still exist in Newport. It is perhaps even more amazing how many of these mansions are still in the same hands after three and four generations. 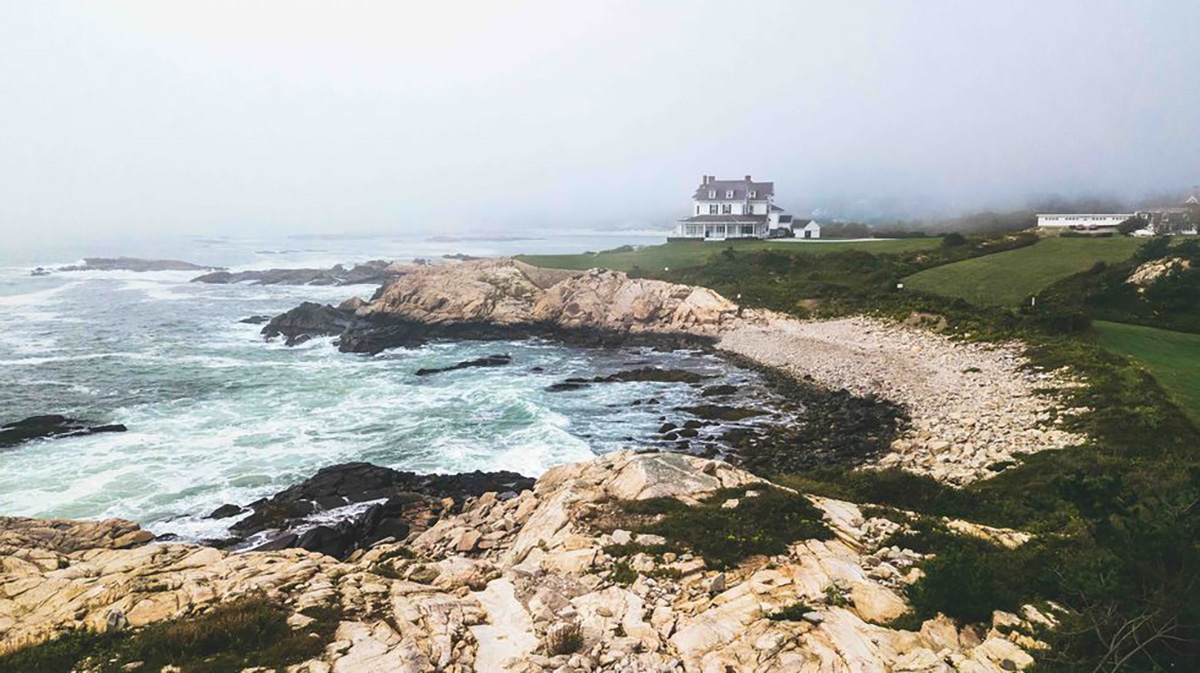 Mele and Summers have called this book a “love letter” to the grand and gracious Newport summers they have known and enjoyed. And yet there is also a wistfulness about the book too. Many of the photographs in the book show the “Grand Dames” of Newport who have passed on in the past five or ten years. They are elegant, gracious ladies who never had to earn a paycheck in their lives. As Mele observed in an interview, “It is our generation that is now having to go to work to earn our keep.” Mele is doing so as a photographer and Summers as an interior designer. Mr. Mele added “Newport has always held on to it history, past traditions and heirlooms that are being passed down. I wanted to capture all of that in photographs before it is gone.” This book is a bravura demonstration of how stunning and different is the artistic eye of someone who has lived in these elegant settings their entire lives. It is a vision that others can appreciate and admire but which could not be easily replicated by the uninitiated. 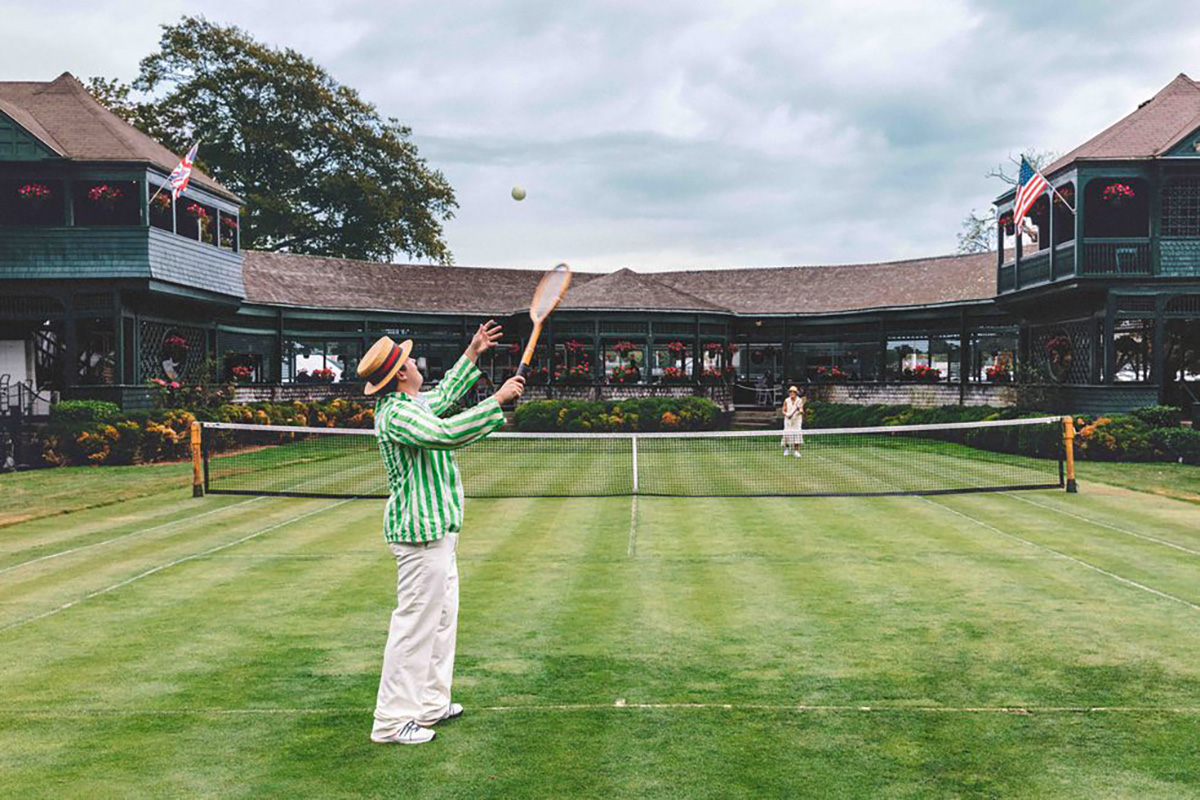 In the past 10 years Newport has been undergoing its third renaissance as some of the country’s wealthiest families rediscover Newport. These families have seen that many of these extraordinary houses, although much more expensive than they were thirty years ago, are still selling for less than their replacement value. A technology billionaire has purchased Beechwood and the properties on either side of it that were carved from that estate fifty years ago. Recently prominent New York and Californian financiers have reportedly bought adjacent mansions just a few houses down Bellevue Avenue from Beechwood. And last year, during COVID Lord Julian Fellowes, who famously created “Downton Abbey” for the BBC, has filmed an American equivalent series called “The Gilded Age.” He selected Newport, which Fellowes has called “A village of palaces,” and utilized the opportunity created by the pandemic to use more than a dozen of Newport’s extraordinary houses (both public and private) as the settings for the first season. Trudy Coxe, CEO of the Preservation Society of Newport County, stated that this show is clearly influencing visitation of its many properties because web traffic to the organization’s site jumps after each episode.

The publication of A Newport Summer seems perfect timed to capture a part of the city’s history when the past is still present. The future of the city and its great houses is perhaps less clear as the world rediscovers Newport’s beauty and grandeur, as it can no longer hide from the spotlight behind well-trimmed hedges.

Ross Cann, RA, AIA, LEED AP, is an author, historian, and practicing architect living and working in Newport, RI. He holds degrees in Architecture from Yale, Cambridge, and Columbia Universities. He is the Founding Principal of A4 Architecture.