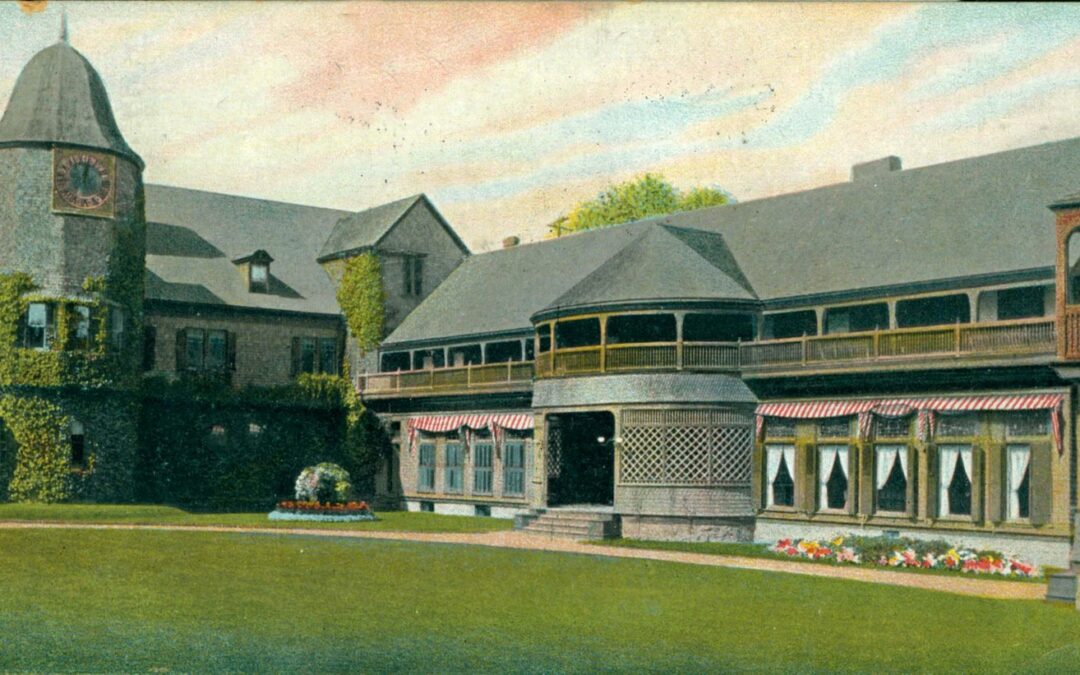 Newport has many notable buildings, but one of the most widely recognizable buildings in the city is the Newport Casino, home to the International Tennis Hall of Fame. The Casino is really a complex of buildings that are masterpieces of the “Shingle Style” popular during the 1880s. Designed by the firm of McKim Mead & White, they share many stylistic details with the Isaac Bell House and many other projects that the firm designed during the same era. These shared features include intricately cut cedar shingles, rounded towers, encircling covered porches, and a loose asymmetric arrangement of masses made to suit each site. The Newport Casino complex was designated a National Historic Landmark in 1987, the highest designation that an individual building can receive in terms of importance.

This Casino is located on Bellevue Avenue and was commissioned in 1879 by James Gordon Bennett Jr, who owned an estate across the street on the site where the Bellevue Gardens complex now stands. He reportedly founded the club after being chastised by fellow members of the Newport Reading Room (an exclusive Newport Club) for encouraging his polo instructor to ride his horse into the clubhouse on a bet. When the fellow members took exception he set out to create a different sort of club where he could “have a bit of fun.” Construction began in January of 1880 and the doors were opened to the public in July of that year. Just three days after the opening, the Newport Daily News trumpeted, “It is doubtful if a more lively place can be found!”

Bennett chose the firm of McKim Mead & White to do the design. This firm would later become the most prolific and famous of their era but in 1879 they had just hired Stanford White as a new junior design partner and the Casino project would be their very first as a partnership of these three individuals. Although Charles Follen McKim and his partner, William Rutherford Mead, had enjoyed some modest success with another partner, William Bigelow, it was after Bigelow was replaced with the flamboyant but extremely talented Stanford White that the partnership truly took off and became one of the most predominant American design firsts of the late nineteenth and early twentieth centuries.

The Casino (meaning “little house” and not “place of gambling” in those days) represented a new sort of leisure facility with dining, sporting, and other facilities under one roof—what would later become known as the “country club.” This magnificent facility is more or less intact thanks to the vision (and generosity) of summer Newporters James and Candace Van Alen, who saved the complex from becoming a strip shopping center in 1954 by inventing a new use for the facility—the National Lawn Tennis Hall of Fame.  In 1976, induction into the facility was widened to include international players and was eventually declared to be the “International Tennis Hall of Fame” by the International Tennis Federation, the sport’s governing body in 1986.

The Newport Casino hosted the first U.S. National Men’s Singles Championship in 1881, where it remained for 44 years. In 1915 that tournament was moved to Forest Hills, NY, and then to Flushing Meadows, NY in 1978, where it became known as the “US Open” once professional players were allowed to participate. In addition to being the original site for the US Championship, the legendary courts at Newport have hosted two Davis Cup tournaments and numerous professional tennis events, including the annual Dell Technologies Hall of Fame Open for the Van Alen Cup, the only ATP tennis tournament in the United States to still be played on grass. This tournament has seen participation by many of the top players in recent years and has become the place to see players like Andy Murray, James Blake, and the Bryan Brothers as they rose to stardom!

Whether you are coming for the architecture, for the high-quality lawn tennis, for the unmatched collection of tennis memorabilia or to see how tennis was first played more than five hundred years ago, you will not find a better destination to see and learn about the game of tennis than the Newport Casino! 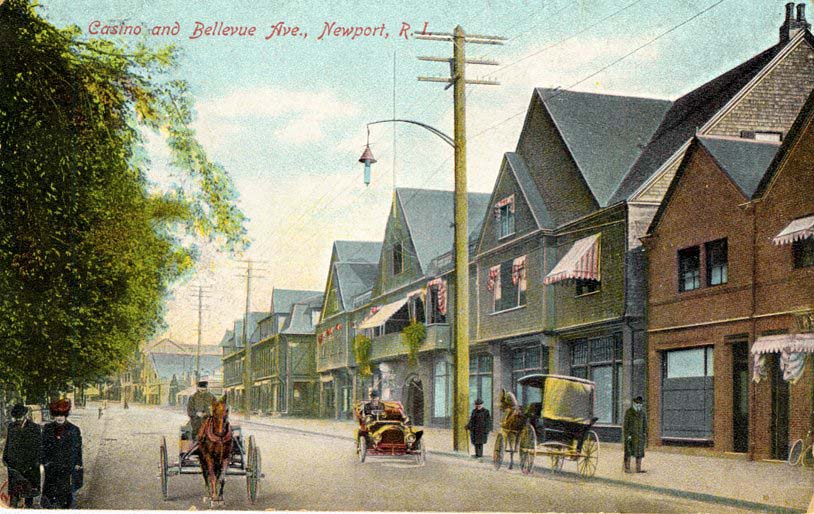