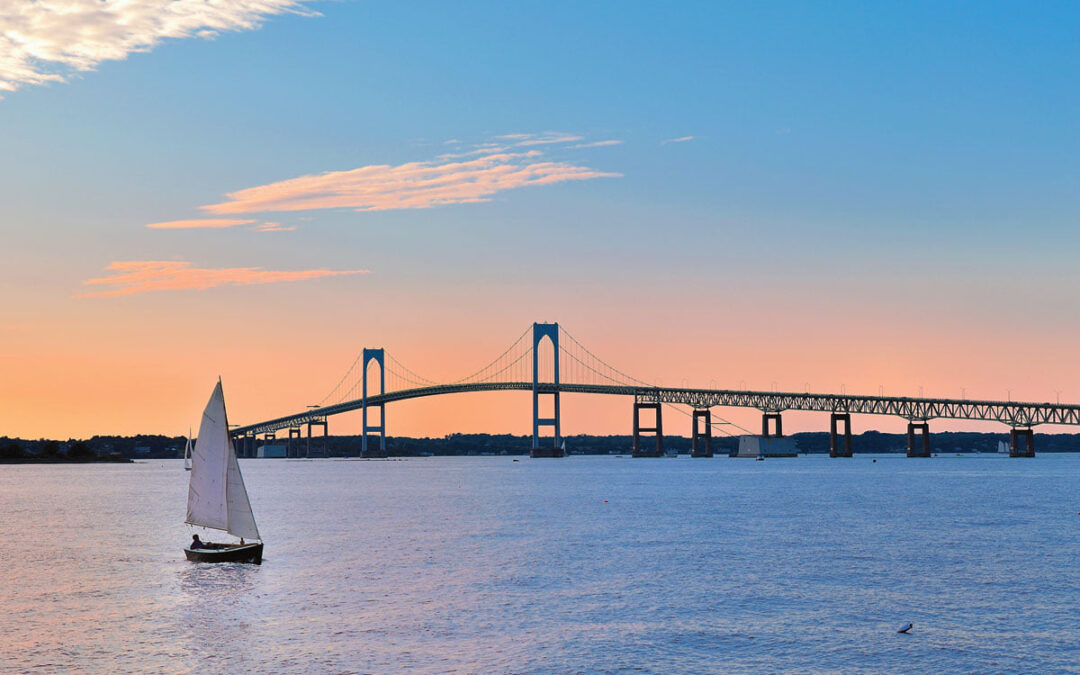 The long-awaited construction and redesign of the main roads connecting the Pell Bridge to Newport has commenced after more than a decade of planning. The goal of the project and reconfiguration of the roads surrounding this area is to improve traffic flow and to help unite the north and south ends of the city together. The new plans will link busy downtown Newport and the North End in a much safer, efficient, and pedestrian friendly way. This promises to be one of the biggest changes to the city of Newport since the completion of the Pell Bridge in 1968.

Entering and departing on the Newport Pell Bridge is often stressful and time consuming, especially in the summer season, due to heavy traffic congestion. The new project will realign and mend J.T. Connell Highway and Coddington Highway. Roads and sidewalks will be fixed and repaired to encourage flow and walkability throughout the city. The most notable and costly, part of the construction plans is Phase 2. This includes the realignment of Farewell Street and Connell Highway.  With this completed, the dangerous “rotary” will be transformed into a far better ”roundabout” to reduce the number and severity of crashes and collisions. Much needed traffic signals and clear pedestrian crossing areas will be added to these new sections.

In addition to improved road conditions or designs and safety, the new design frees up 25 acres of land. This will allow for development opportunities and a necessary park-and-ride lot and many other commercial developments. This lot will provide another RIPTA shuttle stop and works well within this wet-land area. A share-use path, and dog park, will be created and built near CCRI to encourage connectivity between Middletown and Newport.

Phase 2 alone is estimated to be worth $56.4 million and projected to come to completion by fall 2024. The planning process has not been simple or smooth.  The design has been disputed, reconfigured, and presented on for over a decade. Including various meetings between officials, residents, and businesses, there have also  been many public hearings, and the plans are being finalized and set into motion. The plans have a new urbanistic approach which will aim to unity more regions of the city and increase activity all across the city. 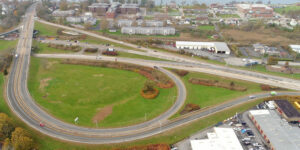 Proper precautions will be taken as the construction is underway. Demolition and construction will be done at off-peak hours under noise control limits. Additionally, road closures and other traffic interruptions due to work will be identified and the public will be notified. The Rhode Island Department of Environmental Management will oversee the work to ensure safety and proper demolish.

The completion of the bridge on-ramp realign will really be a beginning as the excess land will become available for redevelopment, and the new innovation district will begin to grow. This should help knit the two halves of the city back together into a single prosperous whole.

Ross Cann, A4 Architecture and the Newport Architectural Form have been pleased to be involved in this planning for more than 10 years by serving on commissions, hosting public workshops and contributing planning expertise. To see all this time, effort, and work bearing fruit at last is exceptionally hopeful and satisfying.