A4 Guide: Welcome to Newport 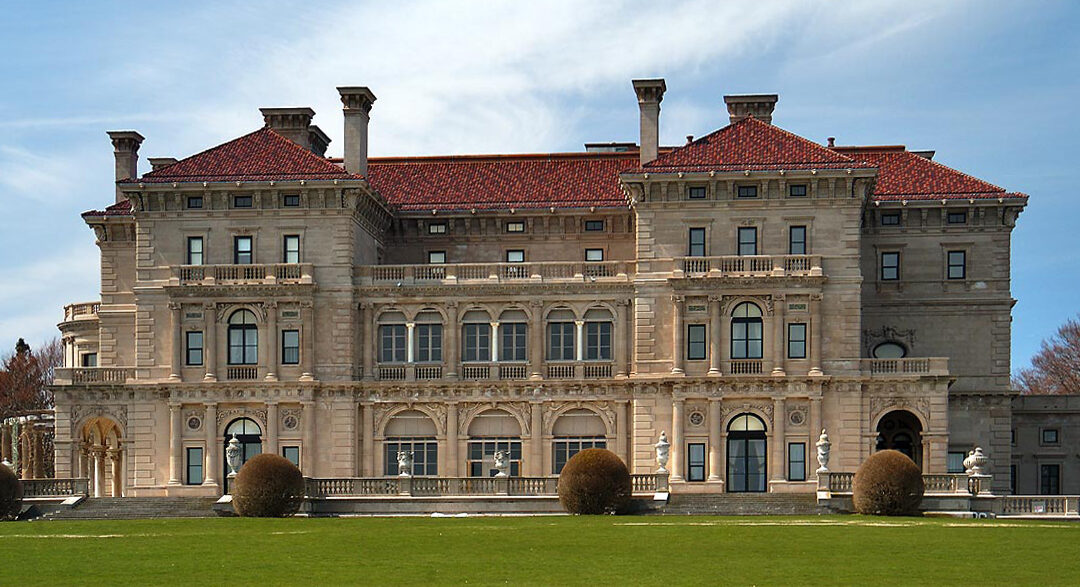 Newport has long had the reputation of being the pre-eminent “Summer Resort” in the North Eastern United States. It is famous in books and movies as being “the place to be” in the summer from the 1870’s through the present day. But how did Newport come to be known as a “society’s summer watering hole” and why does it maintain that reputation today?

Newport is actually in the midst of its third wave of rising to social prominence. In the period before the Revolutionary War, Newport was the fifth largest city in the American Colonies and was noted for its gentility, openness towards merchants of different religions, and for its fine craftsmen like the famous luxury furniture makers of the Townsend and Goddard families. The city, because of its extraordinary deep water port, was seized in December of 1776 by the British and half the population fled. This was Newport’s first major setback of its early history as a prominent colony. However much of the extraordinary colonial architecture remained, giving the city an architectural foundation that was lovely, stately, and historic. 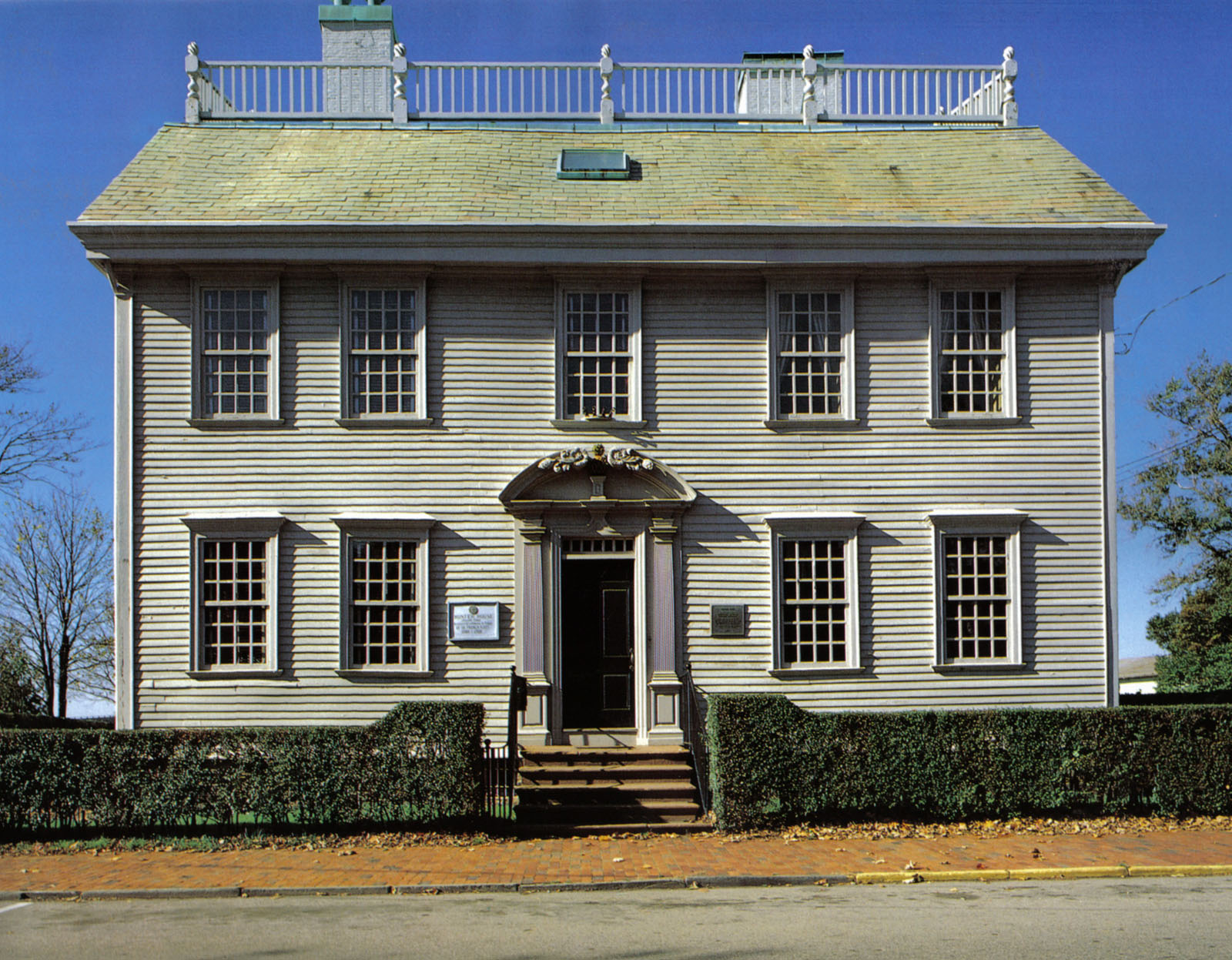 The city was first “rediscovered” by plantation owners in the 1840’s and 1850’s who knew Newport from trading connections to escape the oppressive southern heat. They built gracious homes in Newport like the George Noble Jones House and Beechwood. When the Civil War caused them to sell these homes, families from New York and Boston purchased and renamed them, bringing new attention and money to the “City by the Sea.” 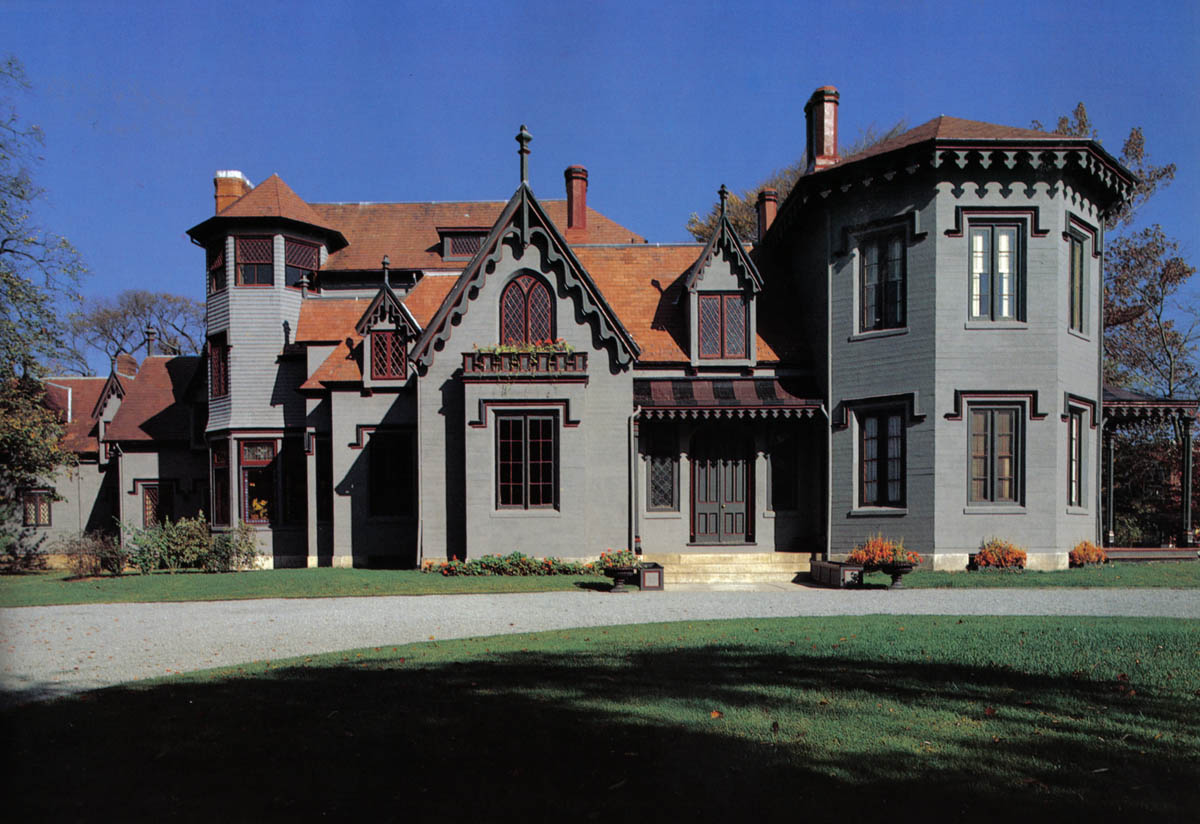 In the 1870’s as America was becoming a world economic power in what became known as “The Gilded Age,” Newport once again rose to national prominence. In this period Newport was no longer a major port and trading center, but became known as the “first resort” – the place where the economic elite chose to spend their summer months. Surrounded by the Atlantic Ocean and Narragansett Bay, Aquidneck Island was cooled in the hot summer months in the period before air conditioning was available. It was easily accessible from both New York and Boston by steamship and so it became a natural destination and gathering spot for those able to give themselves a summer holiday.

In 1880, William Backhouse Astor and his wife purchased Beechwood. Mrs. Astor was the most prominent society lady of New York and the capacity of her ballroom is the basis of the term “The Four Hundred,” which was the designation for those in New York society at the time that were in the innermost circle of prominence and power. After the Astors chose Newport for their summer residence, the rest of “The Four Hundred” quickly followed and a great house building boom unlike any that had been seen in Newport before began. Hundreds of great houses and many palatial mansions were built in Newport from 1880 to 1928 when the onset of “The Great Depression” brought a definitive close to the Gilded Age once and for all. 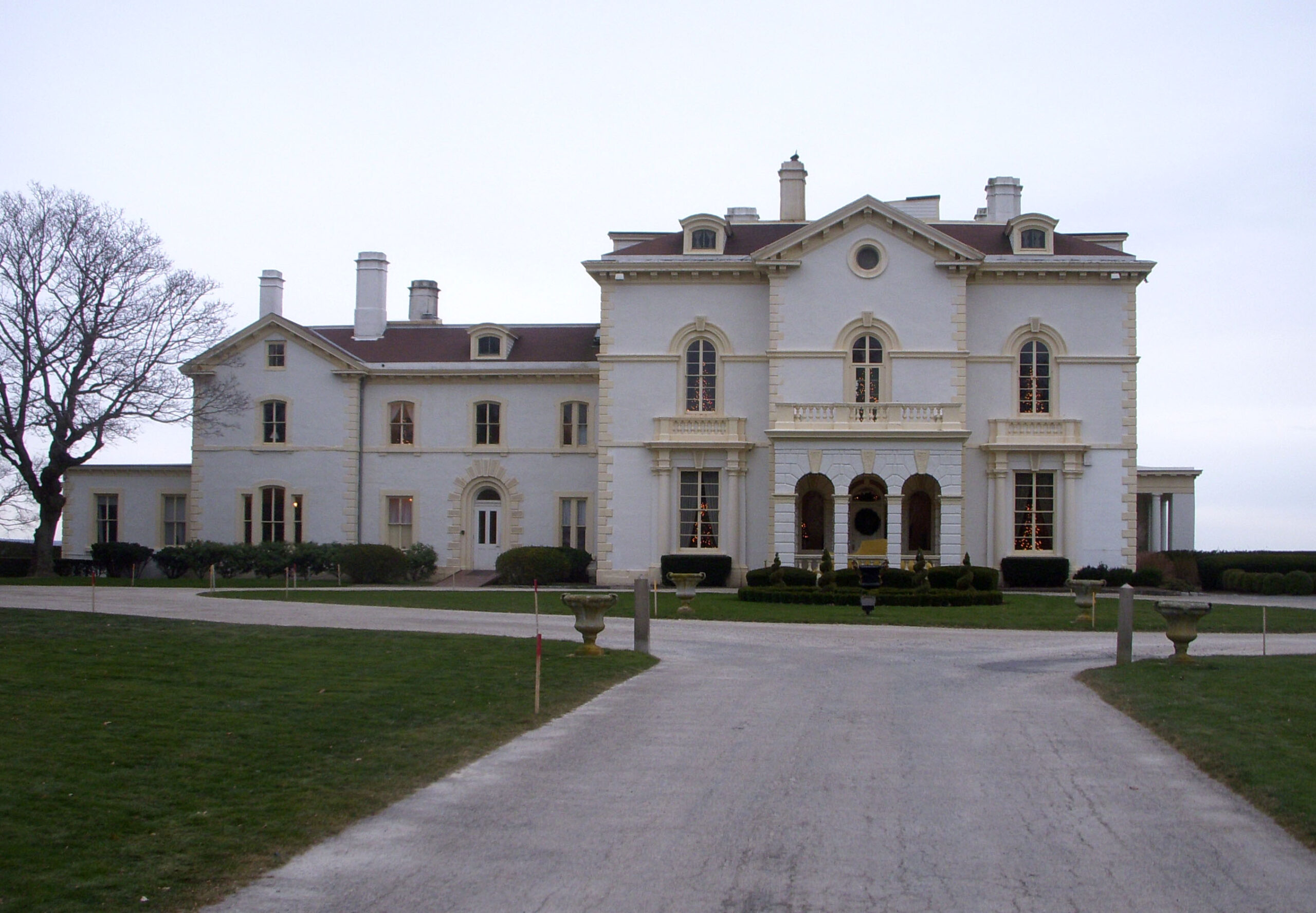 Throughout most of the twentieth century Newport was known for these “white elephants”- extraordinary homes that were so large as to be difficult to maintain and staff. Many of the old families continued to come to Newport in the summer but often in much reduced circumstances compared to when the houses were originally built. Still the beautiful colonial era homes and the great Gilded Age mansions persisted, giving Newport an air of elegance, gentility, and grandeur that could never be replicated elsewhere in the modern era. Fortunately among the old society that remained were Doris Duke and Katherine Warren. Doris Duke was the heiress to the Duke tobacco fortune and was at one time believed to be the wealthiest woman in America. Her friend Katherine Warren was part of the New York society and was a preservation visionary. Doris Duke took on the task of renovating and renting nearly 80 Colonial Era Houses in the Point and Historic Hill neighborhoods, Katherine Warren and her wealthy friends took on the preservation of Hunter House and founded the Preservation Society of Newport County (PSNC) in 1945. The PSNC collected properties over time opening them for visitation and now owns eight of these extraordinary houses, including The Breakers, which have become a financial anchor for the community just as Katherine Warren foresaw.

Now the Newport and the surrounding communities of Jamestown, Middletown, and Portsmouth are undergoing a third Renaissance as exceptionally desirable summer (and even year-round) communities. What is driving this latest wave? Newport continues to be, as it always has been, blessed with a superb climate and unique and lovely geographic setting. The very wealthy are rediscovering the spectacular historic structures of both the Colonial Era and the Gilded Age. These are not McMansion imitations, but the actual authentic buildings first constructed for the Townsends and Goddards, and for the Astors and Vanderbilts and their various contemporaries. The quality and detail of these buildings make them both irreplaceable and nearly impossible to replicate elsewhere at any cost.

From the drawdown of the navy fleet in Newport at the end of the second World War and accelerated by the relocation of the Naval fleet of 40 boats in 1973, many old buildings had been divided into condominiums and apartments. Now many of these venerable structures are being recombined back into grand single family homes and mansions. A new generation of tycoons is arriving to town with the desire to enjoy the stylish community, the superb setting, and the magnificent architecture. For example, Larry Ellison, the billionaire founder of Oracle, is in the final phase of restoring the Beechwood estate that once belonged to the Astors back to its original grandeur by buying and recombining the three properties that had been divided up from the original estate after the Gilded Age ended. 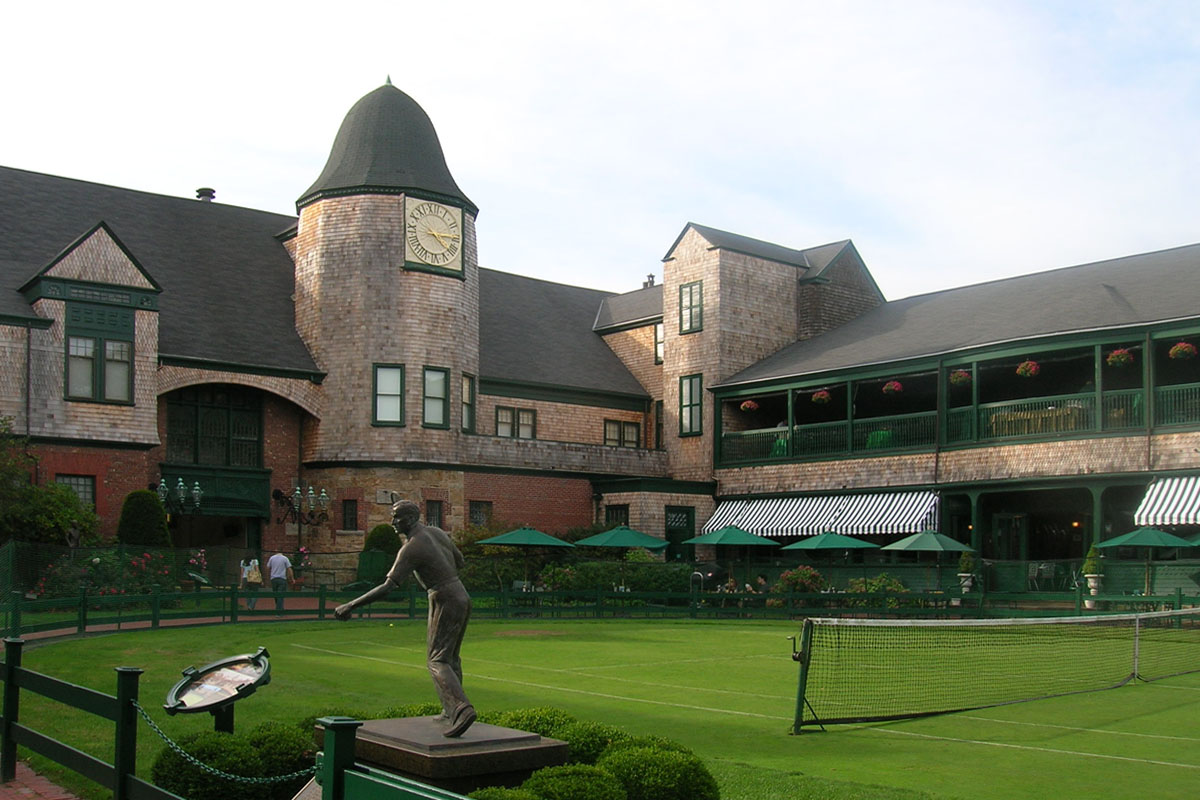 The beauty of Rhode Island, and Newport in specific, is its authenticity and history. It has the oldest library, the oldest existing synagogue, and the oldest country club, which was where the national tennis championship was played for the first 50 years. It has fifty National Historic Landmarks (which have the highest rating available) within half a mile from the place where George Washington began the march that would eventually lead to victory over the British at Yorktown. It has the oldest golf club in America, which is still a championship level course. It is home to the New York Yacht Club, the premier organization of its type in America and Newport’s waters were where the America’s Cup race was contested from the 1880’s to 1982 and where world class sailboat racing occurs to the present day. And yet, although it is a city of architectural masterpieces and hundreds of historic structures, it is also a vibrant and walkable city. Although it has its own ballet company, it also has great neighborhood bakeries. Although the Preservation Society mansions are the grandest in America, it still has walk-in hardware shops with helpful staff who have worked there for decades. 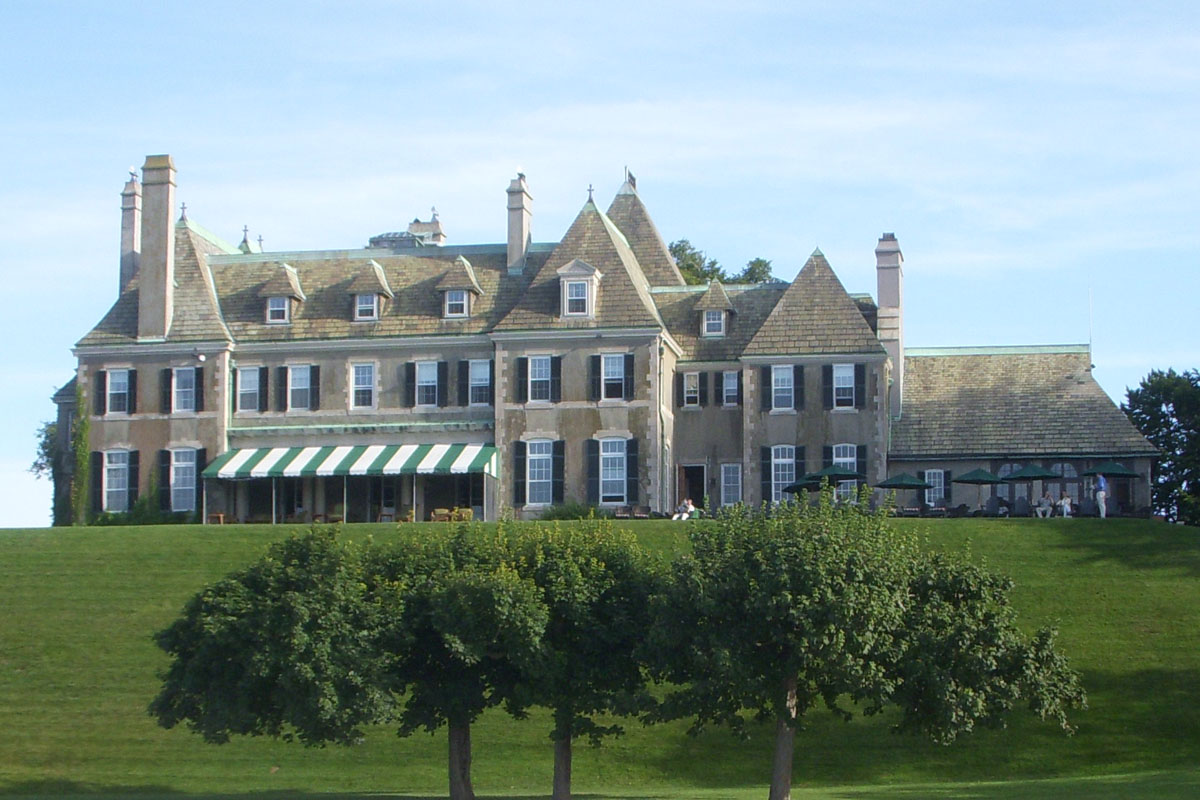 It has the restaurants, museums, and monuments that any big city would be proud to have and yet it is a full time community of only about 25,000 and so it is a place that is friendly and familiar. Newport is, in short, a model of what a city can be (if it were built by the Astors and Vanderbilts and then preserved by Doris Duke). Newport is a unique assembly of beautiful settings, important historic architecture, and a tradition of sport and gentility. It is, for these reasons, that Newport remains a terrific place to live, work, and play, and continues to be such a desirable summer enclave.

Ross Cann, RA, AIA, LEED AP, is an author, historian, and practicing architect living and working in Newport, RI. He holds degrees with honor in Architecture from Yale, Cambridge, and Columbia Universities. He is an active lawn and court tennis player and sailor.