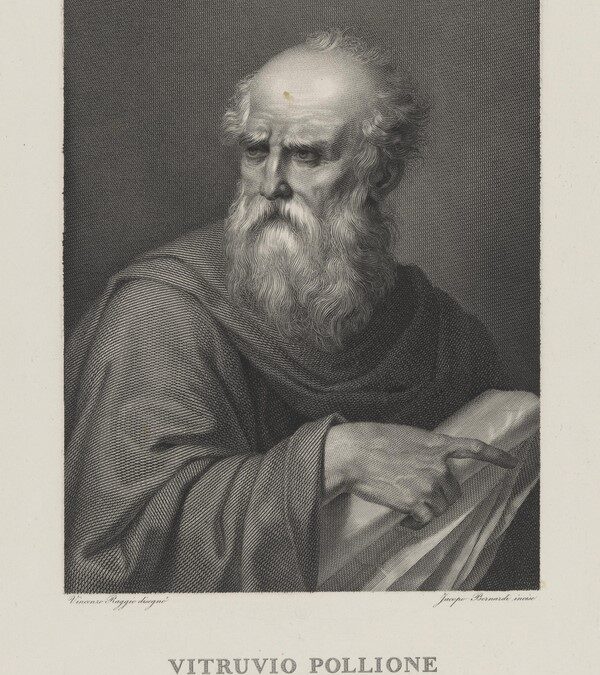 What qualities make architecture successful? This is a debate that has no doubt been going on since mankind first moved out of caves and started creating rudimentary structures in which to live. Interestingly, even in a world of skyscrapers and modern technology one of the architects whose opinion still plays an important part of the discussion lived over 2,000 years ago.

Marcus Vitruvius Pollio lived from c.80-70 BC to c.15 BC and today is commonly referred to simply as “Vitruvius.” He was an architect, civil engineer, and author of a ten volume work called De Architectura. He was a critic of Roman Architecture of his era, decrying that it was not staying true to its Hellenic roots. He was a strong advocate of precise proportional relationships derived from Athenian and Greek models which in turn drew heavily upon the sacred geometries of Pathagorus and the proportional relationship known as Psi. 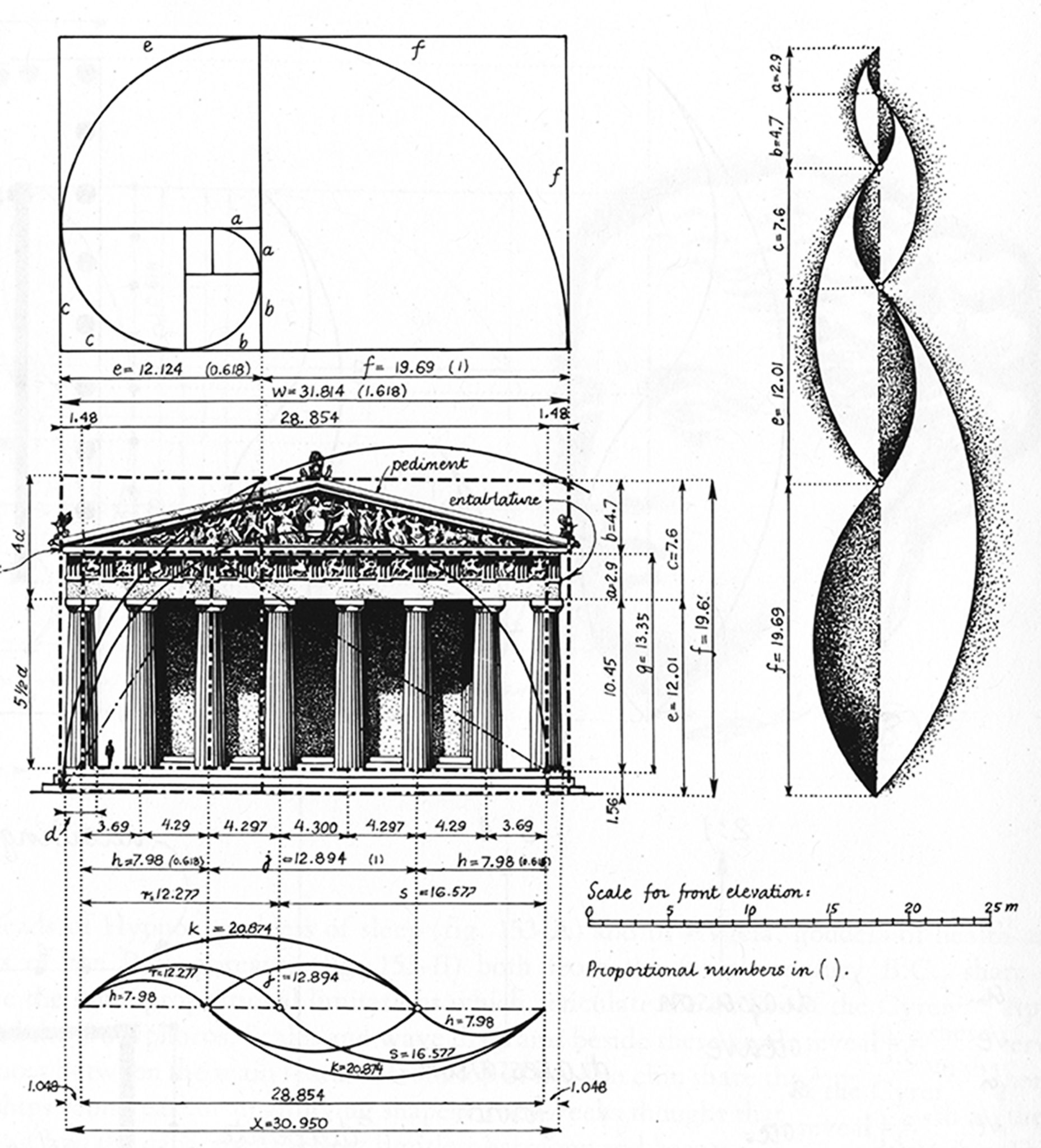 Perhaps the element of Vitruvius’ writing that has been most long-lived is his belief that Architecture, in order to be successful and worthy, must embody three essential characteristics. These he defined as Firmitas (strength), Utilitas (functionality), and Venustas (beauty). Each of these three “Vitruvian Ideals” as they have come to be called by successive generations of architects, is worthy of a thesis of its own.

Firmitas (Strength) is the most self evident of the three. A building must be solid in order to meet even the most minimal definition of building. This ideal has also come to mean using material and details that are durable and appropriate to each buildings in a particular environmental setting.

Utilitas (Functionality) is also relatively straightforward. For Vitruvius, utilitas embodied the ideal of a building layout tailored to its designed or desired purpose. It also represents the characteristic of efficiency and elegance in the minimal use of material needed to make it strong and beautiful.

The most enigmatic and difficult to define Vitruvian ideal is Venustas (Beauty). For the author, this was largely defined by symmetry and adherence to very strict proportional relationships and the correct use of  the five primary column types: Tuscan, Doric, Ionic, Corinthian, and Composite. For reasoning on this front, Vitruvius observed that we as human derive our sense of beautiful. The fact that many architects have established proportional systems derived from their own particular heights seems to prove Vitruvius was correct that we are inevitably drawn to what we see in the mirror (or in the humans around us) as “proportionate” and “beautiful.” 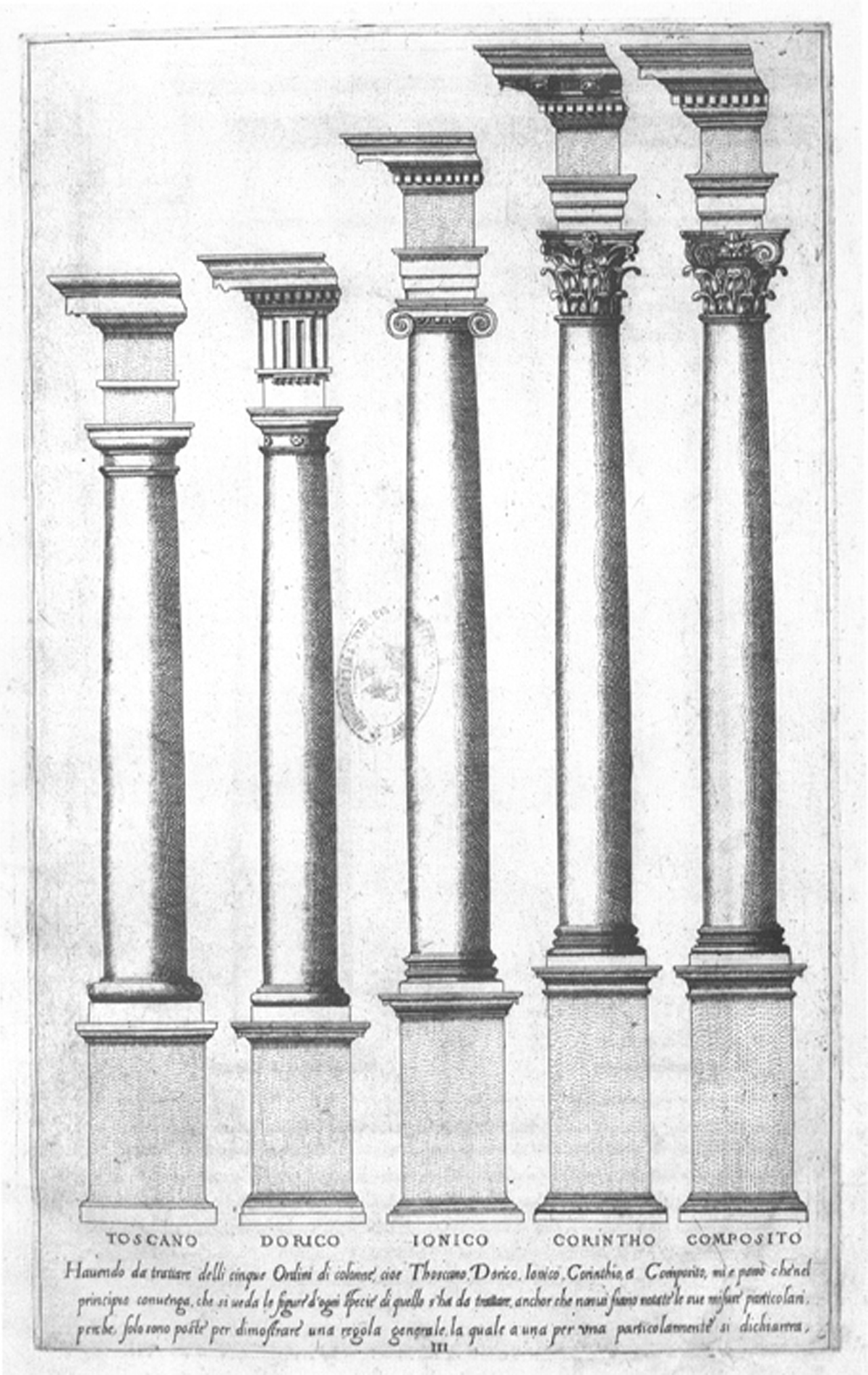 Vitruvius’ works were widely copied and manuscripts were hidden away in monastery libraries during the “dark ages” when literacy and ancient scholarly works other than the Bible disappeared from the world. In 1414, a copy of Vitruvius’ text was “rediscovered” by Poggio Bracciolini in the library of Saint Gail Abbery. Relatively soon after these new copies of the manuscript were circulated by Leon Battista Alberti, c.1450, in his seminal treatise De Re Aedificatoria. This reintroduced Vitruvius and his architectural philosophy to a wide circle of scholars. This coincided with the invention of Guttenberg’s movable type printing in the 1440s. The first Latin printed version of Vitruvius’ text was by Fra Giovanni Sulpitas in 1486. Translations soon followed in Italian, German, French, Spanish, English, and other languages, thereby solidifying Vitruvius as the ancient sage on the subject of Classical Architecture. 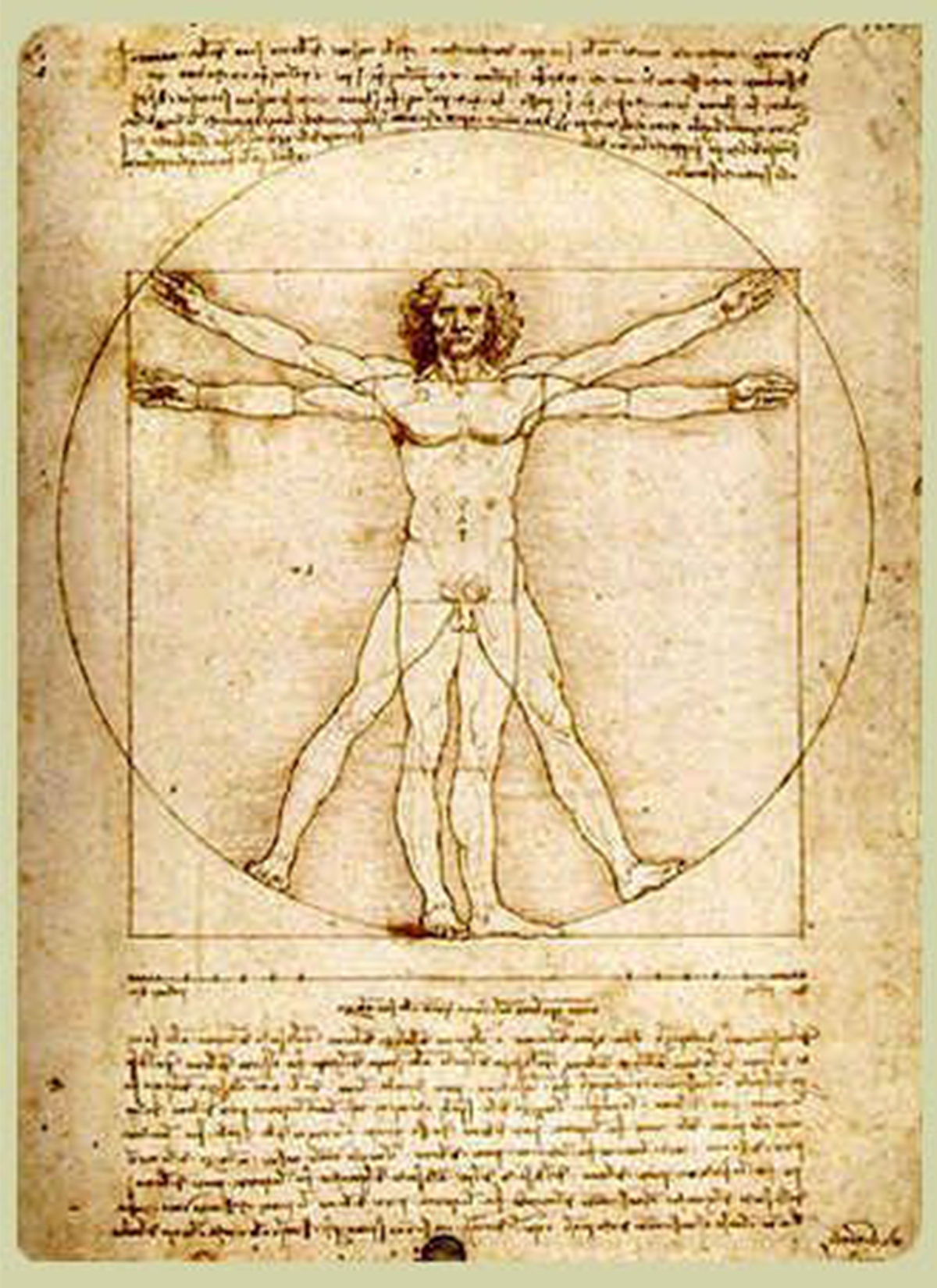 Symmetry and proportion are far less important to modern concepts of architectural beauty than they were to Vitruvius. However, his ideals that good architecture is found where strength, functionality, and beauty intersect is still as strongly prevailing perspective of many (if not most) and architectural critics today, more than two thousand years after those beliefs were first expressed.