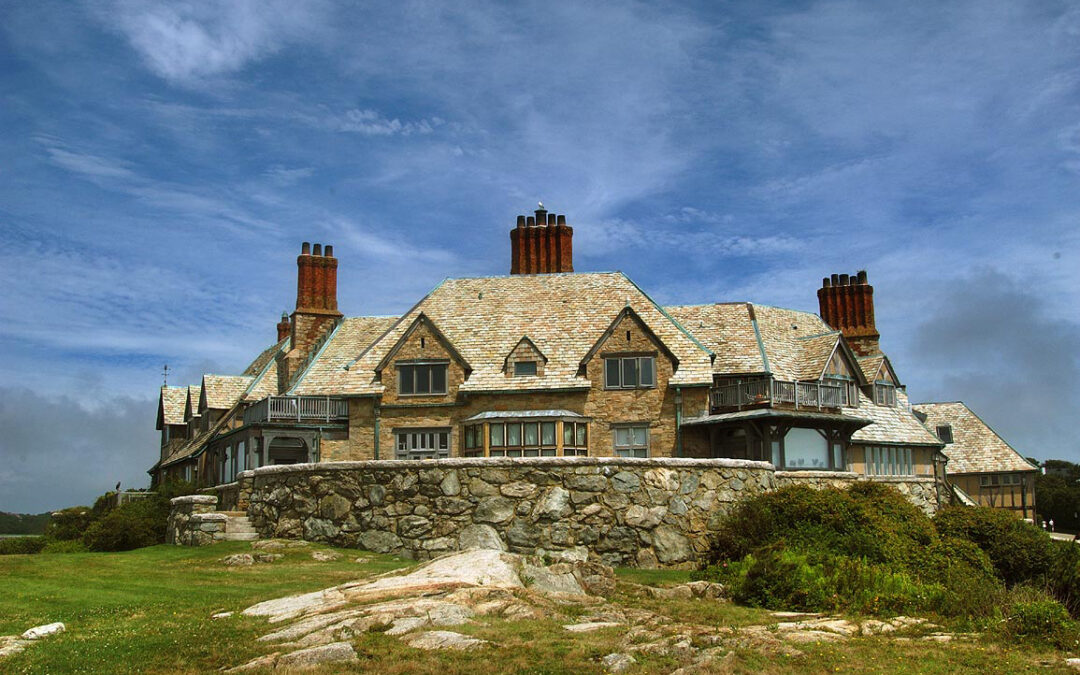 Newport’s many great houses are continually going through transformations and evolution. One interesting example is the Waves, which is built on the southernmost projection of Aquidneck Island out into the Atlantic Ocean. Originally a mile from downtown Newport, the area would have been used for farming and grazing during the Colonial period. In 1899, during the period after the Civil War, a structure known as Norman Castle was built on the lot by former Rhode Island Governor Charles Warren Lippitt. This brick crenelated building looked like a cartoon version of its namesake missing only a moat and guards on the roof to complete the effect. The house was apparently as overblown and ungainly by its neighbors and seems to have been beloved by very few if any. The son of the governor, Charles Lippitt Jr., inherited the building and had the enormous structure demolished in 1924, in order to build a smaller house more in keeping and scale with the neighboring houses. In the end, he decided instead to sell the site to the architect John Russell Pope (1874-1937).

John Russell Pope would later become famous as the designer of the Jefferson Memorial (completed in 1935), and the West Building of the National Gallery of Art in Washington (completed in 1941). He purchased the lot which had the remains of the foundation of the previous structure. These foundations were creatively reused and gave the initial footprint to the new structure. The design of the new building, although mimicking the plan of the previous building, was in many ways an antithesis of the building which had previously sat on the site. Whereas Lippitt’s Castle had been overtly vertical, the new English Country Revival structure was low and fretted, taking their cue from the shapes of the surrounding rocks.

Where the original building had been red brick, which stood out against the landscape, the building Pope designed for himself was a blend of wood, stone and slate, which matched the colors and patina of the natural rock outcroppings. To take advantage of the large foundation but to create a building that would be much more manageable in size, Pope was clever and opened the interior of the plan into a protected courtyard. At the north end of the enclosure, he placed his studio so that he would have a quiet place to work when in Newport. The house was among the first structures to be converted to a condominium in the 1960s, which was a time when many large houses in Newport were being broken up into apartments, turned into schools, or (most sadly) demolished altogether. While it is so easy to decry the desertion of these beautiful old homes, at least it served to preserve them through difficult economic times. 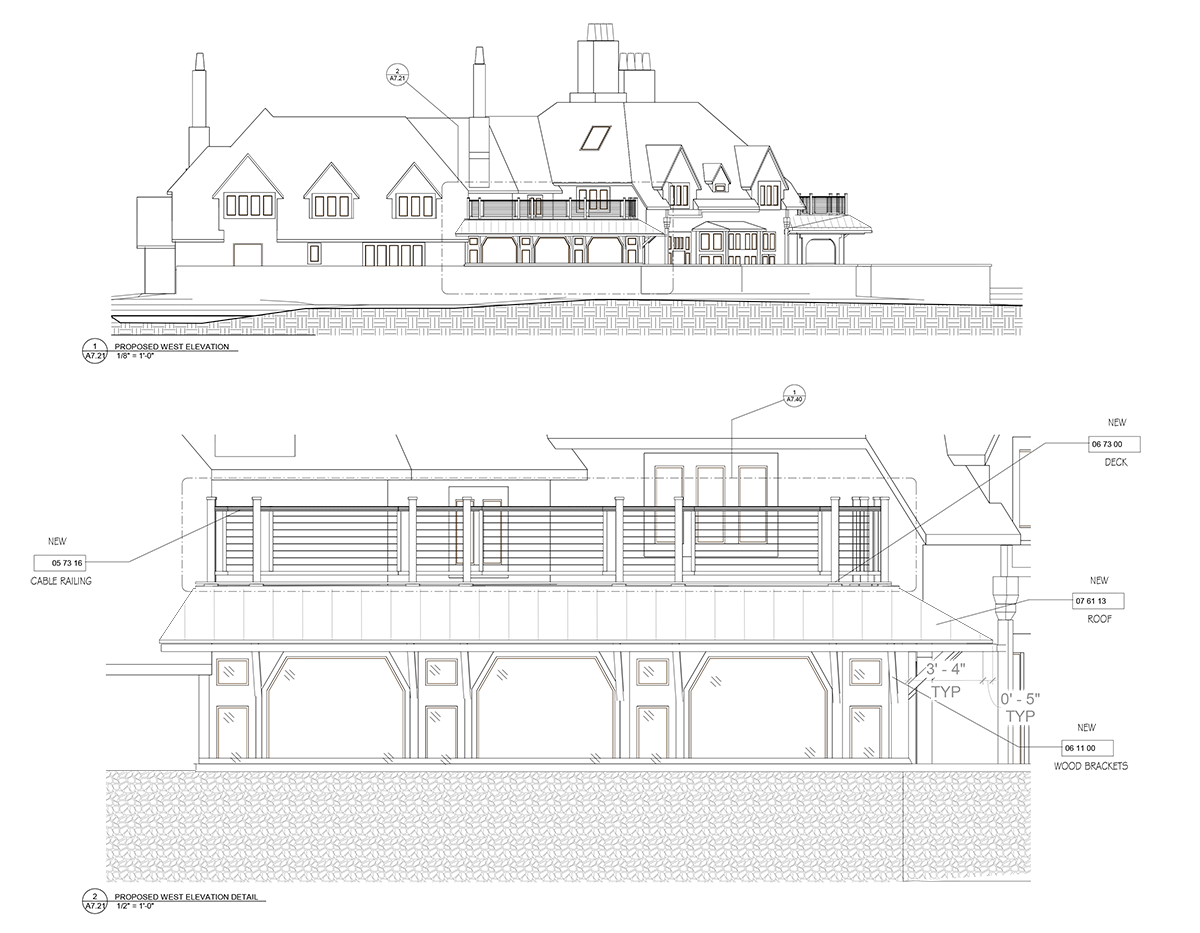 For many years, A4 Architecture has been advising owners of units at the Waves on historically appropriate renovations of the building, allowing the structure to be updated but in a way that is both sympathetic and functional. Many years ago, we helped guide the renovation of the studio and more recently have seen to the recombination of units, putting the building back into larger and statelier accommodations, and converted flat-roofed areas into functional terraces that allow owners to enjoy extraordinary views while also looking in place amongst the rest of this elegant and beloved building. 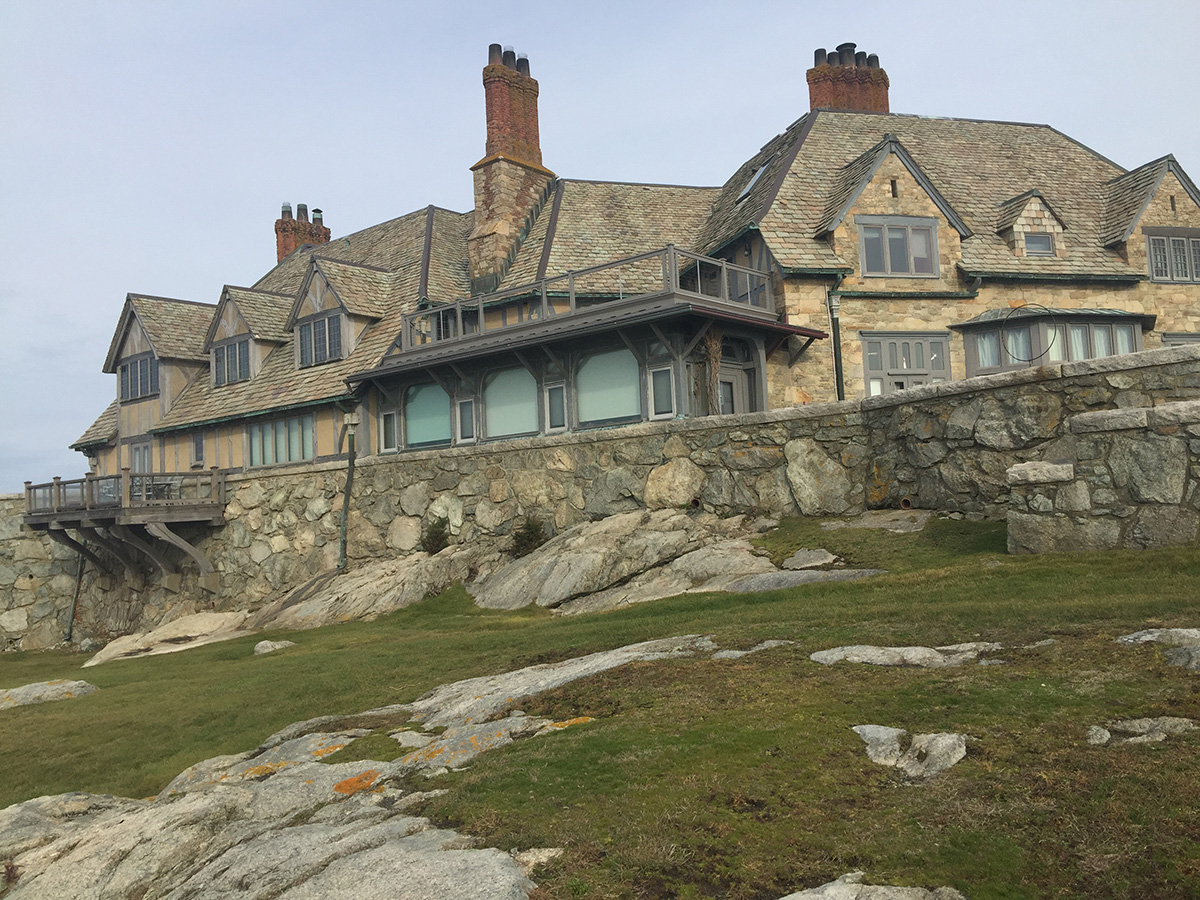 The challenge with owning and designing renovations to old buildings is not to keep them exactly as they were. In Colonial houses, cooking was done in the fireplaces, and it was not until the late Victorian era that buildings had plumbing or heating, other than by fireplace or bathrooms. Even houses built thirty years ago were poorly insulated, draft and energy inefficient buildings. These are characteristics which we want to improve upon and often these changes will have impacts both on the interior but also the exterior of the house. By deftly and appropriately updating the design, the structure’s owners and their architects are carrying on the great tradition of building. 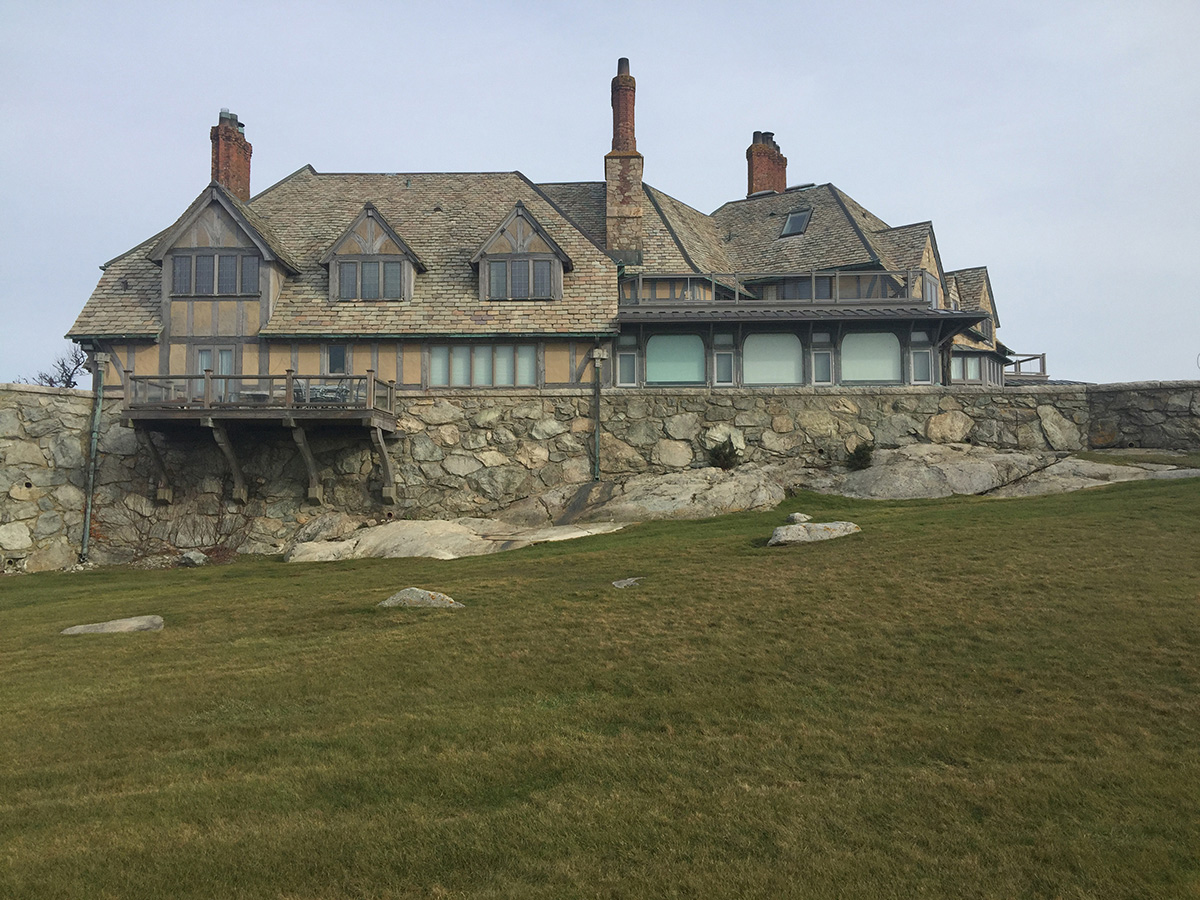 We are keeping the best of the past while making it work as long into the future as possible. In the technology we use, in the new needs that we meet, and in the aesthetic that we choose we mark the evolution of the structure over time. From the boulder foundation of Lippitt’s Castle to the English Provincial style of the Waves to the stainless-steel cable railing of the modern renovations, the building continues to show not only the evolution of architecture over time but also that the building continues to be loved, cared for, and renovated with the future in mind. In time, hopefully these discrete and carefully planned changes will become acknowledged parts of the design and the best of them will be preserved when the next necessary renovation is undertaken as every vital and living structure must inevitably be. A4 Architecture is proud to play our small part in this process. 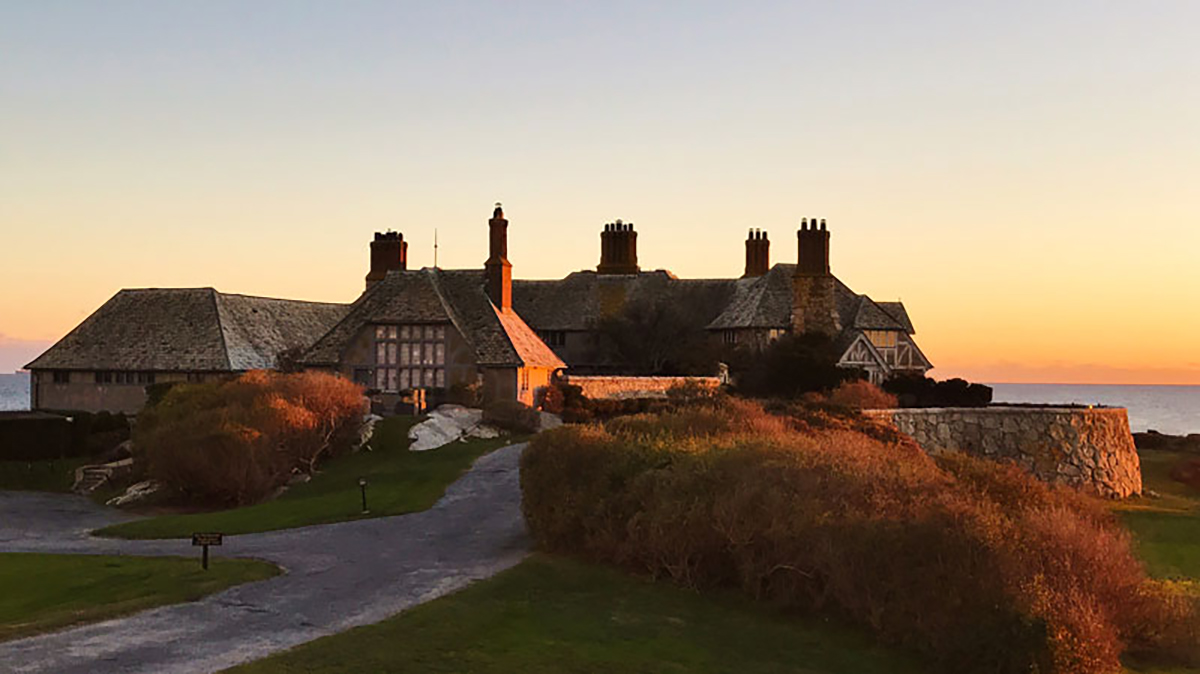