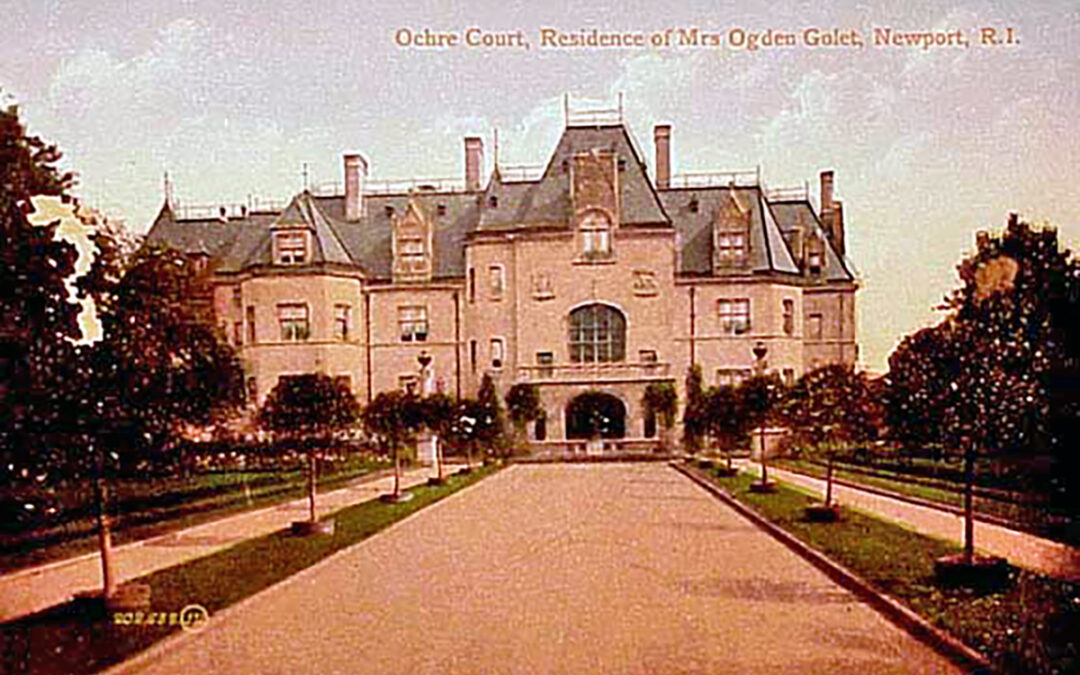 Salve Regina University is celebrating its 75th Anniversary in 2022. Although plans by the Sisters of Mercy were set in place many years before, in 1947 the nuns received the gift of Ochre Court from the Goelet family.

The building was originally designed by Richard Morris Hunt and built for Ogden Goelet in 1892. This was the first of many grand mansions that Hunt would design in Newport and elsewhere during what is now known as the Gilded Age. This was the period of expansive growth of the United States between the conclusion of the American Civil War in 1865 and the beginning of the first world war in 1915. 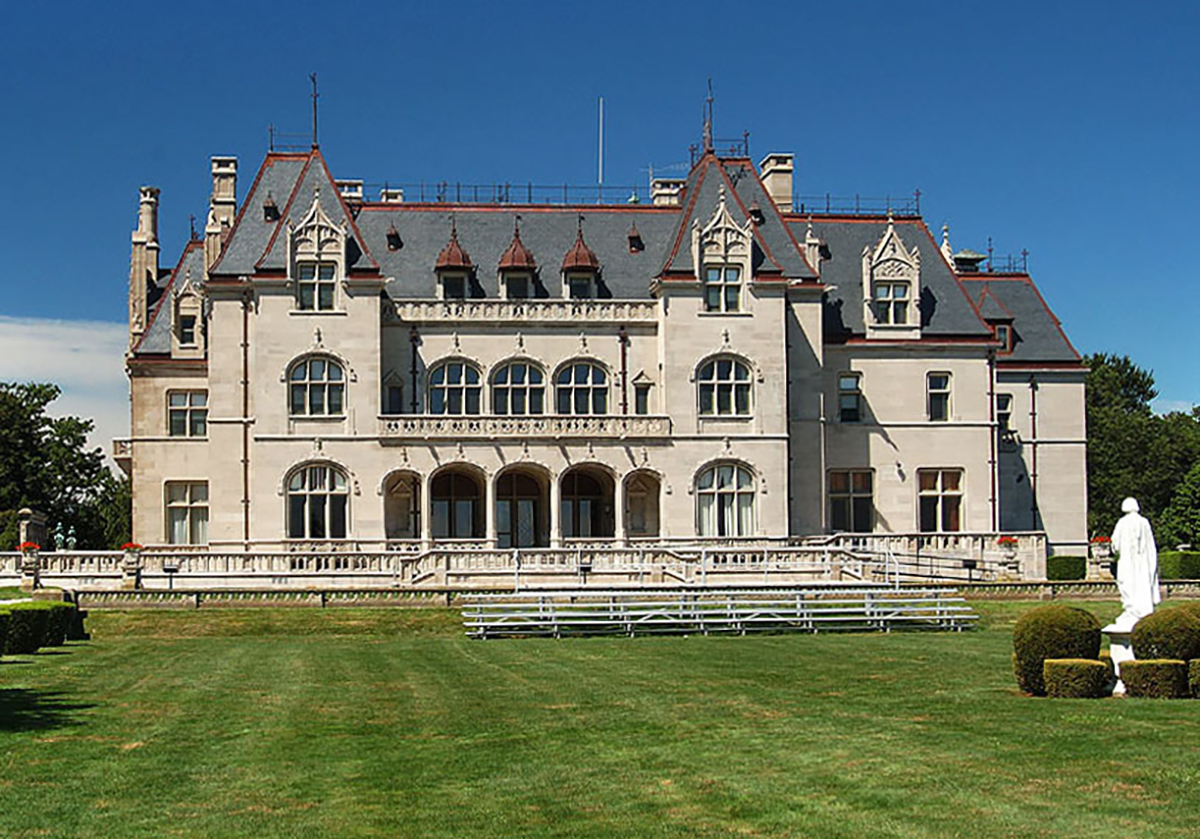 The building was designed to emulate the chateaux of the Loire Region of France built during the reign of Louis XIII but on a much grander scale and with a modernized plan that was made to accommodate the large parties hosted by wealthy Newport summer residents for one another during the Gilded Age. The exterior design is marked by elaborate spires and dormers, high chimneys made from limestone blocks. The interior design is characterized by ornate plaster and carved wood trompe l’œil ceiling painting, integrated statuary, stained glass, heraldry, and many other features which gave the building the feeling of being hundreds of years old although it was built on a steel skeleton that was extremely modern for its time.

The entire building is located around a three-story atrium with an elaborate arcade surrounding it and an extraordinary trompe l’œil mural painted on the ceiling in the Renaissance fashion. This atrium courtyard central vertical organizing element was a regular feature of Richard Morris Hunt’s work from the INA Griswold house he designed in 1864 to the Breakers Mansion down the street from Ochre Court which was completed after Hunt’s somewhat premature death in 1895, at the age of 67.

Ogden Goelet’s daughter May married Henry Innes-Ker, 8th Duke of Roxburghe and their son Robert Goelet IV eventually inherited the house and bequeathed it to the Sisters of Mercy in 1947 to fulfill the vision they had to create Salve Regina University.

From this one original building, Salve went on to save and reuse the Ochre Court Carriage House and Stables for several purposes including programs in the arts. Today, the Ochre Court Carriage House along with the Stables of the Chateau- sur-Mer for the University’s Center for Arts, Culture and Historic Preservation.  In the twenty years after the end of World Ward II, buildings were donated often because they were “white elephants” having grown too expensive for the population and summer residents to operate and maintain some 75 luxurious summer “cottages” in Newport as originally constructed to be.

The second estate that Salve Regina acquired was Vinland that was built by the Lorillard family. Even today, now that Salve has purchased or built more than 40 structures within the area, many of these were Gilded Age buildings which would not have been saved had they not been adaptively reused for university facilities.

Early on in its development Salve inherited or acquired these building as available and saved them from being down or subdivided. In the 1950s and 60s, ‘preservation’ as the movement that it has become, was just beginning, but early on Salve came to realize that its campus was a unique asset that helped differentiate the school from other schools competing for applicants. In that time it won 2 Doris Duke awards, the Antiquarian Award from the Preservation Society of Newport County, the millennium award from the Nation Trust DC, the Institute of Classical Architecture and Art Award for adaptive reuse and preservation, and The J. Paul Getty award for Campus Heritage. Most recently both the Princeton Review and Architectural Digest recognized the campus for being one of the top 30 “most beautiful” in the nation out of many thousands of alternatives. Architectural Digest opens “with these opulent roots, its no wonder its one of the colleges with the most beautiful campuses”. 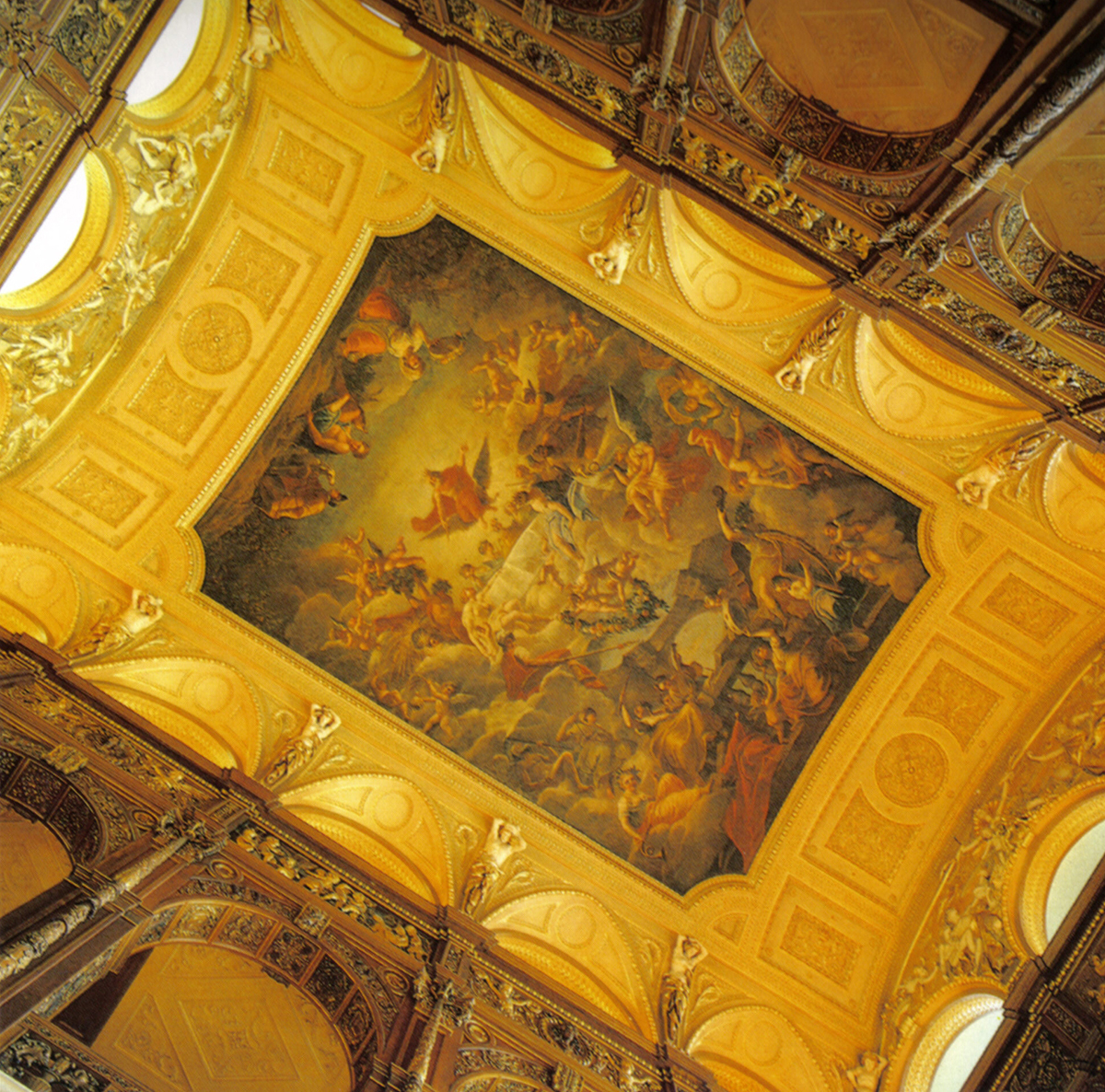 As A4 Architecture begins its eighth project for the Salve Regina, most of which were focused on either restoration or adaptive reuse, we applaud the institution on its stewardship of its architectural resources and celebrate its 75th anniversary as an integral part of the Newport community.

Ross Cann, RA, AIA, LEED AP, is an author, historian, and practicing architect living and working in Newport, RI. He holds degrees with honor in Architecture from Yale, Cambridge, and Columbia Universities. In addition to working on the Salve Campus, Mr. Cann has taught architectural history at Salve Regina University for many years in the Circle of Scholars program.