A4 Spotlight: National Tennis Club at the Newport Casino 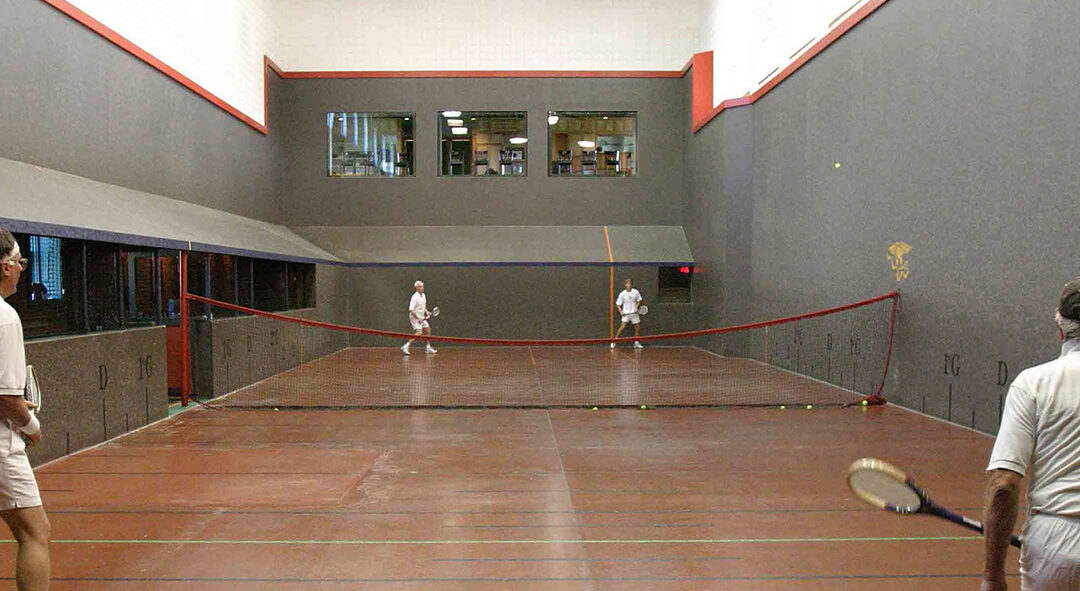 In 1880, when the Newport Casino was designed by McKim Mead & White and built for James Gordon Bennett, the game of lawn tennis was very young. Major Walter Clopton Wingdale had been granted a patent for the game by Queen Victoria just a few years earlier in 1874 and the All-England Croquet Club (now known as Wimbledon) had added a single tennis court in 1875 and held its first gentleman’s championship among its members in 1877. 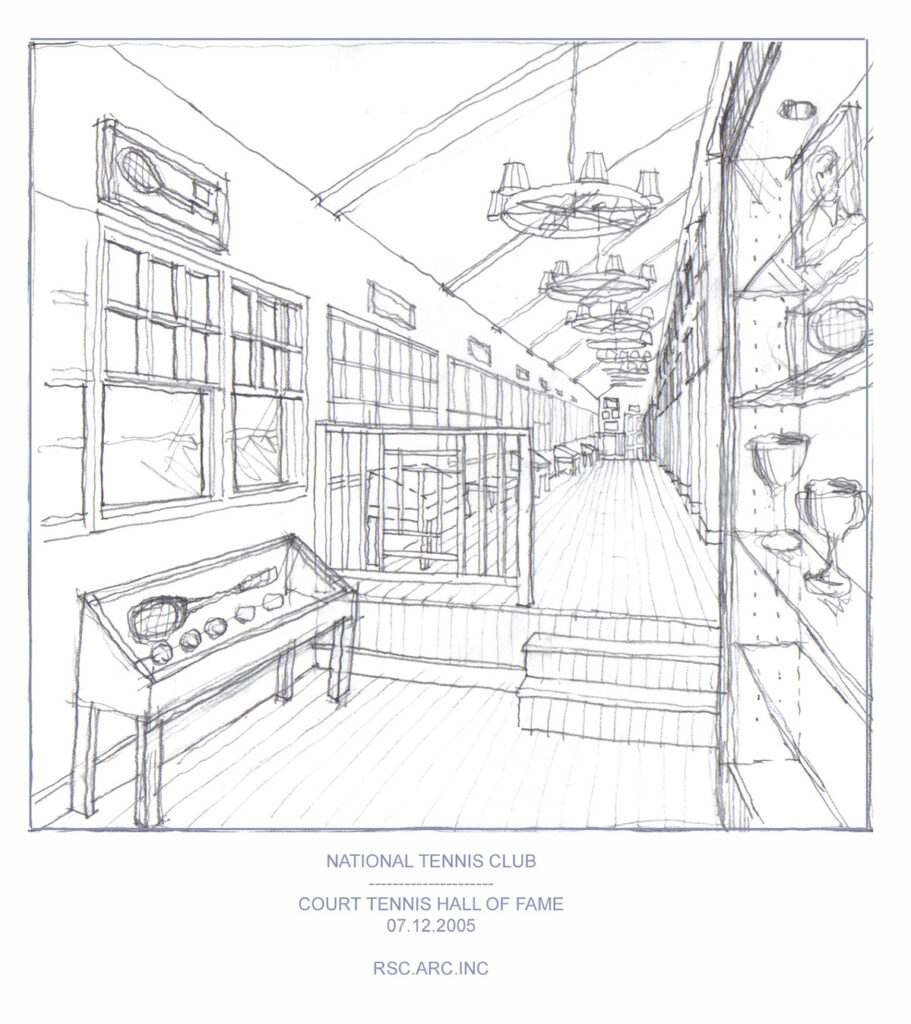 The construction of the Newport Casino is considered the first Shingle Style building as it represented a bold advance on the Queen Anne Revival style by the McKim, Mead and White partnership. The building used a variety of shingle cuts to establish different surface patterns, which became one of the prime characteristics of the Shingle Style. The style was given its name by noted art and architectural historian Vincent Scully, who was considered one of the most popular and charismatic professors at Yale from 1950 to 2000. He is famous for calling the Shingle Style the “Architecture of the American Summer” as it primarily grew and prospered in coastal resort communities like Newport, Rhode Island.

But the Newport Casino was not only devoted to the very new game of lawn tennis. The club also had game rooms for playing cards, dining facilities and a ballroom for music performances and dances for the membership. There was a track with covered seating for members to display their coaching (driving horse drawn carriages) skills among their membership. At the very back of the complex there was a built structure devoted to what is now called “Real Tennis”, which is the 800-year-old sport which is the ancestor of all racquet sports. This sport is thought to have been invented sometime in the 12th or 13th century in a monastery somewhere in France. Unlike lawn tennis where the ball is played off a single plane, in Real Tennis the play occurs inside a large, enclosed space where the ball can be played off 26 various and sometimes angled surfaces. The best simple description of the game is “It is 1/3 tennis, 1/3 chess, and 1/3 pinball” because the ball will careen around the court in what looks like unpredictable ways.

In 2006, A4 Architecture was engaged to renovate the Real Tennis building to create better viewing facilities and more functional club space above and around the court. Ross Cann, the founding principle of A4 Architecture and long-standing Real Tennis player was selected to lead the process because of his intimate knowledge of both the game, the facility, and the club members’ needs. Of the 53 Real Tennis facilities still existing in the world, the one in Newport is now considered one of the best maintained and most active facilities of its type and was chosen to host the World Championships in 2004 and again in 2016. This championship, like the America’s Cup, is contested between the current world champion and a challenger selected from the next top four opponents in the world by ranking. The world championship competition is a best of 13 sets match with two days of rest sandwiched in between the three days of play. 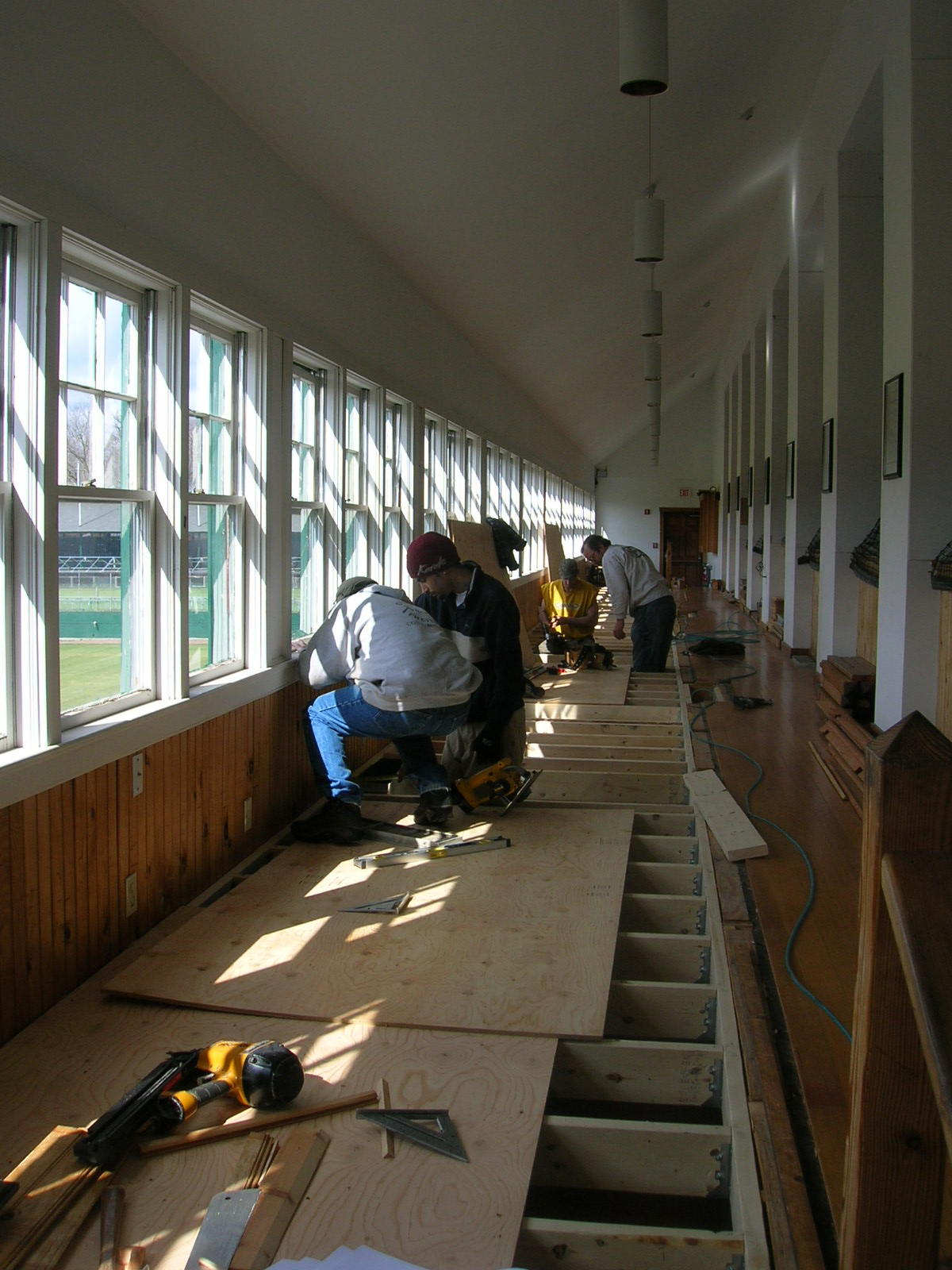 The Newport Casino was central to the social life of the Gilded Age Newport community as it provided a gathering spot and was the first purpose built “country club “in the country. The facility, like much of Newport, fell on hard times during the 1950s and 1960s but was revitalized by people who love the history of the building and the community. Today, the Newport casino is again live with activity both on the lawn tennis courts during the summer and in the restaurant, museum, theater, and Real Tennis court year-round. 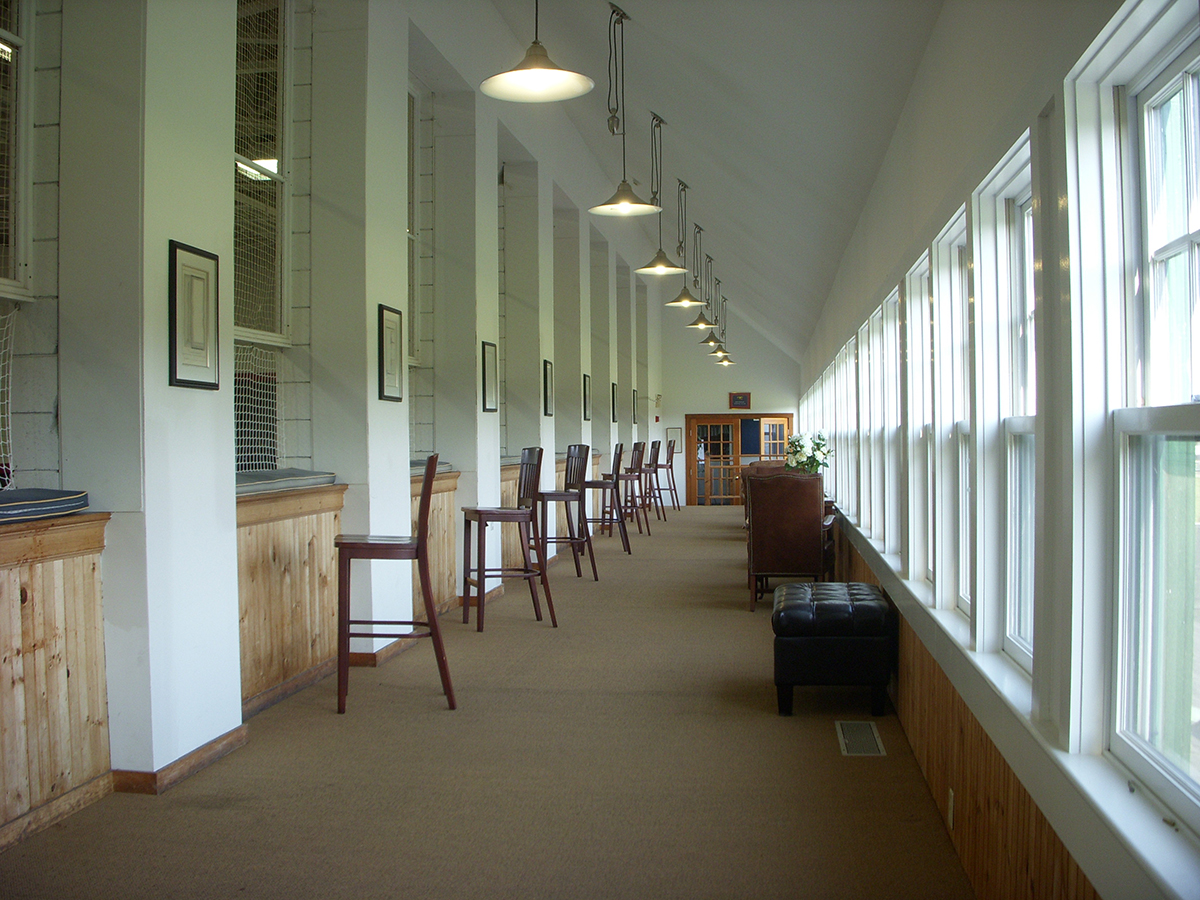