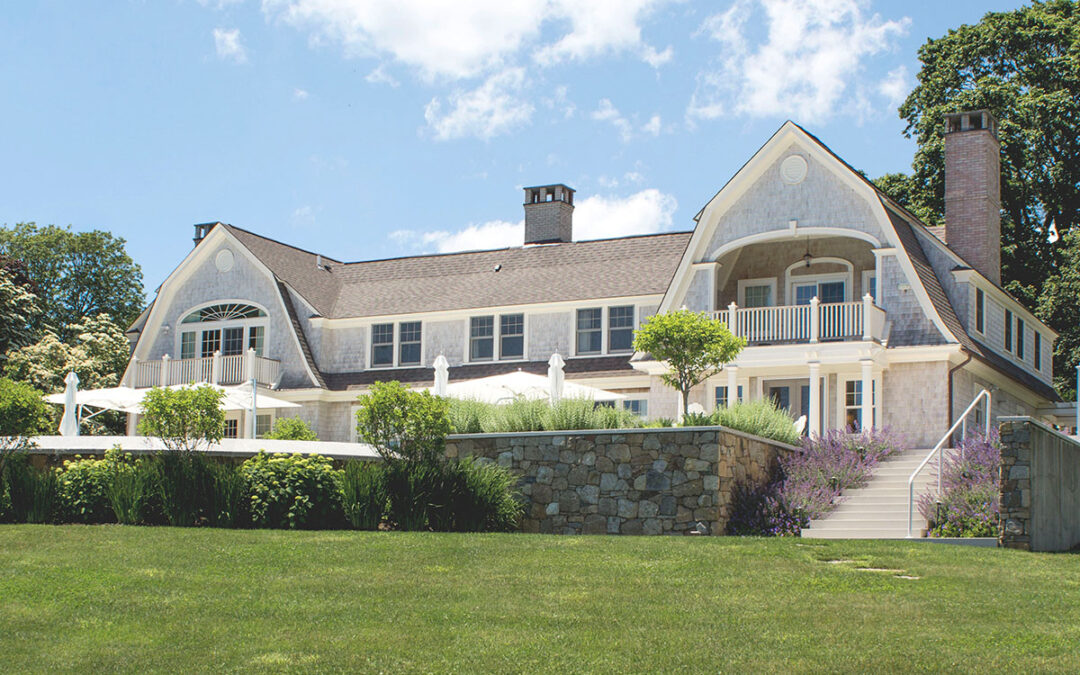 As each year passes, it becomes clearer and clearer that humanity is facing a serious climate crisis.  Temperatures in the Arctic and Antarctic have been measured 70 degrees above normal for this time of year.  The problem often seems so large and intractable that it feels like each of us are powerless to do anything.

And yet, if we all work together, each at our local level, the impact can be enormous.  The most recent UN Climate Crisis Report states that humankind is approaching its final opportunities to avoid severe changes that will cause large scale sea-level change and massive displacement of populations that would cause vast geopolitical problems and conflicts.  The situation of Syrian refugees and illegal immigration at the US southern border are just the barest hints of the sorts of problems countries around the world will soon be facing if climate change is not slowed and reversed quickly. One major obstacle that people have with making their lifestyles more energy efficient (and thereby reducing their carbon footprints) is that they own homes which are a major piece of their net worth and they cannot conceive of replacing those homes with the sorts of super modern energy efficient structures that they envision will meet the needs of the changing situation.

Fortunately, they do not need to.  When buying an existing house, but before moving in, “deep energy retrofits” are possible to make those structures much more energy efficient and sustainable for the long term.  This approach has the added benefit that the “entrained energy” of the existing structure is largely maintained.  Entrained energy is the name given to all of the human, mechanical, and chemical energy needed to build a structure from raw materials including the energy used to extract materials from the earth and turn them into building products.  When this energy is incorporated into the equation of determining whether to demolish or renovate an existing structure, renovation will often prove to be the better approach even if the final design is somewhat less efficient than a completely new and modern structure would be.  This is because of all of the entrained energy that would be discarded and all of the additional energy wasted demolishing the old structure and carting that material to the landfill where it would slowly decay and dump further methane into the atmosphere.

The power of “Adaptive Reuse” to take the vast majority of an existing structure and transform it into a new structure better designed to meet modern code, efficiency, and functional requirements can be extraordinary.  This approach can be a win-win-win for the owners.  The cost is lower because much of the existing structure is preserved.  The schedule is faster because there is less new construction and the overall sustainability of the final building is greater because of the preservation of the entrained energy of the original building. 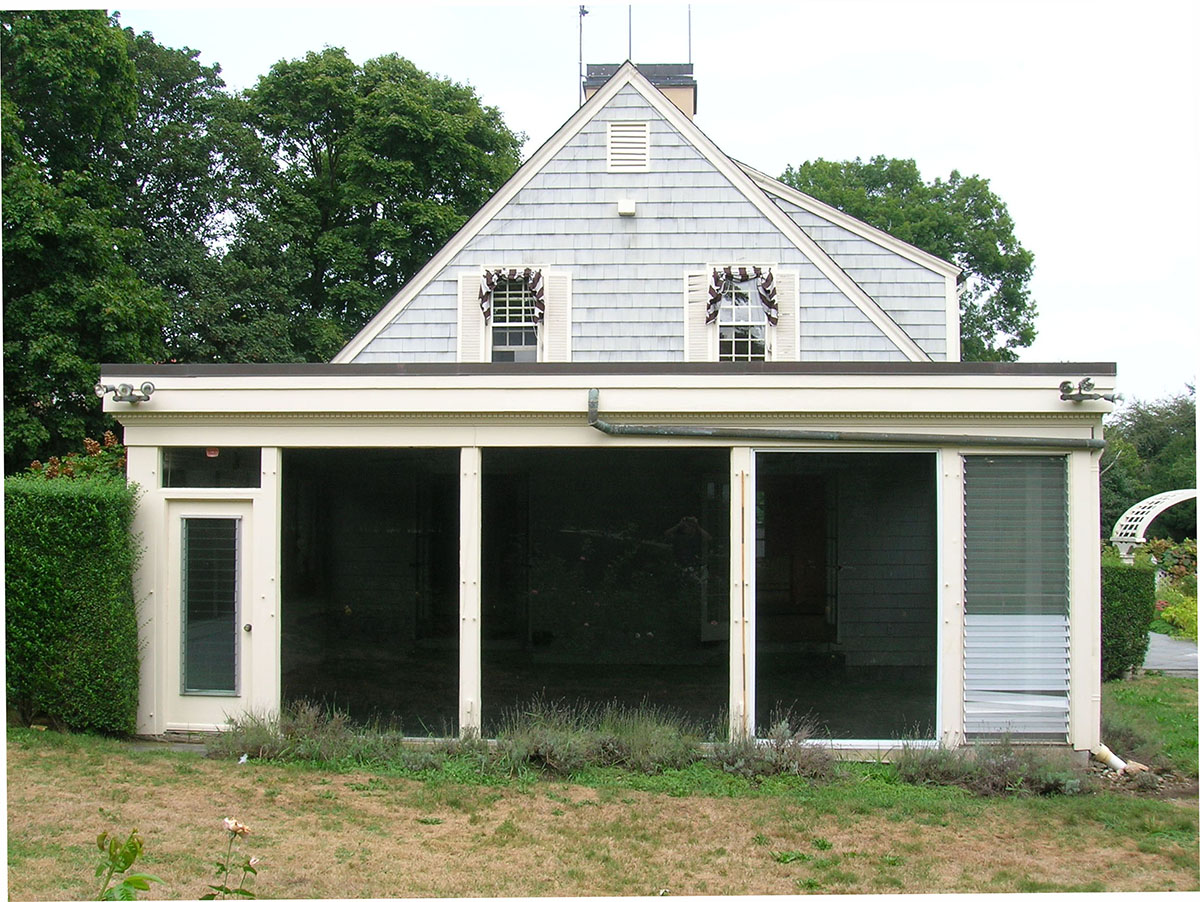 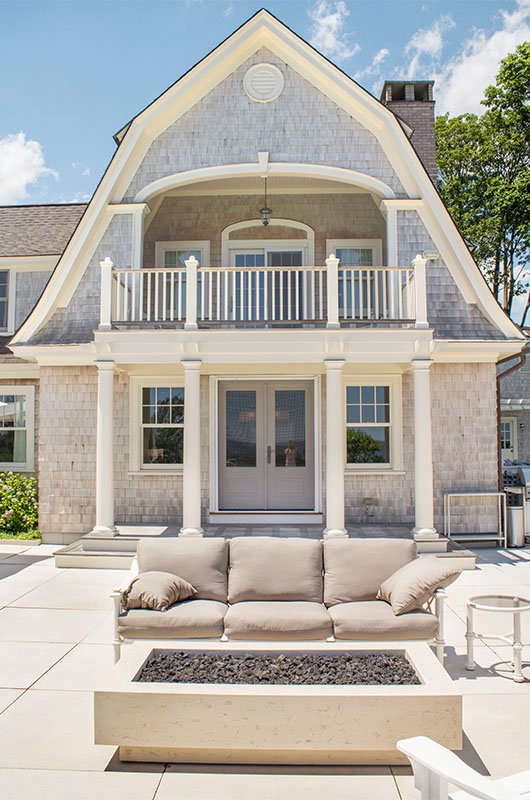 To show just how much of a transformation is possible, we are putting the spotlight on an A4 project completed some time back: 4 Barclay Square.  There were three primary requirements for this project: to transform the look of a 1950s cape-style house into an 1880s “Newport Cottage,” to maintain the livability of the house throughout construction for the owners, and to keep the construction budget as modest as possible.  To achieve this challenging mix of requirements, A4 Architecture preserved the original house and constructed two “bookends” on either side to change the overall massing of the house into a more Gilded Age shingle-style gambrel vernacular design.  Because the bathrooms and the bedrooms of the middle section of the house were being preserved, that section of the house remained livable.  The focus on maintaining budget meant that even the transom and color of the front door was maintained to keep the preservation of the old construction maximized and the cost minimized. 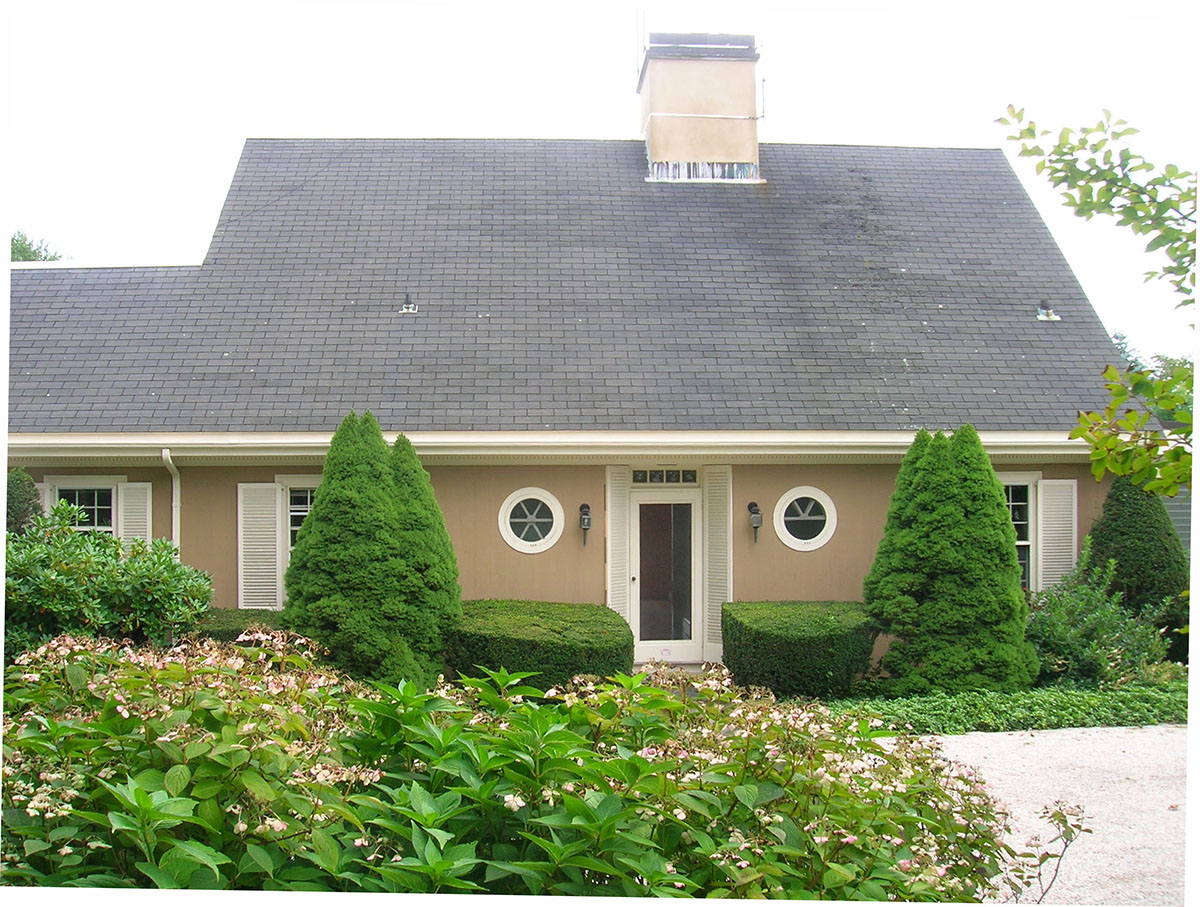 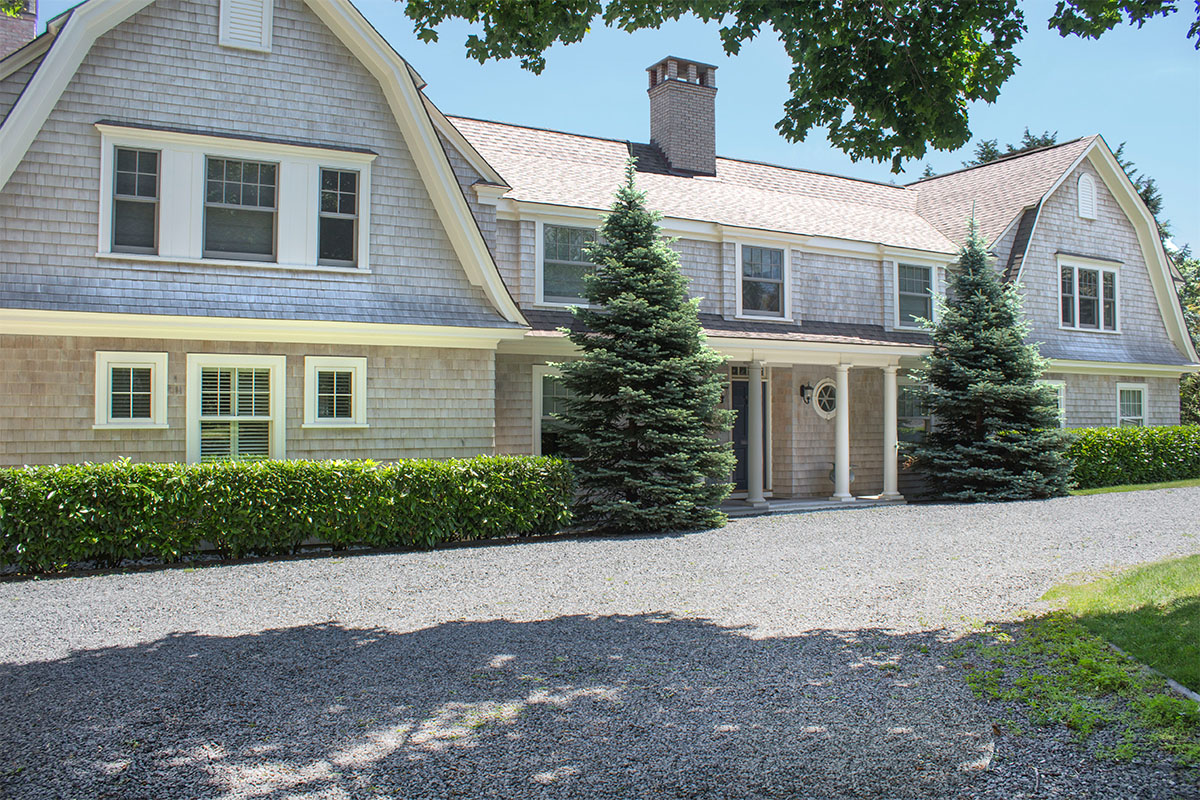 The area of the new construction was actually less than the area of the preserved structure which meant a significant saving in budget and schedule.  Not only was the building transformed, but because of clever design techniques, it felt much larger than its relatively modest 4,500 square feet.  For that reason, when the building sold, it sold for double the price per square foot of any other building in that immediate neighborhood.  Also, it was sold for more than double the acquisition price, even though the building was purchased at a high point in the market and sold before the 2008 market collapse had fully recovered. 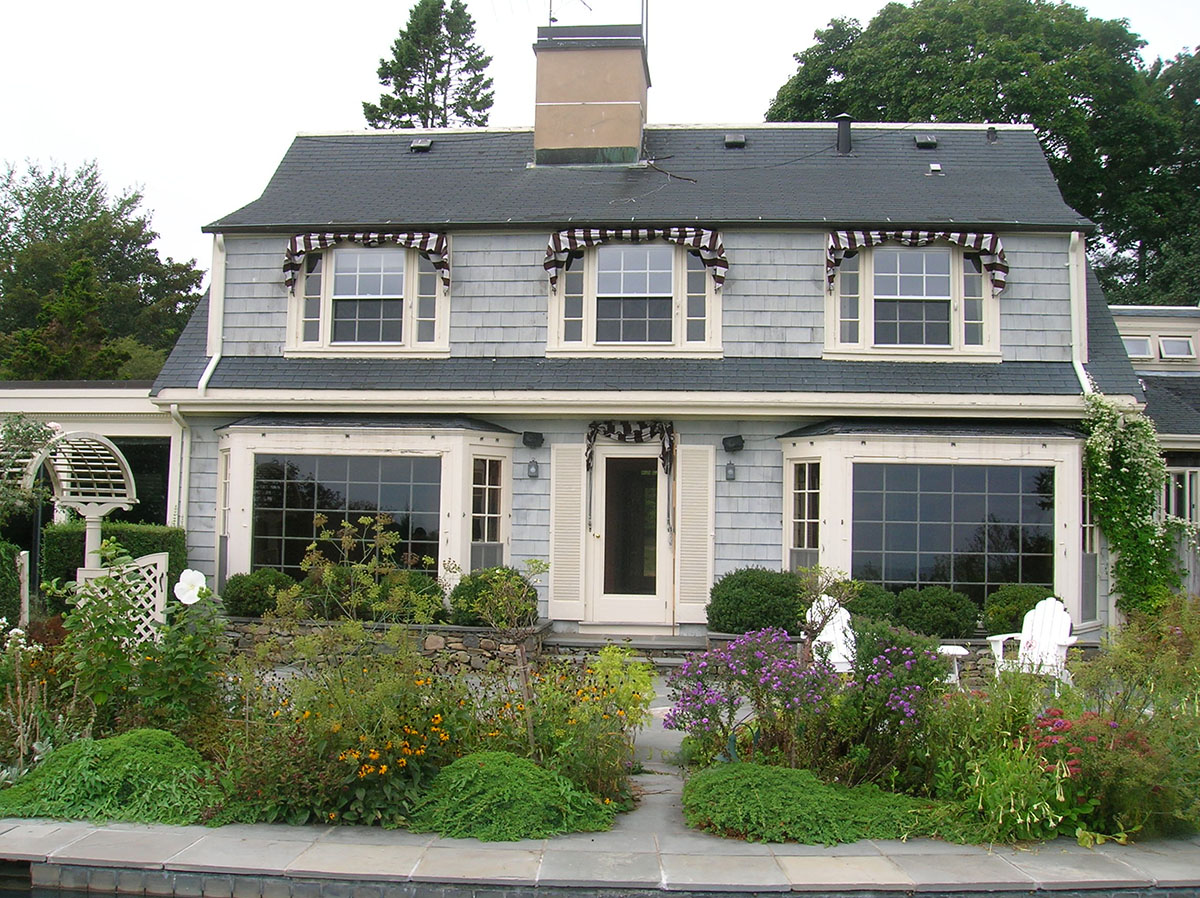 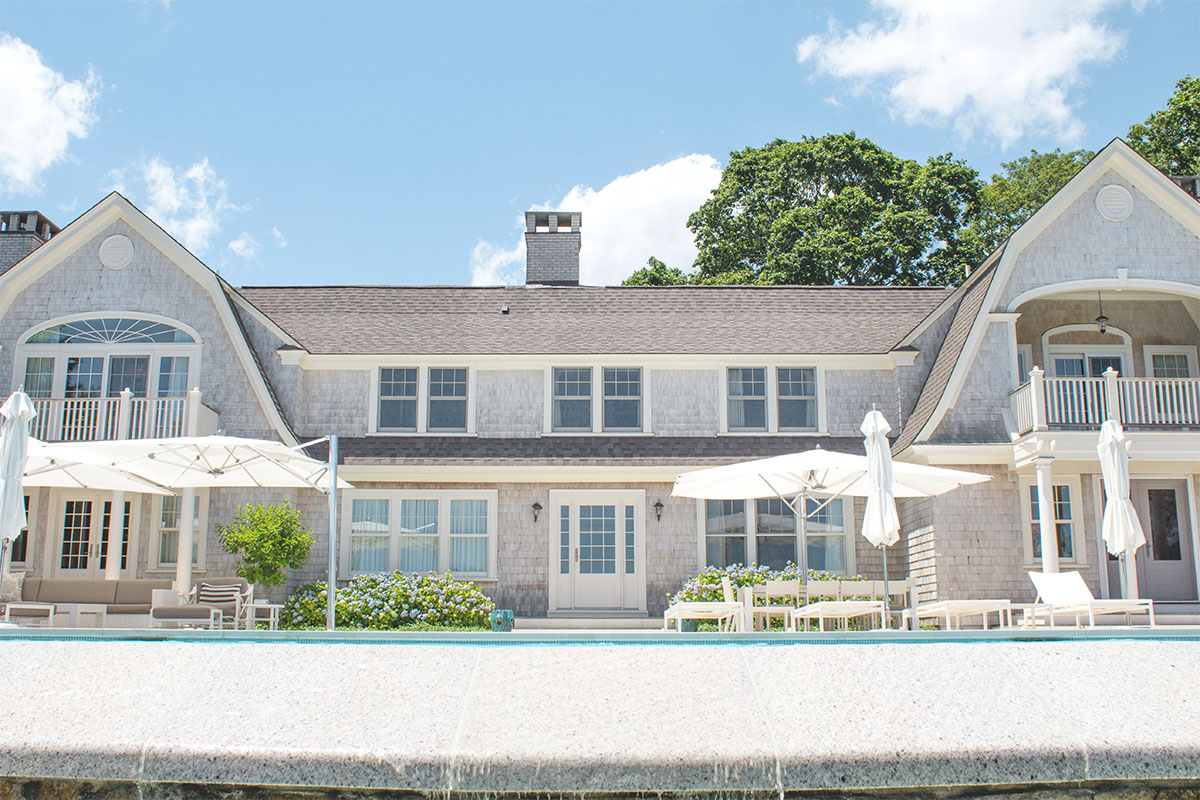 This is a great example of property owners doing well by doing good.  Good design was the key ingredient in allowing this transformation in the house, from both aesthetic and functional standpoints, to occur. 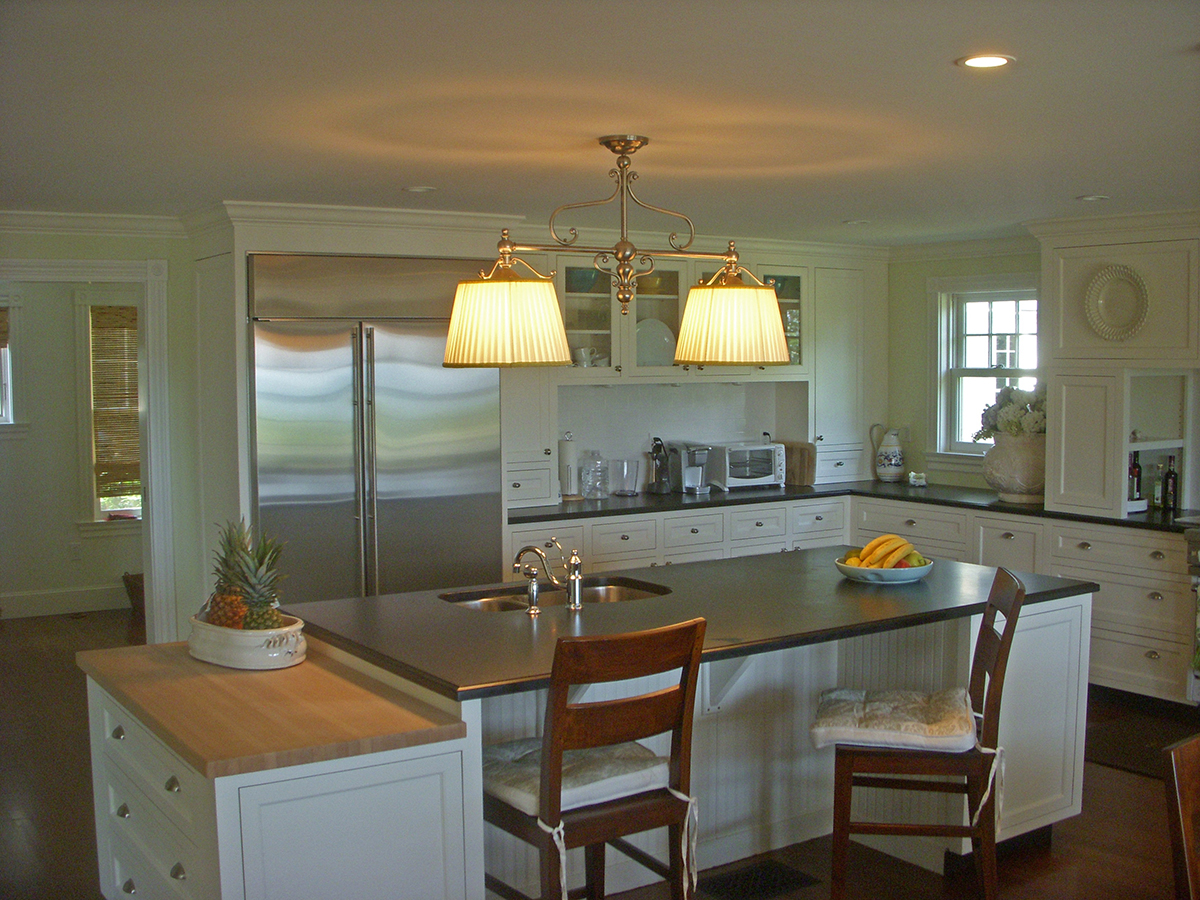 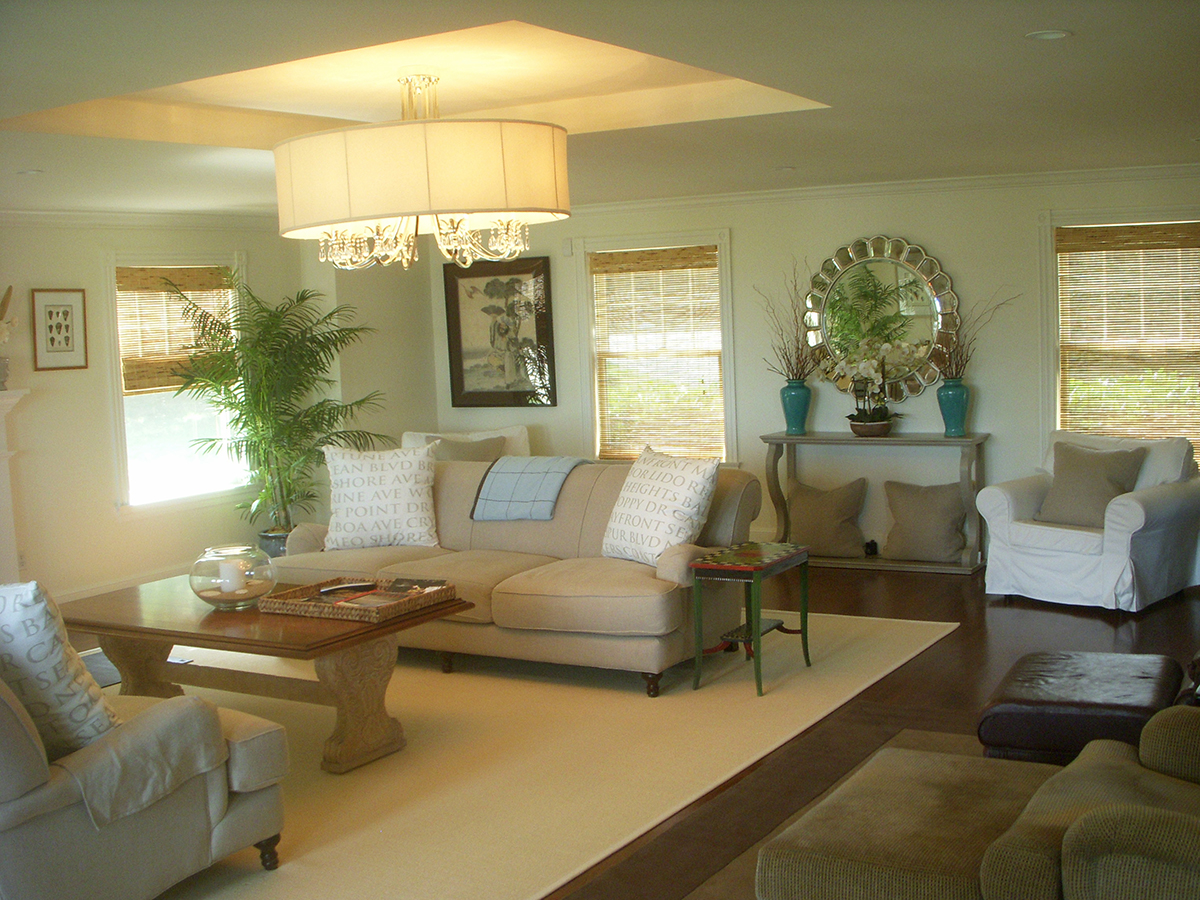 To conclude, even though tearing down your existing house and replacing it with a new energy efficient one would be impossibly expensive, the good news is this approach is not necessary nor even desirable.  It would completely waste the entrained energy of the original structure.  It is far better and smarter to take your existing house and transform it using “adaptive design” and a “deep energy retrofit” into a building that can serve you and future owners efficiently and sustainably for many decades to come.  If we all were do this, we would be making tremendous progress towards slowing, halting, or maybe even reversing the climate change which will soon threaten ever-increasing proportions of the human population and good, sustainable design is at the heart of the solution!

Ross Cann, RA, AIA, LEED AP, is an author, historian, and practicing architect living and working in Newport, RI. He holds degrees with honor in Architecture from Yale, Cambridge, and Columbia Universities. He is a LEED Accredited professional certified to design more sustainable buildings.