A4 Perspective: Change is the Constant 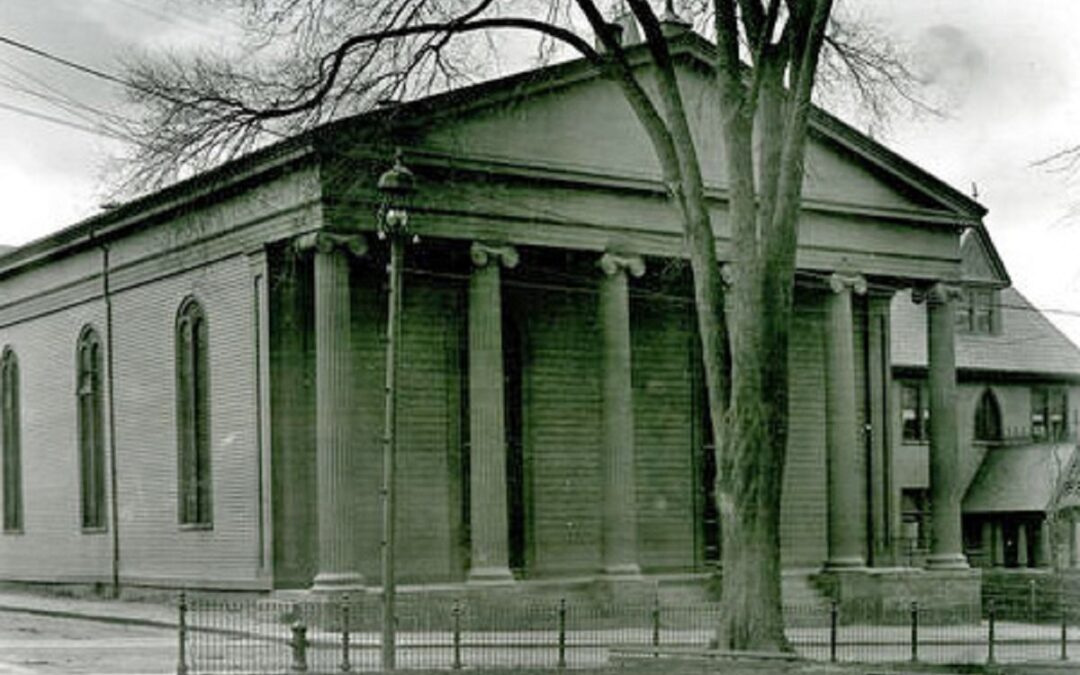 Change happens, whether you want it to or not. That is perhaps one of the principal laws of the universe and it is certainly true in the world of architecture. The partial collapse and subsequent emergency demolition of 41-45 Franklin Street, up the hill from the Newport Post Office, is certainly a stark example of this truth. Until this past Saturday, this was a gambrel balloon frame structure that was most likely built in the late 19th century.

Videos posted online by the company doing the renovation showed that the building had had all the floors removed as part of a renovation, but these floors provided the lateral stability to the structure. When the building was hit with winds the evening of the St. Patrick’s Day parade, the front façade buckled out and the structure clearly faced the danger of immediate collapse. City officials deemed the building an imminent hazard and so the order was given to bring in a large backhoe and by Sunday morning the more than century old structure was nothing but a pile of debris on the lot. 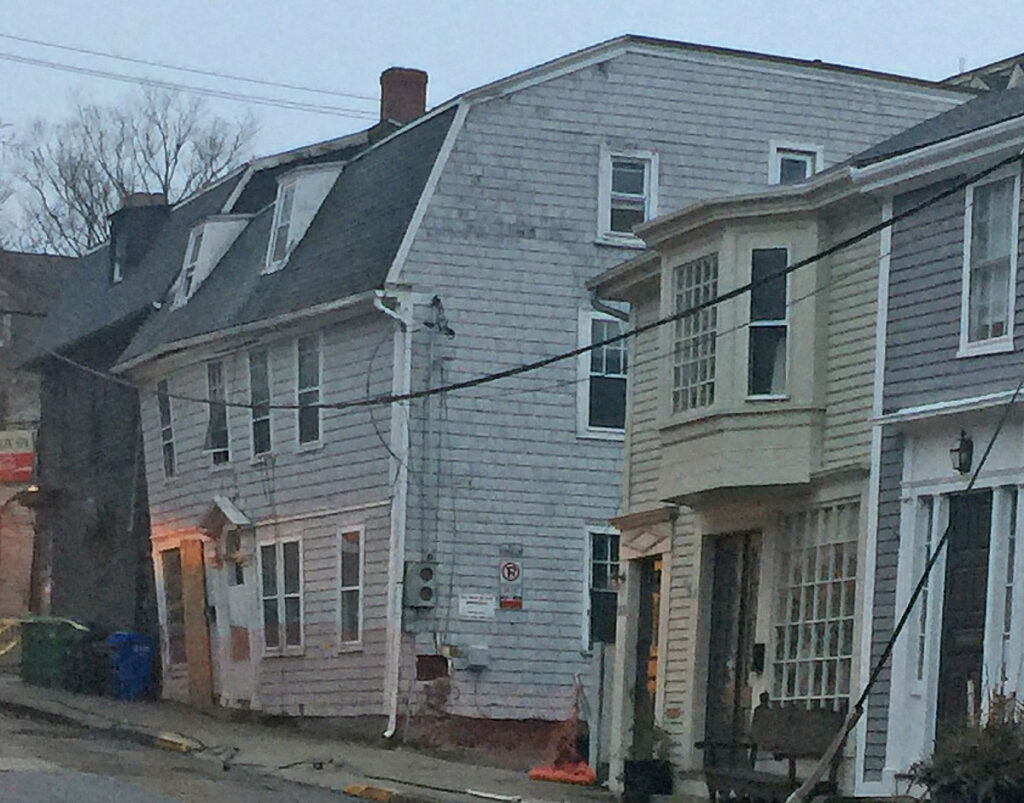 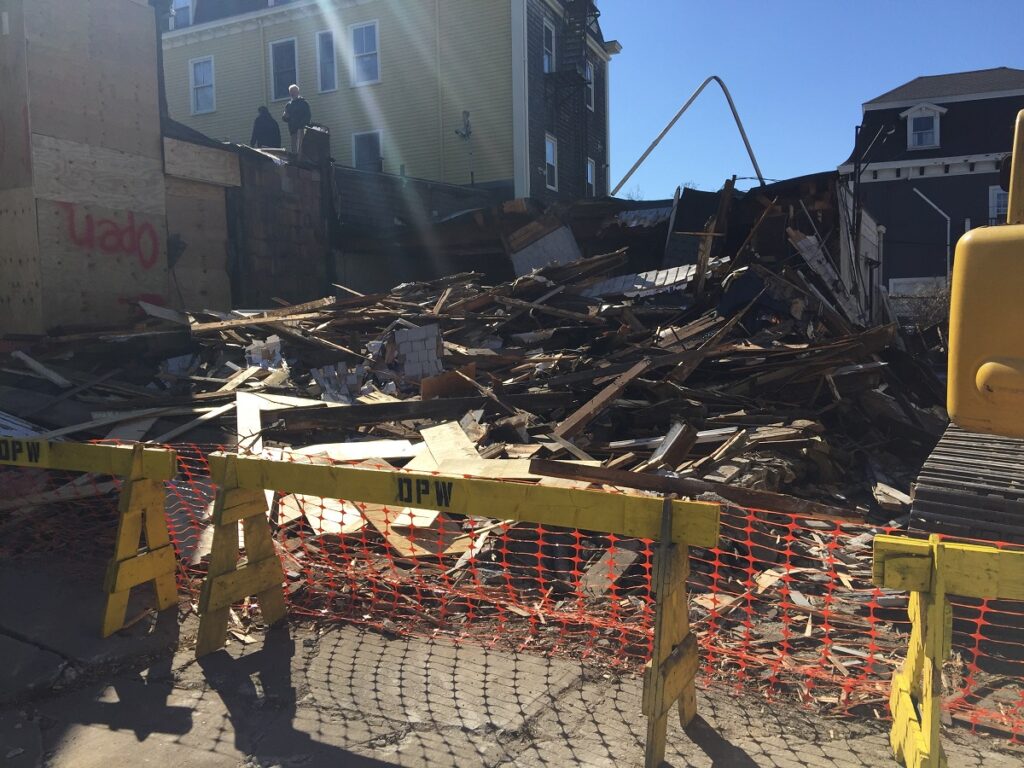 Maintaining and improving architecture is a challenge. Not many other forms of art have to standup to the snow of winter, the rains of spring, the heat of summer or the threat of insect infestation. The functionality of architecture also requires that its use and construction must be continually evolving with the broader economy and with the ever-changing requirements of safety and building codes.

But with proper planning, maintenance and careful planning many Newport buildings have lived many lives and will continue to live even more in the future. One notable example is the building at 49 Touro Street. This structure was originally built as the Zion Episcopal Church in 1834. Later it was converted to the St. Joseph’s Catholic Church in the 1880s and the Rectory was added to the property in 1893. St Joseph’s remained there until their new church was built on Broadway in 1913, It then became a live performance space called the Lafayette Theater for a few years. In 1922 it reopened as the Strand Theater where silent movies were shown and so this year the building is celebrating its 100th year of film. 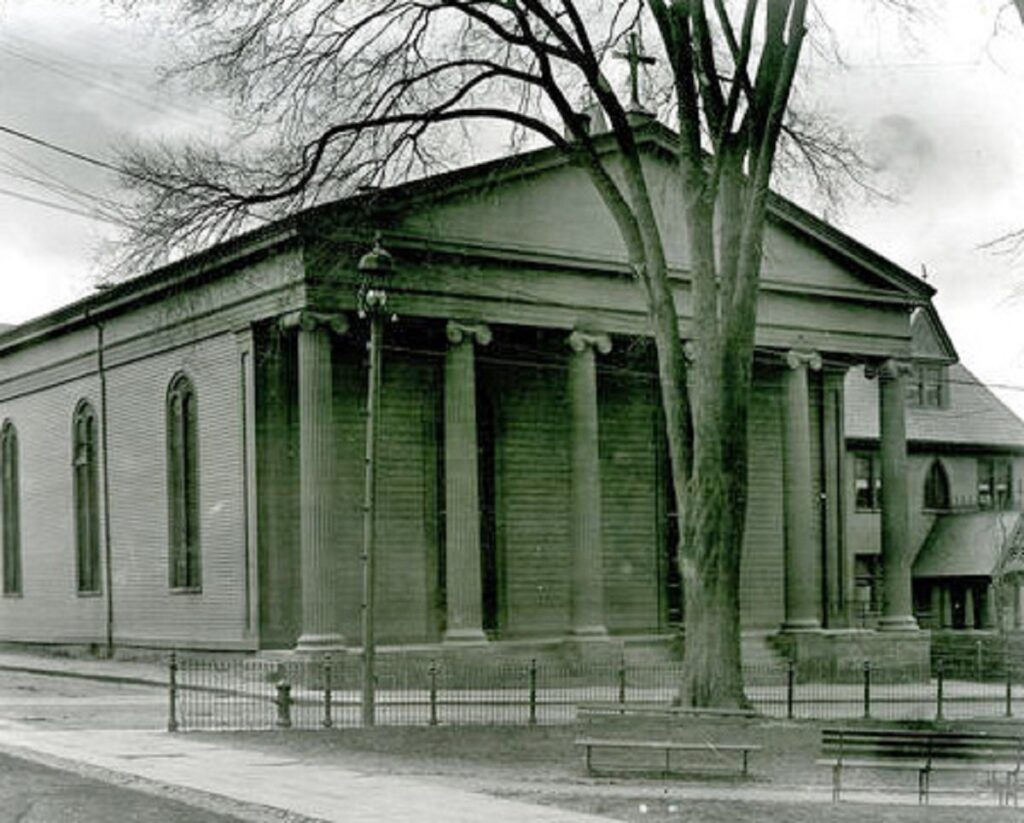 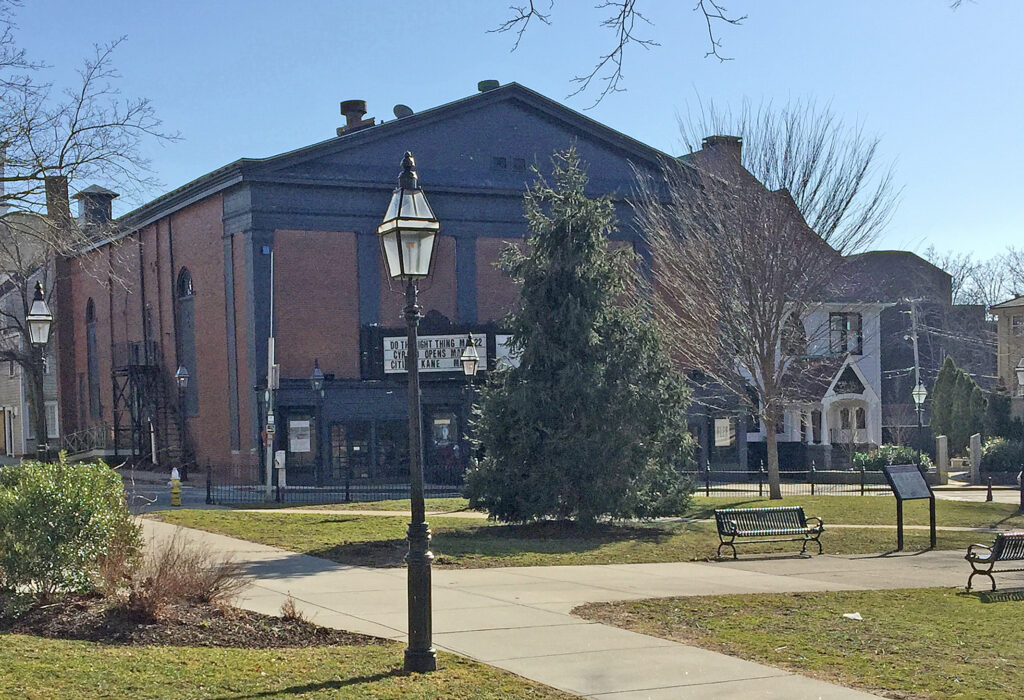 The building was renamed in 1974 for Newport’s resident and singing star, Jane Pickens. Kathy Staab, the current owner since 2004, has taken a unique approach to preservation.  Every year the business has reinvested in improvements to the building including new heating system, air conditioning, roof and replacement of a fixed screen with a retractable one so that live performances were again possible as a part of the programming mix. The institution is now known as the Jane Pickens Theater and Event Center or the JPT Film + Event Center. The theater was closed for 17 months during Covid and reopened in August 2021. During this downtime new star-studded carpeting, improved bathrooms and a new air filtration system were added to make the space safe for Newporters to return for the entertainment they love.

The next time you are in the space, for either a movie, live music or for a community event, think of all the different lives that this building has had and all the different audiences it has served over its long and storied history.

While change is inevitable, it can be managed, but only through good planning and a genuine love and appreciation for the old. What does not work for preservation is when no change is allowed or when the change is too abrupt as to not permit for good and careful planning. Like most things in life, preservation requires a reasonable balance to preserve the best of the past while providing the most for the future. It is the fine line that the owners of Newport’s thousands of historic buildings must walk every day.