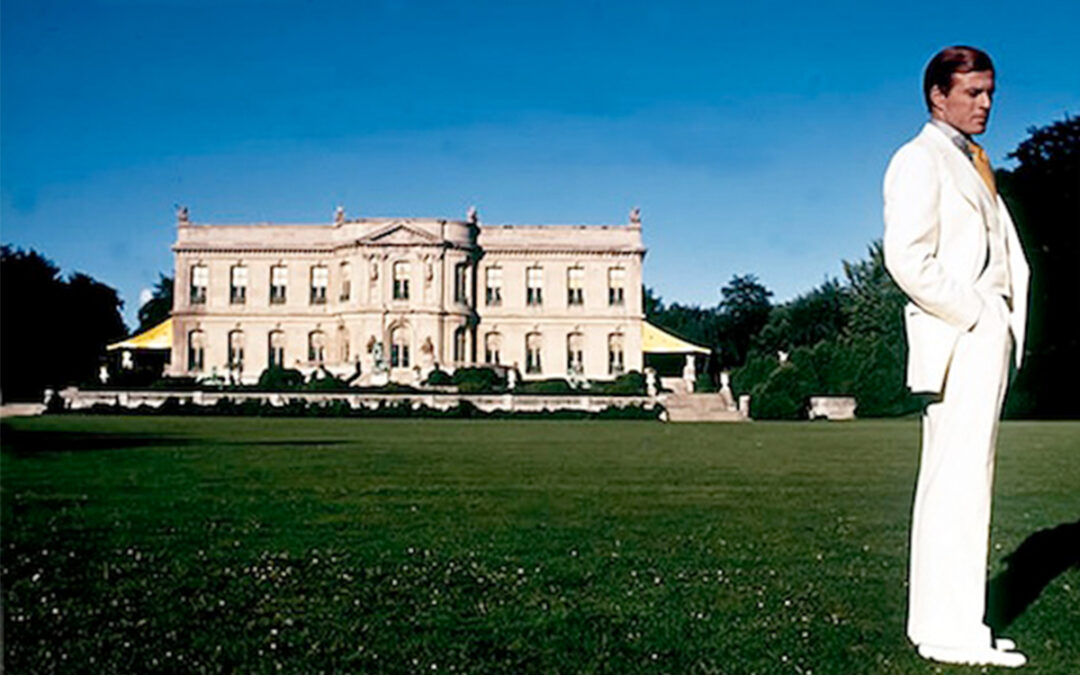 Generally, if given a choice, most movie directors would prefer to shoot movies or TV shows on a set because that way they can control every aspect of the design and not be constrained in their shooting by the realities of life. But in some situations, the cost to create or recreate a setting is beyond even the lavish budgets that are allocated to movie production. Because of its unique portfolio of both Colonial Era and Gilded Age architectural treasures, Newport has become a place that movie makers have determined is worth the effort and expense of shooting in the real world with all its messy unpredictability.

Currently Washington Square has been transformed into Salem, Massachusetts for the filming of Hocus Pocus 2. The changes necessary have been minimal, changing a few signs and adding the festival stages and food trucks to create the setting for the Salem Scare Fest. The one larger intervention has been the construction of a magic store in a half timbered style in the parking lot of the Newport Restoration Foundation. With old buildings on either side of the new temporary structure looks right at home in size and character. I am looking forward to seeing the movie to see how much of Newport’s actual architecture finds its way into the film. 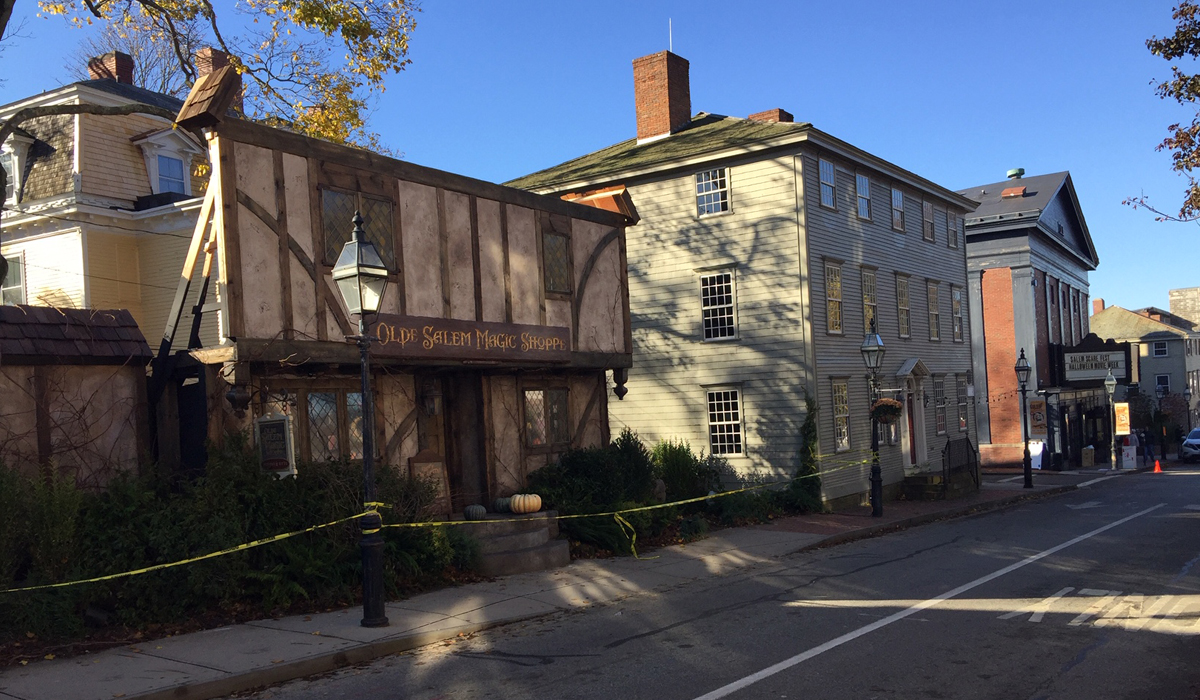 It is not the first time that Washington Square has been transformed into another New England community. In the 1997 Steven Spielberg movie Amastad, Newport was selected as the city which could most easily be transformed through movie magic into Colonial Era New Haven, CT where the Amastad trial actually took place. The streets were covered in dirt and the stores were strategically converted into provision shops with barrels out front and old style signage but the Newport buildings were already the proper style, age and scale to fool the eye of the camera to make it look like an eighteenth century New England city. 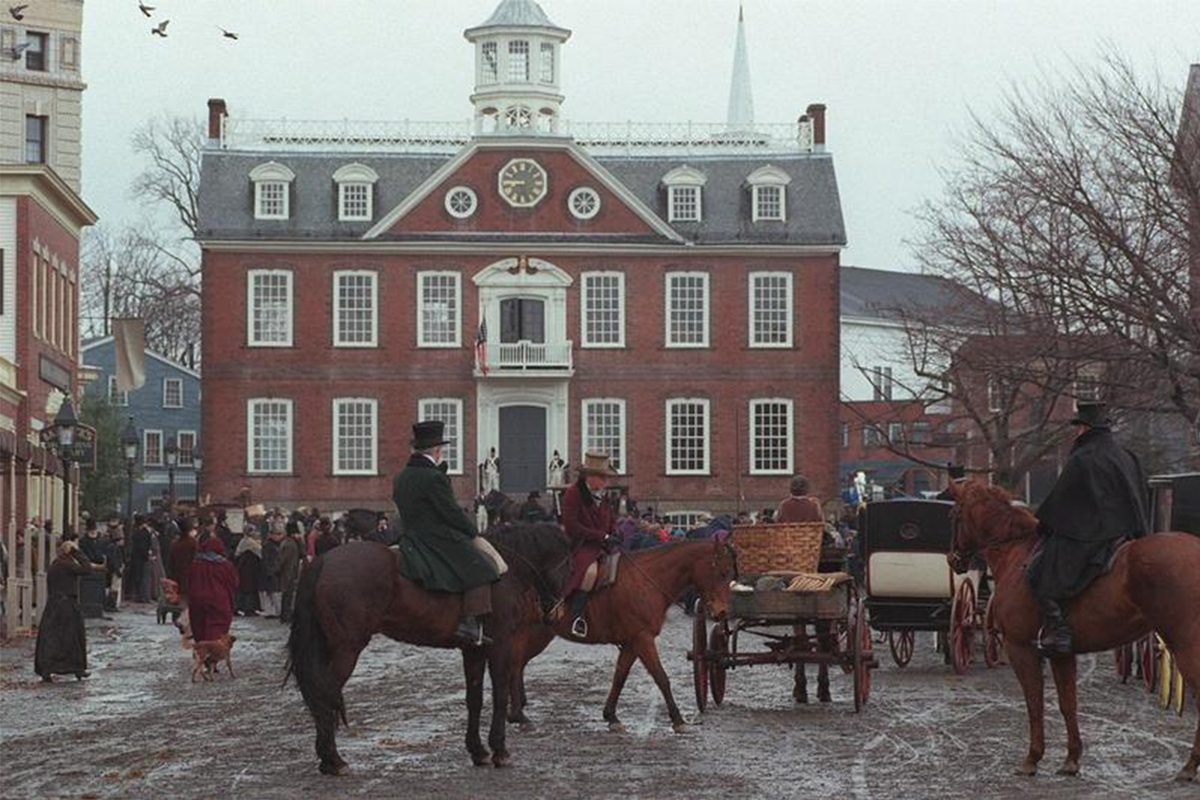 It is not just the Colonial Era asset that have attracted filmmakers to Newport. The city’s Gilded Age homes have stood in for European palaces and Long Island mansions. In True Lies (1994) with Arnold Schwarzenegger the exterior of Ochre Court and the ballroom of Rosecliff were brilliantly paired together to represent a palace in Switzerland where a lavish party was to be given. Rosecliff also served as the perfect setting for the 1974 classic production of The Great Gatsby starring Robert Redford and Mia Farrow. The grand ballroom and garden overlooking the Atlantic Ocean were two setting which would not have been replicable anywhere else at that time long before computer generated imaging. I remember watching a production of The Great Gatsby screened in the very room where so many of the interior shots were done. Sitting in the very spot where the action on the screen was taking place was truly an other worldly experience. 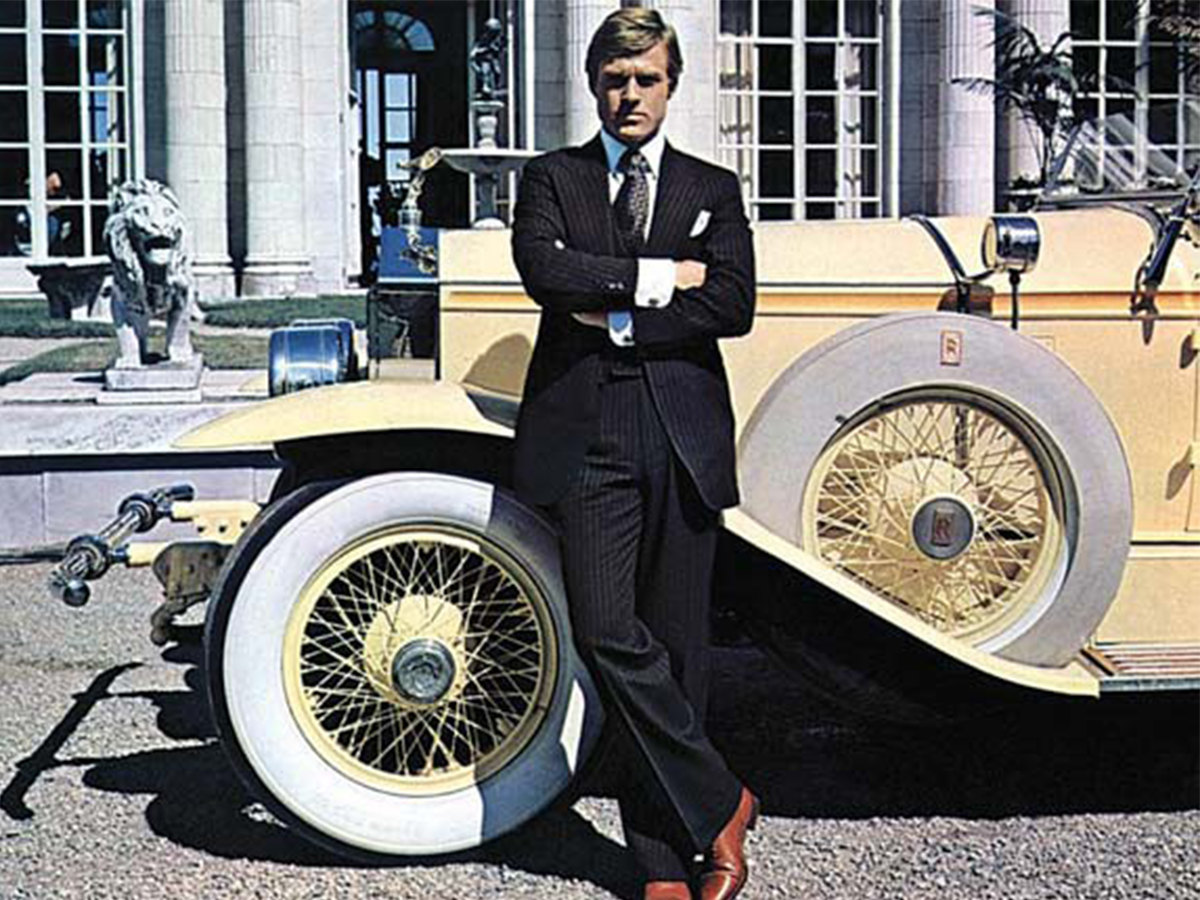 The list actually goes on and on. This last winter Julien Fellows, famous for turning Highclere Castle into Downtown Abbey chose Newport to shoot his new series The Gilded Age which has been promised five seasons, which will presumably continue to be shot “off season” in the many great houses available to act as setting here in Newport.

Many other films used lesser known setting in and around Newport and elsewhere in Rhode Island to take advantage of film tax credits provided to movies produced in part of whole here in the state. These include 27 Dresses (2008), Me, Myself, and Irene (2008) (produced by the Rhode Island born Farrelly Brothers), Moonrise Kingdom (2012), Irrational Man (2015) are among the many movies that use Newport and other Rhode Island settings more or less invisibly.

Perhaps my favorite movie scenes using Newport settings as a backdrop are the movies that are actually about Newport. The 1988 production of Mr. North (with Robert Mitchem and a young Anthony Edwards), the 2007 production of Evening (starring Claire Danes, Meryl Streep, and Streep’s daughter Mamie Gummer), and (of course) the 1956 musical High Society (starring Grace Kelly, Bing Crosby, and Frank Sinatra) are three favorites that are both about Newport and filmed using Newport as the backdrop. 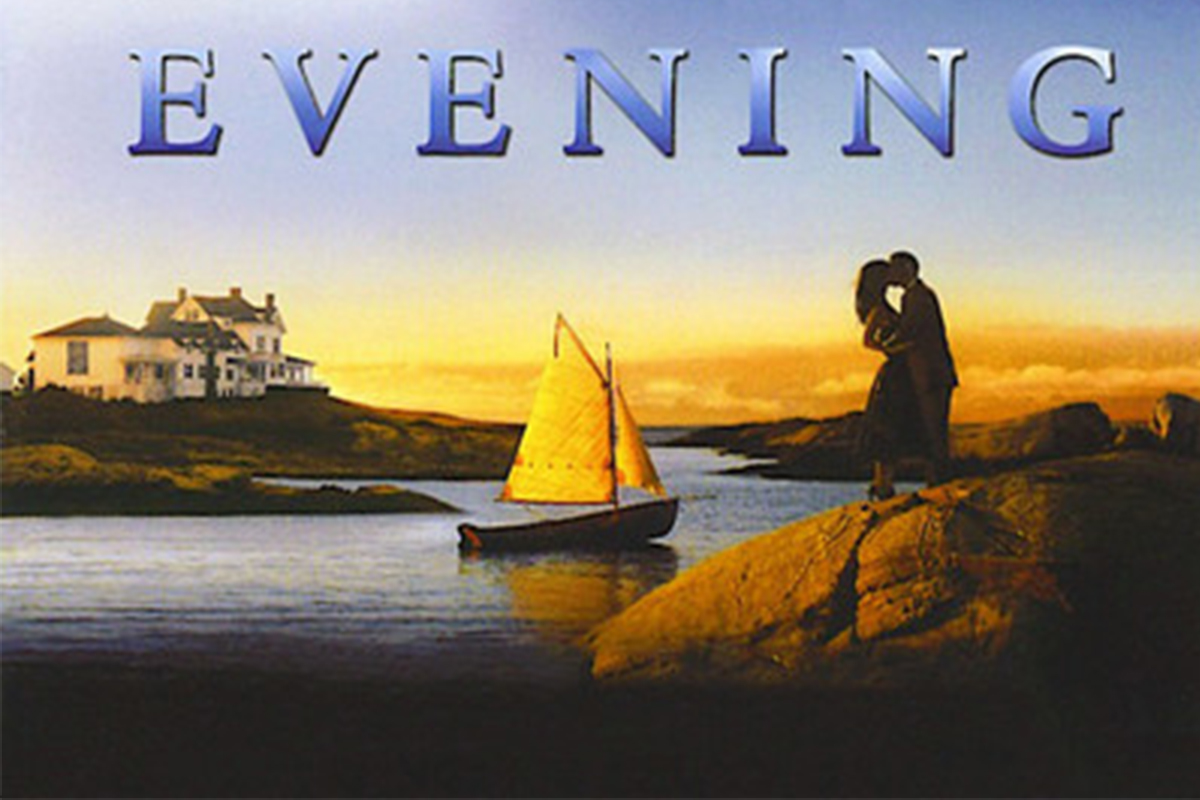 Whether for a grand epic or an intimate romance, a rousing musical or a classic period drama, it seems that Newport’s architectural assets are perfectly suited to set the stage for the action. Walking around Newport, because so many of the buildings are from other times and are on grand scales seldom seen elsewhere, really feels like a movie set for those that visit the “City by the Sea” from elsewhere. With each new movie made here, the unique architectural treasures are captured on film to hopefully endure for eternity. Katherine Warren, who was one of the founders of the Preservation Society of Newport County (PSNC), astutely observed in 1954 that “Newport has oil in its backyard and its oil is its old buildings” making an analogy to hidden resources. It turns out she was right and perhaps those assets are even more sustainable than oil buried in the ground.