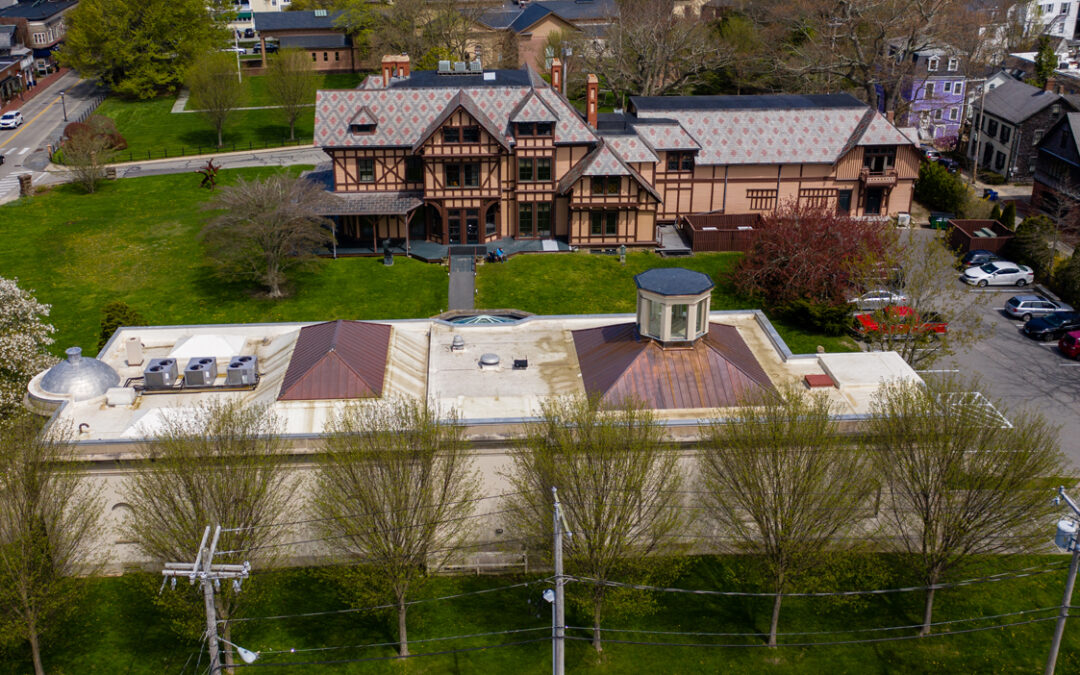 Architecture began when primitive mankind put a branch between two posts and then hung it with leaves to try to keep the rain out. Some of the Iroquois Long Houses were just long branches bent into an arch and then covered in bark. The desire to keep the water out and the heat in is a battle that humankind continues to fight this very day.

The issue of roofs is essential to the success of just about every piece of building ever created. Water, once it gets inside a building, causes deteriorization of materials and insulation. Heat, which has been precious from the early days of the human settlement of cold regions, is something humans have tried to hold on to carefully in their buildings. Heating a building by cutting a log in a forest and burning it after it has been split and carefully seasoned teaches one about the precious value of fuel and heat. 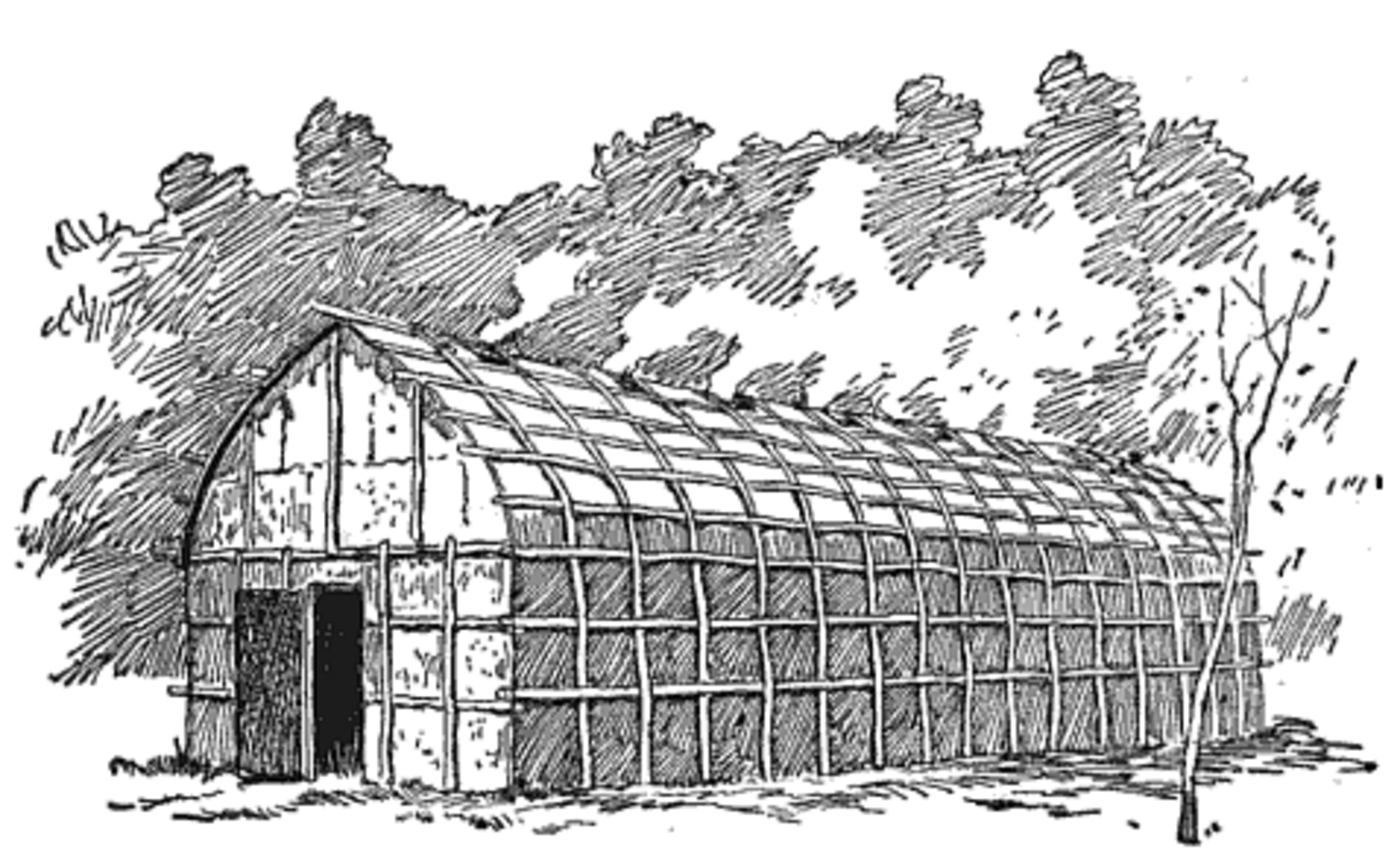 At A4 Architecture we have had the opportunity to be involved directly and indirectly in the replacement of roofs on some of Newport’s landmark structures like the JNA Griswold House, the Cushing Gallery, Marble House, and the buildings of the Newport Casino. In helping specify and oversee the restoration of these roofs we were not only extending the life of those irreplaceable buildings but also help preserve and protect the invaluable interiors and contents of these structures.

With historic buildings the question is how much to maintain and how much to change. Technology has advanced tremendously since many of these structures were originally built. With JNA Griswold House the elaborate pattern of slate was clearly considered a “character defining feature” but an applied membrane was added beneath the new slates to provide an extra layer of waterproofing.

At the Cushing Gallery of the Newport Art Museum the roof was failing, causing water infiltration to the building and the art within. A ballasted black rubber roofing that had been added in the 1970s was replaced with new tapered insulation board and white EPDM heat seamed membrane. This had the benefit of reflecting light energy back into space from the building thereby lowering the expansion and contraction of the roof. The copper and wooden cupolas, which were character defining features visible from below, however were replaced with carefully crafted replicas of each of those features. 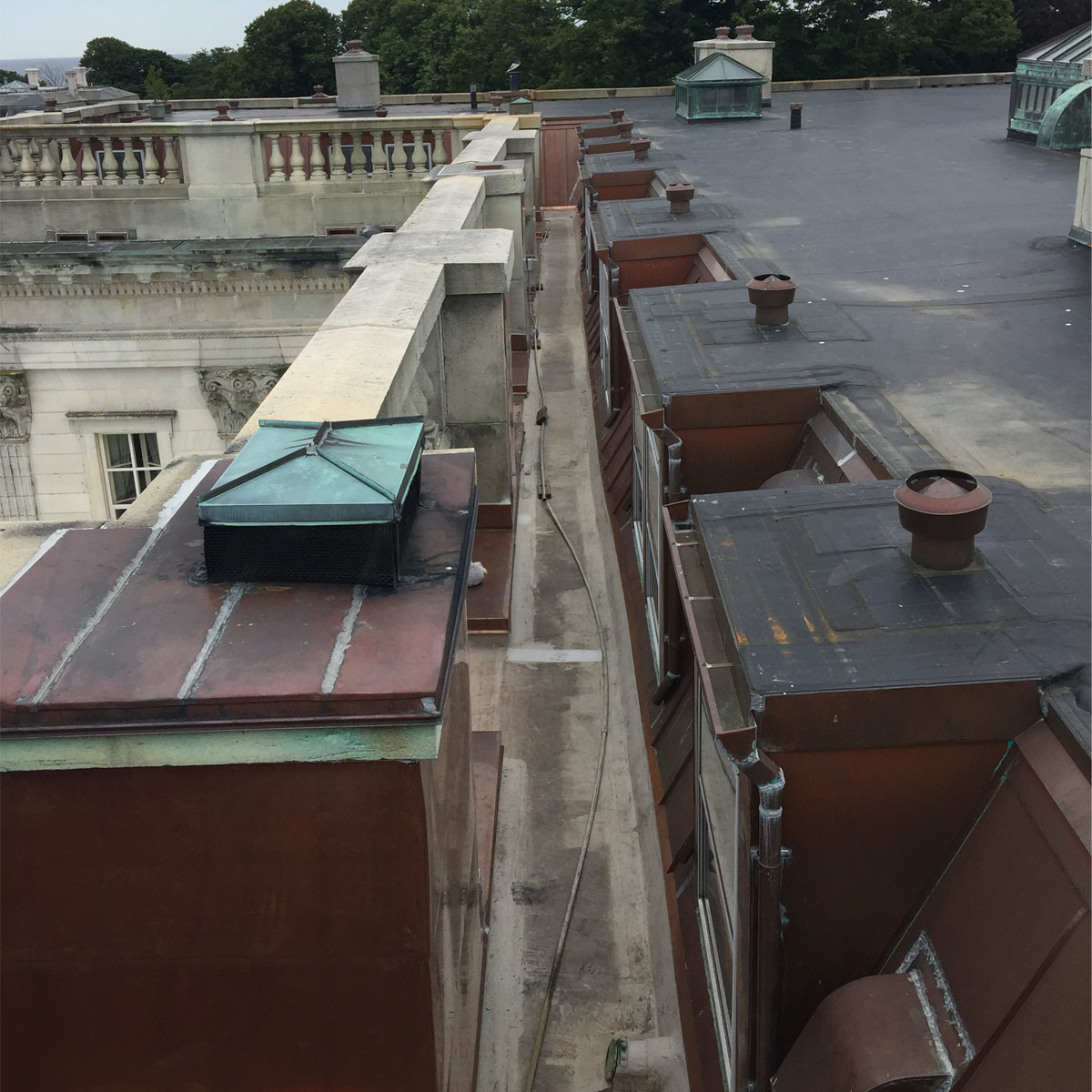 At the Marble House, designed in 1886 by Richard Morris Hunt for Alva Vanderbilt, the roof is actually made of three distinct features: a flat upper roof, a copper mansard which contained the spaces for the house’s servants and a four foot white gutter which collected and expelled the water. Recently completed thanks to the generosity of the Preservation Society of Newport County’s donors and a “Save America’s Treasures” matching grant, the new roof is ready to protect the building and its contents for the next 50-100 years. Advances in technology were applied where they could be done so invisibly and the original materials were used where it was appropriate to do so visually and functionally.

The first and second rules of building are to “keep the water out” and “keep the heat in.” As long as there is rain, snow, heat, and cold, the issue of roofs will remain central to the performance of buildings. The key is to perfectly balance the aesthetic and functional requirements so that a building will look as beautiful as it performs.

Looking to design or remodel your building to its fullest potential? Let’s discuss your ideas.