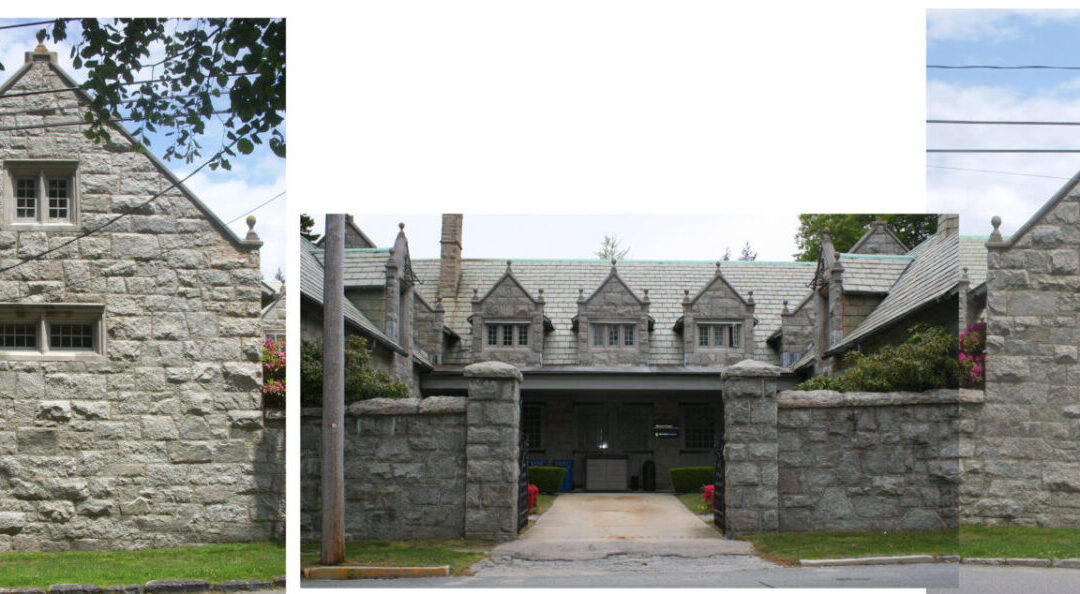 In Newport Rhode Island we do not only have the great Gilded Age houses. We also have a wide variety of accessory buildings that were a part of these estates including Gatehouses, Gardener Cottages, and Carriage Houses. As it has been noted in previous articles, many of the grand houses became “White Elephants” in the period following World War I and the Great Depression as income taxes rose sharply and the number of people available to work as servants in these enormous houses decreased greatly. In Newport many of these large houses were converted into schools or condominiums or (sadly) were torn down altogether to make room for suburban development. Most tragically, some great Newport mansions were demolished in the 1950’s simply to decrease the taxes on the property. The accessory structures to these properties, however, were very attractive for reuse and habitation. They had all of the charm and character of the larger historic structures but were not so large as to require an army of servants to clean, garden, and keep them in operation.

The most desirable of these accessory structures were the carriage houses. Personal carriages were once a symbol of tremendous wealth. They were luxurious, chic and gleaming objects to showcase in public. They of course required trained horses and therefore stable hands and paddocks and stalls for the horses too. Sometimes these carriage house buildings were on the grounds of the estate (as was the case of the Elms, Oakwood, and Ochre Lodge carriage houses), but just as often they were located nearby the main house. Many of the Bellevue Avenue estates had their carriage houses located on Coggeshall Avenue, which runs parallel to Bellevue. Some of these structures were rather extraordinary in size themselves. For instance, the carriage house for the Breakers is more than 14,000 square feet in footprint and contained 26 tie stalls, 2 box stalls, room for a dozen carriages suitable for every possible occasion and accommodation for a head coachman and 12 grooms and stable boys. The head groom alone was supplied with a five-room apartment within the structure. 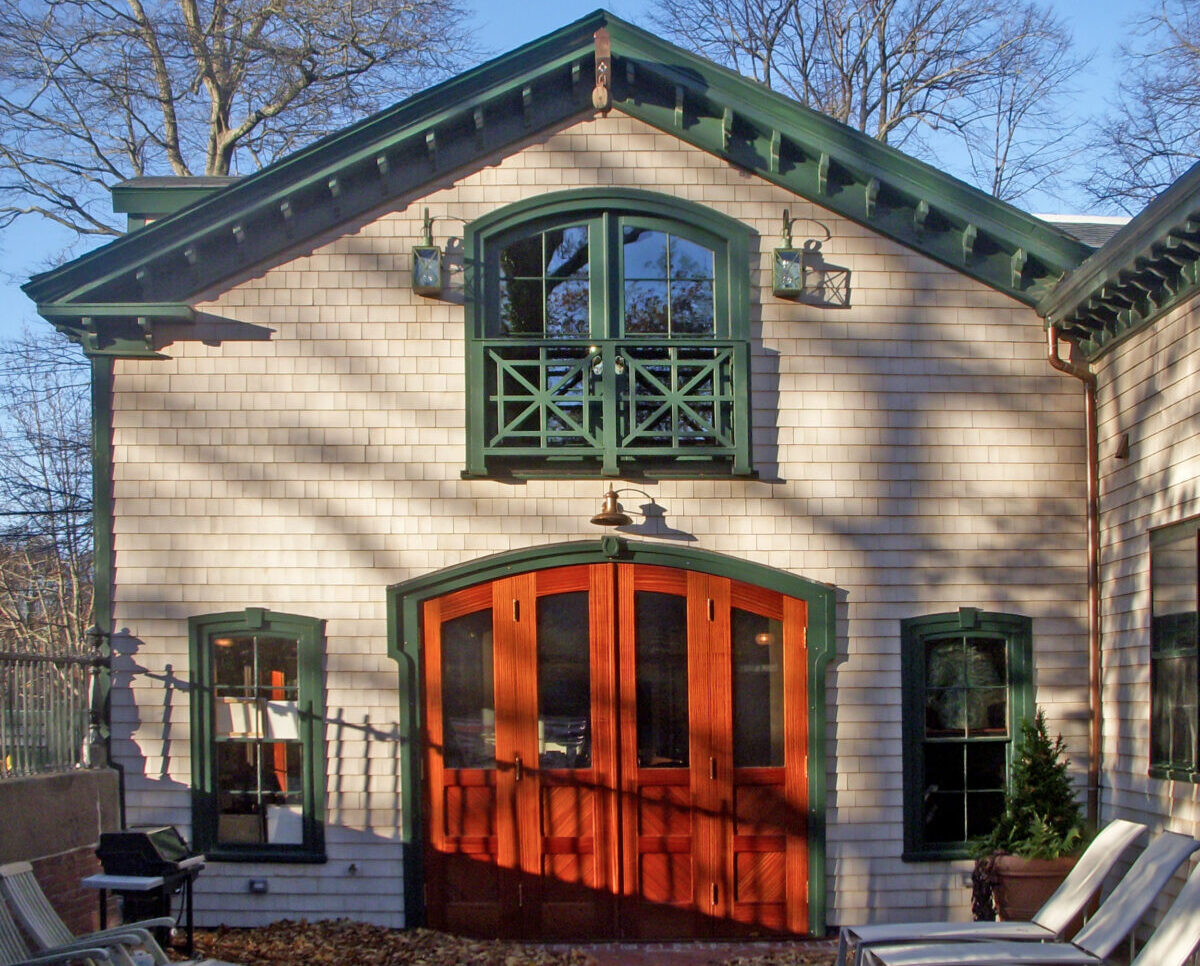 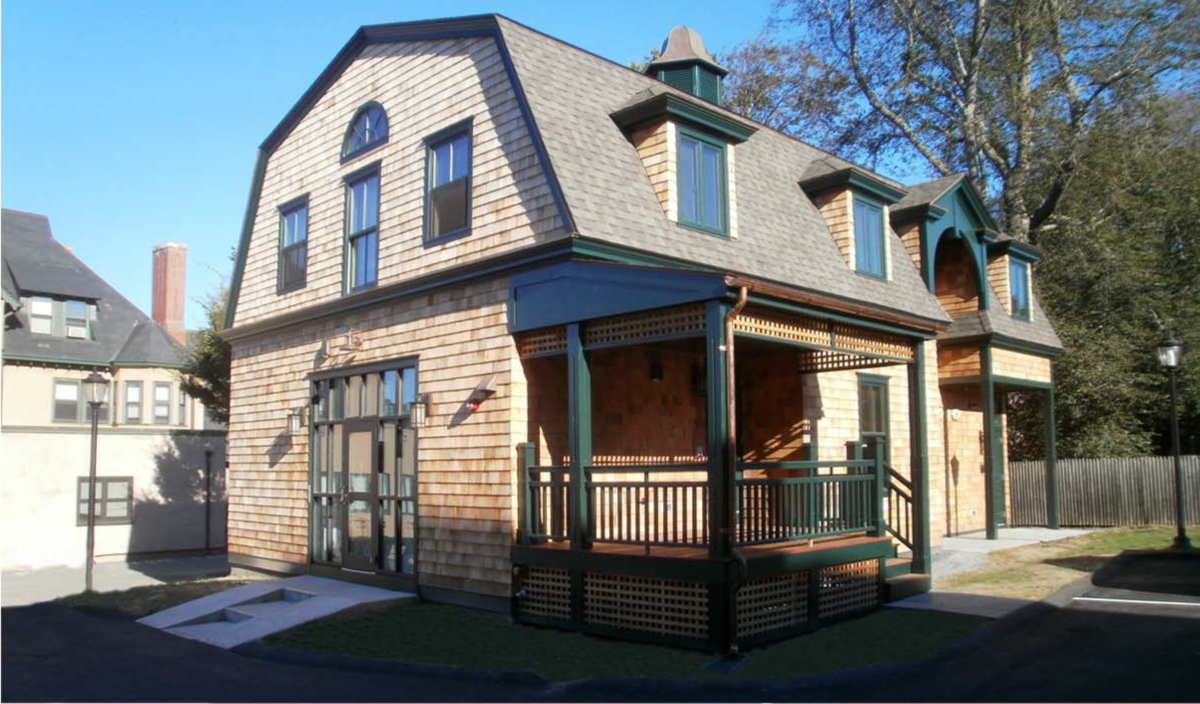 What is interesting and wonderful about the carriage houses is that the exteriors were often designed in an elaborate style that would perfectly match the design of the main house but the interiors were made to be pragmatic and durable.

The ground floors were often made of slate, brick, or concrete that was patterned, sloped and drained to help guide the water used to clean the horses and coaches back out of the building. Most of the interior walls were made of bead board or v-groove wood slots for both easy cleanability and exceptional durability. The ceiling, especially on the ground floor, needed to be high so that the coaches could be attached to the horses and driven out when they were called for by the occupants of the main house, and so these structures have a certain natural spatial and architectural grandeur to them

Today these carriage houses have in many cases become mansions in their own right as they are often 5,000 to 7,000 square feet in size, if not even larger. They have the spirit and historic detailing and authenticity of other buildings constructed in the late 19th century. This is the period when America had grown wealthy enough for individuals to be able to afford personal carriages but before the time of the internal combustion engine. Once the automobile came into wider use, the need and expense of the horses and large staff associated with their care went away. The carriage houses became garages or residences. 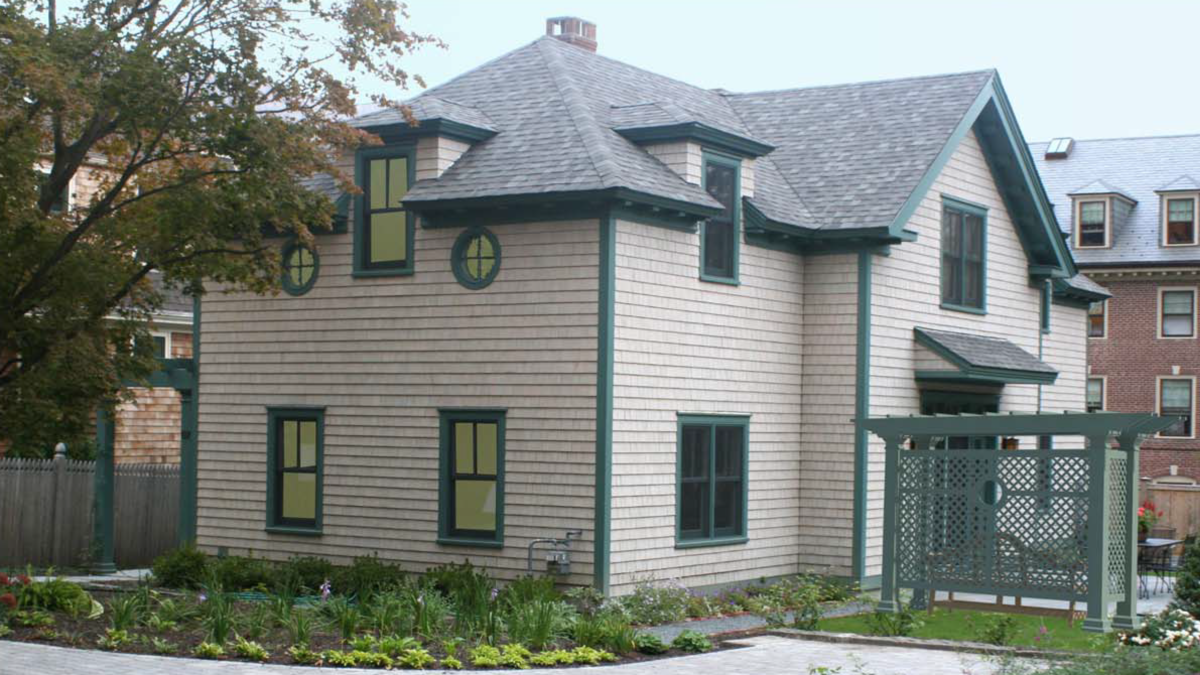 We are currently experiencing higher gas prices due to foreign wars but the cost to drive a single mile during the age of the carriage must be twenty dollars or more in current terms rather than the twenty cents of gas the average car uses to travel the same distance. While we now enjoy the convenience and cost efficiency of automobiles and their compact garages, in those communities that flourished during the Gilded Age, like Newport and Providence, we can still observe and enjoy the beauty, grandeur, and luxury of the bygone Carriage House!

This article was inspired by the inquiry for an article about 1800s Carriage Houses by Jamie Forbes for Redfin.

Ross Cann, RA, AIA, LEED AP, is an author, historian, and practicing architect living and working in Newport, RI. He holds degrees with honor in Architecture from Yale, Cambridge, and Columbia Universities. A4 Architecture has been privileged to restore, adapt or create dozens of carriage houses since the company’s founding in 2004.