The world is in trouble. The only question is just how much trouble. This past week, the United Nations panel on climate change announced to the world the reality of the climate crisis we are facing now and in the inevitable future. The Intergovernmental Panel on Climate Change (IPACC) confirmed that greenhouse gas levels are high enough to guarantee changes in the earth’s climate. The world will continue to see more and more deadly heat waves, disastrous hurricanes, larger forest fires, and many more hazardous consequences. The UN report, which is compiled from more than 14,000 scientific studies, points to the undeniable truth that humans are “unequivocally” the reason we are at this breaking point and need to make immediate changes.

If large-scale emission reductions are not taken now, the earth will reach the1.5C warming threshold within 20 years. This means we will exceed the noted highest and last point the earth can warm before environmental chaos and global suffering. The global temperate has been rising since the industrial age where excessive consumption and using fossil fuels became common human practice. The global temperature has already rose 1.1C in the past decades, which has been enough to cause massive heat waves and rapid wildfires. With temperatures risen even higher, scientist fear people could be at risk even as they walk outside. 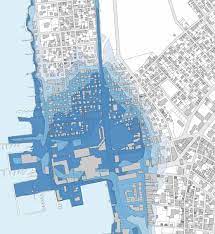 Sadly, permanent damage has already done and there are not many solutions to combat the consequences. Greenland’s giant sheet of ice has and will continue to melt, ultimately warming the oceans and making sea levels rise. If there are not drastic global actions to cut emissions, it is likely the earth will warm beyond repair at 2.0C above by 2040 and a predicted 2.7C by 2060, the warmest temperatures in approximately 3 million years before. It could get even worse—current warming could trigger other carbon releases such as the Arctic permafrost melting, and exacerbate the speed of the earth overheating into this century.

This however does not have to be the reality. Climate change has in fact happened and will continue to occur, but with commitment and dedicated actions to cut emissions and lower greenhouse gas rates, we can slow the trajectory of the climate. Leading countries such as the United States, China, and India need to commit to slashing emission rates. This is essentially the last chance to slow the warming of the earth and alter the upcoming consequences we continue as we are now.

The question is no longer: “Should we do this or should we do that?”. The question is no longer “should I fight climate change or is that your job?”.  The answer is “all of the above”. In order to avoid the most devastating effects of climate change and the mass migration, famine and war which will inevitably be the result, all countries and all people must do everything in their power to counteract the current levels of hydro carbons being emptied into the atmosphere, starting today and until we reach a leveling and hopefully have a reduction of these concentration levels in the future.

Fortunately there is much that can be done. As LEED Accredited Professional, A4 Architecture has been trained to build extremely energy efficient structures that use advanced technolgies host heating, cooling, and water management. Although these are not the “sexiest” of renovation and innovations since so much is invisible to the eye, they do have outstanding Return on Investment (ROI) potential and will save many times their cost over their life of the building. And since the effects of climate change are now inevitable efforts must be made in new construction and renovations to be more resistant to these effects. A LEED AP architect can help show you how. As the IPACC report states the world is now at “Code Red.” The time to take action is now.