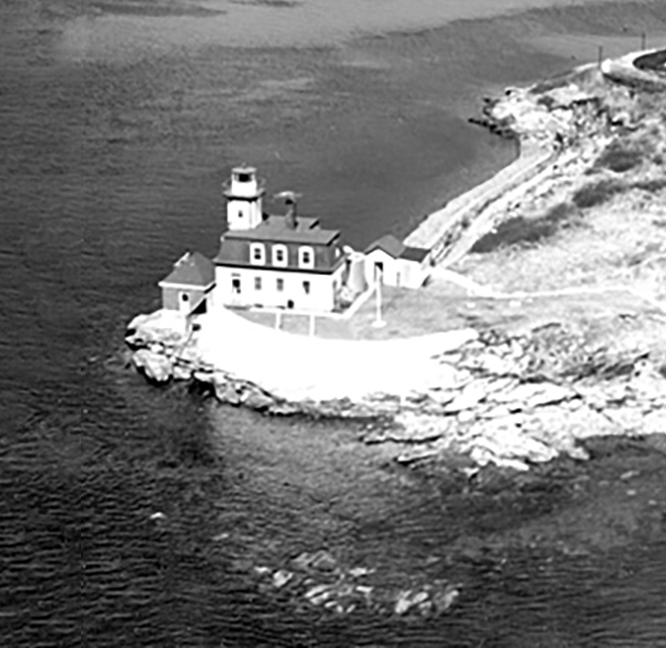 There is one kind of building type that is only found along the coastlines of the world: the lighthouse. From the earliest days when the great lighthouse at Alexandria was considered one of the great wonders of the ancient world, to the present day, these buildings have held a mystique that few other types of building have. In Rhode Island, the state with more salt water coastline per square mile of area than any other in the union, there were once thirty lighthouses in the state according to the Rhody Lights Facebook group run by lighthouse afficionado Jan Slee of Newport. While these lighthouses have all been automated, or adapted for other uses like the conversion of the Lime Rock lighthouse into the Ida Lewis Yacht Club, these structures are an important part of the architectural history and heritage of the communities in which they exist. 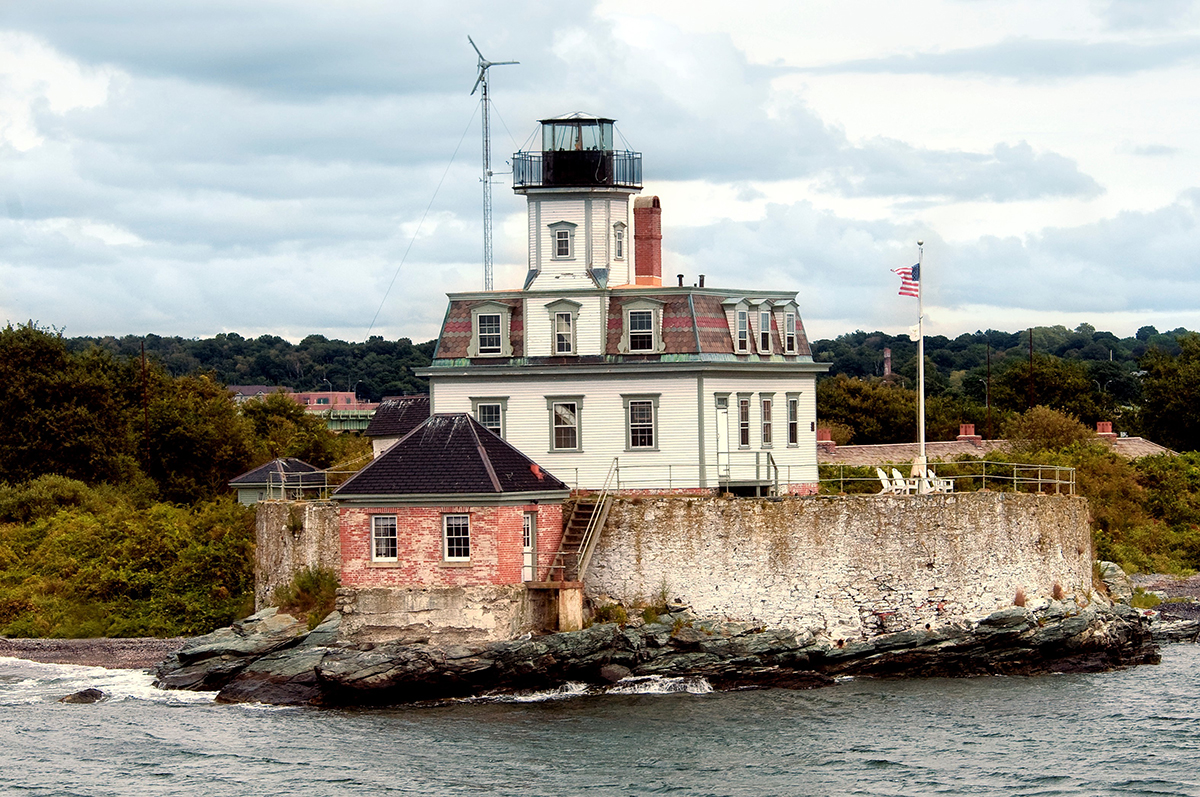 The Rose Island Lighthouse is the largest of the four lighthouses that line the shores of Newport, Rhode Island. Each of these lighthouses were built during the mid-1800s as a means of warning mariners of shallow or rocky areas and guiding them safely to their destinations. At time the fog on the bay is so heavy that you can barely see twenty feet in front of the boat and all sense of direction is lost. The bright light that these lighthouses projected were essential to keeping vessels from running aground on the rocky shoals that line the coastline at many locations

The lighthouse on Rose Island, located in Narragansett Bay off Newport’s west coast, can be seen by visitors looking south as they cross the Newport Bridge. The wood structure was built in 1870 and rests on a masonry foundation. The lighthouse’s placement on a bastion of Fort Hamilton, an early United States military fortification, places its beacon 48 feet above the sea level. 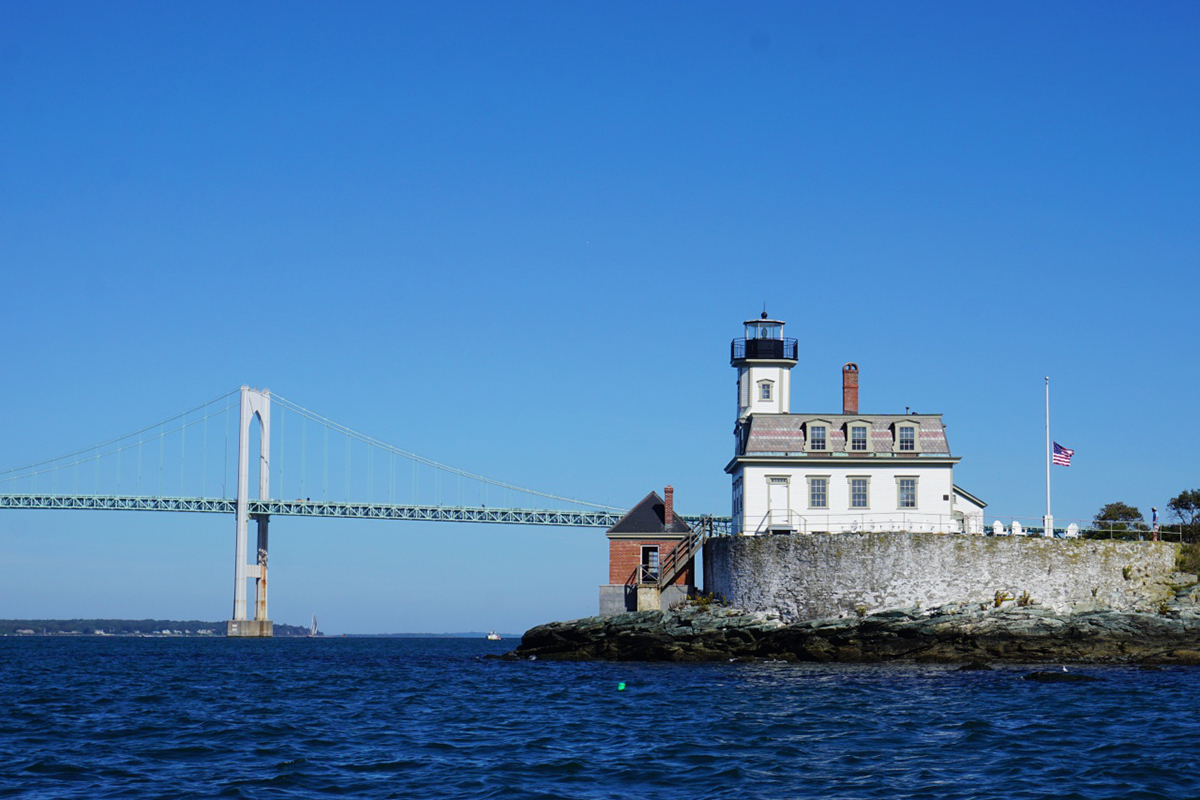 The architect, Albert Dow, is responsible for the design of this and four other New England lighthouses. The Rose Island light rests upon an octagonal wood tower which is mounted on a 2-story Second Empire-style house. Two other brick buildings surround the lighthouse and function as oil storage and a fog signal. Upon the construction of the Newport Bridge in 1970, the lighthouse was abandoned as a functioning lighthouse. For fourteen years the building was neglected and fell into a state of dilapidation. It was not until 1984, when the Rose Island Lighthouse Foundation was formed, that the lighthouse was restored as a means of historic preservation for the City of Newport.

The lighthouse’s newfound position as a historic Newport structure granted the building a place on the National Register of Historic Places. In 1992 the light was relit for navigational assistance. Now, the Rose Island Lighthouse acts as a marvelous sightseeing destination for Newport’s many visitors from Memorial Day through Labor Day. The lighthouse also operates as a living museum, where for a fee visitors can stay in the building overnight or reside for an entire week and act as a lighthouse keeper, completing the many duties required to maintain the lighthouse’s excellent condition. 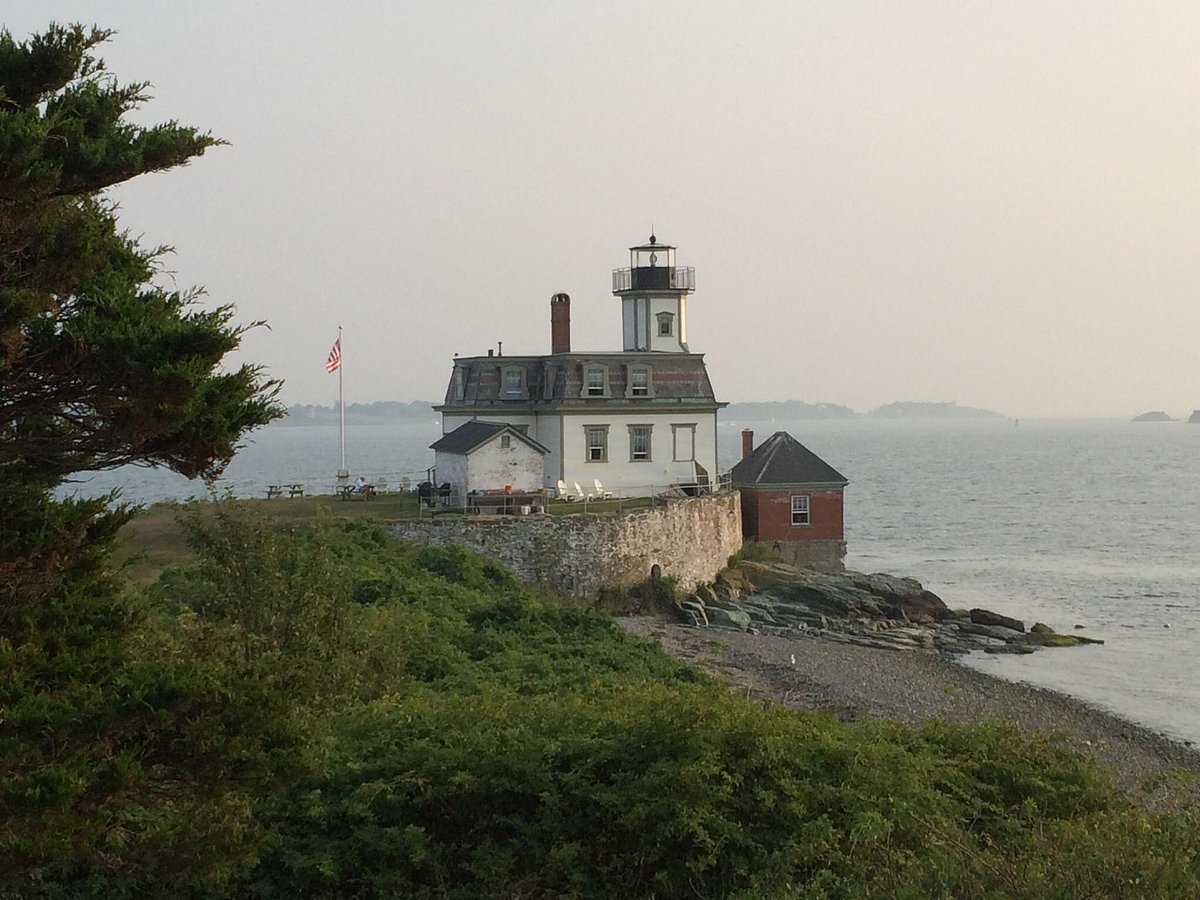 Lighthouses have captured the imagination of not just architectural historians but people in general who reflect on the service that lighthouse keepers provided to the United States during a period of rapid growth in transport and trade during the mid to late nineteenth century, which is often called “The Gilded Age.” By tending the lights, often located in lonely and isolated locations they keep the mariners that they would never meet safe. At Rose Lighthouse in Newport, thanks to the Rose Lighthouse Foundation, you can still experience what this life was like for a few days or a week, and step back in time.