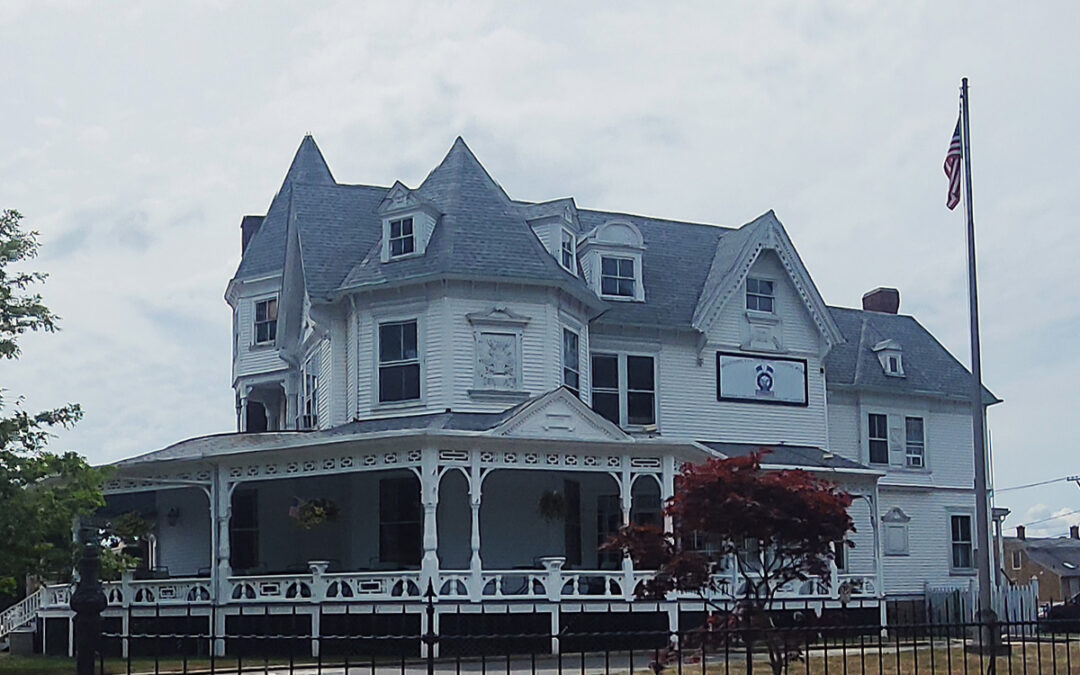 Parkgate, located at 141 Pelham Street, was designed by Newport architect George Champlin Mason Sr. Sitting at the corner of Pelham and Bellevue, the site has a rich historical past.

In 1844, the site was home to The Atlantic Hotel. During the Civil War, between 1861 – 1865, the hotel was utilized by the United States Naval Academy. In the beginning of the War, the Naval Academy was moved to Newport from its original home of 15 years in Annapolis, Maryland to move further from potential invasion. The founder of the Academy, George Bancroft, spent summers at Rosecliff, down the street from the hotel on Bellevue Avenue. Superintendent Captain George S. Blake made the final call to move to a northern state as it was not safe for the Academy since Maryland shared a border with Confederate States. The townspeople welcomed Captain Blake and his staff on May 8, 1861, into Fort Adams with a musical welcome and a 24-gun salute. 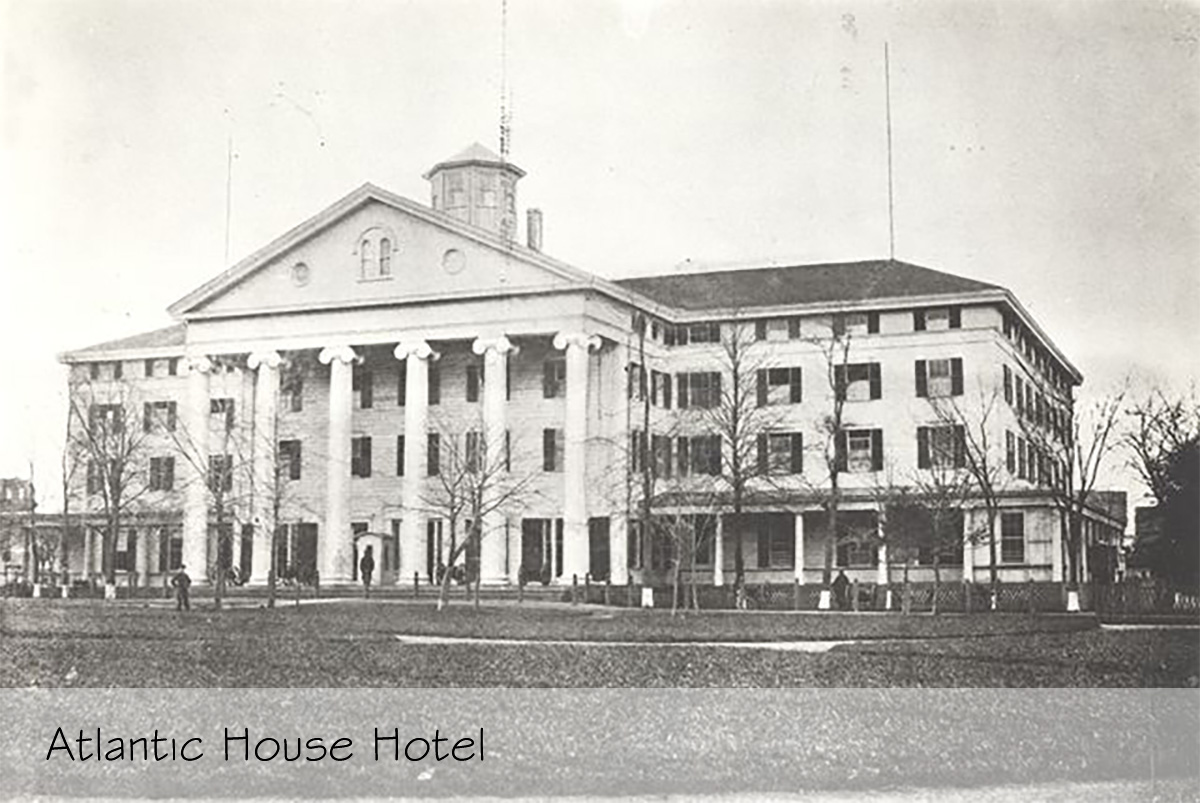 Four years after the move, once the Civil War ended, and the Naval Academy headed home to Annapolis on August 9, 1865, where it has remained ever since.

After the departure of the Naval Academy the hotel was returning to normal operations. In July 1866, management was in contact with American Inventor, James Plimpton, about the possibility of building a roller rink at the hotel. Within the next month, on August 11, 1866, the hotel featured the very first roller skating rink in the United States, and one of the first Roller Rinks in the world. Roller Polo tournaments were held on site, which is one of the first sports to mix sticks with roller skating and is the ancestor to ice hockey which was first played in 1875.

The Atlantic House Hotel was demolished in 1877. Parkgate, was constructed on the site, was designed by Newport’s first resident architect, George C. Mason & Son, in 1879 as a summer home for Philadelphia manufacturer Seth B. Stitt. The Mason design is typical of the “Queen Anne” style featuring the asymmetrical façade and the wrap-around front porch. The overhanging eaves, and polygonal tower are also grand gestures that are typical of the style. Even the small details are indicative of the Queen Anne Revival Style. The dentils, spindle work and painted balustrades that are seen in Parkgate show off the ornate intricacy of this Victorian Era Style. 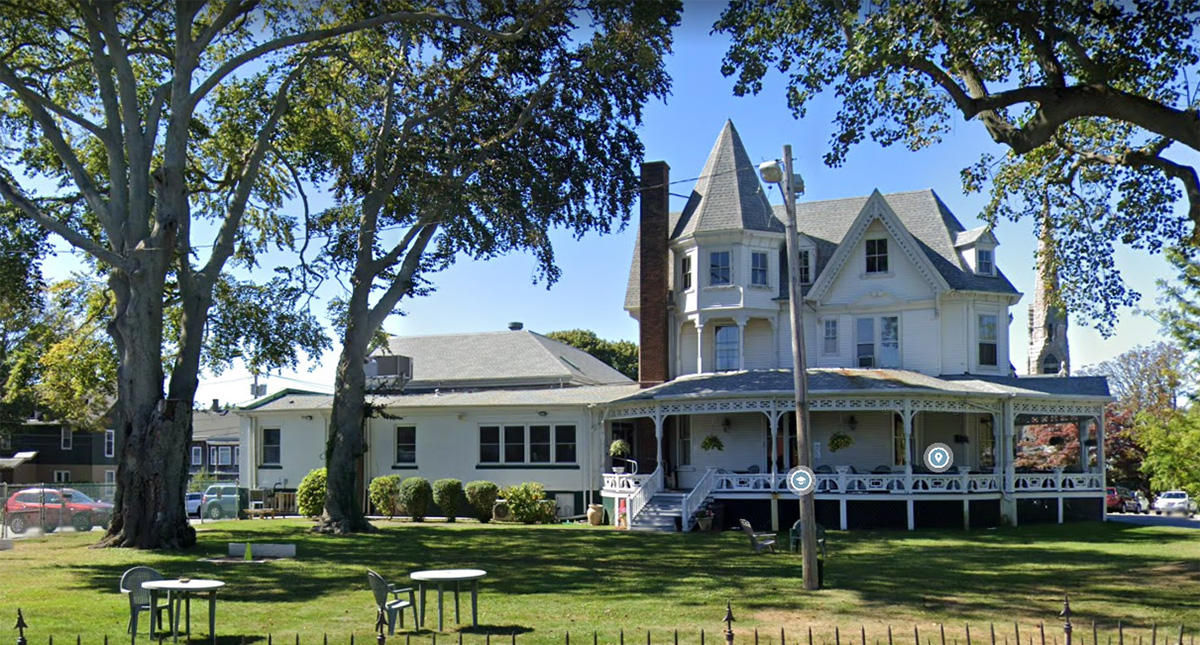 George Champlin Mason Sr. popularized the Queen Anne style and brought it here to Newport. It is very popular during between 1860 to the 1880’s and the 1920’s.

In 1920, the site was purchased by the Benevolent and Protective Order of the Elks and became Elks Lodge #104, and serves that purpose to the present day. The organization works in the community to make it a better place and give opportunity where it can be improved upon, and the building serves as a club and meeting place for its membership.

Overall, 141 Pelham Avenue’s site has evolved overtime. From functioning as a hotel, to hosting the Naval Academy, then becoming the first roller rink in the United States and then firmly becoming a clubhouse to the Elks. Similarly, the evolution of the buildings on the site shows the evolution of architecture both in Newport and the United States. The site was no doubt originally occupied by small Colonial Era houses which were demolished to make room for the classically inspired Atlantic Hotel during Newport’s rise as a tourist destination. Finally, as Newport became a destination for wealthy individuals during the gilded age it was made into a grand single-family residence by George Champlin Mason. Finally, as Newport’s fortunes changed with the ending of the gilded age the building was repurposed for community use as the Elks Lodge. The story of architecture often mirrors the stories of the cultures that create that architecture. 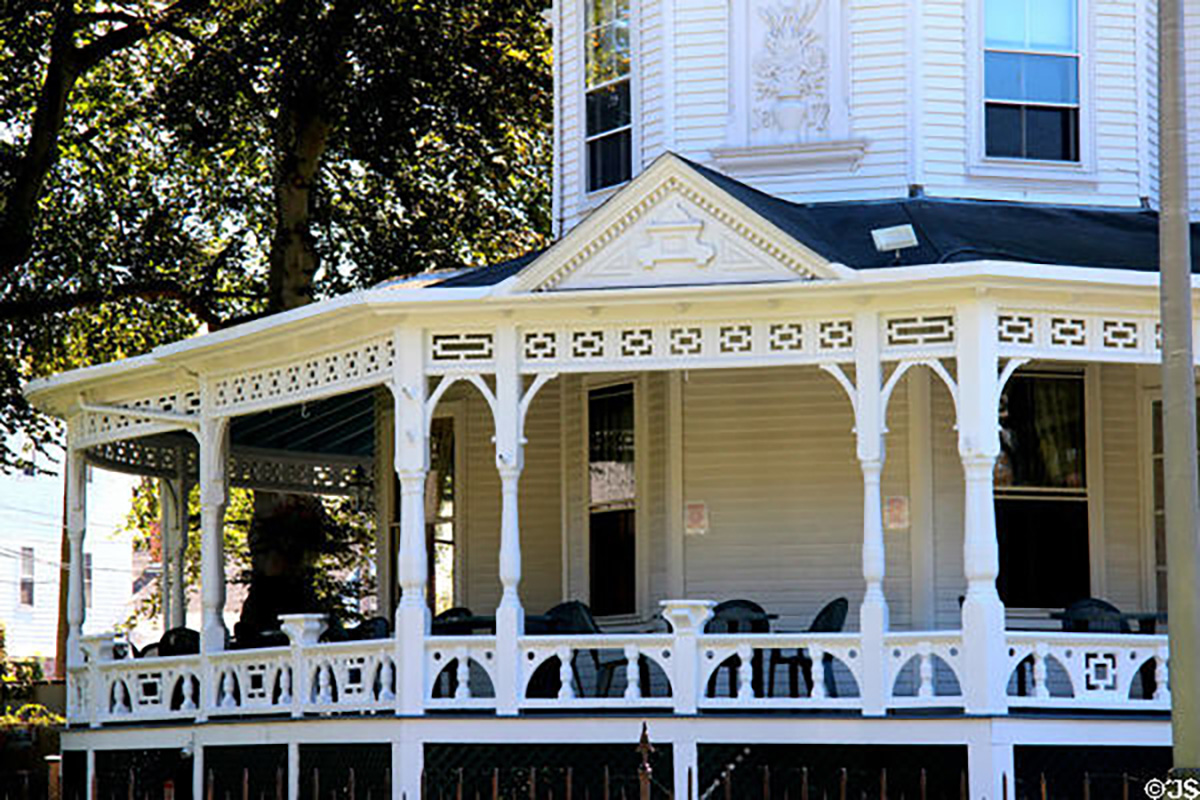