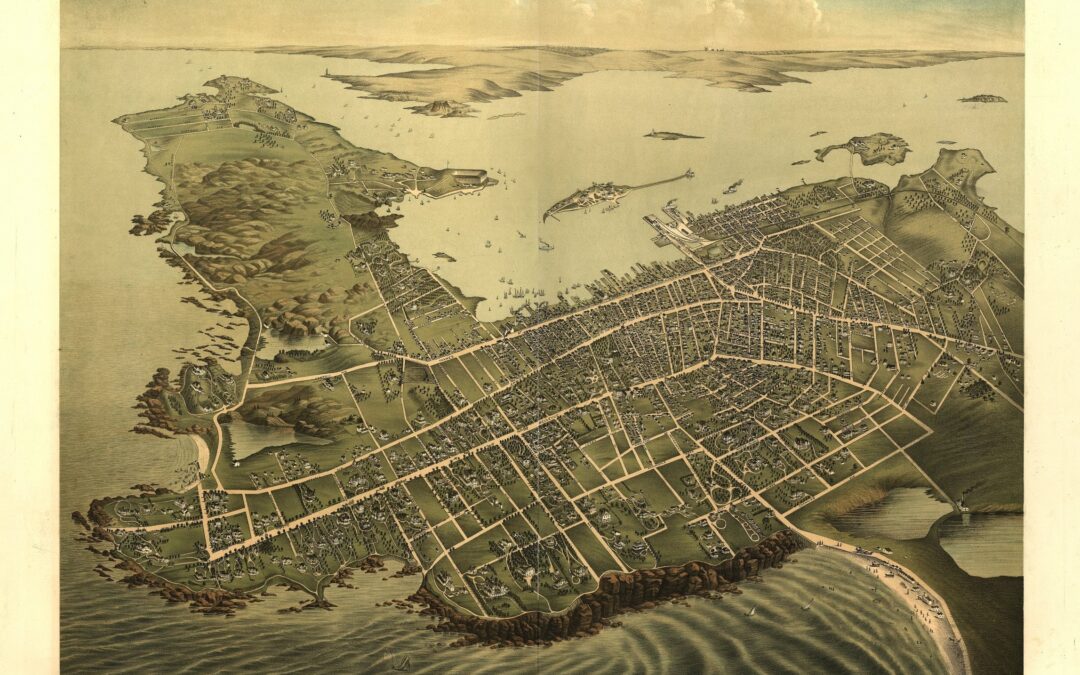 The fourth annual Newport Architectural Symposium, which was held here last Saturday, focused on the creative interaction between the noted American author Edith Wharton and architect and designer Ogden Codman. These two artistic giants began their careers in Newport, where Codman designed the interior of Land’s End, Wharton’s home on Ledge Road.

The sold-out symposium began with lectures on various aspects of the creative interaction between Codman and Wharton. Richard Guy Wilson, professor of architectural history at the University of Virginia, said that their first project together was writing “The Decoration of Houses.” This book became a surprise bestseller and was an important work in both their careers.

The second lecture, by Camille Arbogast, researcher, and curator at the Brookline Historical Society, included highlights of Codman’s and Wharton’s forty years of correspondence. Letter to one another and to others was presented in a dramatic reading to give the audience the flavor of the passion, frustration, friendship, and occasional animosity that the two felt for each other.

In the final lecture, Pauline Metcalf, the editor of “Ogden Codman and the Decoration of Houses” discussed Codman’s last work, La Leopolda in Ville Franche on the French Riviera. Both Wharton and Codman migrated to France late in their careers. By the time Codman designed Villa Leopolda for himself, he was a wealthy widower and wanted to design an estate that would fulfill the artistic vision that his clients would never fully support. Villa Leopolda last reportedly sold for 370 million euros in 2010.

The symposium shone a light on the careers of two people who helped to shape the aesthetic and literary direction of the nation and, to a degree, the world. Following the morning lectures, the participants retired to the horseshoe piazza at the International Tennis Hall of Fame & Museum. Eating a sumptuous lunch on the same porch where Wharton and Codman had undoubtedly met many times, and looking out on the buildings and grounds of the Newport Casino, many of the symposium attendees felt transported back to the time when Wharton and Codman were young intellectuals first meeting during the Newport summer season of 1890.

Later, the symposium attendees visited some of the important Codman-designed interiors and architecture existing in the present day. Paul Miller presented a private room designed at The Breakers in exceptional detail. The Breakers project was an important one that helped Codman become respected and widely recognized. At Ronald Lee Fleming’s Berkeley Villa (originally named the Martha Codman House as it was designed for Codman’s wealthy aunt), symposium participants got to see the extraordinary Adamesque domed atrium concealed within the Colonial Revival exterior. They also explored the grounds, where landscape elements from other Codman estates have been replicated by the current owner to provide a rich setting for the structure. At the Harold Carter Brown House on Bellevue Avenue, Stephen Rosasco, a craftsman with a strong connection to the Vernon Company, which executed much of the interior design in the house, served as a guide for the visiting scholars, architects, and patrons and described some of the architectural and furniture restorations now underway.

The symposium has had a waiting list each year since it was established in 2010, and each year the participants have come from far and wide to not only hear experts on Newport’s greatest architects but also for the chance to visit some of the best buildings by those architects. Doug Stark, Museum Director at the International Tennis Hall of Fame & Museum, announced that the top for next year’s gathering will be the great architect Richard Morris Hunt. The date will be May 3, 2014, so do not delay reserving your seat for next year.

Ross Sinclair Cann, AIA, LEED AP, is a historian, educator, and practicing architect living and working in Newport. This article was initially published in ARCHI-TEXT, in Newport This Week, May 9, 2013.