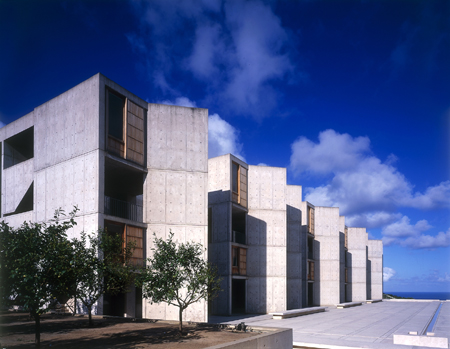 Newport is blessed with many beautiful and important structures which were built between the mid-seventeenth and beginning of the twentieth centuries. There have even been some great additions to the architectural fabric of Newport in the last few decades but during the middle of the twentieth century, the quality of architecture created on Aquidneck Island was generally pretty poor. To see the best examples of work that was being created in America during that period it is necessary to cross a bridge or two.

One of the most important architects of the mid-twentieth century was Louis Kahn. For the early part of his career, Kahn was primarily devoted to teaching and writing about architecture, first at Yale and later at the University of Pennsylvania. Although he did not really complete any major commissioning until he was given the commission for the Yale Art Gallery in 1951 at the age of 50, over the next 23 years he would create a body of work that was extraordinary and put him at the pinnacle of the American architectural movement. At age 73, while at the very peak of his creativity, he died unexpectedly while returning from supervising the construction of the enormous capitol building of Bangladesh that had begun under his design. At the time of his death, the British Art Center at Yale was also under construction directly across from the Yale Art Gallery, so on one city block sit the bookends of his extraordinary (but relatively brief) career. 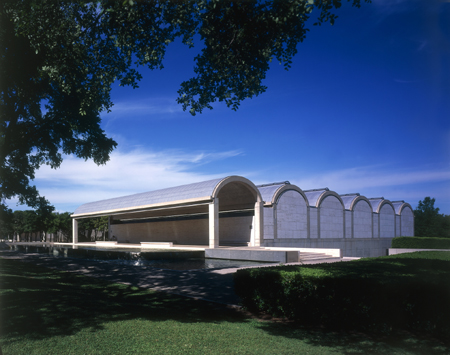 It has been said that Kahn’s buildings look as if they might have been built a thousand years ago or, perhaps, a thousand years in the future. There is a timeless quality of primary volumes, decorated primarily with subtle changes in materials and delicate shadow lines. The Yale Art Gallery and the British Art Center, although they stand at opposite ends of his career, both conform to this description.

As the first project in a proposed $500 million investment by Yale University, the Yale Art Gallery has just been completely renovated back to the state that Louis Kahn had envisioned it for more than half a century ago. Some of Louis Kahn’s ideas were so ahead of their time that the technology did not exist to properly build and detail them in 1951. The renovations conducted by James Polshek, who was one of Kahn’s students at Yale, and has become a world-renowned architect in his own right, has corrected these issues so in a way the building is more itself than it was even when it was first completed.

Across the street is the British Art Center, completed in 1974. It is the largest collection of British art outside the United Kingdom and is stored within the Kahn-designed building that was given the AIA 25-year award – a prize given to the one single building a year that has best withstood the passing of a quarter-century from an aesthetic perspective. The collection and building were given to Yale by the great philanthropist and Yale Alumnus Paul Mellon. This building looks as if it was built yesterday, both because the design seems to resist the fashion and faddishness of the time of its creation and because Paul Mellon was wise enough to give a large endowment to the building when it was built so that it would never suffer from he plight that plagues so many other non-profit institutions – deferred maintenance. 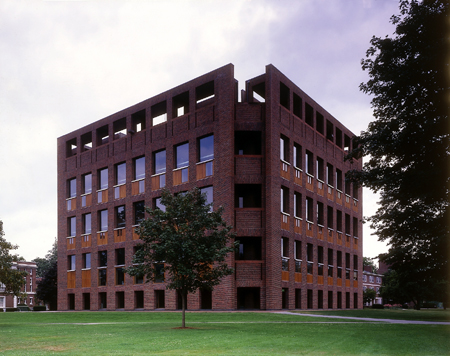 Ross Sinclair Cann, AIA, LEED AP, is a historian, educator, and practicing architect living and working in Newport. This article was initially published in ARCHI-TEXT, in Newport This Week, October 18, 2007.