A Walk Through Newport History 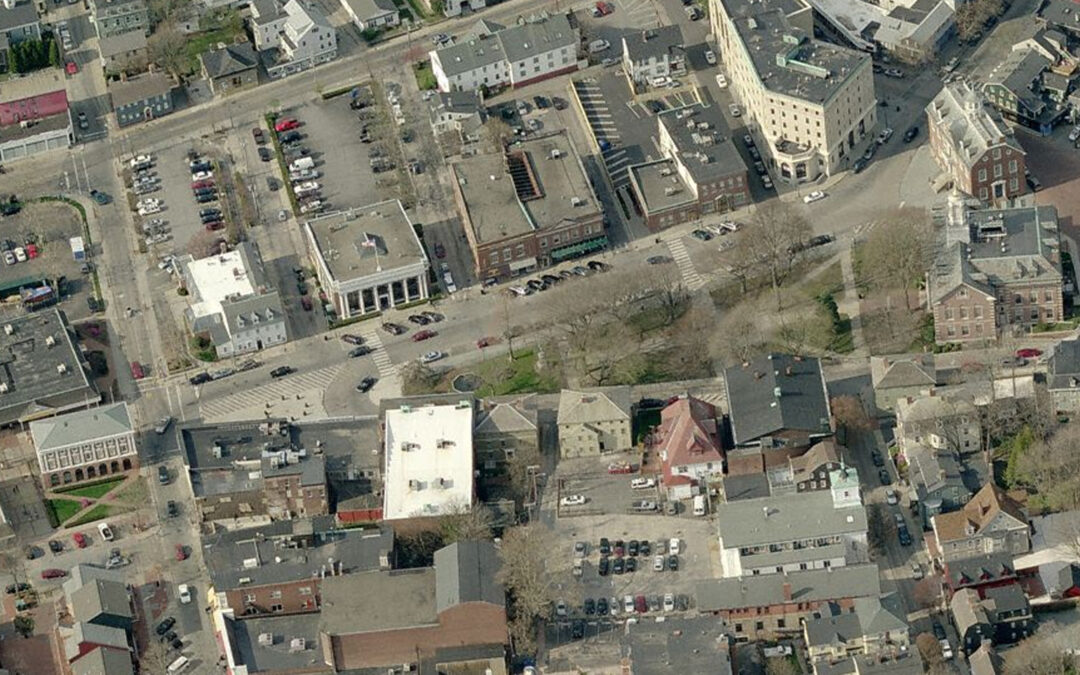 There are few places in America where a person can see more National Historic Landmarks and other seminal structures than in Newport, Rhode Island. In a 60–90-minute walk one can view important buildings from five different centuries. Although there are a hundred different routes you could take, here’s one that will pass many important buildings designed by some of America’s preeminent architects.

Start at the Wanton Lyman Hazard House (c. 1690), located at 17 Broadway. This is thought to be the city’s oldest existing house, and is a perfect place to begin a historic walk of Newport. It’s a typical structure from the Colonial period with only a few later modifications.

Proceed down Broadway one block to the back of the Old Colony House (1739), designed and built by Richard Munday. This was one of seven statehouses actively used for Rhode Island government until 1901, when the new statehouse was completed in Providence, and is where the court scenes were shot for Steven Spielberg’s film Amistad.

Turn right on Farewell Street and walk one block to reach the White Horse Tavern at the corner of Marlborough Street. Founded before 1673, this is the oldest operating restaurant in the United States, and was said to be favored by George Washington on his several visits to Newport during and after the Revolutionary War.

Across the street and visible from this same corner is the Quaker Friends Meeting House (c. 1699). This is one of many colonial houses of worship that served different faiths when Newport was one of the few places—not only in the colonies, but in the world—that enjoyed true religious freedom in the 17th century.

Turn left and walk down Marlborough Street two blocks to Cardines Field (1937), which is one of the oldest urban sports venues in the country and home to the Newport Gulls, a premier collegiate league baseball team.

Across America’s Cup Boulevard, which was built in 1979 as an urban clearance project, is the Gateway Visitors Center, built on what was once a marsh and later a train yard. Today it is where buses to other parts of the city, state and country arrive and depart.

Turn left and walk south one block to Long Wharf (c. 1650). Long Wharf began, as its name implies, as the main commercial dock where goods would arrive and depart from Newport. It was Newport’s main commercial axis and where George Washington and his entourage arrived in March 1781 to meet with the leaders of the French forces during the Revolutionary War. It became a pedestrian mall in the late 1960s.

Turn left and proceed east one block through the outdoor mall to The Brick Market (1772) designed by Peter Harrison, one of the colonial era’s foremost architects. This is the building where food and goods were brought from boats and sold to citizens of the town. Today it is a museum operated by the Newport Historical Society and is open to the public year-round.

To the east of this location is Washington Square (1640). Originally dubbed Queen Anne Square and renamed after Washington’s death, it was the commons for the Newport Colony and is still an important civic hub today. This area was also known as The Parade, as it is where civic marches and functions were frequently held.

On the right side of the park is the Newport Opera House (c. 1864). Newport has long been one of America’s foremost resort communities and musical performance was an important part of the city’s social life. This building was turned into a triplex movie theater in the 1950s, but is now being restored to its former glory.

Proceed east along Touro Street one block past the park to the Touro Synagogue (1763), which will be on the left side of the roadway at no. 85. This building was also designed by Peter Harrison and is the oldest synagogue building still standing in America. It is another reminder of the freedoms which existed in Newport during its early days of settlement, and were very rare at that time. Each year there is a public reading of a letter written by George Washington to the congregation of the synagogue proclaiming the importance of freedom of religion.

Walk three more blocks up the hill to the Redwood Library (1747) at 50 Bellevue Ave., which is yet another building designed by Peter Harrison. This is the oldest community library still occupying its original building in the U.S., and is one of the first examples of neoclassically inspired architecture built in North America. This building, which has been added onto many times over its history, still functions as a library and athenaeum, where lectures and other presentations are regularly held for the benefit of its members and the public.

Continue south another block to the corner of Bellevue Avenue and Mill Street. Mill Street is named for the Old Stone Mill (c. 1675) built in the center of Touro Park. This tower is one of the oldest structures in Newport, has often been the subject of poetry, legend and lore, and was perhaps Newport’s very first tourist attractions during the Victorian Era.

Directly across from Touro Park at 76 Bellevue Ave. is the J.N.A. Griswold House (1863), which is now home to the Newport Art Museum. This building was designed by Richard Morris Hunt. He was the first American to complete the architectural program at the École de Beaux Arts in Paris, which was the foremost school of architecture in the world during the 19th century. The house was sold to the Newport Art Association in 1915, so the building has only ever had two owners.

Walk another block and a half to the south to stand in front of the Newport Casino (1880) at 186–202 Bellevue Ave., now the home of the International Tennis Hall of Fame. This building was America’s first country club and the first building to be designed by the famous partnership of McKim, Mead and White, which was America’s preeminent architecture firm of the late 19th and early 20th centuries. This complex of buildings epitomizes the Shingle Style, which remains popular across America today.

Walk one more block to the south to Kingscote (1841) at 253 Bellevue Ave., designed in the Gothic Revival style by Richard Upjohn. Originally built for Southern plantation owner George Noble Jones, it has been enlarged several times and was renamed as a result. It is one of 10 properties owned by the Preservation Society of Newport County and is open seasonally for visitation.

Looking south from this point you will see mansions on either side of Bellevue Avenue (c. 1860) for the next two miles. This grandest of avenues is the by-product of the Gilded Age, a time of enormous growth (and display) of wealth in America—but that can be the subject for another walking tour! 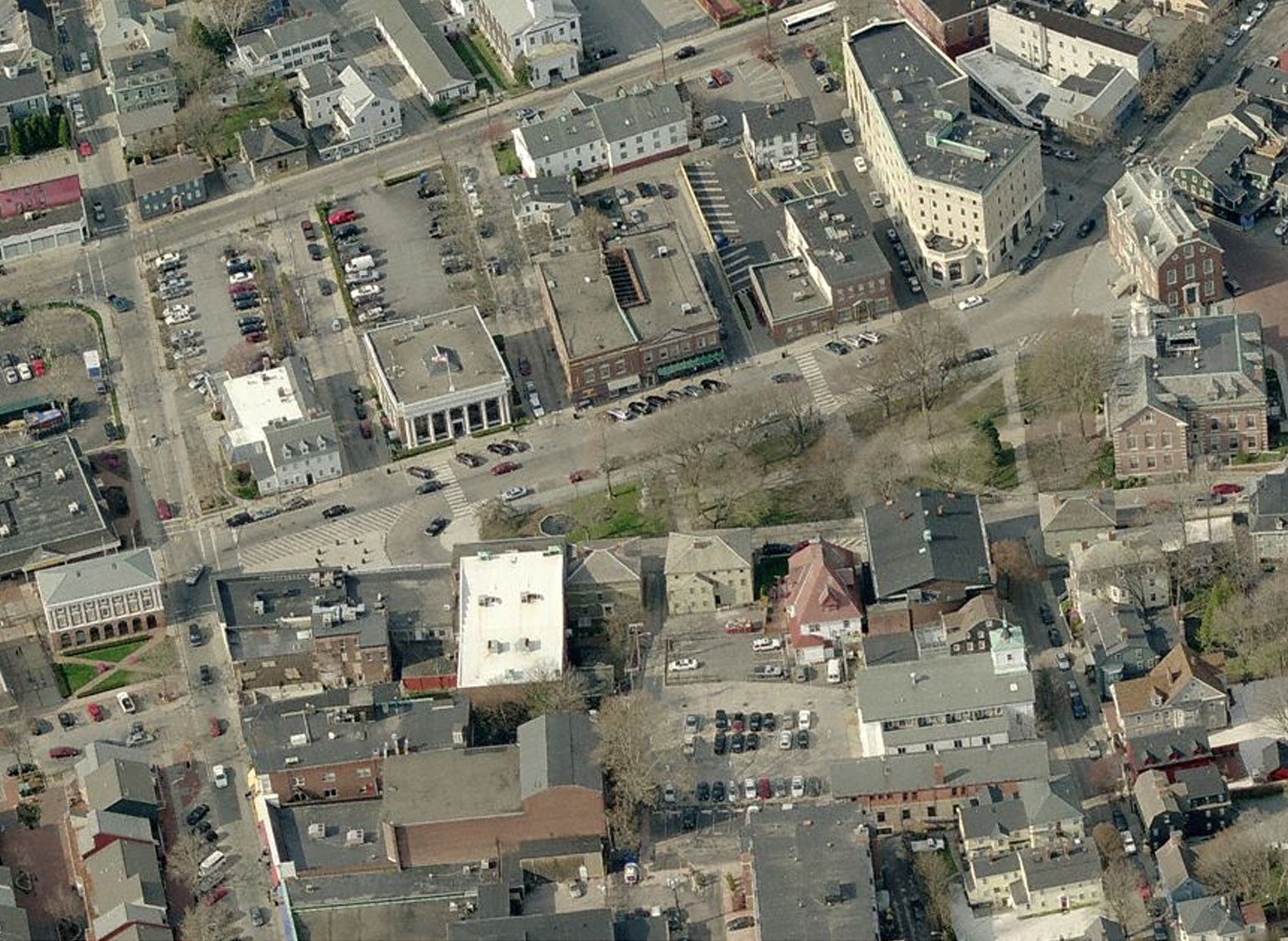