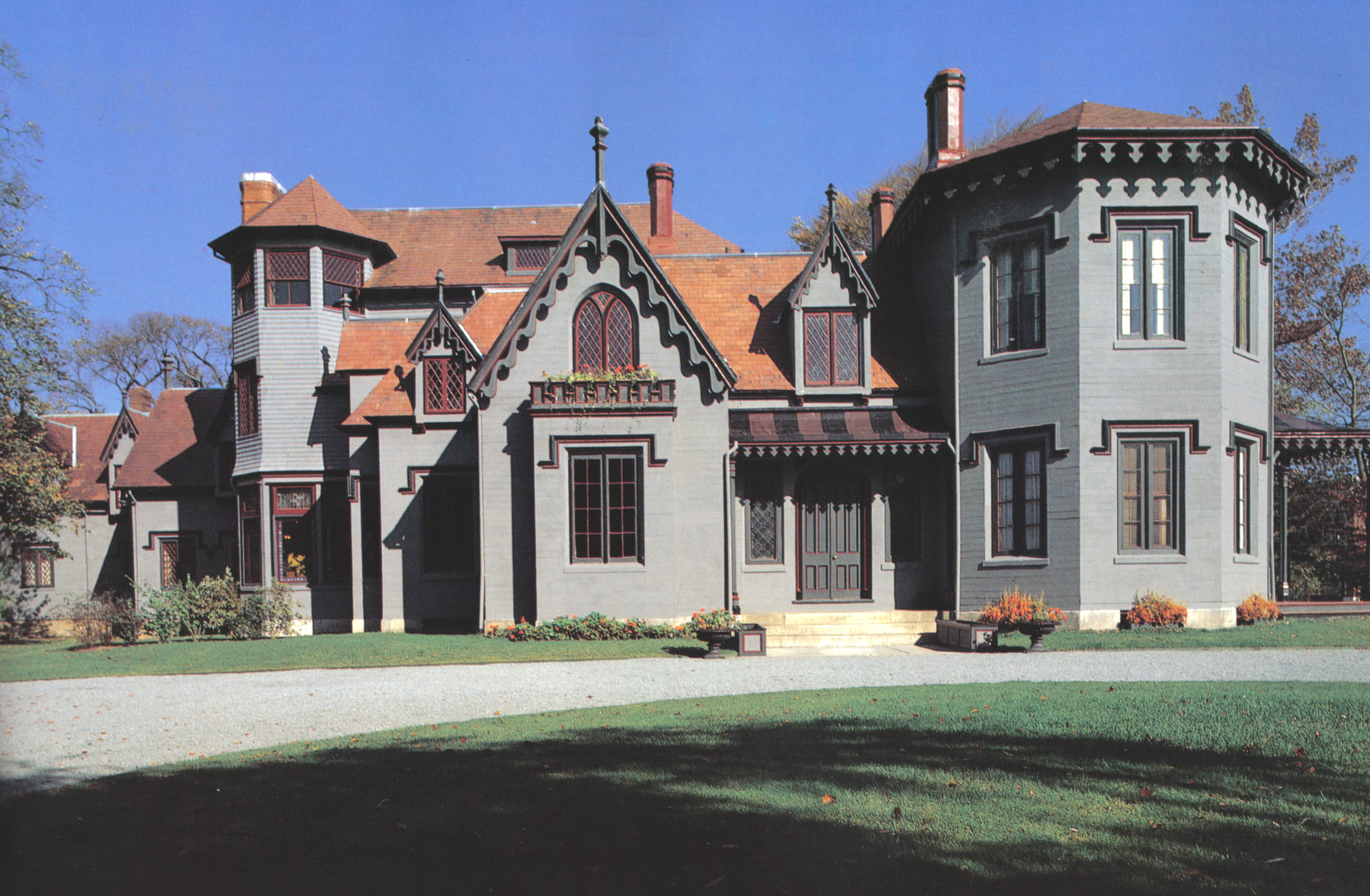 Following the Revolutionary War, Newport went from being a elegant and prosperous colonial center to be a slowly recovering economic outpost. While the period immediately following the Revolutionary War did experience some buildings constructed in the Federalist Style, but not nearly so many as in cities like Boston and Philadelphia and Charleston.  An architectural style that was very popular during the early period of America’s growth was the Greek Revival style, as Americans sought to find an architecture more rooted in ancient democratic traditions than the styles connected with the architecture of Europe ruled by royal dynasties. Excavations and archaeological expeditions brought back images of the Acropolis and the low-sloped roofed structures with pediments supports by Doric and Corinthian columns. These images in turn quickly found their way into much of the architecture built in the early Nineteenth century. However, these formal, symmetrical buildings were better suited to the Mediterranean climate than to the New England snow and winters of Newport and so the architectural style swung back in the direction with the Rise of the Gothic Revival and Cottage Ornee styles. Richard Upjohn was a noted New York architect of the mid-Nineteenth Century and designed the George Noble Jones house, which is owned by the Preservation Society and open for visitation. Following the Gothic Revival, the Second Empire Style became widely used in Newport thanks largely to Newport architect George Chaplain Mason. He designed many dozen of houses in this style throughout Newport, but most frequently in the Kay-Catherine neighborhood. These large Victorian Era homes have largely been maintained and preserved as single family residences. The other style present for this time was the Queen Anne Revival style, which help anticipate and lay the groundwork for the shingle style.

Following historical periods (the Gilded Age and the Modern Era) will be posted in the upcoming weeks as a blog series.

Check out our latest walkthrough: